I Wrote 4 Books on Elvis. Here’s How I Remember Lisa Marie Presley 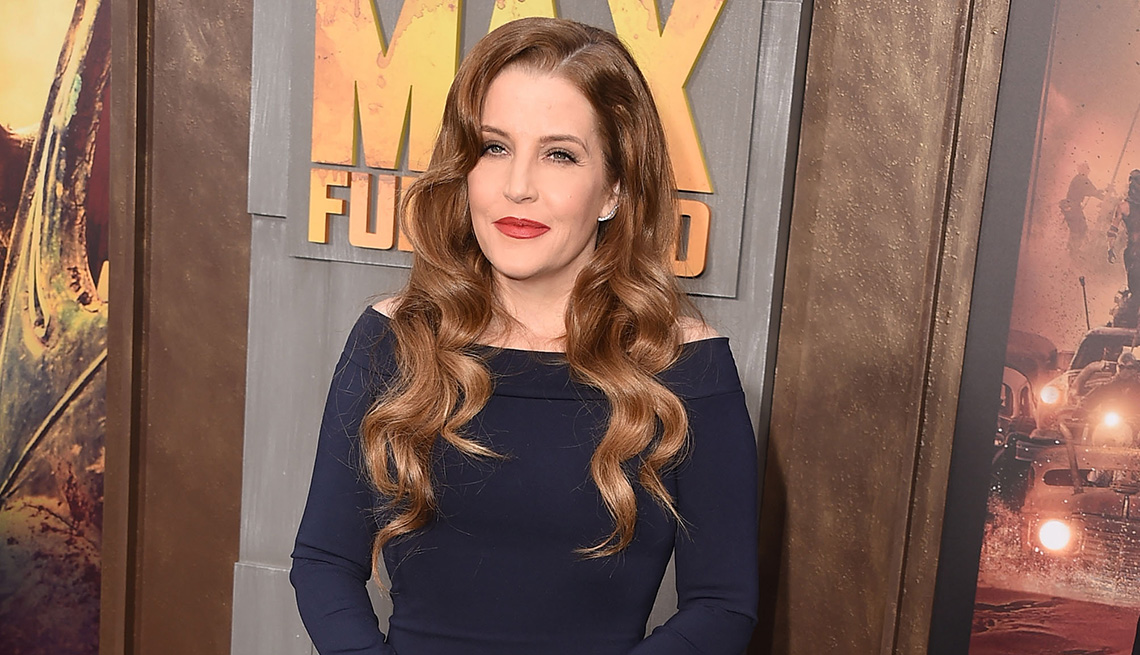 When Elvis Presley, the rock ’n’ roll pioneer whose music catapulted him to stratospheric fame, made his first appearance on The Ed Sullivan Show in 1956, I sat enraptured in front of my family’s chubby black-and-white TV. I had started first grade that month, but my real education happened right there in the living room. Elvis Presley dictated the path of my life. I couldn’t get enough. Scrapbooks. Guitar. Imitating his sneering wiggle for my friends. When he died on my birthday in 1977, I covered his funeral for the Louisville Courier-Journal, which led to my writing four books about his life, and scores of articles about him and his family over 46 years.

Elvis reveled in his popularity, and he rewarded his fans by signing autographs for hours at the ornate music gates of Graceland, his Memphis home.

But his only child, Lisa Marie, who died last night at 54 after suffering cardiac arrest at her home in Calabasas, California, had a darker view of fame. In observing her, interviewing her and attending three of her concerts, it was clear to me that she saw fame as a thief that robbed her of everything that mattered. 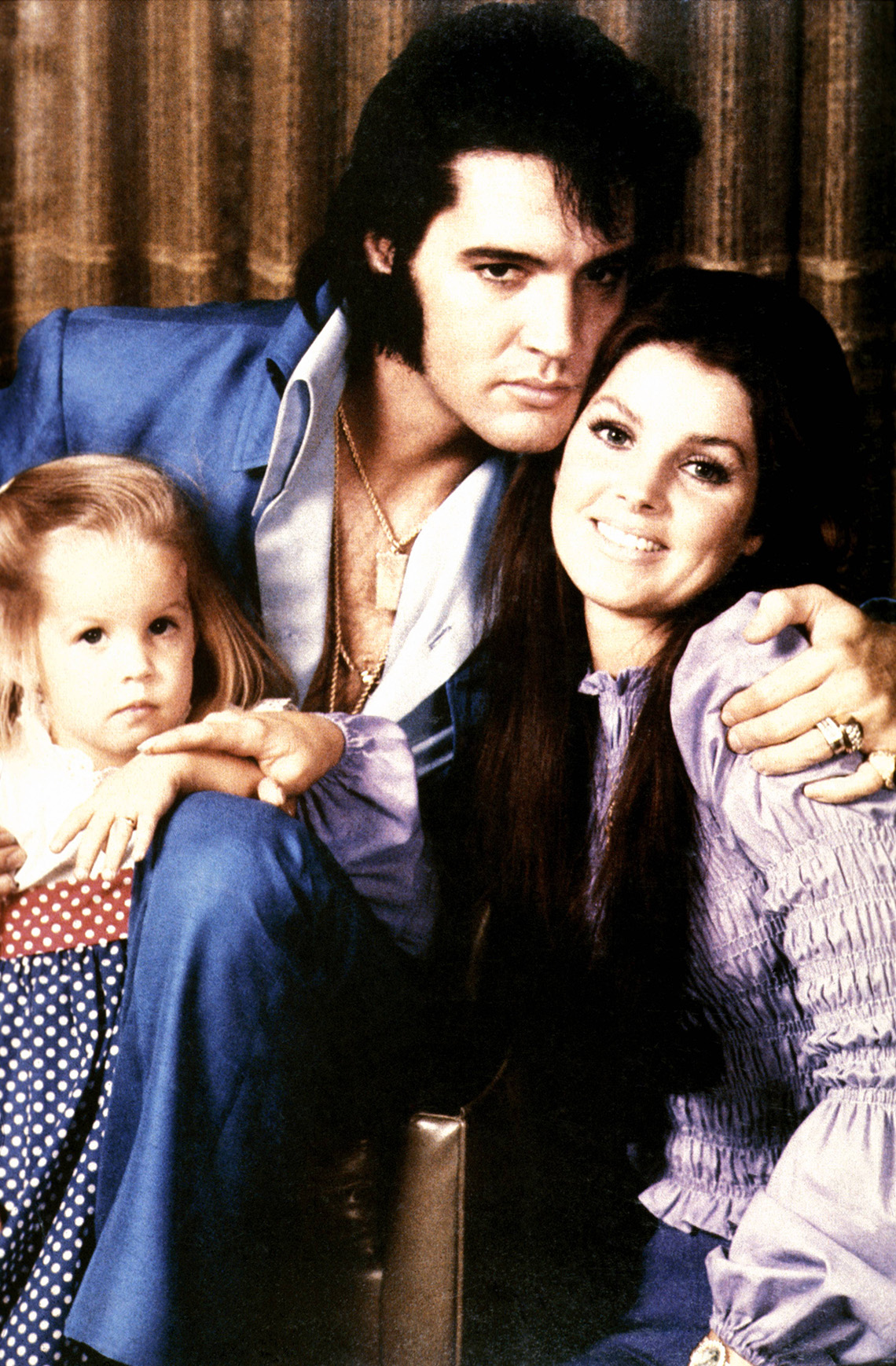 Her father’s suffocating notoriety, along with her parents’ divorce when she was 5, made her sullen and angry. By 8, she, too, was signing autographs at the fabled Graceland gates, but the child was just as liable to scribble an expletive before her name as not.

I would be lying to you if I said that I hadn’t seen her death coming. And a lot of fans would say the same thing.

She was 9 when Elvis died, and she saw his sad end barreling down on her like a freight train.

“One night when I was about 5 or 6, we were watching TV. I looked up at him and said, ‘Daddy, Daddy, I don’t want you to die.’ And he just looked down at me and said, ‘Okay, I won’t. Don’t worry about it.’ I said that to him several times when we were alone together. … I guess I was picking something up,” she told Life magazine.

As one of the small clutch of reporters allowed in the mansion the day after Elvis died, I can tell you that we worried about her, since Lisa witnessed her grandfather, Vernon, and members of Elvis’ entourage desperately trying to revive her father, who had collapsed and died at 42 of a heart attack at Graceland. His death occurred during one of her visits from Los Angeles, where she lived with her mother. Lisa inherited the Presley estate, but she left the running of it largely to her mother, Priscilla, and a team of advisers. She returned to Graceland, which she owned until her death, at holidays, taking down the red ropes and enjoying the tourist attraction as a home again, trying to recapture the happy days.

Lisa Marie, who, with her hooded eyes and smoldering beauty, looked so much like Elvis, followed in his footsteps, making three well-received albums of her own, from 2003’s To Whom It May Concern to 2012’s autobiographical Storm & Grace. Many of her original songs draw on sardonic humor to describe her life and her uneasy relationship with the Church of Scientology, which she tried to escape by briefly moving to England in 2010.

She also was wickedly funny in describing her place in the Presley legacy and her ultimate fate. In her song “Lights Out,” she referenced Graceland’s Meditation Garden, where she is expected to be buried next to her late father and son:

Someone turned the lights out there in Memphis / Ooh, that’s where my family’s buried and gone. / Last time I was there I noticed a space left / Oh, next to them there in Memphis, yeah, in the damn back lawn. 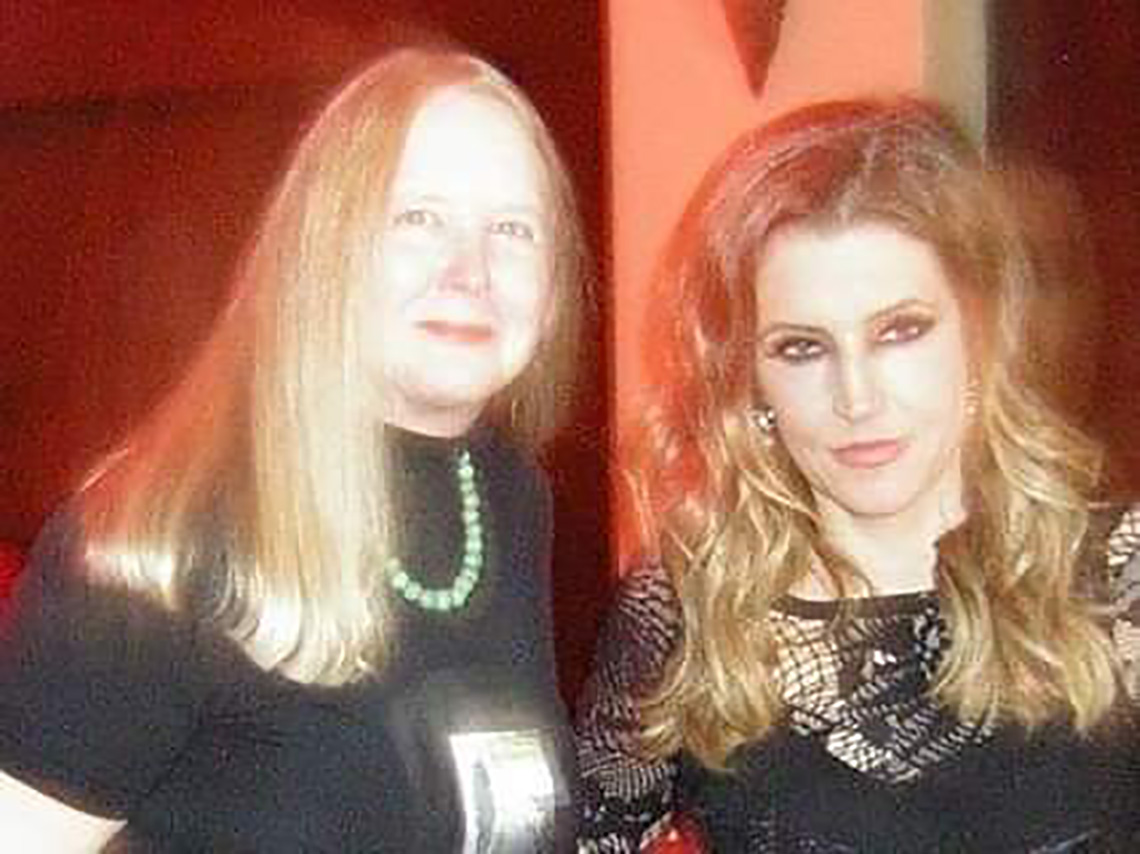 In conversation, Lisa, as her family called her, was surprisingly candid and approachable, even though she admitted that she tended to isolate herself. “I become angry when I feel vulnerable,” she told me. “As a mechanism, I will get angry or put a wall up. That is just one of my flaws, I will say.”

She was also not shy in describing her tumult, disappointment and unyielding tragedy — addiction, four broken marriages (including brief unions with singer Michael Jackson and actor Nicolas Cage), financial troubles and, in 2020, the suicide of her 27-year-old son, Benjamin Keough, which she publicly said “destroyed” her.

“I’ve dealt with death, grief and loss since the age of 9 years old,” she wrote in an essay published in People magazine in August for National Grief Awareness Day. “I’ve had more than anyone’s fair share of it in my lifetime, and somehow, I’ve made it this far.”

But despite that declaration of survival, Lisa seemed to struggle in her public appearances in the days before her death. Last weekend, when she appeared at Graceland for the celebration of what would have been her father’s 88th birthday, she did not look well to me, even for a woman who rarely smiled in public. Others saw it too.

“She seemed depressed and infirm,” a fan wrote on Facebook. “It felt like she had made a huge effort to be there to say a final goodbye to Elvis fans, who were a huge part of her entire life.”

And on Tuesday, as I watched her final public appearance, I fretted about her as she cried on TV, sitting with her mother when Austin Butler, who played her father in this year’s hit biopic Elvis, won a Golden Globe for best actor. He thanked her in his acceptance speech. (“Lisa Marie, Priscilla, I love you forever.”) On the red carpet, her face was an almost frightening, inscrutable mask. She had admitted that the film, which she praised, had awakened a torrent of emotion.

“I really didn’t know what to do with myself after I saw it,” she said to Entertainment Tonight. “I had to take, like, five days to process it because it was so incredible and so spot on and just so authentic that, yeah, I can’t even describe what it meant.”

She leaves behind her mother, half brother musician Navarone Anthony Garibaldi, 35, and three children — actress Riley Keough, 33, from her marriage to musician Danny Keough, and twins Harper and Finley, 14, from her last marriage, to guitarist-producer Michael Lockwood.

Throughout her life, she seemed to search for family normalcy. She appeared happiest in England, where she told me she spent her days gardening and cooking in the country, among “people with a conscience and a common sense of right and wrong.

“The paparazzi were sitting outside my house one day, and a farmer backed his truck into them. He was like, ‘Hey, leave her alone.’ I hadn’t even met him yet. I thought, Okay, now that’s just a really good person who’s protecting me, and I don’t even know him. It’s simple, but it was very telling of human nature. I needed to rediscover that again.”

Alanna Nash is the author of four books about Elvis, including Baby, Let’s Play House: Elvis Presley and the Women Who Loved Him. 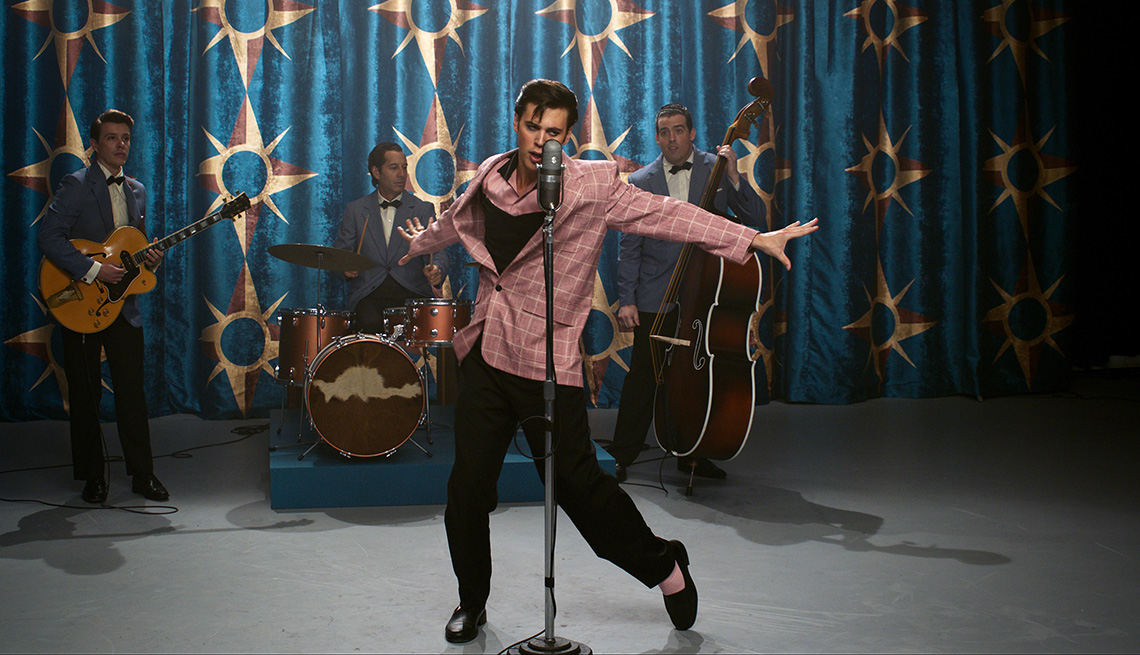 The 10 best Presley impersonators, from Don Johnson to Harvey Keitel 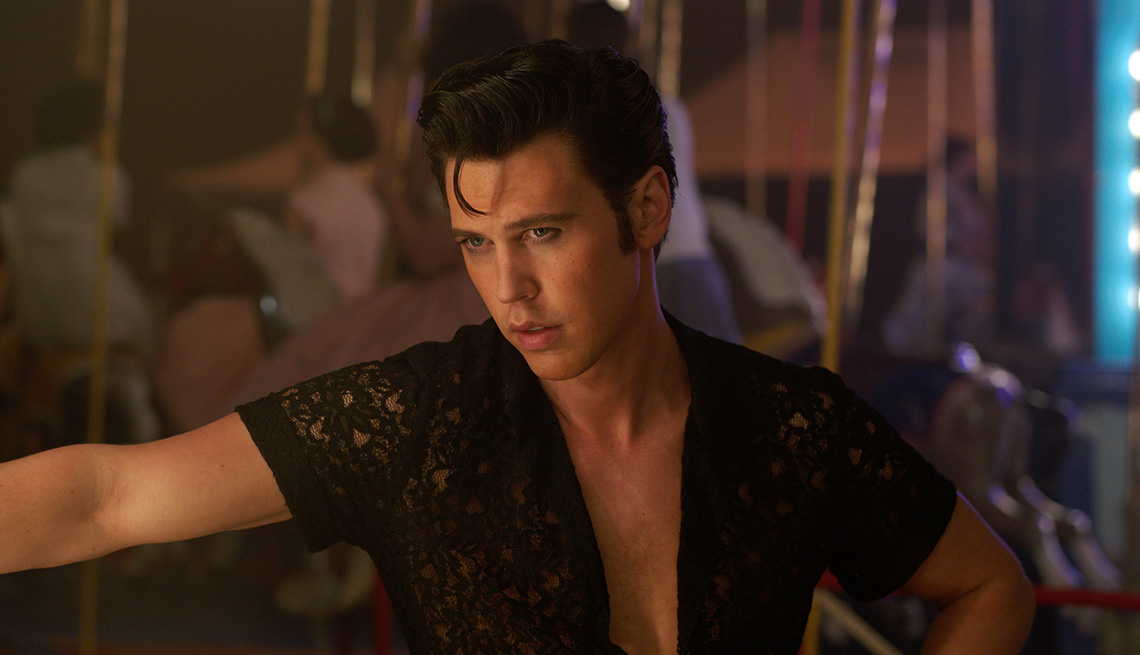 How Accurate Is the Movie ‘Elvis’?

Presley expert Alanna Nash rates the truth of each scene 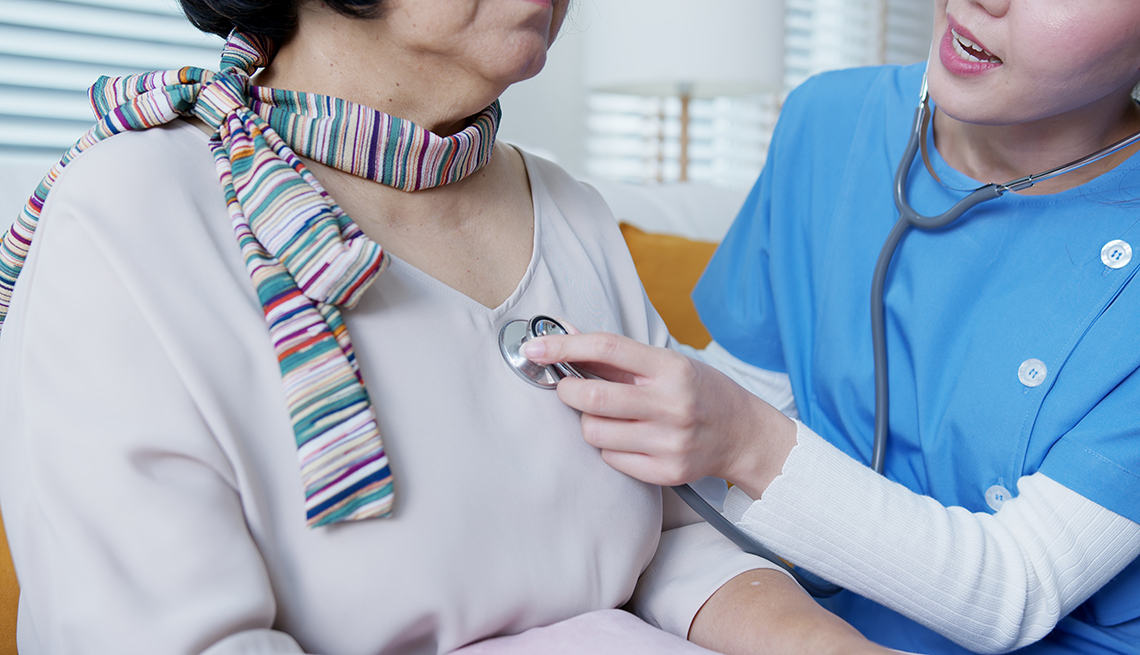