Mel Brooks Is Still Cracking Us Up

At 95, the renowned comedian looks back on his life and career in a new book, ‘All About Me!’ 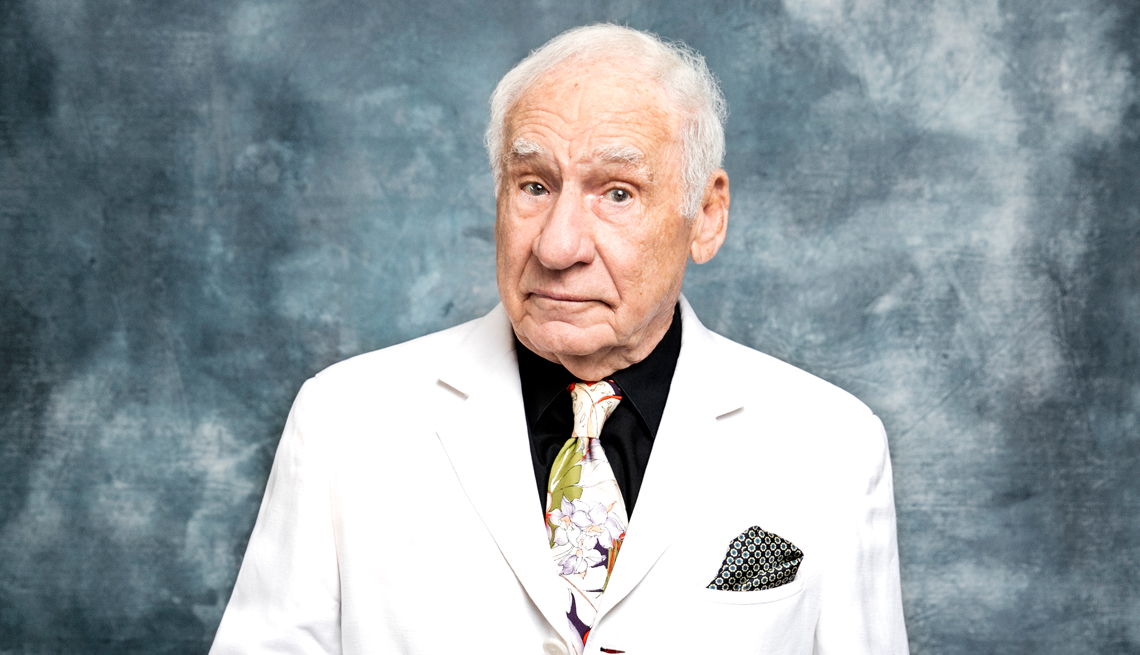 When did you first realize you were funny?

When I do my stand-up act I say, “I knew I was funny when people would peer into my crib and break out into laughter. I knew, right then and there, that that’s what I had to do for a living — just show my funny face.” I had the happiest childhood ever in Brooklyn. But it all came to a close when I was 9 and they asked me to do something called homework. I realized then that life wasn’t going to be a free ride. They wanted something back.

Why did you change your name to Brooks?

I changed my name because I was a drummer [at age 14], and I didn’t think that “Melvin Kaminsky” would look as good as “Mel Brookman” on a bass drum. Brookman was my mother’s maiden name. I started painting “Mel” and “Brook” on the drum, but there wasn’t room for the “man,” so I threw in an “s” instead. Then I get a little notoriety as a drummer, and that name﻿ —﻿ Mel Brooks﻿ —﻿ stuck.

What did drumming teach you about comedy?

There is a thing in drumming called the rim shot, where the stick hits the edge and the middle of the snare drum at the same time. It’s a great sound. It’s like the punch line of a joke. Drumming is about rhythm, and comedy is about rhythm, too.

What did you learn working with Sid Caesar?

He’d do impressions, but not of James Cagney or Edward G. Robinson. He’d do real people, like the guy who works at the garment center or the bus driver. And they were brilliant. He was an enormous talent. So I hitched my wagon to his star.

What was the creative environment like at Sid’s shows?

We’d curse at each other all the time. The writers room was like a battleground. But in the end, we realized that a good, funny idea is like a high tide﻿ — ﻿it raises all boats.

Tell me about Carl Reiner, your partner on the 2,000 Year Old Man records. 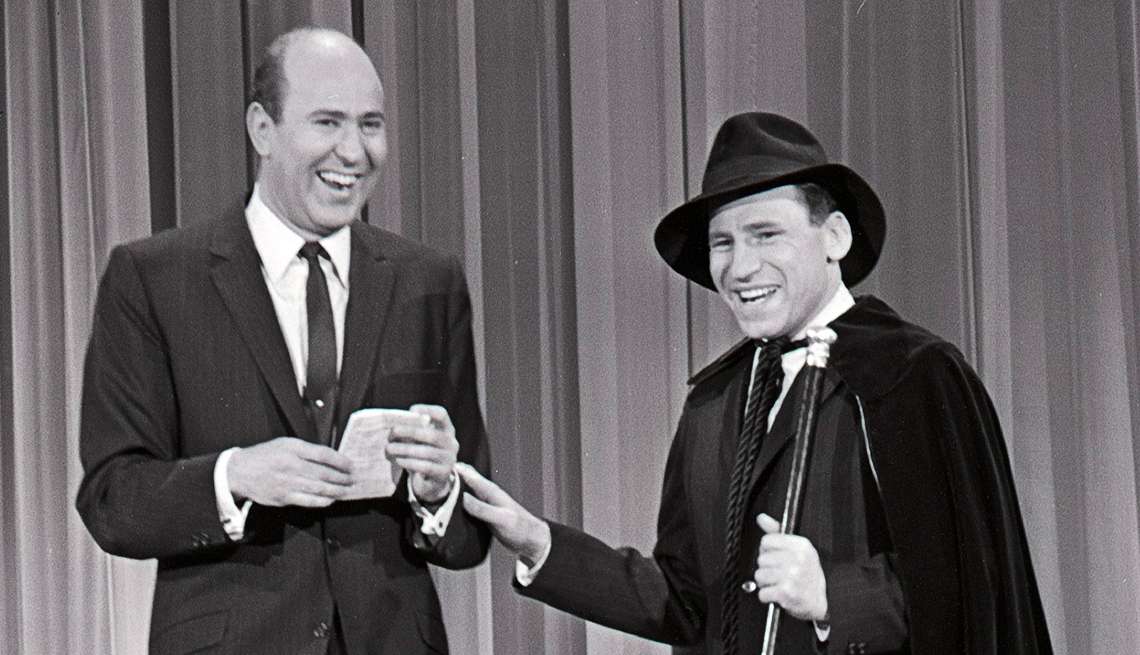 He enjoyed trapping me like a mouse in a corner, and then he’d be amazed when I’d come flying out with a joke. Sometimes, if I hit him unexpectedly, he would literally fall down on the floor. We had the most fun [doing the act] at parties. Once, he asked me, “You’ve had many wives. Who was your favorite?” “Shirley,” I replied. “Why Shirley?” “Because every time Shirley came to the house, she brought her friend Leila.” And Carl hit the ground. Making him laugh out of control was the thrill of a lifetime.

Falling down laughing? You must be exaggerating.

Oh, no! I was a purveyor of a different kind of comedy. Comedy that was unexpected, true, human﻿ —﻿ and busted people up.

Falling down laughing? You must be exaggerating.

Oh, no! I was a purveyor of a different kind of comedy. Comedy that was unexpected, true, human﻿ —﻿ and busted people up.

How would you define it?

It’s people comedy. It’s not made up. It comes from everyday life, from what we all know about living and dying. I left the Henny Youngman school of comedy very early in life. You know, ﻿"My wife said, ‘You never take me anywhere anymore. So I took her to the kitchen’ ” jokes don’t make it. It has to come out of human endeavor, and then it works.

In your book you talk about how all your movies are about the conflict between love and money. How so?

Is it greed﻿, or is it love? Do the characters go after the gold or after the relationship? That happened with my first movie, The Producers, which is based on the idea that you can make more money on Broadway with a flop.

Did that come from your family experience?

No, it came out of opening my eyes to what society was all about. Society is about success and failure. To achieve success, you might want to give up some sweet, wonderful human qualities. But that’s a high price to pay if you lose the love of those around you. I realized that that’s a basic problem for all of humanity, not just for me.

You also make the point that funny movies have to have a serious underlying theme.

It can’t be just silly comedy with pies in the face. Something has to drive it. Blazing Saddles, for instance, seemed to be a frivolous, crazy movie, but the engine behind it was racial prejudice. The idea that we’ve got to realize that all people deserve respect. 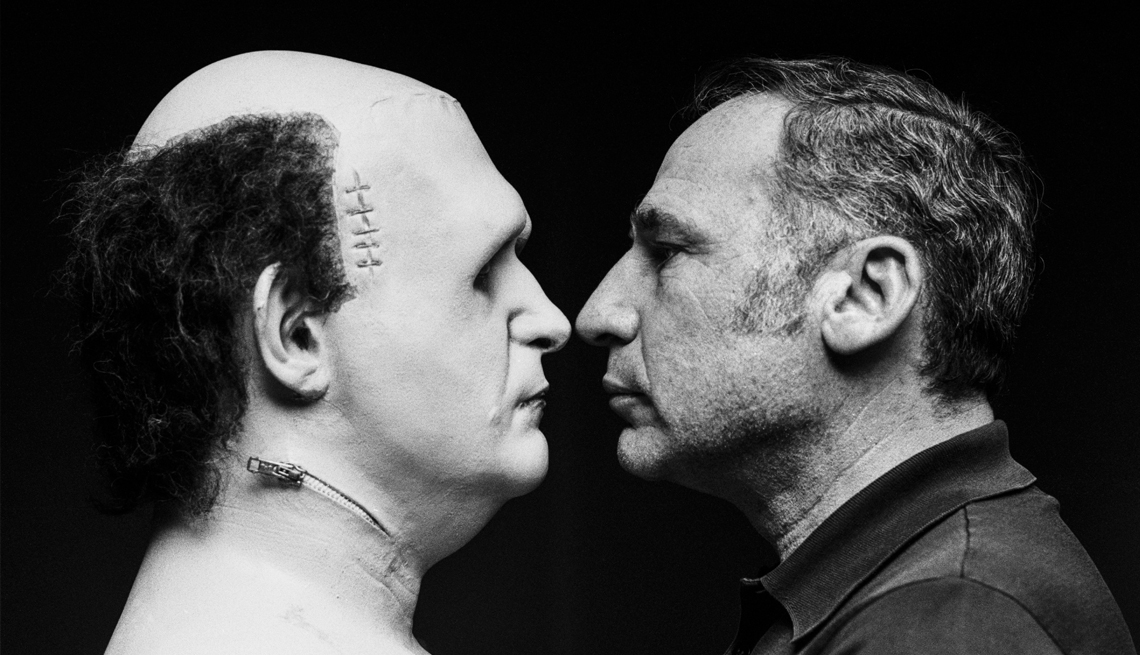 When you started as a comedy writer, you got so nervous that you sometimes vomited in the studio parking lot. How did you get over that?

Mel Tolkin, our head writer on Your Show of Shows, sent me to see his psychoanalyst. He helped me figure out the reasons for the nervous throwing up. It all boiled down to not enough self-esteem. Once I gained enough confidence, I not only stopped throwing up, but I also demanded a raise﻿ —﻿ and I got it!

When you were making Blazing Saddles, the studio head gave you a long list of changes he wanted you to make, and you didn’t do any of them. Where did that come from?

I wasn’t alone. The Warner Bros. head of production was John Calley, and he was as astounded as I was with all the crazy changes that the studio was asking for. So when I tossed their list of changes into the trash can, he said, “Good filing!” And then I knew I was on the right track.

What did you learn about comedy from Alfred Hitchcock?

Hitchcock is all about perfect timing. That goes for drama, suspense﻿ —﻿ and even comedy. He taught me how to bring scenes to a boil.

It’s not a ritual. It’s very simple. It’s called rehearsal. The more you rehearse, the better the scene.

How has the pandemic changed your life?

The bad was missing seeing my family and friends. The good was when I’d go out, I didn’t have to sign autographs because nobody recognized me under my mask!

If the 2,000 Year Old Man were around today, what question would you ask him?

Unfortunately, I am not the truly gifted Carl Reiner, and no one could ask the 2,000 Year Old Man questions like he could. 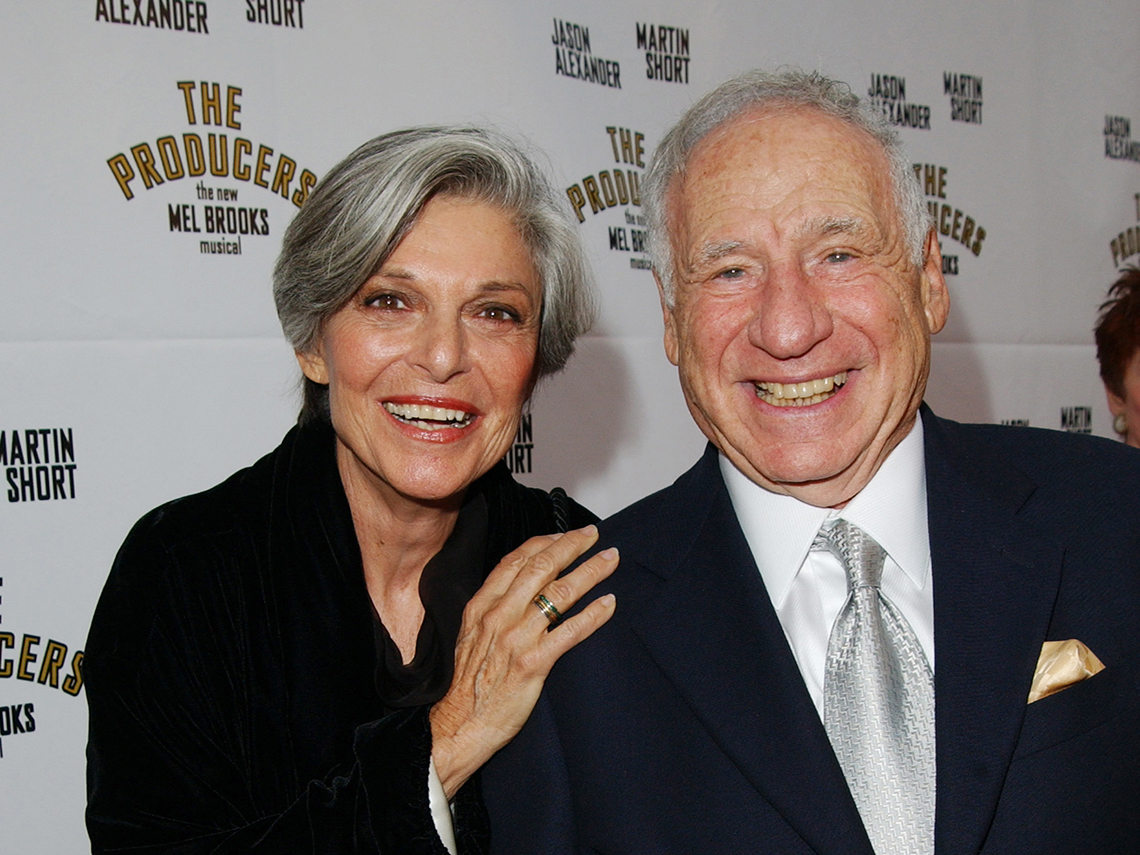 Tell me how you met your second wife, Anne Bancroft. As I recall, you saw her at a rehearsal for The Perry Como Show.

She was the guest star, and when she came out onstage, she was wearing a stunning white gown. She was absolutely gorgeous, and she sang beautifully. When she finished, I couldn’t help myself. I jumped up and said, “Anne Bancroft, I love you!” She said, “Who the hell are you?” I said, “I’m Mel Brooks. You don’t know me.” And she said, “You’re wrong! I’ve got your record!” Anyway, I went backstage afterward and asked her to have coffee with me. We literally fell in love on that day. She was made in heaven for me, and she told her analyst the next day, “You’d better get me sane because I think I just met the man that I want to live with for the rest of my life.”

What’s your secret, Mel? How have you sustained such a high level of creativity throughout your life?

I’d say stuffed cabbage has kept me going. I love it.... I don’t know. I think there was something rich and wonderful about growing up in Brooklyn. It was a magical place that filled you with dreams, ideals and a love of life. I remember being a little kid and actually loving being alive. They say comedians usually have a bad childhood, so they make up for it with laughter and love from the audience. That’s nonsense! For me, it’s about continuing the love you got as a child. I had a lot of love as a kid, and I don’t want that love to stop. 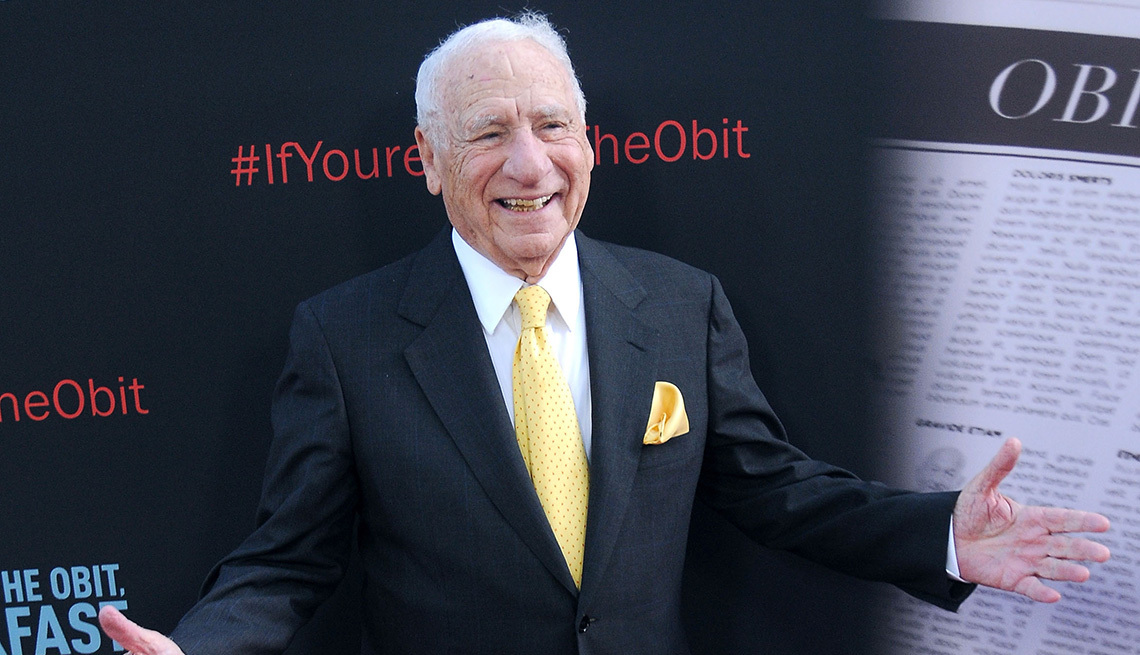 95 Things We Love About Mel Brooks on His 95th Birthday 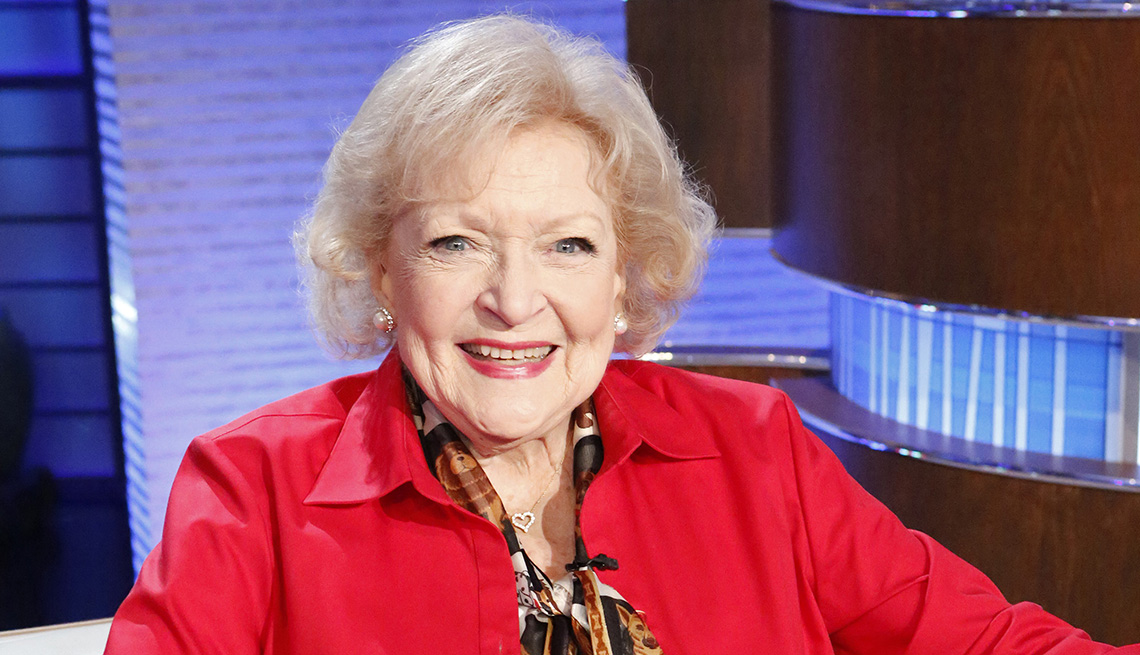 Here's how to pay tribute to the great comic actress 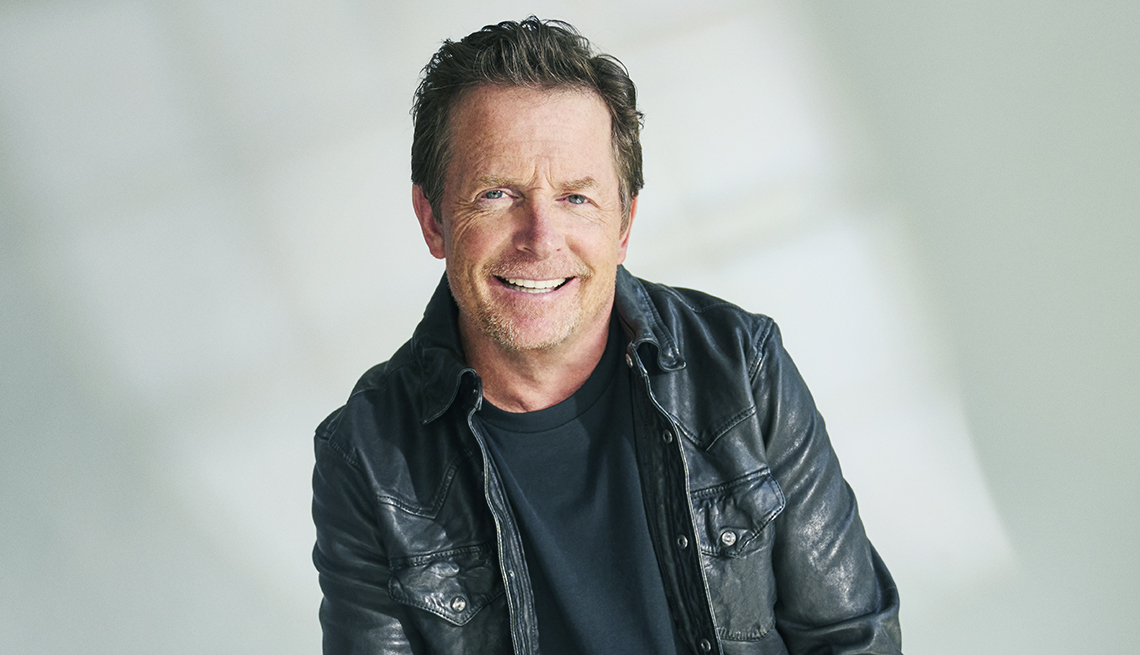 ​Michael J. Fox Is Ready to Tackle Whatever Comes Next

​His acting days are over, but his drive to inspire and help others is unstoppable