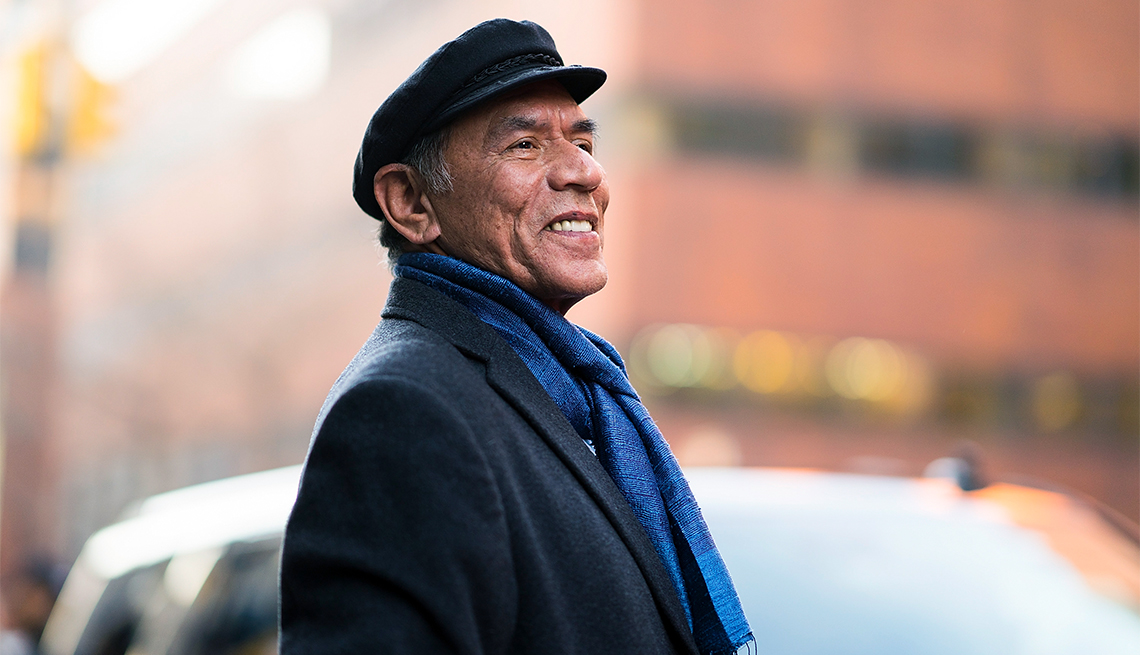 Actor Wes Studi, seen here in New York City last year, has appeared in the movies "Dances With Wolves" and "The Last of the Mohicans"

Actor Wes Studi, who starred in last year’s film Hostiles as a dying Cheyenne chief being escorted back to his Montana home by a reluctant white cavalry officer, is a boomer, born in 1947. And like all American boomers who grew up in the 1950s — the glory years of westerns in movies and on the TV screen — he played cowboys and Indians with neighborhood friends.

“It’s not a good thing,” he tells AARP from his home in Santa Fe, N.M. “It was counterproductive.”

Likewise, Hollywood’s habit of casting white actors in starring roles was also counterproductive. As a kid, Studi says he wasn’t aware of the racial inequities in the country. But he added, “I do remember one thing: That was the matter of seeing actors like Tony Curtis [playing Pima World War II hero Ira Hayes] and Chuck Connors playing Geronimo.”

Studi knew even as a child that those stars weren’t reflections of himself. “I remember what most affected me was there was something extremely wrong here, because they were not identifiable and really contrasted with any of the real-looking Indians who were usually standing behind them. It gave me almost a nauseous feeling. I couldn't describe it to you now, but it wasn't a pleasant reaction.”

The one productive portrayal that he could relate to was the Lone Ranger’s “faithful Indian companion Tonto,” played by Mohawk actor Jay Silverheels during the television show’s run from 1949 to 1957. “In my own personal history, there was Jay Silverheels. He was the shining star, and he was working. As far back as I can remember, that's the only person we had in there,” Studi says.

Studi was educated at the Chilocco Indian Agricultural School, part of a program created by the U.S. government in 1884 to teach academics and agriculture to American Indian youth from all tribes so they could assimilate into mainstream America. Studi studied dry cleaning, and upon graduating in 1964, he joined the Oklahoma National Guard. He signed up for active duty in Vietnam and spent 18 months between 1968 and ’69 — “just in time for Tet,” he said, of the Vietnamese New Year in 1968, when the Viet Cong launched a series of furious battles. 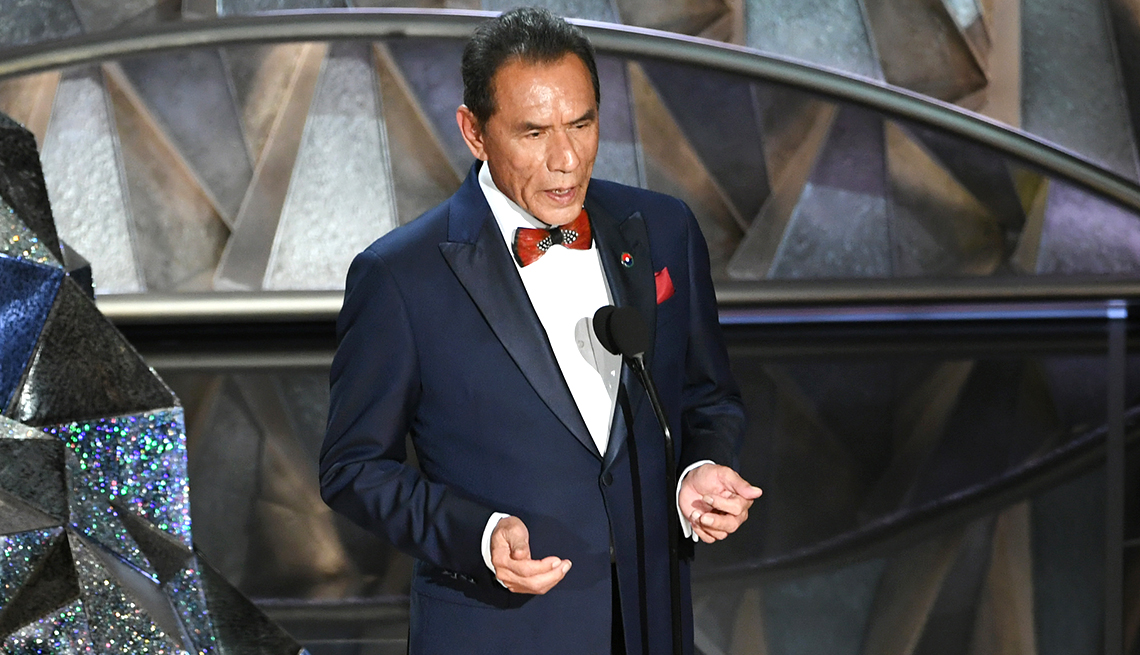 Around that time, Hollywood productions began casting Native American actors in Native roles: Will Sampson in One Flew Over the Cuckoo’s Nest and The Outlaw Josey Wales, Chief Dan George in Little Big Man and Eddie Little Sky in A Man Called Horse. “Our numbers began to grow only in the late '60s and '70s,” Studi says. “Now we have so many capable people who would like to get in the business of show business.”

What’s needed for that barrier to come down once and for all is to have Native Americans in positions of power in studios. “The only way I can see it happening is to get some of us in there to where we can make some decisions,” Studi says. “The Indian boarding schools back in the day were run by churches and governments and staffed by non-Natives. As time went on, Native Americans began to staff those organizations, and things changed. And tribal governments have been taken over by real Native Americans over the years, and things have changed for the better. Otherwise, it remains stacked against us.”

Studi laughs at the suggestion that he needs to become a superstar, get rich and bankroll his own movie studio. But he agrees that kind of power leads to distribution, which is how movies get to the masses. Otherwise, Native American filmmakers and actors will continue to produce independent films and reach loyal but small audiences. “We need distribution — venues to put the film into. We as Native Americans don't have the infrastructure to do that,” he says.

Studi took to acting late — his first film role was in a Nebraska TV production. His first big movie was as “the toughest Pawnee” in the 1990 hit starring Kevin Costner, Dances With Wolves. His most memorable early role was as Magua, the intense Huron warrior in The Last of the Mohicans, the 1992 movie starring Daniel Day-Lewis. He has a long acting résumé, including Eytukan, the chief of the Omaticaya clan on the planet Pandora in the blockbuster Avatar.

And in March, Studi took on a new role: presenter at the 90th Academy Awards ceremony. While the academy doesn't track its presenters, many reports list Studi as the first American Indian presenter in the show's history. He was asked to introduce the tribute to military veterans with a montage of Hollywood war movies, and he gave a shout-out to Native American veterans in Cherokee at the end.

“I think that it was high time that veterans were honored, as well as it was high time the academy had a Native as a presenter,” he said. "When we got the invitation to present, I was, like, ‘Oh, wow.’ It was kind of unbelievable at first.

“At the beginning, I was asked to give a sound editing award with Laura Dern. But within a few days, the academy called again and came up with the idea of a tribute to the military. That was probably the result of the talk about [the hashtag] ‘#OscarsSoWhite’ a few years ago. Organizations like the academy always risk becoming dogmatic in their thinking.”

Studi says some people suggested he give the entire tribute in Cherokee, but he didn’t think that would work. “So I simply added the shout-out at the end, and it got a lot of response.”

It was a nice bit of justice, years after his childhood playing cowboys and Indians, to be able to embrace his Native American heritage to Hollywood in front of a worldwide broadcast audience.