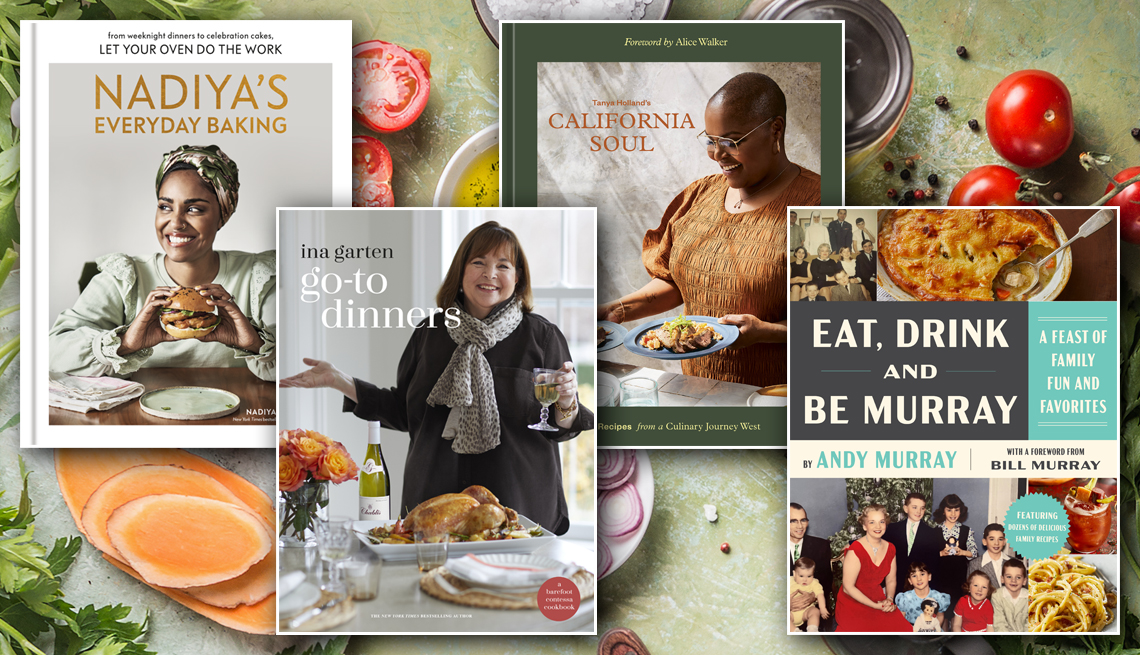 Reading through these cookbooks is enough to make your mouth water, or at least — for anyone who enjoys thinking about, preparing and eating fantastic food — inspire you to break from your go-to recipe list and try some tasty new dishes. These 10 are some of the year’s best, including the quirky (Andy Murray’s), the classic (Marcella Hazan’s) and the fun (Sammy Hagar’s). 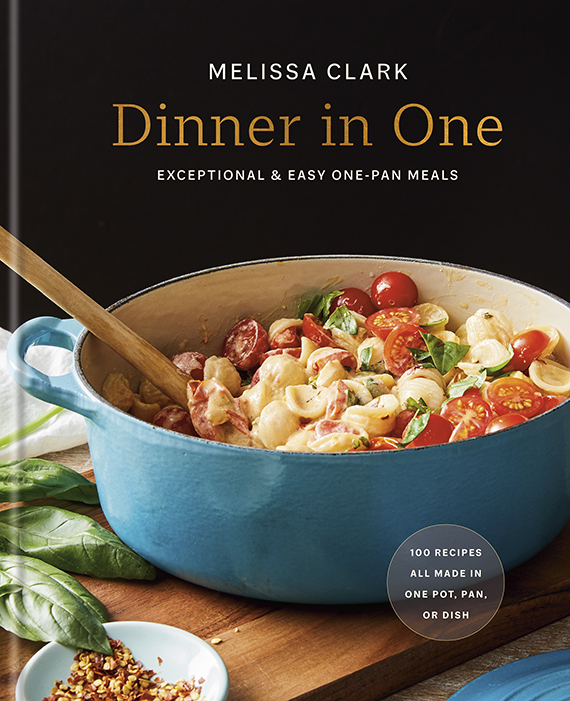 Dinner in One: Exceptional & Easy One-Pan Meals by Melissa Clark

Clark, author of Dinner in French and a New York Times food columnist, has another bestseller on her hands with this collection of 100 low-effort recipes. To pare them down, she said, she asked herself, “Is there a way I could make this recipe easier, faster and tastier?” Among them are one-bowl cakes (Ricotta-Olive Oil Pound Cake), quick sheet-pan dinners (Miso-Glazed Salmon With Roasted Sugar Snap Peas) and one-pot comfort meals (Gingery Coconut Noodles With Shrimp and Greens) — all perfect for when you want something delicious and easy. For most of us, that’s pretty much every night. 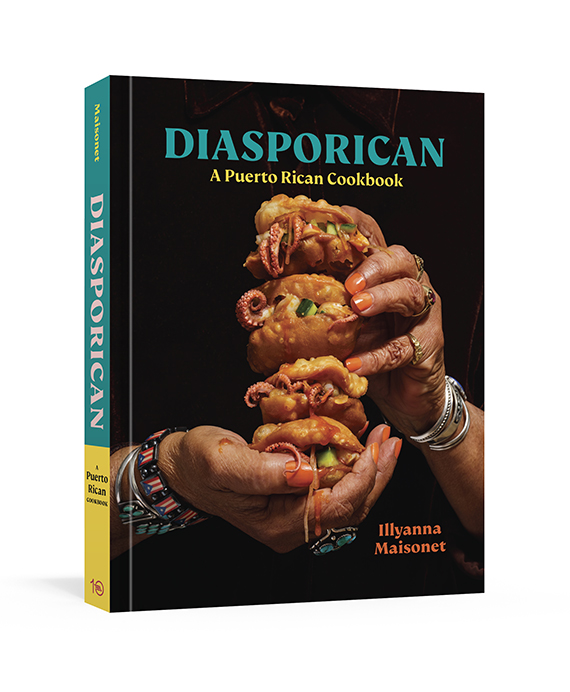 Food writer Maisonet offers an homage to the food from her homeland, cuisine that is complicated and hard to define, she writes, having “a lot in common with the cuisines of Hawai’i, Guam and the Philippines” — places that, like Puerto Rico, were colonized by Spain and the United States. Now based in the San Francisco Bay Area, the author celebrates that complex heritage with recipes for dishes such as arepas, flan de queso, a roasted whole hog, and sofrito — a puree of tomatoes, onions, garlic, peppers, culantro and cilantro that’s central to Puerto Rican food. 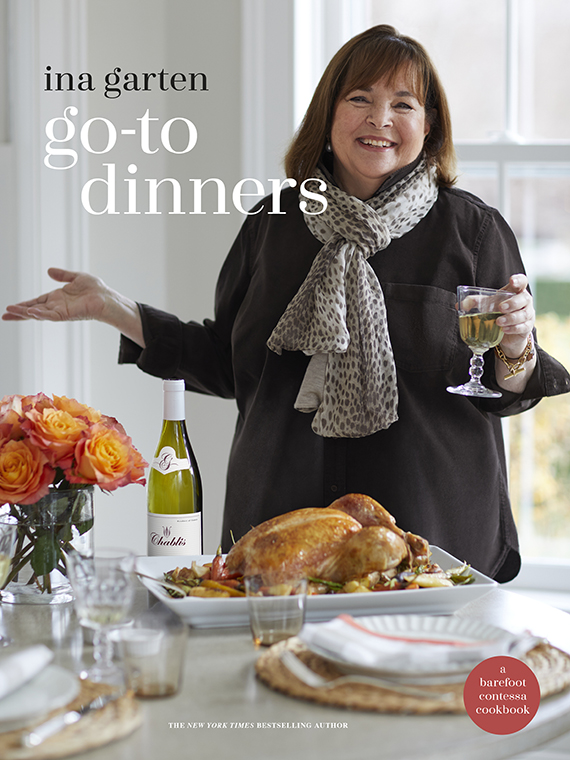 Go to Dinners: A Barefoot Contessa Cookbook by Ina Garten

At the end of a long day, it’s wonderful to have a trove of recipes for easy, tasty dishes, which is what Garten — the home cook, entertaining expert and TV host known as the Barefoot Contessa — had in mind when she created this cookbook featuring yummy and unfussy dishes like vegetables with jammy eggs, one-pot oven risotto, and blueberry ricotta breakfast cake, plus “two-fers” (recipes that can be made into two different dishes). But just because they’re easy doesn’t mean many of these gems aren’t good enough for guests (hot dogs wrapped in mustard-swiped puff pastry, for one). Find our interview with Garten and three recipes from the book on Members Only Access (MOA). 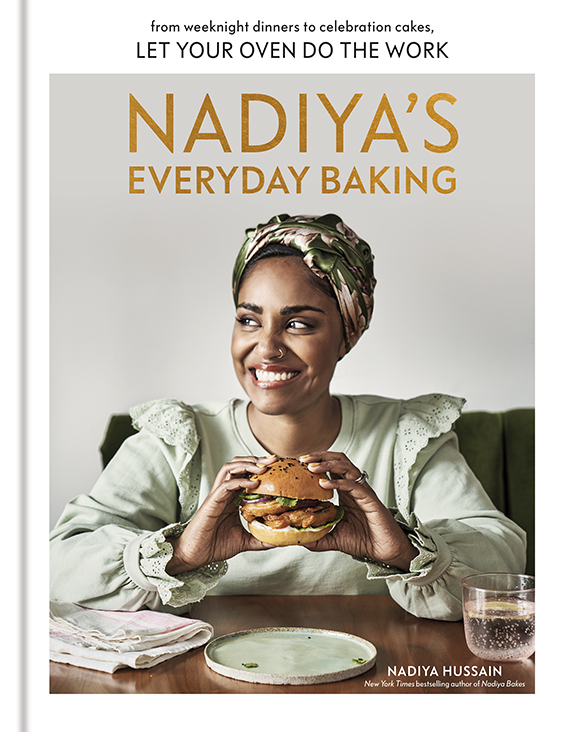 The 2019 winner of The Great British Baking Show offers “simple and achievable recipes,” from pizza topped with a traditional English breakfast to eggplant brioche burgers, butterscotch cheesecake coconut bars and poppy seed cake with pistachio praline. “There’s a recipe here for every kind of day,” she writes, including when you’re craving sweets, need on-the-go food or want healthier options. Bon Appetit named it one of the 27 best cookbooks of 2022. Fans of the show might also want to pick up cookbooks from the two judges: Paul Hollywood’s latest, Bake: My Best Ever Recipes for the Classics, which includes Victoria Sandwiches, sausage rolls, sourdough bread and more; and Bliss on Toast: 75 Simple Recipes, from Hollywood’s milder counterpart, Prue Leith. (Find recipes from Hollywood and Leith on MOA.) 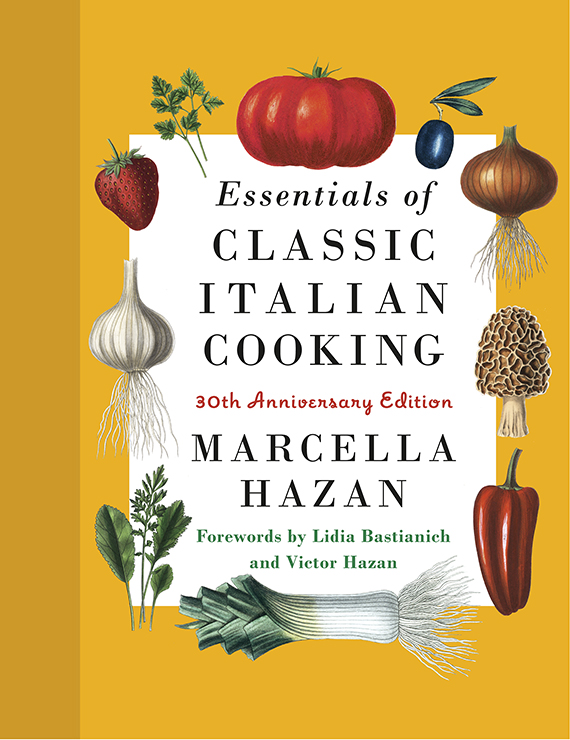 This is a new edition of the beloved, influential cookbook — its first incarnation (The Classic Italian Cookbook) was published in 1973 — with forewords by Lidia Bastianich and the late chef’s husband, Victor Hazan. Marcella Hazan, who emigrated from Italy to New York as a young woman with no cooking skills, is now often referred to as “the godmother of Italian cooking,” and this collection of 500 recipes (basil bruschetta; Bolognese sauce; and her famous tomato, onion and butter sauce, to name a few) is indispensable for any home cook who loves this marvelous cuisine. 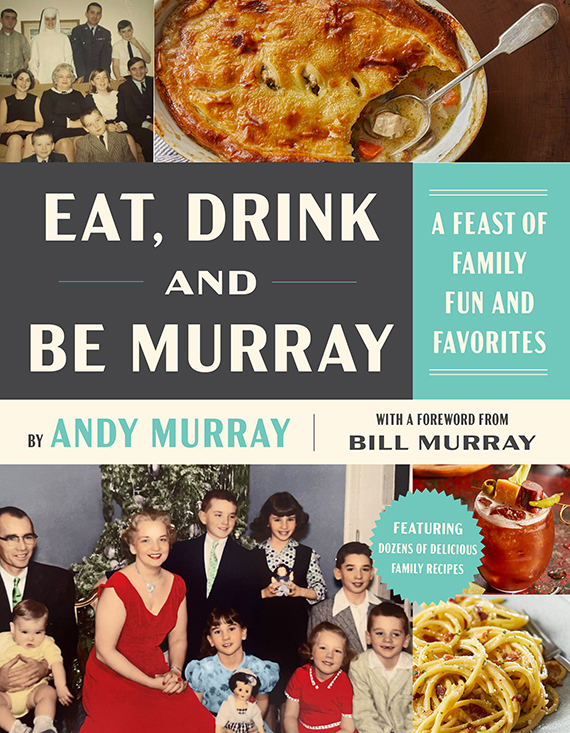 Eat, Drink, and Be Murray: A Feast of Family Fun and Favorites by Chef Andy Murray

Besides being the younger brother of actor Bill Murray, who writes the foreword, Andy Murray is a chef and owner of the Murray Bros. Caddyshack restaurants in Florida and Illinois. In this lighthearted cookbook, Murray weaves in stories about and photos of his family, which in his early years was composed of nine children and their mom and dad. Dad “was big on meat and potatoes … so that’s what we usually ate,” he writes. As a result, his chosen recipes are homey, including Lucille’s Fried Chicken (an homage to their mom), Key Lime Pie, Chicken Hash and Murray French Toast — challah or brioche dipped in orange juice, milk, vanilla and spices before frying. 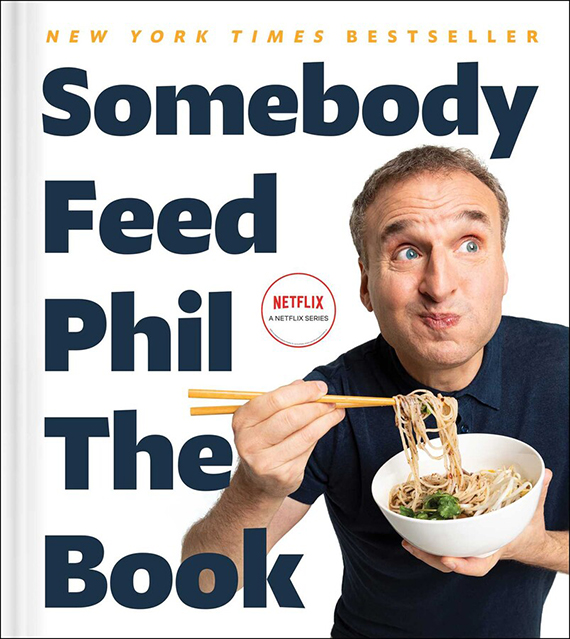 Rosenthal, creator of the sitcom Everybody Loves Raymond, is now famous for his award-winning (Emmy and James Beard) Netflix travel docuseries Somebody Feed Phil, where he gleefully explores local cuisine in such places as Maine, Lisbon, Bangkok and Venice. He does so with lots of humor and the premise that “I am exactly like Anthony Bourdain if he were afraid of everything.” Each chapter of this companion book, a New York Times bestseller, is devoted to an episode of the show and includes recipes, such as khao soi (a Thai coconut curry soup) and a classic New York-style sausage, egg and cheese. 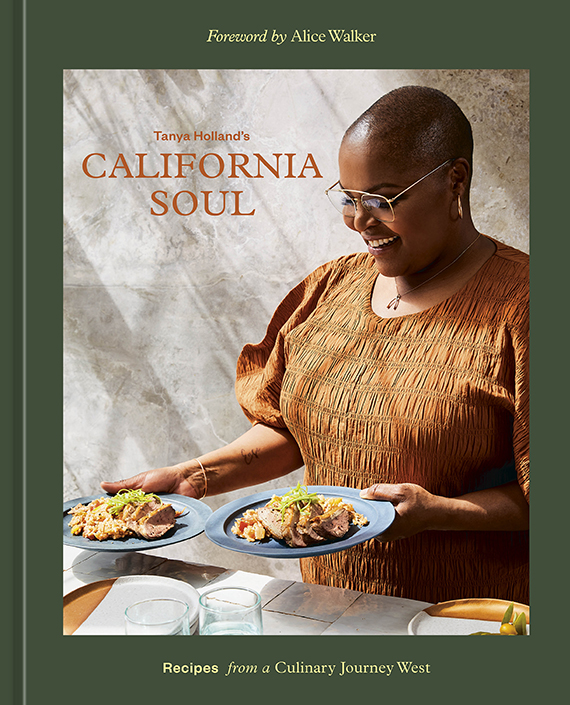 Holland, a chef and former owner of Brown Sugar Kitchen in Oakland, focuses on modern California soul food — a mix of Southern cuisine and fresh California ingredients — in this cookbook featuring recipes that “reflect Ms. Holland’s childhood in the Northeast, her time as a culinary student in France, and the years she has lived in California,” the New York Times wrote in a recent feature. The recipes include such dishes as Apple-Cider-Braised Pork Chops, Sweet Potato Buttermilk Pull-Apart Rolls, and hoecakes topped with caviar and crème fraîche. One word: Yum. 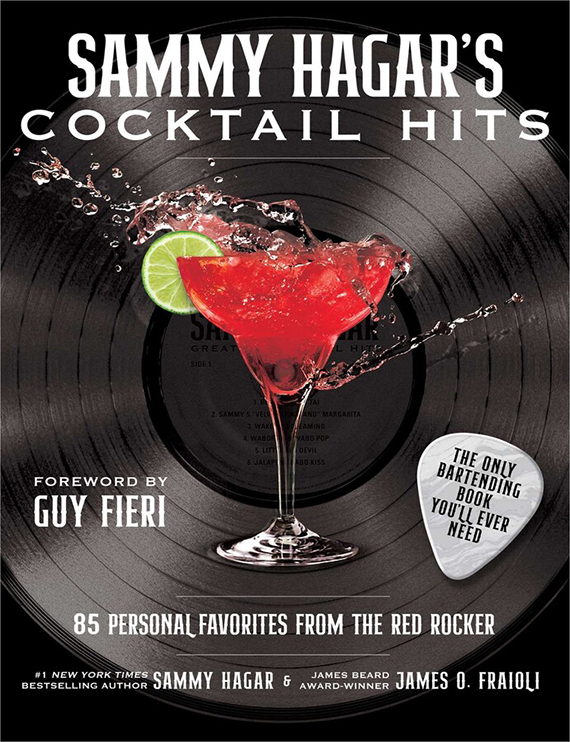 What business does a former Van Halen rock star have putting out a recipe book? Makes perfect sense, Hagar tells AARP: “I know how to throw a pretty good party. And I thought, I want to share this with people.” His faves include the pomegranate mojito, the guava martini, and the Vinnie Paul, a tribute to his departed friend, the former drummer of Pantera, that’s a mix of tequila, Ancho Reyes ancho chile liqueur, lime and grapefruit juices, and simple syrup. Hagar includes personal anecdotes and song suggestions to accompany his beverages (which can also be served as mocktails). 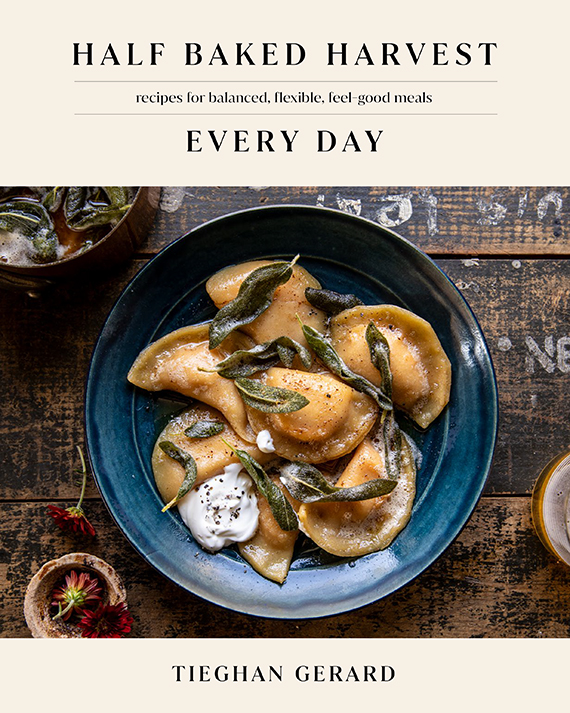 Gerard has built a loyal fan base — she has nearly 5 million followers on Instagram — with her 10-year-old Half Baked Harvest food blog and her focus on (and success in) creating recipes for dishes that, as she puts it, are “delicious, usually healthy, sometimes decadent and always satisfying.” Illustrated with beautiful photos, her new cookbook offers clearly written instructions for preparing such feel-good dishes as spinach-and-pesto stuffed butternut squash, crispy carnitas taquitos, pumpkin spice latte cake and extra-cheesy classic lasagna.

8 more 2022 cookbooks worth checking out 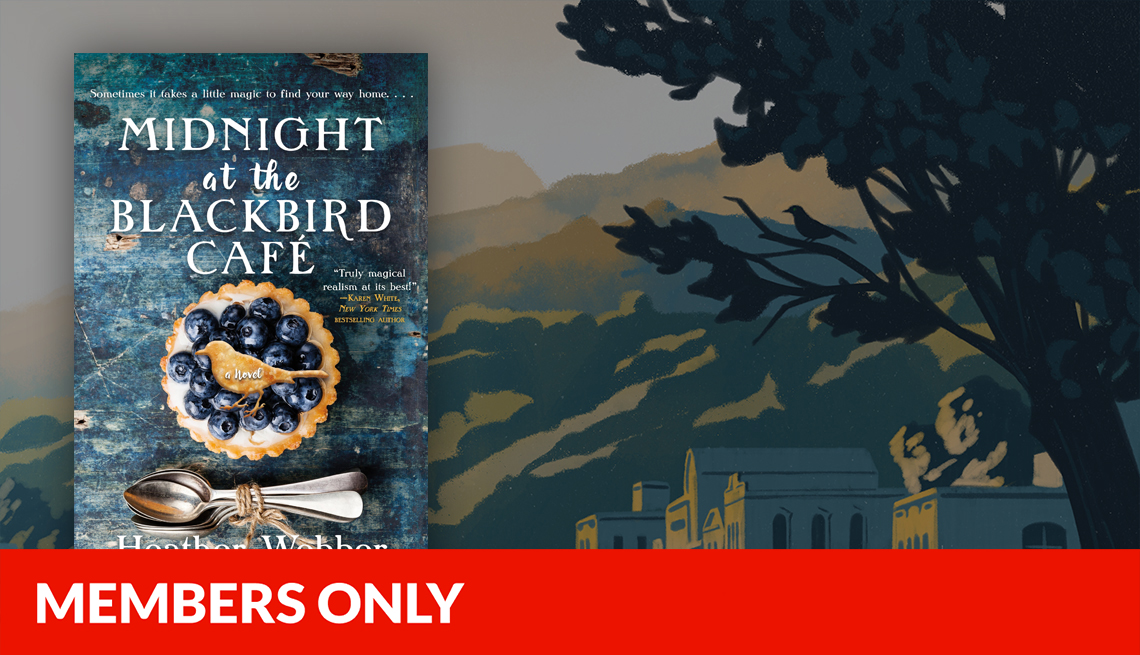 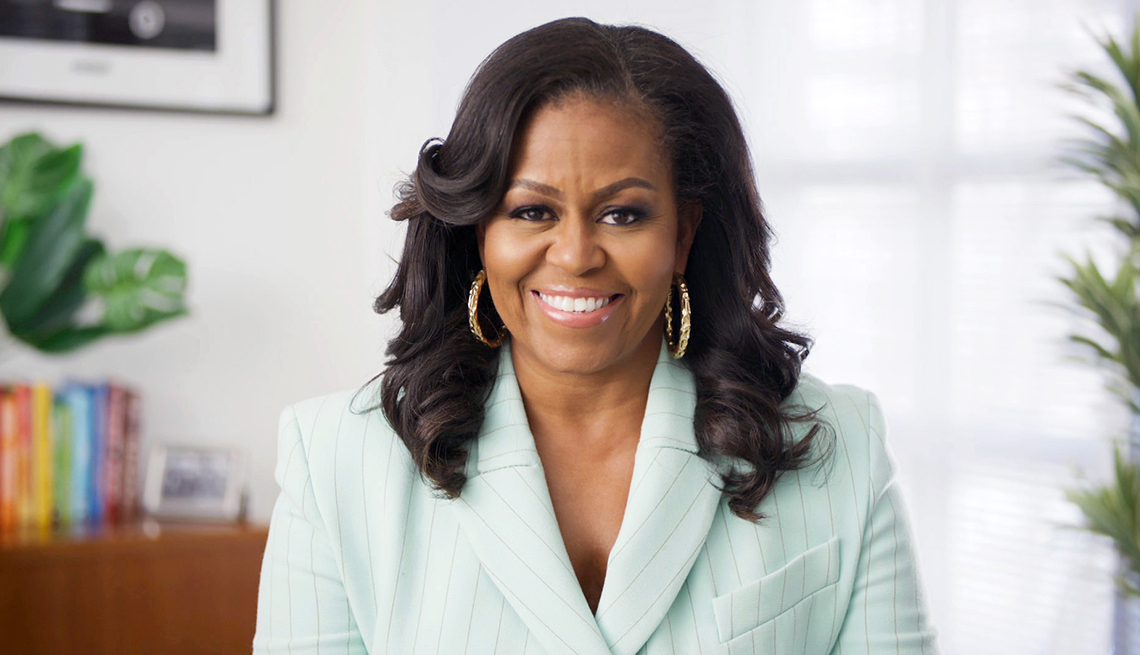 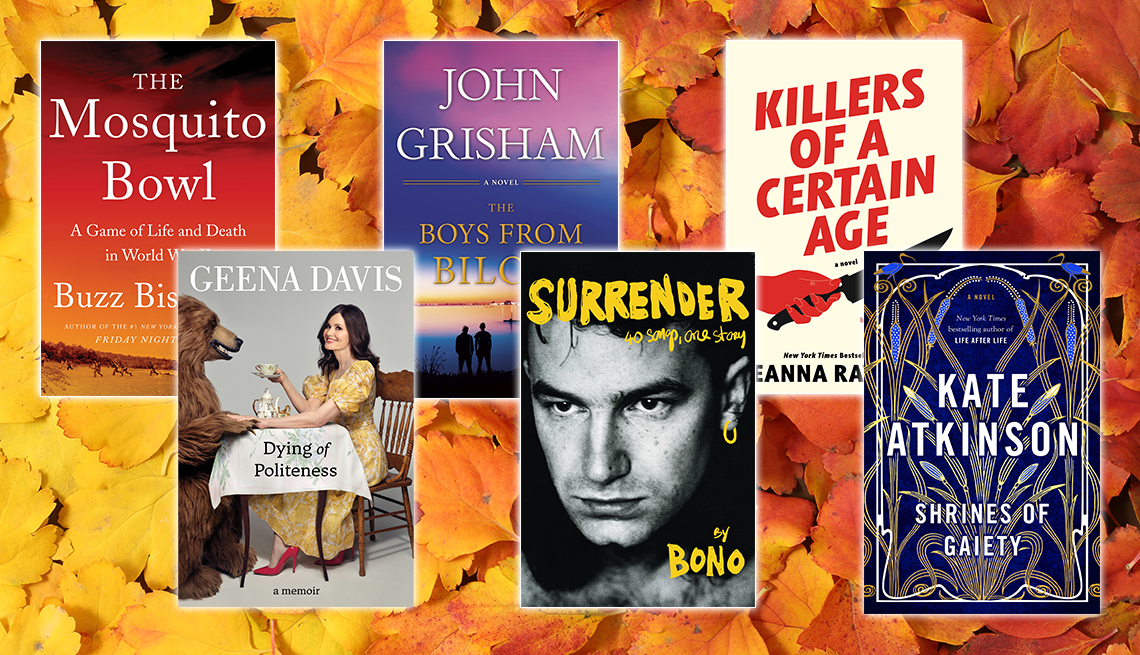