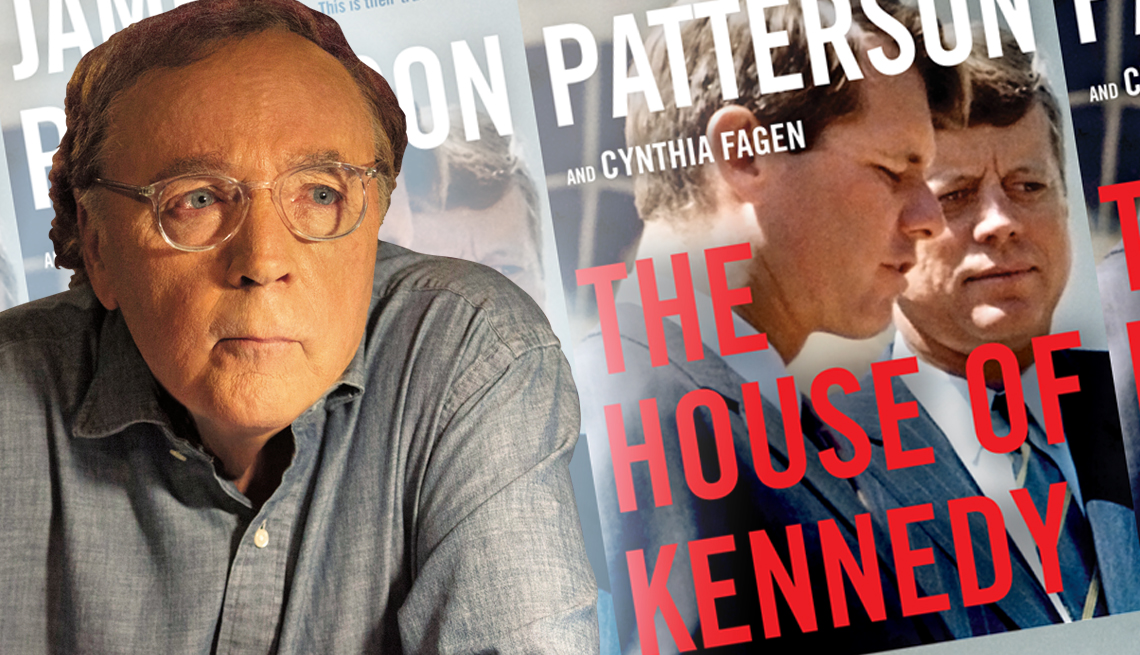 In his new book, The House of Kennedy, James Patterson explores the politically focused family's incredible accomplishments and losses and how their drive to “win at all costs” sometimes cost them so much. (Our interview with Patterson can be found here.)

Below is an excerpt focused on one of Bobby Kennedy's high achievements — this one quite literal — in memory of his brother President John F. Kennedy, 16 months after the assassination.

Comparisons between Bobby and Jack are never-ending, but only their Harvard swimming coach could accurately measure Jack's “floatability” against Bobby's “heav[iness] in the water. ... He would sink, sink quite easily.”

Since JFK's November 1963 assassination, Bobby has been deeply sunk. “It was like Daddy lost both arms,” his wife, Ethel, later describes it to their daughter Rory. “It was just six months of blackness.”

In March 1965, Bobby finally rises back into the air — up the highest unscaled peak in North America. “I was concentrating not so much on reaching the top as on getting one foot up ahead of the other,” Bobby writes in his first-person account for Life magazine. “I don't like heights, and as we struggled over the 500-foot comb that guarded the summit with a drop of 6,000 feet, I tried to avoid looking down.”

The joint expedition of the National Geographic Society and the Boston Museum of Science begins as a survey of unexplored mountains in the Saint Elias Range in Canada's Yukon Territory — and becomes a hurried secret, the original April or May climb dates accelerated to late March to prevent two known rival groups from summiting first.

"Good luck, Daddy. You'll need it,” Bobby's twelve-year-old son, Joe (named for his late Uncle Joe Jr.), wishes him on a telephone call to Seattle, where the press meets Bobby's incoming flight — Bobby wryly notes of one reporter, “His paper had just completed my obituary.”

Any obituary would include at least two notable new changes in Bobby's life: As of January 1965, he is now a father of nine (Matthew Maxwell Taylor Kennedy was born on January 11) and he's recently been sworn in as a U.S. senator alongside his brother Ted, for New York and Massachusetts, respectively.

Bobby's in good climbing company, led by Jim Whittaker and Barry Prather, honored by JFK for their roles on the first American team ever to summit Everest.

Though Ted was also invited on the climb, he's not among the team of eight mountaineers. Lengthy recuperation from injuries sustained in a plane crash the previous June have sidelined him, but Ted can't resist reminding reporters which brother is the superior mountaineer. “I wish to point out for the record he is not the first Kennedy to climb a mountain. I climbed Matterhorn in 1957, which is higher.”

Bobby doesn't care about which one's higher. He is on a quest to become the first Kennedy to name a mountain.

After reaching Base Camp by Royal Canadian Air Force helicopter, Bobby acclimates to the nearly eighty-seven-hundred-foot altitude and proves a quick study in the basic mountaineering techniques he'll need to pass through High Camp at twelve thousand feet on the way to the summit, estimated at just under fourteen thousand.

"I'm getting braver now,” he jokes, after surviving a blizzard at High Camp. “I've been up Everest three times in my mind.”

Roped between Whittaker and Prather and carrying a forty-five-pound pack, Bobby has a headache from breathing reduced oxygen. Rose's parting words — “Don't slip, dear” — come to pass as Bobby makes a misstep and falls into a crevasse up to his shoulders, unable to see the bottom.

He extracts himself, resuming careful work with ice ax and crampons until the men reach the final approach about two hundred feet from the peak. Whittaker turns to the thirty-nine-year-old senator. “It's all yours, Bob.”

In Kennedy tradition, he is the first to win the peak.

"I was so delighted because I had wanted him to get up there,” Jim Whittaker later tells documentarians. He was eager for Bobby to be “the first human being to stand on the peak named for his brother,” adding, “We were bawling, it was really emotional.”

"I planted President Kennedy's family flag” — three gold helmets on a black background, which the Chief Herald of Ireland had presented to JFK in March of 1961 — “on the summit,” Bobby writes of that triumphant moment. “It was done with mixed emotion. It was a feeling of pain that the events of sixteen months and two days before had made it necessary. It was a feeling of relief and exhilaration that we had accomplished what we set out to do.”

In the snow, Bobby places Jack's inaugural address and medallion, sealed in a metal container, as well as several of his brother's beloved tie-clip replicas of PT-109.

He is not only memorializing his brother but also burying the secrets they shared.

Excerpted from THE HOUSE OF KENNEDY by James Patterson. Copyright 2020. Available from Little, Brown and Company, an imprint of Hachette Book Group. Available at Amazon.com, Bookshop.org (where your purchase supports independent bookstores), Barnes & Noble (bn.com) and wherever else books are sold.