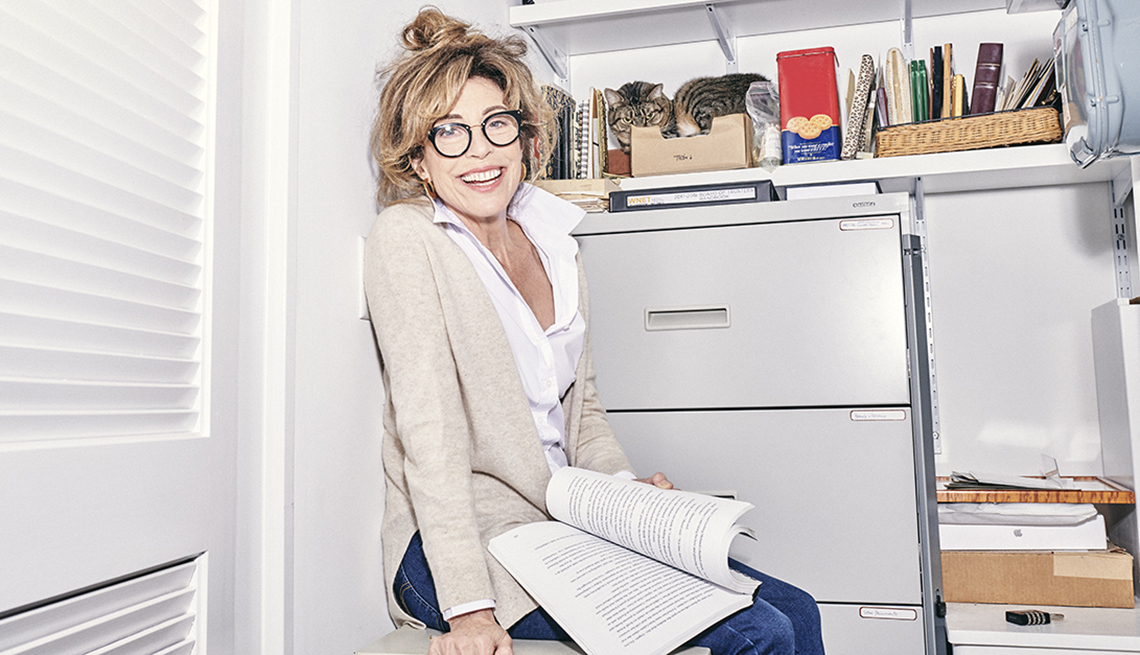 At first I figured it would take four years. When I blew through those, I revised my deadline to six. But when “progress” on my project passed the 12-year mark, I changed my goal from getting my first novel published by a certain year to getting it published at all.

When the book finally came out, I was 67. It had taken me 20 years to finish. If I had done it in four, that would have saved me a lot of angst, but it would be a very different book. More than that, I wouldn't be the person I've become.

When one of my old professors suggested I write a novel about Nurbanu, an influential and largely unknown woman in the 16th-century Ottoman Empire, I had some major qualms. For one, I'd never written fiction. But the outline of her story — of being abducted at age 12 and put into the sultan's harem and, against all odds, becoming an intellectual and political powerhouse as wife of the sultan — really captivated me, and I decided to take the challenge on.

After reading for a year and visiting all the places Nurbanu had lived, I took two more years to write a first draft and fine-tune it into something ready to show a publisher. When a good one thought it had potential, I was thrilled. And when the editors gave me “suggestions” — aka instructions — for rewriting the draft, I followed them. So I was shocked when they passed on the revised version. That process — of submitting a draft, rewriting it according to the publisher's advice and having it turned down — repeated itself six times. By then, I was on Medicare.

Wrung out by disappointment and very conscious of where I was on life's continuum, I took a break. And yet I couldn't quit outright, and I didn't know why. Then the reason dawned on me. For all those years, I'd been reworking my book according to other people's judgment. I was carrying out their ideas, many of which were excellent, but I had withdrawn much of my own heart and talent in the process. The fear of putting my whole self into the work and finding that it wasn't “good enough” was exactly what had kept the book from being good enough. This was when I understood that to change the prospects for my book, I needed to change more than the manuscript. I had to change myself.

Before the break, I'd felt no nearer to my goal than when I started. But when I returned to work, I discovered that that wasn't so. I rewrote the manuscript, based on my research and on all of the living I'd done since I started. This time, Nurbanu had a different voice. She sounded like someone I knew. Someone who had known dread and vulnerability and acceptance. And that's the manuscript that won me a publisher. When the first copy arrived, I felt a mix of happiness and pride I had never known. And I was certain that every day of those 20 years had been necessary for the feeling. I haven't looked at the world the same way since.

When we're young, we have the advantage of thinking we're going to live forever. When we're older, we have the advantage of knowing we won't. And reaching our goals can take more than time. It can require changing ourselves. From fearful to steady. From headlong to measured. From measured to headlong, for that matter. Whatever is called for. At last I see that changing not only does not threaten who I am. It is essential to being who I am.

Katherine Nouri Hughes, 70, author of The Mapmaker's Daughter, is a novelist and speechwriter living in New York City.