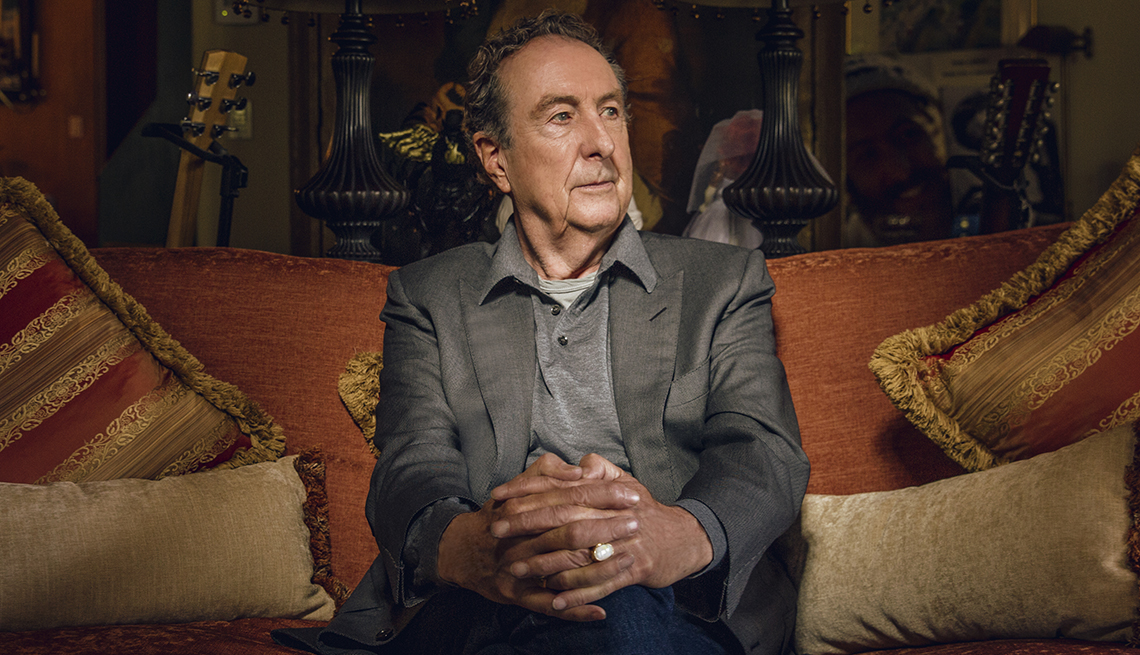 In your new book, Always Look on the Bright Side of Life, you depict your horrible boarding school. Did you learn about comedy there?

I learned that comedy disarms bullies. It’s very hard to hit someone when you’re laughing. Kids have a very subversive view of the world, and I think that’s where comedy lurks. It seeks out those crevasses between how we perceive things and how things really are — or could be looked at from a different viewpoint.

Comedy is a form of truth telling. “The Emperor’s New Clothes” is the perfect paradigm. Somebody says, “That man has got no clothes on,” and everybody laughs. But there are two sides to that. One is that we want that truth at all costs. And the other is that the people who actually provide it are the most screwed up people on the planet.

You talk about the “amazing renaissance” your generation in England created after World War II. Why did that happen?

We grew up with food rationing, no television. It was a depressing world. Then, suddenly, in our teenage years, a rebellion happened. A confluence of many things made that possible, like electric guitars and the music coming from America, which we all listened to on our hidden radio sets. That American influence pervaded places like Liverpool [near where he grew up] and connected people who felt isolated and different.

Nobody had quite gone where we were going. We were moving away from satire, which had been the prevailing genre on British television, into a more generalized silliness, which somehow struck a chord. We were also very antiauthoritarian, and we were always looking for things that hadn’t been laughed at yet. I certainly can’t explain how it would last 50 years — the 50th anniversary is next year. It’s just astounding to me.

Why is your tongue-in-cheek anthem, “Always Look on the Bright Side of Life,” the most requested song at British funerals?

That’s irony, isn’t it? There’s certainly no bright side when it comes to your own funeral. That’s why people get a kick out of singing it. That song has been my personal motto when I look back at my life. And it’s a pretty good theme for our generation.

Do you think irony is dead?

No, but this is a time for sarcasm and heavy-handed humor more than gentle irony. On social media, if you use irony, you’re in real danger. People don’t understand innuendo or double meaning. They take everything at face value. 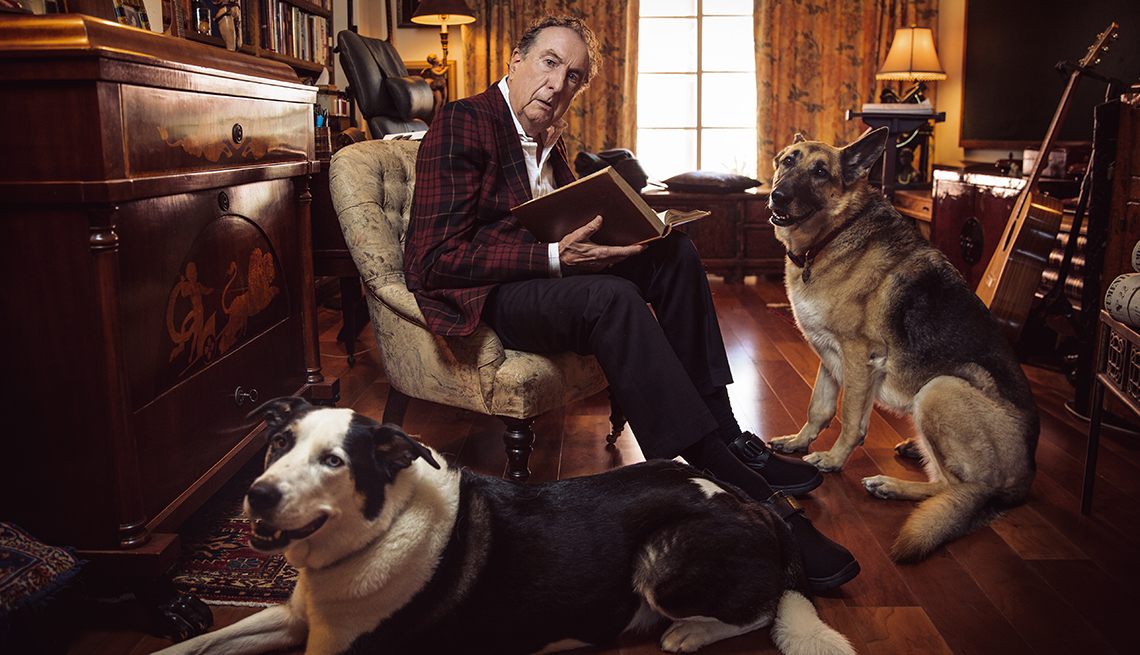 You call yourself the wicket keeper of the Monty Python group. What’s that?

That’s a cricket term. It’s like the catcher in baseball. You’re not bowling; you’re receiving. When I met George Harrison, I found that we played similar roles in our groups — having strong people on either side of us and trying to poke in between the gaps. I think that’s why we had such a good friendship.

What did you admire most about George?

If you’re feeling down or grumpy or cross, you can’t go much wrong thinking about what George would say. “Hey, don’t take yourself so seriously. You’re just a speck in the universe.” That quick pull back was a very good lesson he taught me.

What else did you learn from him?

Well, the Beatles were the most famous people in the world. So George learned quickly that fame isn’t what it’s all about. It’s not the goal. You just have to deal with it and move on to what you want to do.

Being nicer to people. When I was younger, fans would approach me and I would say, “F--- off.” But that doesn’t work for too long. You have to remember when someone comes up to you in the airport, they’re remembering something funny you did and they’re just saying thank you. You have to be more than gracious because you’re awfully lucky to receive it.

What’s your advice for people over 50?

Never start a sentence with the phrase “I remember.” The other thing is to be as pleasant as possible. Life is an extraordinary gift but it has diminishing returns, so it’s important to laugh.

It’s not about you anymore. You don’t matter. And that takes the pressure off of having to be successful or earn a lot of money. I ascribe to the London bus philosophy of life. Any minute, you may be just about to walk under a London bus. You’re at the edge of your life at every moment. And as you get older, it becomes more imperative to appreciate that.

Fifty is a good time to start. I started a whole new act [at 50] by moving to America. Because America is the land of opportunity. You can change. You aren’t stuck in your role. So don’t waste any time. There’s no time to lose. Get on and enjoy the last half of your life. And make sure you do.

—As told to Hugh Delehanty