Jeannie and Jim Gaffigan on the Healing Power of Family, Faith and Funny People

How a brain tumor altered their family dynamic forever 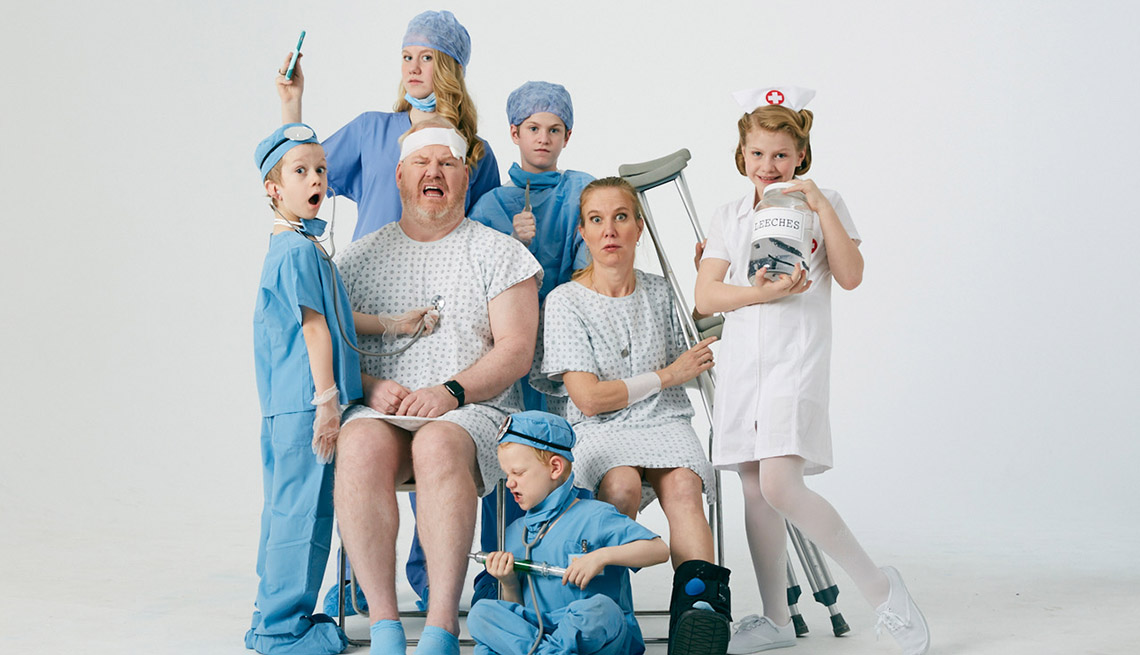 The Gaffigan family dealt with the medical crisis with some gallows humor.
Asia Geiger
By
Lee Woodruff
En español
March 12, 2020

For a couple who make their living in comedy, there was nothing remotely humorous about Jeannie Gaffigan's diagnosis of a life-threatening pear-shaped brain tumor in 2017.

That stunning diagnosis in the doctor's office was when the world stopped turning for the hyper-organized and hugely competent mother of five and wife and writing partner of popular comedian Jim Gaffigan. A very scary pear-shaped bomb had just been tossed into their jam-packed lives.

"In addition to making deals with God,” says Jeannie, “all I wanted to do was live and be a Victoria's Secret model." 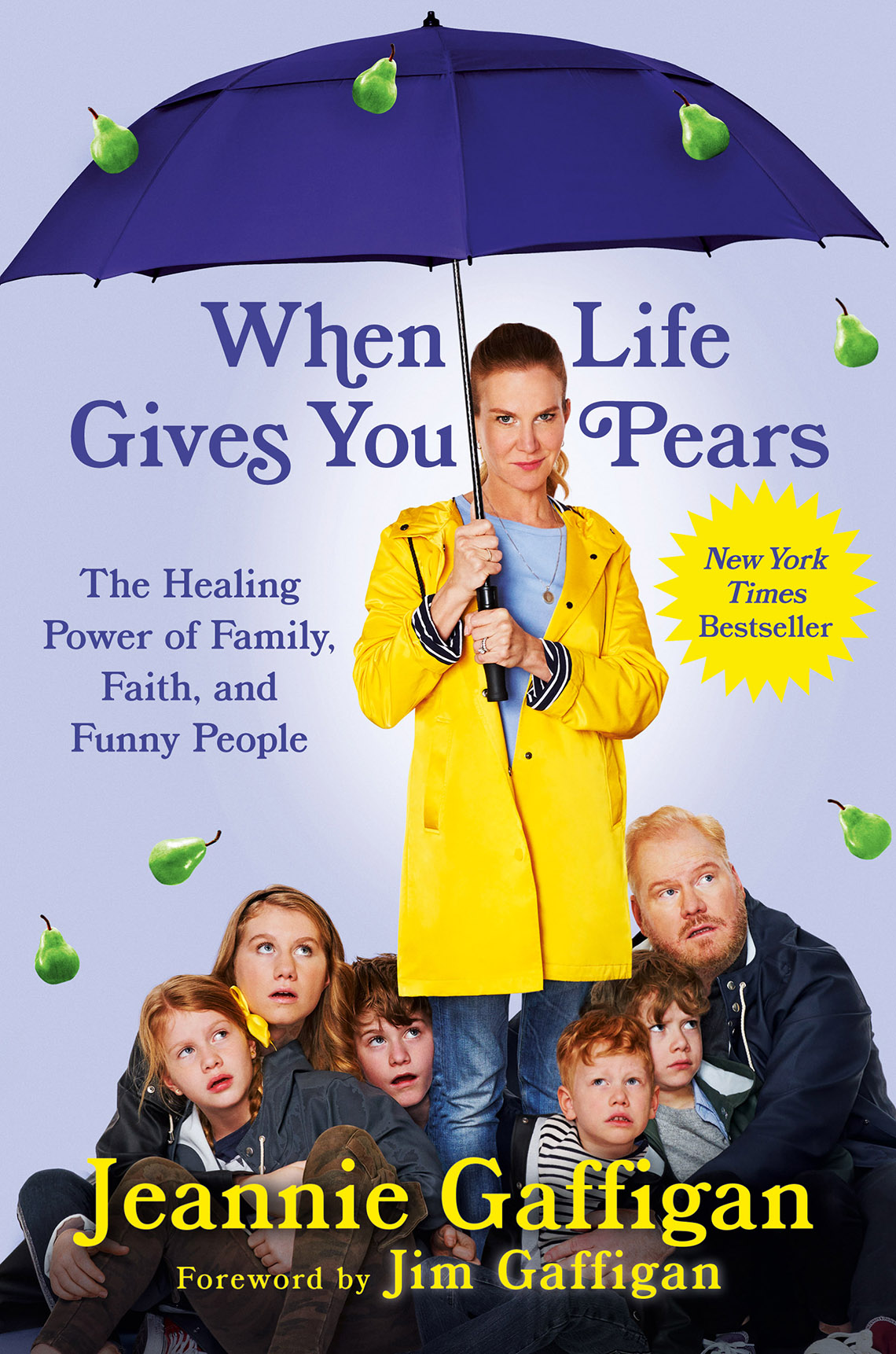 Jeannie Gaffigan's book When Life Gives You Pears is her witty and honest take on what happened when an unexpected tumor forced the couple into a Freaky Friday switcheroo. Suddenly Mom was the patient and Dad had to take over as caregiver and main parent-in-charge in the midst of fear, grief and uncertainty. Or, as she says with humor, “Jim understood what it's like to be Jeannie and Jeannie understood what it's like to be in bed and have other people wait on you.”

This book is about so many universal themes: love, family, faith and coming out the other side with a different perspective. But at its heart, Jeannie writes honestly about the issue that plagues so many mothers and caregivers, that unrelenting pressure we put on ourselves to do it all and do it our way.

It's the story of how illness and bed rest forced her to confront her “demons and control freak nature” and helped the Gaffigan family “make pear-ade out of pears.”

While Jeannie lay in the hospital, she knew Jim lacked the skills to deal with the home front. “He was like, ‘What are the names of the kids’ teachers? Wait, what are the kids’ names?'” she jokes. “But he stepped up in big ways. This kind of triage changed our team-ship, and we got stronger through it.”

In any crisis, the unimportant things tend to fall away. During her hospitalization and complicated recovery from the removal of the benign tumor, Jeannie was incapable of running the household like a well-oiled machine. Watching Jim, her extended and immediate family and her friends handle it all made her realize that her priorities were out of whack. “Maybe the machine didn't need that much oil to work,” she concludes.

By doing everything for everyone, she had taken the power away from her family to do for themselves, she says. As she healed, Jeannie resolved to make a change, while simultaneously providing the scaffolding for her five children, the eldest of whom was becoming a teenager. “We were heading into the age,” Jeannie jokes, “that moms need to constantly smell their breath for crack.”

Jeannie's constant whirl of doing was self-imposed. “My execution of the never-ending to-do list was not because Jim was dumping all the work on me, or the kids were lazy or no one else could do it. It gave me a false sense of fulfillment to be needed,” she explains.

"Removing the mama bear from the caregiver role helped everyone around me, especially Jim, discover their innermost power and figure out how to make their own damned porridge,” says Jeannie. “Aside from the hospital and recovery part, the brain tumor was literally the best thing that ever happened to me."

The experience also rearranged her husband's priorities. “Jim would tell me over and over that the only thing that mattered was that I get better,” Jeannie says. But she had an additional worry: There was so much pressure on his shoulders that he was “decidedly not funny.” She felt guilty, worrying that her brain tumor and Jim's need to take on more might permanently change him in negative ways.

"Jim loves his career, and part of the reason our marriage and family works is that he's able to stand on a stage and make people laugh. That is literally his therapy,” Jeannie says.

Jim's eyes were opened to the quiet army of people who minister to loved ones every day. “I was a hugely imperfect caregiver,” he says. “It's not an easy role, social secretary, maid, cook, nurse … but honestly it was a privilege. It made me realize how many people are toiling quietly and how few share their absolute fears or how they stayed sane. I worried constantly about how she would come out the other end, if she ever came back."

How did the experience change Jim? “I gained insight and compassion. I'm a nerd who is interested in different cultures and experiences, but the caregiving role makes people more human. Being forced into another role brought me back and focused me on the home."

In the wake of the tumor, Jeannie has found ways to cultivate the generosity shown to her by the community. Doing ambitious service projects with the kids was part of her “bargain with God” before she could even walk. She was determined that her children stay close to the importance of giving back. She founded the Imagine Society, a nonprofit that connects youth-led service projects.

"I'm thankful for this new perspective,” says Jeannie, who is in good health and back to her crazy-busy life, now including frequent medical checkups. “If the pear fruit is indeed a metaphor for life, my old life was a rock-hard pear that cut well with nice sharp angles, but the flavor was lacking. Now it's a misshapen, overripe pear that mushes under the knife. But the juice is the sweetest thing you'll ever taste."

So what's her best advice for anyone out there who gets thrown a pear-shaped curveball?

And in an apt metaphor of how life has returned to normal in the Gaffigan household, Jeannie describes Jim's habit of discarding his socks everywhere: “Even now, when I'm literally crawling under his desk to pick up his socks, I start to get mad and then I remember what he did for me. Every marriage should undergo a switcheroo, maybe just not with the brain tumor part." 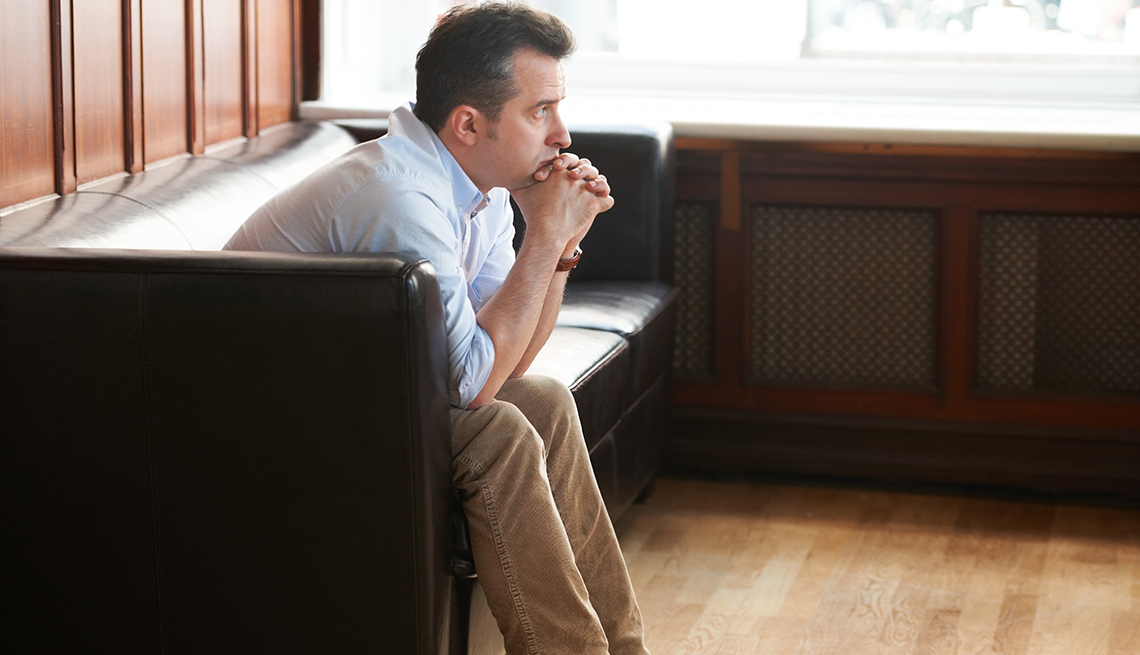 Adjusting to a New Normal After Trauma or Illness

How caregivers can cope with 'ambiguous loss' 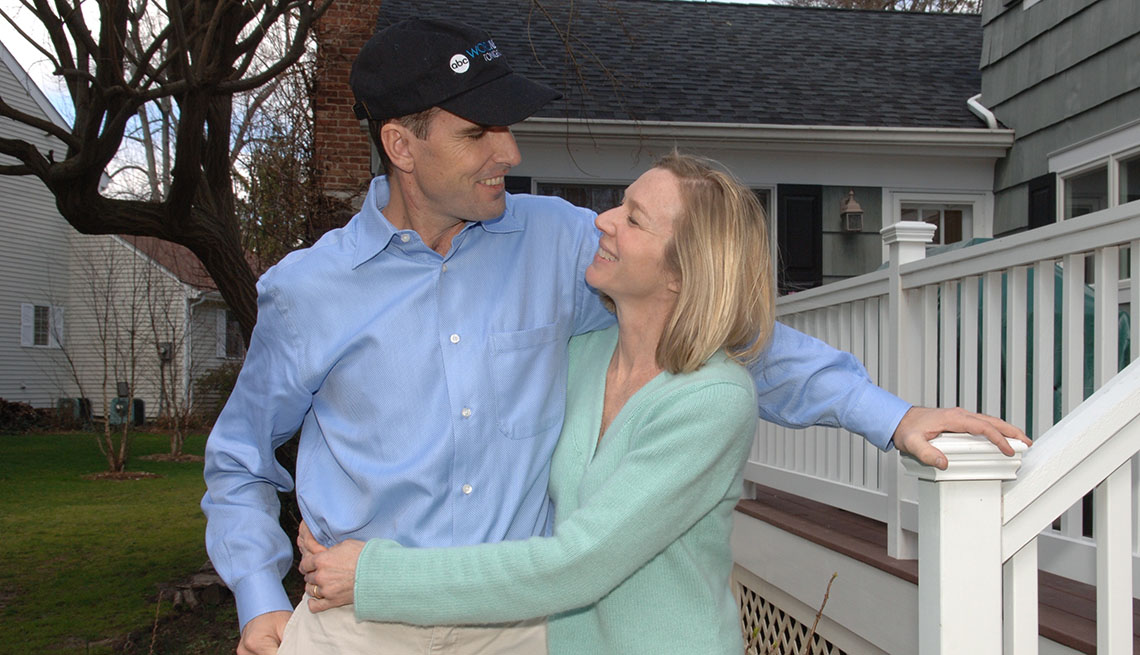 The Reality of Suddenly Becoming a Caregiver