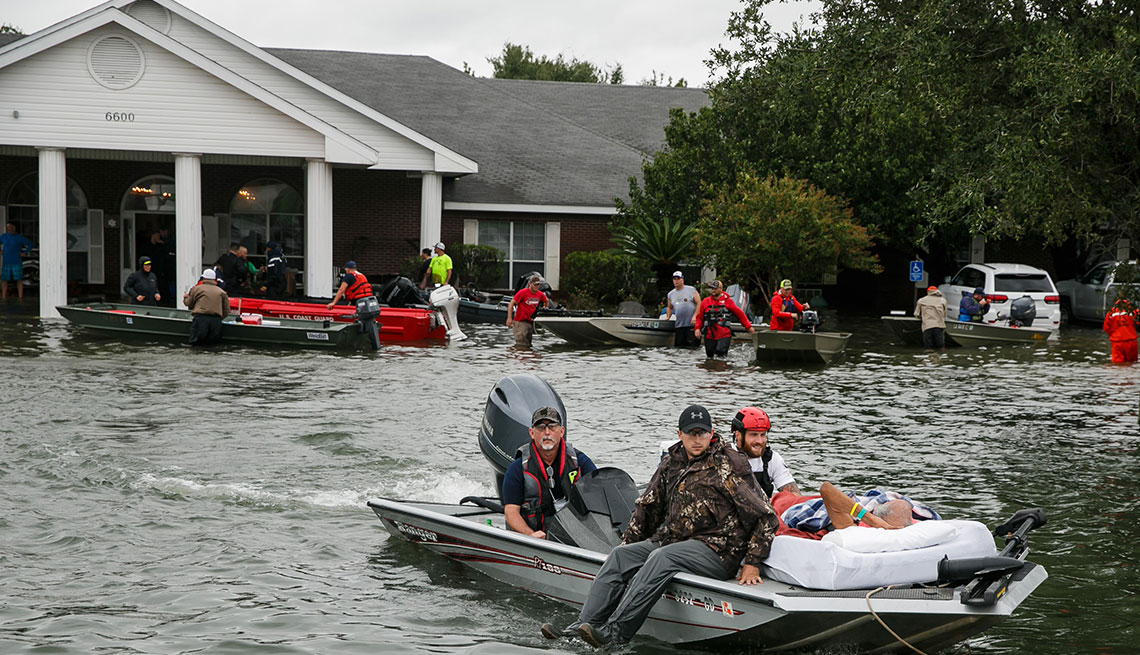 Mid-November is the deadline for most of the nation’s long-term care facilities to have emergency and disaster preparedness plans in place.

En español | As Hurricane Harvey loomed over the Gulf Coast in August, one of the nation’s largest nursing home operators quickly realized that residents at its Texas facilities might need evacuation to be kept from harm’s way.

So managers at Genesis HealthCare pulled out its emergency response plan. Following the playbook, they evacuated 67 residents at Oak Crest Center in Rockport before Harvey hit, and 103 residents from its Clairmont facility in Beaumont immediately after the storm.

Within days, Hurricane Irma threatened to inundate Florida, and Genesis had to act again, preemptively moving 345 residents from three care centers in Naples, Oldsmar and New Port Richey. Genesis’ emergency response plans — honed after Hurricane Katrina in 2005, refined after Superstorm Sandy in 2012 and further improved after storms knocked out power to 40 facilities in the Northeast in 2013 — enabled the company to skirt the mayhem that occurred at other nursing homes in the region. In the most publicized cases, 14 residents died after air conditioners failed at Florida’s Rehabilitation Center at Hollywood Hills, while at the La Vita Bella nursing home in Texas, residents — some wheelchair-bound — languished in floodwaters for hours. The challenge has played out yet again in Puerto Rico, where nursing homes went without power or supplies long after Hurricane Maria passed.

“You learn from every one of these events, and what we’ve learned is, you first err on the side of caution,’’ says Genesis HealthCare CEO George Hager. “If there’s a chance for patients at risk, you evacuate to safer areas, even if it’s disruptive to patients who are sick and frail, and even if it may be difficult.”

Mid-November happens to be the deadline for most of the nation’s long-term care facilities to have emergency and disaster preparedness plans in place. New Medicare and Medicaid guidelines were prompted by the deaths of over 200 hospital and nursing home residents during Hurricane Katrina. These plans must include procedures to deal with everything from storms to cyberattacks.

“For the most part, providers are more prepared to deal with emergencies since Katrina, but what happened in Florida shows us that emergency preparedness plans need to be actionable and implemented effectively,” says Lori Smetanka, head of the National Consumer Voice for Quality Long-Term Care.

“At most nursing homes, emergency preparedness is an afterthought,” Marcozzi says. “It’s not woven into the fundamental construct of how they conduct business and assure the health and safety of their residents.”

From paper to practice

Florida state Sen. Gary Farmer says he’ll push for tougher regulations, such as surprise on-site inspections to ensure emergency preparedness plans work. “Part of the problem is the actual execution of these plans,’’ Farmer says. “It’s great to put something on paper. But do you have the proper equipment and training? Let’s do a drill, and see how you react. There’s a lack of meaningful oversight.”

Genesis, which operates more than 450 nursing centers and assisted/senior living communities in 30 states, says emergency preparedness is woven into the fabric of the company’s operations. It makes good business sense and offers more security for residents.

Emergency plans are required of each facility, tailored to the locale. Each covers a host of variables, such as backup power equipment, emergency supplies, medical deliveries and staffing protocols. Regular testing is part of the plan, as well; Genesis’ Ocala facility had just run through a power outage drill two weeks before Irma inundated the state with its unprecedented rains.

Genesis knows the impact of close regulatory oversight. In June, the company agreed to pay $53.6 million to settle allegations that facilities it had bought in 2012 or obtained in a 2015 merger had submitted false claims. Genesis denied the allegations, noting that the matters arose prior to the transactions.

The recent natural disasters ushered in an all-hands-on-deck mentality at Genesis. Executives from regions outside the storms served as drivers, shuttling residents from evacuated facilities to safe locations. Extra buses and U-Haul trucks were rented where needed. Genesis also provided evacuated Texas residents with backpacks filled with several days of their medications, copies of medical charts and a change of clothing. Dozens of staffers left their homes and families to accompany evacuated residents.

When the situation finally settles down, Genesis will take the lessons learned from Harvey and Irma to refine its disaster preparedness plans yet again.

“We came through this without incident. In hindsight, we could have deployed even more resources to support people,” says Hager, who spent six days in Florida and Texas speaking with local workers to hear what worked and to glean suggestions for improvements.

But until more operators take emergency disaster planning seriously, Farmer says, older people living in nursing homes are still at risk. “It shouldn’t be a surprise if something like this happens again,” he says.