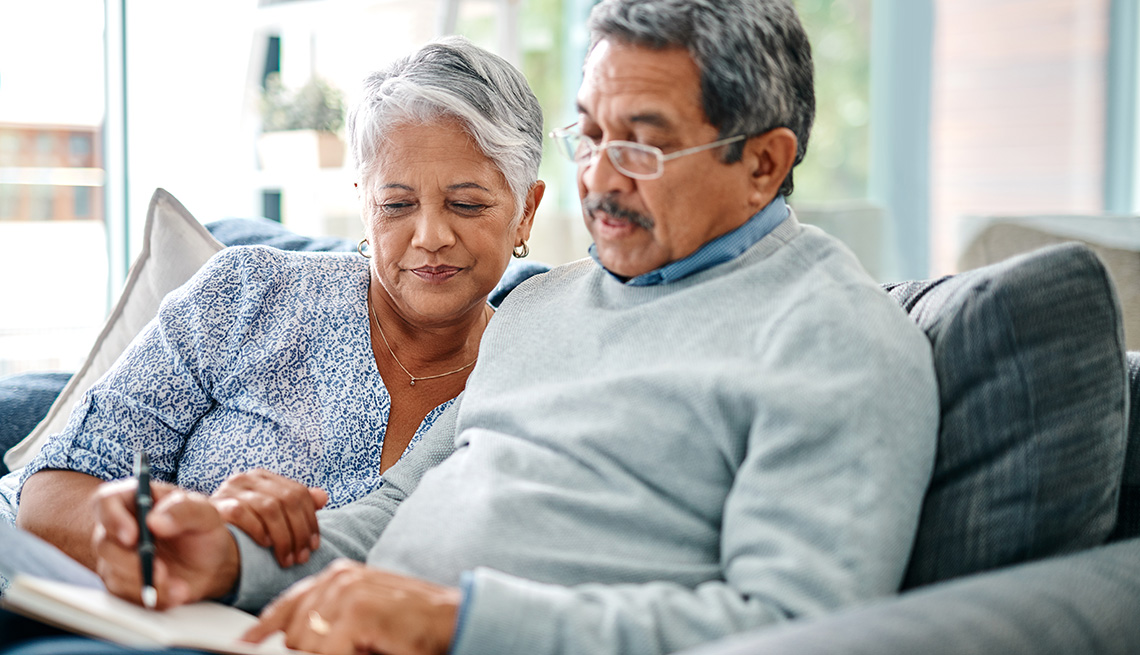 Angie sits on one side of a large desk, poring over the calendar of events for the public library in St. Augustine, Florida. Her eyes sparkle with interest, her brow is furrowed in concentration, and she is writing down each activity that interests her in a small calendar. Crafting, crochet club, meditation, and book club all get noted, as does every Pilates class.

On the other side of the desk, Melanie Chandler looks on. “OK, Angie. Rather than writing everything down on your calendar right now, let's just see what might be interesting and highlight that first.” Since Angie no longer drives, Chandler suggests selecting the highest priority activities so she can ask her mother or sister for a ride or, if they're unavailable, arrange a lift through a ride-booking company.

Chandler then helps Angie break it down even further, noting what she'd need to do to sign up for each activity. “Write it down,” she says. “And write in enough detail that if you don't remember writing it, you know what you meant."

In the to-do section of her calendar, Angie carefully pens a list: Go to library; pick up book; ask about signing up for crochet, crafting, and book club. With that brief list of to-dos, Chandler has pointed her patient gently in a direction she believes will prepare Angie not just for the coming month but for the years ahead.

Angie, 58, has mild cognitive impairment (MCI) — in her case, caused by a rare neurodegenerative disorder called Cockayne syndrome. And she's here in Chandler's office with her mother, Ann, as a participant in HABIT, a 10-day intensive program hosted by Mayo Clinic and developed to improve quality of life for both patients and their spouses, children or other caregivers. It's one of the very few options available for people diagnosed with MCI.

MCI is a relatively new diagnosis, first defined in the medical literature in 1999 and described as something between normal age-related memory decline and mild dementia. It's diagnosed only after an official neurocognitive assessment, but many physicians have been hesitant to have their patients tested. That, they say, is largely because there's little they can prescribe that has been rigorously tested and proven to make much of a difference.

"The substantial majority of people diagnosed with MCI are generally handed a list of behaviors that we broadly know to be helpful, then left to fend for themselves and told to check in with their neurologists on a regular basis to monitor things,” says Justin Miller, director of neuropsychology at Cleveland Clinic's Lou Ruvo Center for Brain Health in Las Vegas. Suggestions usually include writing things down to aid memory, regular exercise, a diet low in fat and high in fresh fruits and vegetables, staying socially active, and engaging in various intellectually stimulating activities (reading, computer games, crossword puzzles, etc.).

But prescriptive lists like this can feel vague and hard to implement, especially when simply getting through the day feels increasingly difficult. Research backs this up, showing that patient follow-through on such recommendations is minimal, often because there's no support system in place.

That's what led Chandler, a neuropsychologist at Mayo Clinic in Jacksonville, Florida, and her colleagues to develop the program that launched in 2008 as HABIT — short for Healthy Action to Benefit Independence & Thinking. “At the time, the thinking was that this is a progressive illness, so why do rehab? That's what you do if someone's going to get better,” Chandler says. “But our thinking was that we can do rehab to try to maintain function, quality of life and mood for as long as possible.”

There's no way of knowing whether MCI will lead to dementia; there's also no way to guarantee that it won't. So rather than promise the unattainable, HABIT aims to help everyone who goes through the program create life plans and day-to-day routines that will benefit them for years to come.

"By intervening and helping implement some of these healthy strategies into their lifestyle, the idea is that many can help delay or even prevent the conversion from MCI on to dementia,” Chandler says. “If that's not possible, if they're on the path toward dementia, the program provides planning for the future and a better understanding of what to expect so they have important plans in place and have the important conversations they need to have."

Over the 10-day training, Chandler and her Mayo colleagues cover yoga, mindfulness, brain fitness, healthy eating habits, and important legal tasks that are often neglected, such as power of attorney and advance directives. They engage participants in separate therapy groups — one for the patients and one for the care partners, most of whom say it's the first time they've been able to talk with people in similar situations.

At the center of HABIT is something called “individual memory compensation training,” a calendar and note-taking system that serves as a stand-in for working memory. Chandler spent a long time looking for just the right setup: a checkbook-sized calendar with a single day's schedule on one side and a space for to-dos and notes on the other. It's large enough to handle faltering handwriting and small enough to fit in the front pocket of a button-down shirt. It's useful enough that Chandler and the rest of the program directors have adopted it for themselves. And it's simple enough that the habit of jotting down entries and syncing them with a caregiver can remain reliably in place for years.

The system bolsters not just memory but a sense of independence. It's based on a concept called “behavioral contracting.” “We know from psychological research that when people write things down they tend to follow them better. And there's a sense of ownership if you've committed to something in writing that you plan to do,” Chandler says.

Early studies showed that, compared with a control group, people who had been trained in the HABIT system (versus those who'd been told to use it but not coached in its use) were largely keeping up their calendars six months after the training ended. Care partners in the group receiving training reported significantly improved moods, while those in the control group reported worsened moods and increased caregiver burden.

After a year, there was also a marked difference in cognition: Those with MCI who hadn't been trained in HABIT showed a decline in day-to-day functioning, as measured by things like remembering to take medications and what to buy at the grocery store. Those who had gone through the Mayo program, however, remained about the same. “These folks are maintaining,” Chandler says.

So far more than 1,800 people — 900 patients and their partners — have gone through the HABIT program. Virginia Laken, 73, and her husband, Keith, were one of those couples. They traveled to Jacksonville from Winona, Minnesota, to go through the two-week HABIT training in 2015. It was, they say, one of the best decisions they could have made.

Going through the program, Virginia says, allowed her to better understand what she was dealing with. “And I understood that I could be at this stage for a long time, or not. That I could improve my ability to function on my own.” Beyond that, she says, “Keith became my partner in this: He owned it as much as I owned it."

For Keith, as for most care partners who participate in HABIT, the training and support groups also provided an opportunity for self-reflection. “One thing I learned that was so important was that Virginia can't help the changes she's going through. But I can change,” he says. “So rather than me being frustrated, I realized that I'm the person who is flexible in this situation.”

These days, when he sees that Virginia is frustrated, he takes a step back. Rather than trying to be the person who steps in to save the day, Keith says, “I ask the question: ‘What would you like me to do?’ Because if she wants to try and figure it out herself, she still owns the problem. If I try to fix it myself, I take that away from her."

Debbra Williams, whose husband Ernie was diagnosed with MCI at the end of 2015 at age 74, says that as soon as they got the diagnosis she began researching available treatments. “But it became clear to me pretty fast that there aren't a lot of options for someone who has MCI.” They got the last two seats in the Jacksonville clinic's February 2016 HABIT workshop.

Now Ernie never goes anywhere without his calendar and, his wife says, often reminds her of things they're supposed to be doing. In the intervening years, he's likely had some additional memory loss and degradation in things like word recall. “But because he's able to adapt and compensate for the memory loss by keeping up on his calendar, it makes it more difficult to tell whether his memory has gotten worse,” Williams says. “The HABIT program has, at least to some extent, given him the skills to compensate for that."

It's also allowed the couple to change how they approach their life together. “In 2016 there was something happening, and it was scary, and there were memory lapses we didn't understand, and neither of us knew who we'd even talk to about this,” Williams says. “Now, having more knowledge about the condition itself and having tools to deal with it, I feel there's an acceptance and a calmness and, really, almost a joy in the things we are still able to do, which are many. We are both trying to focus more on what we can still do and enjoy it, as opposed to what we've lost."

Early on, Chandler says, there was debate about even whether patients and their families should be informed of an MCI diagnosis. With the advent of HABIT and other programs like it, however, not doing so would be a missed opportunity. “A lot of people want to know what's going on or have noticed a change.” Putting a name to it and providing a workable, compensatory approach can make a world of difference in the lives of everyone involved.

"I want us to be able to reach as many people as possible,” she says. “We're training other centers to do it."

One of those centers is the Lou Ruvo Center in Las Vegas. “This is something we want to be able to provide as soon as possible,” says Justin Miller, who notes that he plans to have some aspects of HABIT up and running within six months.

"When some people get a diagnosis of MCI, they effectively stop living their lives. And that's the worst thing you can do. HABIT gives people a structured way to actively engage with their own care and well-being, where otherwise the landscape of interventions is relatively sparse,” he says. “If I can't do anything to treat, stop or reverse the disease course, at least I can help folks maintain a subjective sense of well-being, age as gracefully as they can, and maintain their quality of life.”

At 58, Angie may be the youngest person to go through the HABIT program. Which means that, potentially, she also has that many more years to benefit from the practices it instills. Even after just two weeks, Angie says she's noticed a big difference in her confidence. In that same time her mother shows a noticeable improvement in both mood and anxiety scores. “I want to be a better coach, and to help her have an improved quality of life,” Ann tells Chandler. “We're on our way.” 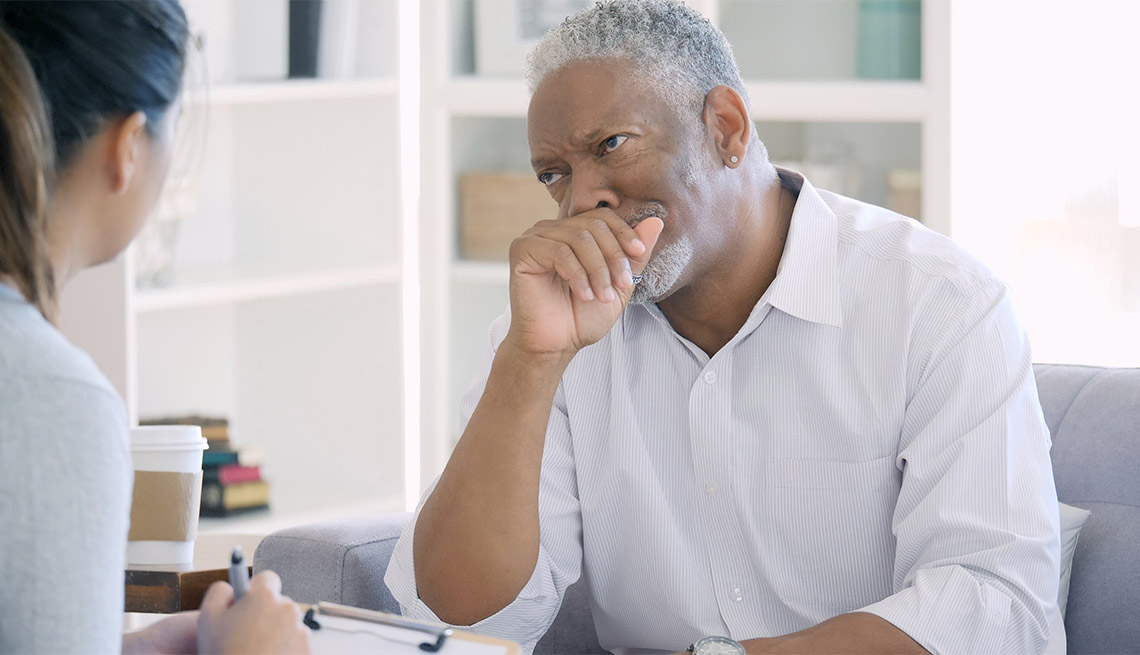