En español | Sterling “Ruffin” Maddox Jr., 78, was a mover and shaker in greater Washington, D.C. A civil engineer, he was a Maryland state legislator and worked as a real estate developer and agent.

He was a quintessential people person, the type whose funeral normally would have drawn a huge crowd — but these are not normal times.

After Maddox's death from COVID-19, on March 24, in a Virginia assisted living facility, his daughters and grandsons were allowed to spend two hours with him in a Maryland funeral home before he was cremated. A minister attended, courtesy of the app FaceTime. His daughters put a cellphone on a pillow near his ear in the casket so his two brothers in Florida could say goodbye.

His daughter, Jennifer Maddox Sergent, 50, says she didn't expect her father's death would be different from that of her mother, who passed away in 2017. She and her sister, Katharine, were at their mom's side and held her hands. 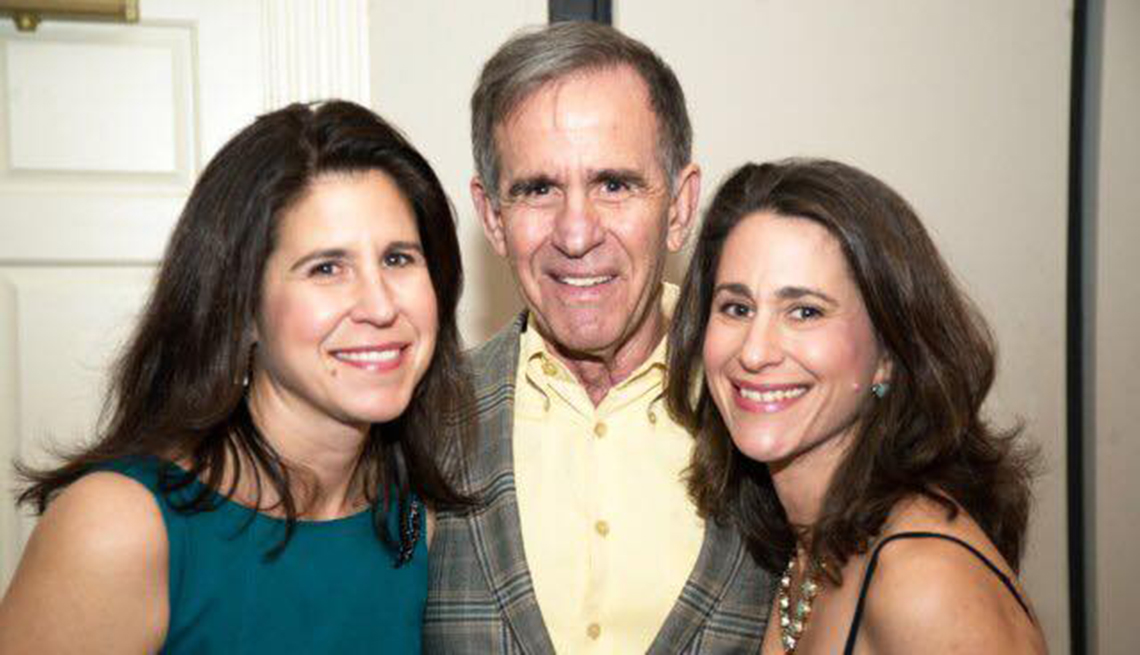 "It was a textbook beautiful death,” Sergent says. “This was not the script that we got to go by this time around.”

Before contracting the coronavirus, Maddox had Parkinson's disease and dementia. That his residence closed to visitors in March meant his daughters could not be with him during his last 12 days.

"Our experience has been repeated tens of thousands of times all over the globe,” says Sergent. “You can't see your loved ones for days and weeks, and all of a sudden, they're gone, and you're never able to properly say goodbye."

"Proper” goodbyes are a ritual of the past — for now. As Americans mourn their dead, families like Maddox's, with the help of funeral directors and clergy, are rewriting the norms of farewells because of stay-at-home orders, social distancing and travel restrictions.

That's a good thing, according to David Kessler, 61, an author and expert on grief and healing. He says don't delay the rituals, even if the restrictions triggered by the pandemic mean that traditions must be modified. “If your loved one died today, this is your moment to grieve. This is your month to grieve,” he says. “You can always have another physical get-together later."

Psychologist Alan Wolfelt, 65, who founded the Center for Loss & Life Transition in Fort Collins, Colorado, agrees that people who have lost someone to COVID-19 or any other cause should consider a small ceremony now and a larger gathering later. “Anything that delays a funeral delays the natural mourning process,” he says. “It's better to do something than nothing."

As the disease spreads, people have felt “shock, protest, disorientation, confusion and regret,” says Wolfelt, who has “walked with thousands of persons in grief,” including some who lost loved ones in the September 11 terrorist attacks. “There's a heightened sense of loss or emptiness or sadness — all normal human emotions of grief."

But what to do is the question in a time in which customs of culture, family tradition and religious observance can't be followed.

"Funeral directors, we treat families like our family members. Our heart breaks a little bit each time one of them walks in."

Now mourners are taking part virtually in visitations, funeral services and burials. Families use video or audio streaming and video chats in an effort to enable some participation by those who want to grieve together.

In suburban Atlanta, 41-year-old funeral director Ellen McBrayer and her husband, Scott, 42, were pretty low-tech at their Jones-Wynn Funeral Homes & Crematory, which dates to 1950.

Now they stream funeral services on Facebook Live, if requested, to keep the crowd to 10 or fewer people, standing apart from one another.

"With a virus that's this powerful, social distancing has brought new challenges,” she says.

Burials are changing, too. Up to nine mourners and an officiant stand near the grave, and others in the cemetery stay in their vehicles and watch video on FaceTime or listen to audio on Bluetooth.

"Funeral directors, we treat families like our family members,” the mother of four says. “Our heart breaks a little bit each time one of them walks in."

The stories she's heard since the pandemic make McBrayer's heart heavier. Among them:

A daughter was on the way to see her ailing mother in hospice in March when the facility was declared off-limits to visitors. She said her mother was fading and it was too late for a final call, so “my mom had to die alone."

Another daughter, who lost her father, told McBrayer she was thankful that a hospital nurse kept vigil as he lay dying and “would not let his hand go."

One man who was hospitalized could not receive the Catholic sacrament known as the Anointing of the Sick, which is administered to the seriously ill. After his death, he received last rites at the funeral home.

But new traditions have emerged, too. Baskets appear on front porches so that friends can leave behind condolence cards without meeting face-to-face, McBrayer says.

And, in a twist on the post-funeral repast, one family paid tribute to their fallen patriarch by holding separate cookouts and chatting on FaceTime. “They laughed that he wasn't the best griller, but he loved hot dogs and hamburgers,” she says, so that's exactly what was on the menu.

• Keep in mind that these challenges are temporary. “This lockdown will end. The epidemic will subside. Every dark night is given to a morning. There is no storm that lasts forever.”

• If you are unable to attend a funeral in light of restrictions, consider a small ceremony in your own residence.

• Remember that bereaved families need support now, so reach out by phone, text, FaceTime or Skype. Write a letter to share memories and offer condolences.

• Family members should hew to tradition but adapt. In the Jewish faith, mourners sit shiva (the Hebrew word for “seven”) during a weeklong mourning period after the burial of a close relative. The ritual sees other relatives bring over food and offer comfort and prayers. Phone visits are an alternative.