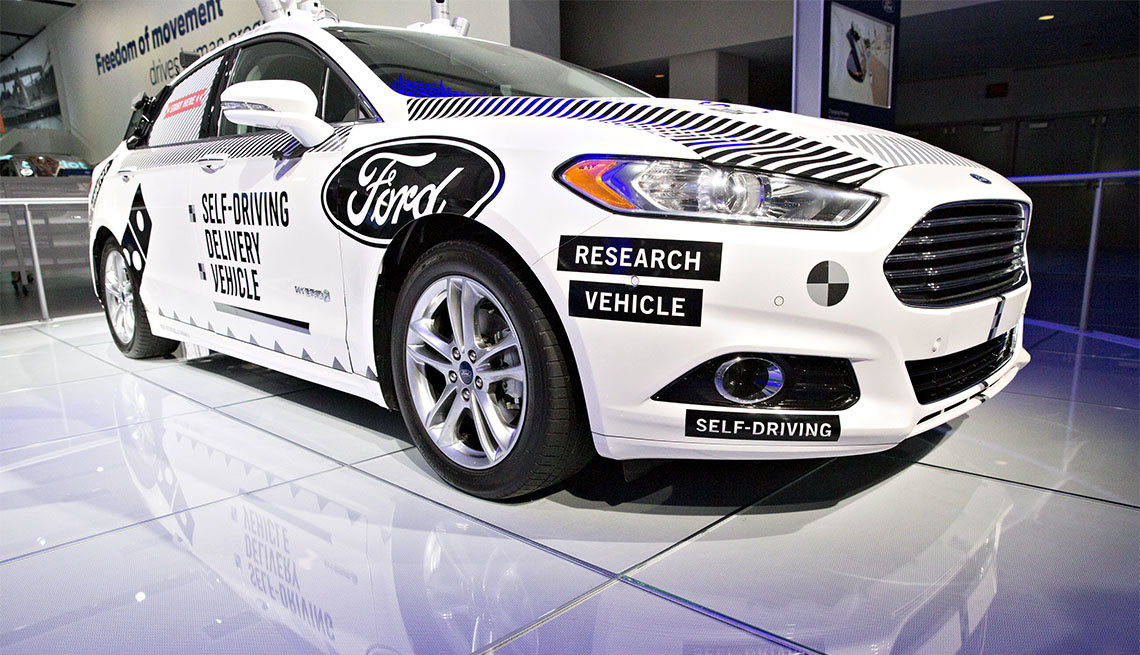 Experts say self-driving cars, such as this experimental Ford Fusion on display at the recent Detroit Auto Show, aren't that far off.

If human error accounts for 94 percent of all car crashes — as the National Highway Traffic Safety Administration has found — then it makes sense to look to technology to help keep us safe.

That’s the idea behind autonomous cars. Also known as driverless cars or self-driving cars, these vehicles can sense their environment and navigate around obstacles, obey traffic laws and reach a preselected destination — even rerouting due to traffic, accidents or construction — by way of built-in cameras, radar, sonar, GPS and infrared sensors.

And experts say we’re a few years, not decades, away from the reality of climbing into a self-driving car of our own and reaching our destination (entered into something like a dashboard touch screen or just said out loud) without ever touching a steering wheel.

Already, most of the major car companies have semiautonomous technologies in their vehicles, offering features such as lane assist, adaptive cruise control and the ability to parallel park. And major automakers and tech giants aren’t just researching and developing fully autonomous vehicles — a few are testing prototypes right now. Google’s vehicles, for instance, have been making driverless test runs for years on California roads. Last spring, the company began allowing members of the public to try out autonomous vehicle rides in Phoenix.

When it comes to Tesla’s electric vehicles, a significant chunk of the driverless future is already here. Its autopilot feature, once enabled, lets the vehicle automatically steer down the freeway, change lanes and adjust speed in response to traffic. Once you’ve arrived at your destination, the car can scan for a parking space and self-park on your command. You can also use your smartphone app to initiate a "summon" feature, which drives the car out of your garage and to a spot in front of your home where it idles until you get in.

So when can we expect highways full of autonomous vehicles? Nearly 10 million cars with self-driving features will be on the road by 2020, says BI Intelligence, a leading market research firm. Just a couple of years after 2020, the firm predicts, we’ll see fully autonomous vehicles that can drive on roads and handle a range of scenarios with little or no interaction from the driver. 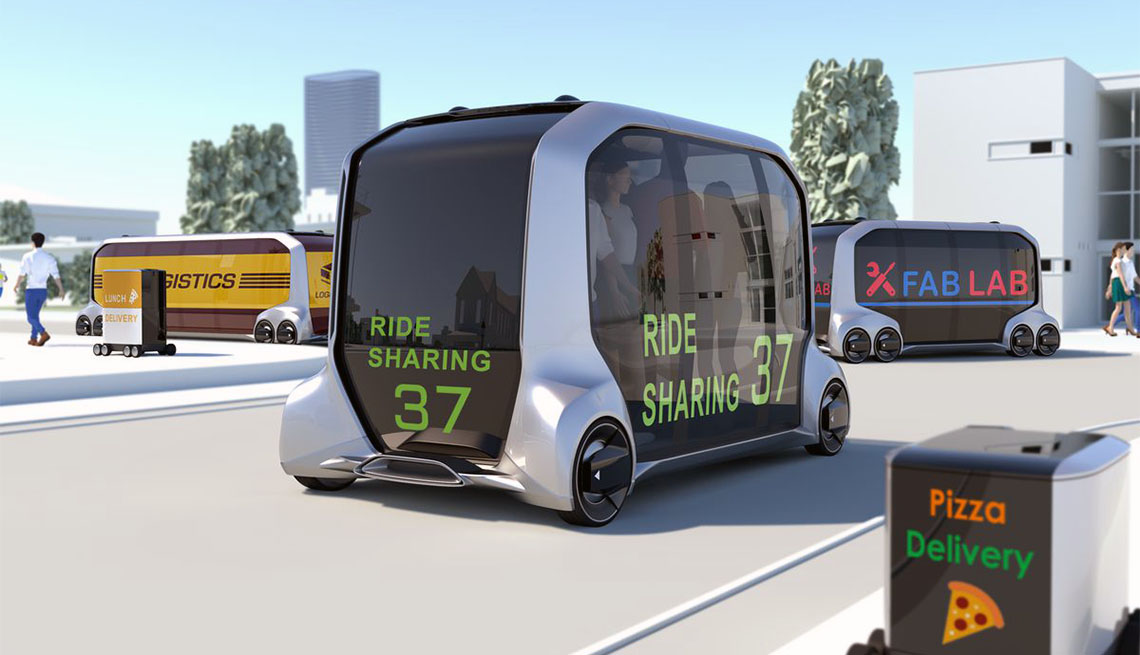 Toyota recently unveiled its e-Palette concept car, a driverless vehicle that the company envisions being used for deliveries and ride-hailing.

Some carmakers want to see autonomous vehicles even sooner: In early January, GM announced plans to mass-produce self-driving cars that lack traditional controls such as steering wheels and pedals as early as 2019. The same week as GM’s announcement, Toyota unveiled its e-Palette concept car, which it envisions being used for business purposes such as parcel delivery or ride-hailing. Toyota has not yet projected a timeline.

Naturally, there are a few issues to overcome before autonomous vehicles are your everyday ride. Along with technical hurdles, there are legislative barriers, insurance and liability questions, and even cybersecurity concerns. At the moment, only a few states — including California, Florida, Michigan and Nevada — allow self-driving cars to be tested.

But this could change: On the national level, the House of Representatives recently passed a bill that could accelerate the rollout of self-driving cars. Focusing on regulation across all 50 states, the proposed Self Drive Act cleared the House last year with unanimous bipartisan support; the Senate has been working on similar legislation. The measure would allow for limited testing of high-tech vehicles on public roads but also require automakers to meet standards showing that their self-driving cars are safer than those driven by humans.