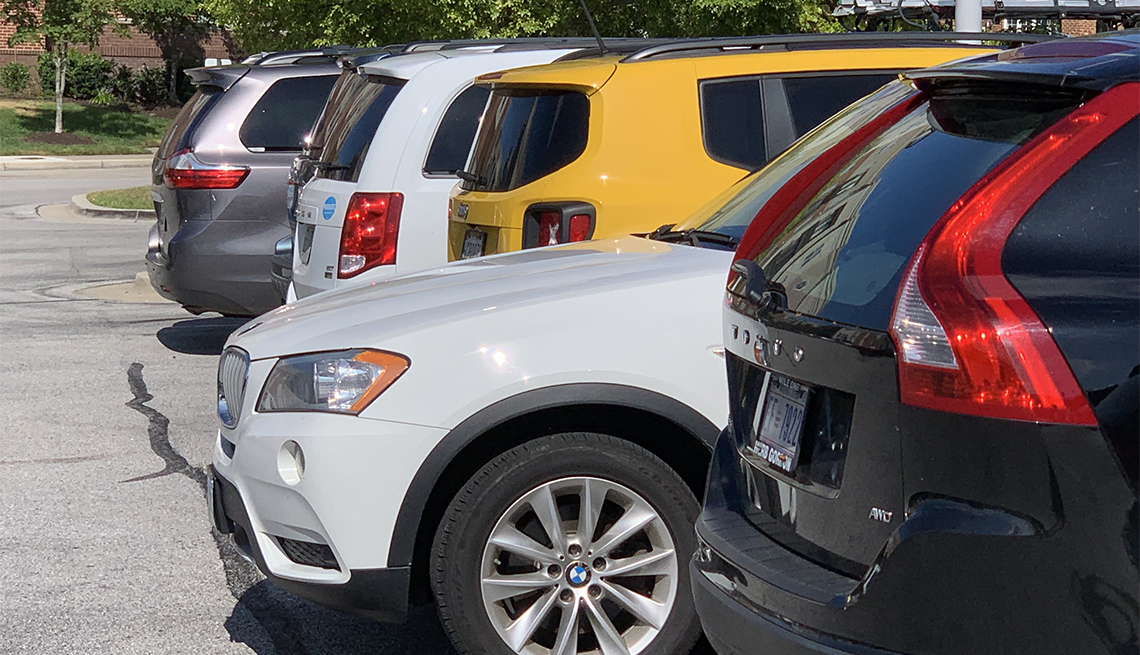 The sea of gray in parking lots nationwide means a lot of people have trouble finding their vehicles. But some buyers do have bright ideas.

Watch traffic a few minutes, and you'll see that dull and hypnotic parade of vehicles in 50 shades of gray. Half or more of all vehicles now sold, even excluding generally white fleet vehicles, are somewhere on the gray scale.

We'd love to tell you to grab your shades because the zowie-bright antidotes are coming. No longer would you have to squint to find your car in a parking lot or walk down the aisle randomly clicking your key fob to see a flicker from a not-so-distant taillight.

But we would be exaggerating.

"It feels more like the Model T days, of which Henry Ford wrote in his autobiography: ‘Any customer can have a car painted any color that he wants so long as it is black,' ” Consumer Reports says.

We're drab when it comes to cars

And this lack of flashiness is not a flash in the pan.

"All the data I have seen suggest nothing is going to change soon,” says Ian Beavis, chief strategy officer at global researcher AMCI in Gardena, California.

Still, funky alternatives are out there. Ford, Hyundai and other brands within reach of your budget sell charming shades of blue from indifferent to demanding. Yellows from airy to solid show up on models from Honda and Toyota.

Two-tones? How about an orange roof over a silver body? Nissan Kicks, a small SUV, is at your service.

Shades of red are about 10 percent of new-vehicle colors, according to Pittsburgh-based paint-supplier PPG.

Not so blue about the blues

Beyond the, uh, evergreen nature of red, blues seem to be the rescuers of the moment: from the barely blue of Hyundai's Veloster N high-performance coupe through the really, really blue on a variety of cars and trucks, to the molten metallic that Ford dubbed Ford Performance Blue when it launched the go-fast 2019 Edge ST, and now, with little difference, calls Atlas Blue on the brand-new 2020 Explorer.

At companywide meetings, including PPG representatives from nonautomotive departments, the blue momentum was spotted a few years ago. Ford shoved it forward by showing blue versions of all models at the 2015 Detroit auto show, she says.

Blue is holding at about 9 percent of all new vehicles in North America as of 2018, her latest available data, just one percentage point shy of red, and it has room to zoom. Green? An afterthought at 1 percent.

Orange hovers in the wings, dropkicked into the mix in a blaze of orange at the 2018 Detroit auto show. But it's not a serious player yet.

"We've got those reds, yellows, blues, greens, oranges,” and car shoppers like to see them in showrooms and on car lots, says La Shirl Turner, head of advanced color and materials design in North America for Fiat Chrysler Automobiles. “Even if they're not going to get that (distinctive) color, they still want to have that choice.

"But not every color looks good on every model, so we have to be careful,” she says.

Before you swan dive into the automotive rainbow, keep in mind the strong reasons for our present subdued streetscape.

Bland colors usually have better resale value, AMCI's Beavis says. It feeds on itself: That's what people have learned to buy; therefore, that's what dealers stock, so that's what's mostly available to buy.

Exceptions are from people who lease, he says.

Up to 33 percent of all new-car buyers do, according to researcher Edmunds.com. They're more likely to chance a zippy color because they can be rid of it in two or three years when the lease expires.

But otherwise, we go back to the monochromatic palette, Beavis says.

"Societal trends have a role, too. Silver, gray and black are associated with technology and modernity,” his data show. Think about the silver case of laptop computers, the black shell of cellphones, the gray housing of voice-activated home controls, the gleaming black and white of fancy coffeemakers.

” ‘I buy white because it stays cleaner,’ or ‘Gray doesn't look as dirty as others.’ We hear that a lot,” PPG's Harrington says.

But still, can you find your car, SUV or pickup easily after a crowded football game?

Here are some distinctive-colored cars that, for the most part, might even be fun to drive. No promises on resale value.