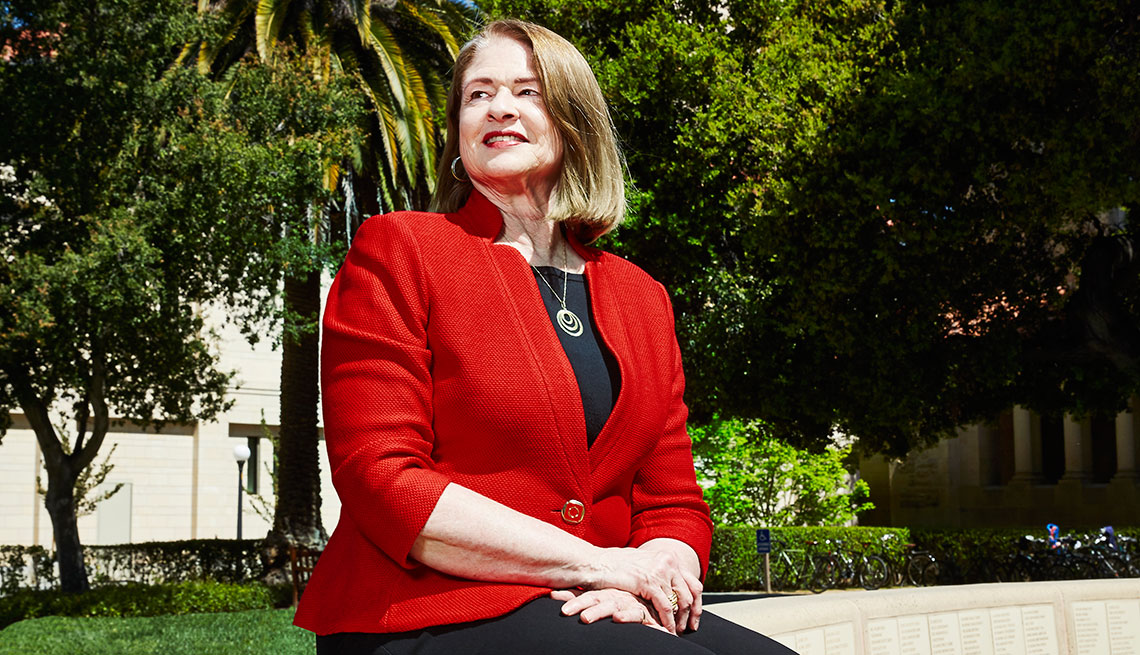 Laura Carstensen is an age disrupter.

Your father lived to age 96. What did he teach you about aging?

We were sitting around the breakfast table one day, and I was talking about the strengths represented by older people: the wisdom, the knowledge, the ability to regulate emotions. And he replied, “Yes, maybe we should stop talking about how to save old folks and find ways instead to get them to save us all.”

How does aging improve us?

When I was in graduate school 30 years ago, old age was considered to be pathological. And I happily went along with that. But when I began studying elders, I found that they were doing really well emotionally, even when they weren’t doing so well physically. They were generous, thoughtful and emotionally complex. And I thought, If those qualities are growing because the population is aging, then we’d be idiots not to use that resource to improve society. I like the term “perennials” — we’re still here, blossoming again and again.

Yes. But this aging thing is something we need to address urgently, given the sheer number of boomers. This could be the cohort that says, “I’m not done yet. I’ve got stuff to do, and I’m going to make a difference.”

How do you view longer lives?

The social norms surrounding aging today tend to be telling older people to go away quietly into the night to make way for young people. Instead, we need to be sending messages of a different life model where, as you reach your 50s and beyond, you say, “What can I do to improve the world?” It’s like the saying: “Society grows great when old men plant trees under whose shade they will never sit.”

Some employers say older workers are too expensive.

That can be solved. John Shoven, an economist at Stanford, has advocated excusing people who’ve been in the workforce for 40 years from paying into Social Security. That would relieve employers from the cost of paying their half and give employees, in effect, a raise and a signal to stay on longer. Most older workers say what they really want is the flexibility to work part time or take longer periods of time off, which would make older workers less expensive for employers.

What about the perception that older workers are less productive?

There’s some exciting new research by German economist Axel Borsch-Supan. He found that there is some reduction in productivity for very unskilled jobs. But with knowledge-based jobs, you see an increase in productivity with age. Then it levels off. It doesn’t go down.

Wasn’t there a recent study conducted about age and team performance?

It was a study done in an auto plant. They studied teams made up of all young workers, all older ones and some mixed groups. The researchers found that the mixed-age teams were the most productive because they benefited from the knowledge and experience of the older workers as well as the skill and speed of the younger workers. That’s a metaphor for what work will look like in the future, when we’ll have the most age-diversified workforce ever.

What else would you change?

We should have a graded benefit scale so that you could work 21 hours a week and not get penalized because it will cost your employer more. A lot of older people say, “I love my work, but I’m tired of this 50-hour-a-week grind.” Yet, we tend not to have models for letting people move to 20 hours a week or so. There’s nothing magic about the 40-hour workweek. We should start thinking about changing it.

If you were president, what changes would you make?

I’d rather work at the city or state level and think up policies designed for specific populations. If we start the conversation at the grassroots level and say, “You’re going to live a long, long time. What kind of work are you going to do that you can continue to do when you’re 80?” — that’s when things will change. Eventually federal policies will support practices already begun.

How should we view the future?

One hundred years ago, 16 percent of the babies born in this country died before age 5. Imagine telling our great-grandmothers, “Today babies don’t die.” They’d think, How in the world did that come about? Well, it came about because of science and behavior change. We should be inspired by problems, not overwhelmed by them.