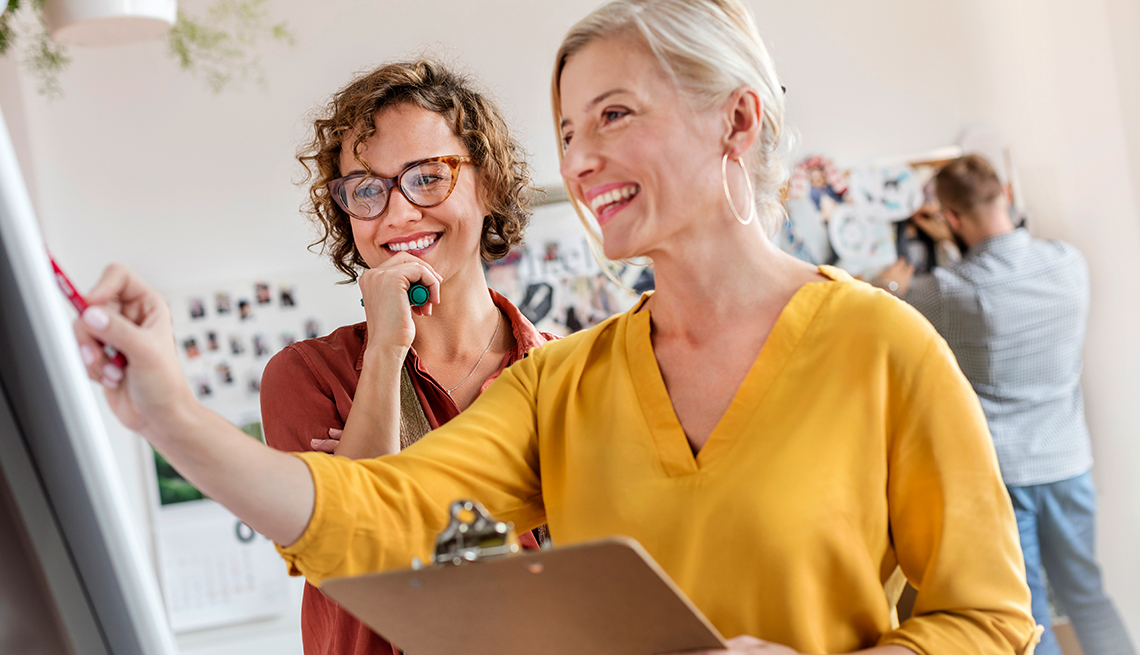 Returnships — specifically designed internships for people returning to the workplace — are growing in popularity.

En español | If you saw the Robert De Niro-Anne Hathaway film The Intern, you might be forgiven if you think that such an internship — in which a longtime professional who retired gets to reenter the workplace — is just fiction. But internship programs specifically designed to reintroduce people to the workplace after a long employment gap are widespread, with some of the biggest names in business now using them.

The programs, sometimes called “returnships,” also help ease another possible problem: potential labor shortages. They may benefit not only older Americans, but also anyone who has taken a career break for personal, family or health reasons.

“In the same way that an internship offers a guided period of exploration, a 'returnship' provides individuals with an opportunity to sharpen their skills in a work environment that may have changed significantly since their last experience as an employee,” investment banking giant Goldman Sachs explains on its website. “It also gives participants the ability to explore a new area of expertise and learn new skills.”

Goldman Sachs’ program is geared specifically for people who have been out of the workplace for two years or more. It is far from alone among big companies (and small) that offer the programs.

For example, a number of tech companies offer return-to-work programs through Path Forward, a nonprofit that focuses on helping people restart their careers. It has worked with Apple, PayPal, Oracle and others on the programs, and claims 80 percent of its participants were hired by the companies where they interned.

“The stereotype tends to be that the longer you’re out of work, the more out of touch you are,” Amanda Augustine, a career advice expert for resume-writing service TopResume, told Newsday. “So getting into a returnship is a great way to reconnect with people in your field and have new experience at the top of your resume.”

Another company specializing in what it calls “career reentry programming” is iRelaunch, which works with about 30 large companies in a variety of programs. It also has hosted more than 20 conferences since 2008 on returning to work.

Among the programs it has helped create: an effort with the Society of Women Engineers to bring engineers back to STEM (Science, Technology, Engineering and Math) careers after a break.

“Career breaks are not going away and neither are returnships,” iRelaunch cofounder and CEO Carol Fishman Cohen writes on a company blog.