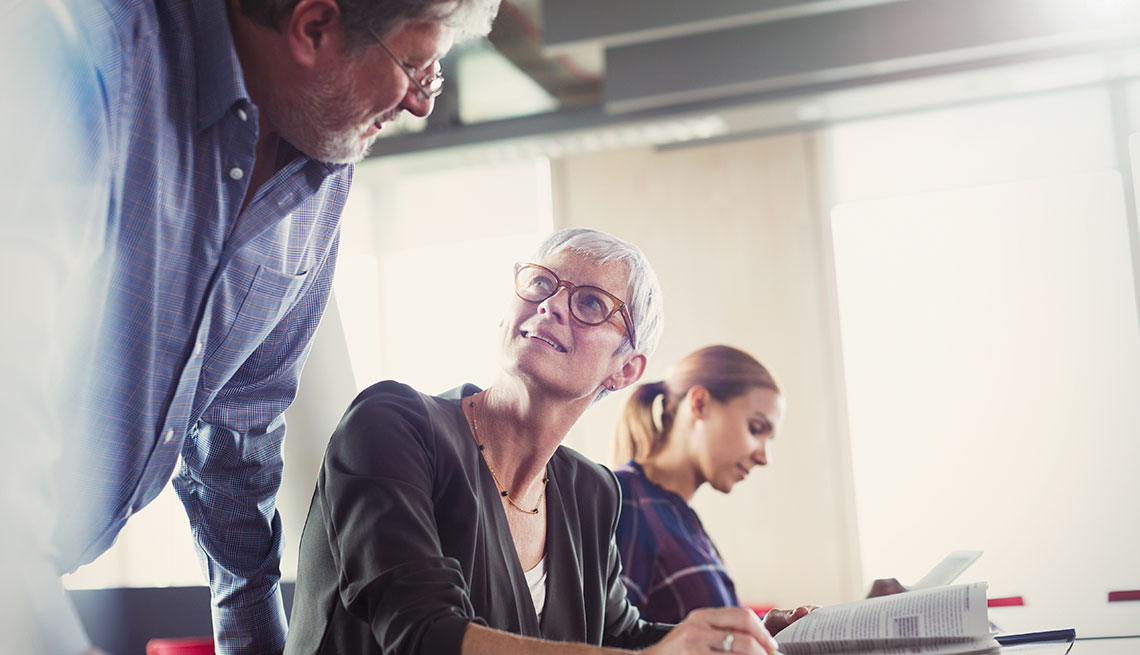 Adults can use community colleges to help with training for their current careers or their next jobs.

Dave Schmidt was less than three years from retirement when he did something people usually do at the beginning of their careers: He went back to college.

Schmidt, 63, wanted to upgrade his technology chops so he could better manage inventory in the job he’s held for 28 years as a purchasing manager at a packaging company. So he took an advanced class in Microsoft Excel to earn a certificate from Northeast Wisconsin Technical College in Green Bay.

“I was three times the age of all my classmates,” Schmidt says. “Sometimes I felt like I was riding a bucking bronco, trying to keep up with the pace of the class.”

Before long, however, as students broke into teams to solve problems, Schmidt found his younger classmates looking to him for guidance. “‘Grandpa had it right,’” they said admiringly after one particularly tough problem-solving exercise, he recalls.

More and more, people over 50 are finding themselves back in community college classrooms. With their affordability, convenient locations and ease of access, these institutions are a popular choice for adults who want to acquire new skills. Whether changing jobs or career fields, people who learn new skills are better prepared to keep up with rapid changes in the workforce. Nearly 7 in 10 personnel directors say transformation in the workplace is happening faster than normal, the HR Policy Foundation found in a recent survey.

Community colleges let you pick as little or as much as you need. You can sign up for a course or two, like Schmidt did, to sharpen up on a particular software program or business skill. Or you can pursue an associate degree in fields such as accounting, nursing or web design.

“There’s much more of a need to stay current, to know what’s the leading edge,” says Barbara Heinlein, 53, a lifelong computer programmer and former IT division director in the Information Systems Group of the Centers for Medicaid and Medicare Services. She has bachelor’s and master’s degrees but enrolled at Anne Arundel Community College in Maryland to obtain dual associate degrees in entrepreneurship and internet application development.

“Some people of a certain age see themselves as, ‘Oh, I’m not part of that college crowd,' " says Heinlein, who has started her own software and consulting company, Raving Software. "But these days they have to be continuous learners.”

The federal government doesn’t track how many people over 50 are enrolled in college. But it can tell you that the number of adults older than 35 in two-year and four-year colleges has increased from 767,000 in 1970 to 3.4 million now, and is projected to rise to 3.9 million by 2019. Of those, about 2.3 million attend part time.

It’s only natural that older students who want to update their education gravitate to community colleges. They’re more affordable than most four-year colleges, easier to get into, often closer to home, and they usually offer courses at night and on the weekend. Ten percent of students at community colleges are over 40, according to the American Association of Community Colleges. Seven percent already have bachelor’s degrees, and 63 percent work full time while enrolled.

"Gone are the days when you go to college for one thing and then you go and work for one employer until you retire,” says Debra Killmeyer, dean of workforce development at the Community College of Allegheny County in Pittsburgh. “Things are just moving and changing more quickly, so people have to reinvent themselves,” especially in fields such as information technology and health care.

This doesn’t mean that higher education institutions have entirely adjusted to the needs of older students. Some students complain about scheduling issues at community colleges, for example, not just in terms of when classes are available but also when administrative offices are open.

“Some schools don’t have a lot of people who are staying for the 5-to-9 crowd who are coming after work,” says Eunice Maize, coordinator of a collaboration between AARP Foundation and the American Association of Community Colleges (AACC) that's called Back to Work 50+.

AARP and its partners in Back to Work 50+ focus on making sure that older adults can get the right training for in-demand jobs in their region. Offered at more than 20 colleges and community centers across the country, Back to Work 50+ offers workshops, individual coaching, computer training and other support to help older adults who are unemployed or have little income get jobs and improve their careers.

Maize says that older workers will need to continuously update their skills in order to stay successful on the job. "The concept of people being able to work at a job for 20 or 30 years and go into retirement is no longer relevant.”

As for Schmidt, he’s planning to take another class in the fall at Northeast Wisconsin Tech. And Heinlein has enrolled in an e-marketing class and started to explore other ways to add to her portfolio, such as free and low-cost online courses.

"There’s much more of a need to stay current, to know what’s the leading edge,” she says. “I’m trying to stay ahead of that curve."

More on Job Skills and Training 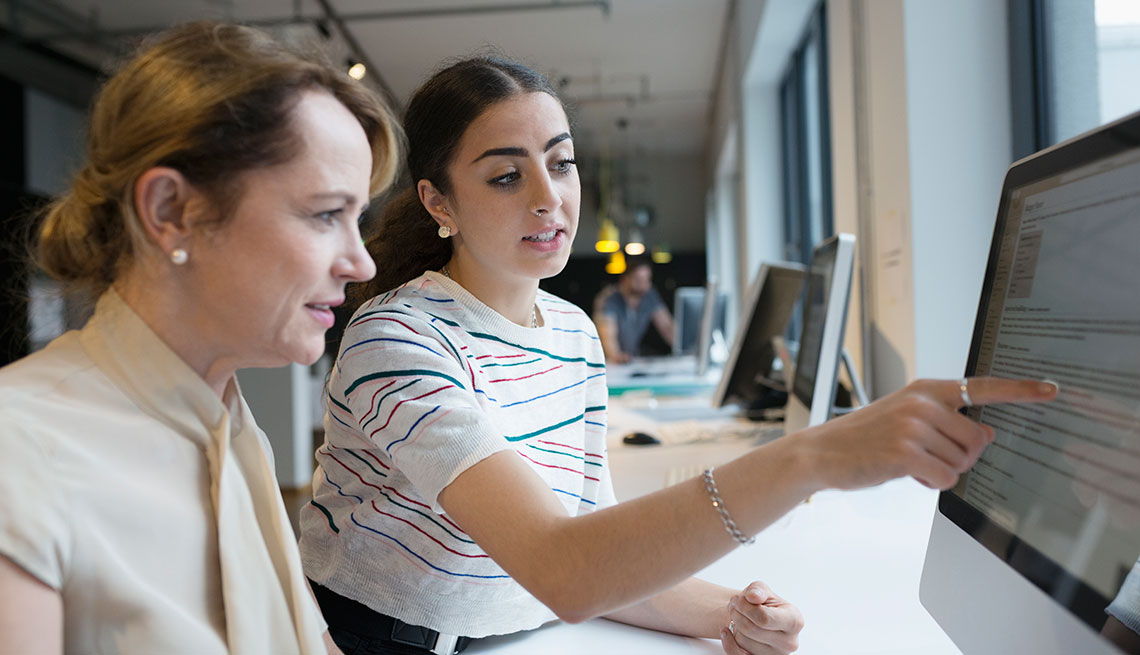 TELL US: What are some skills, training you want to learn? 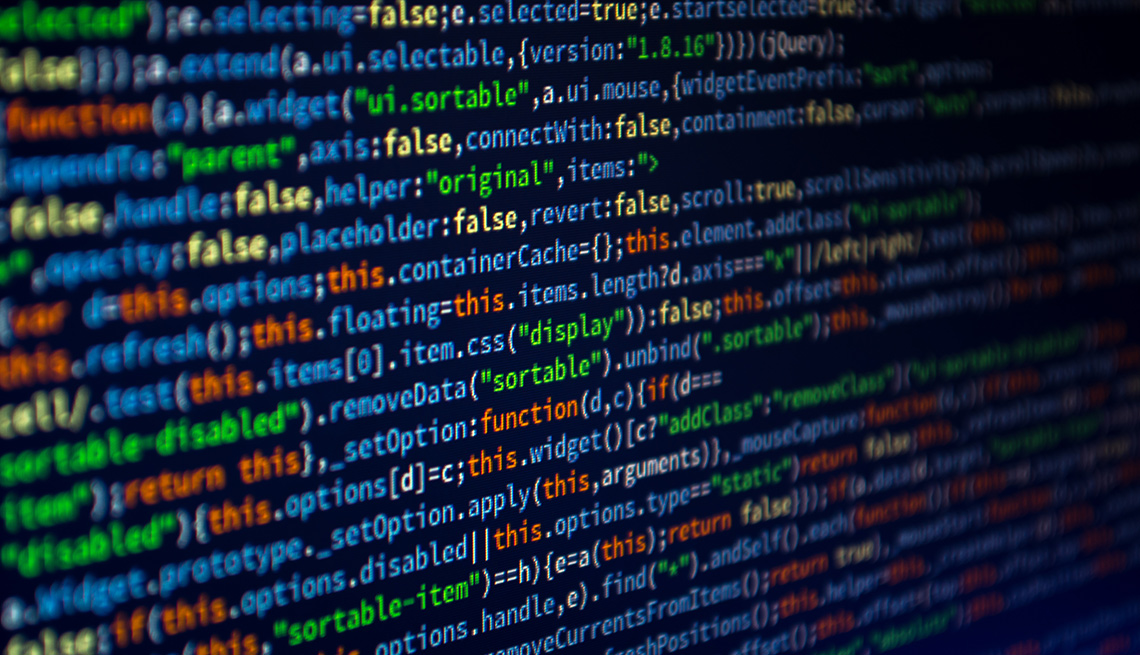 Code your way to career growth