A guide to the legendary launching pad for Marvin Gaye, Diana Ross and other superstars 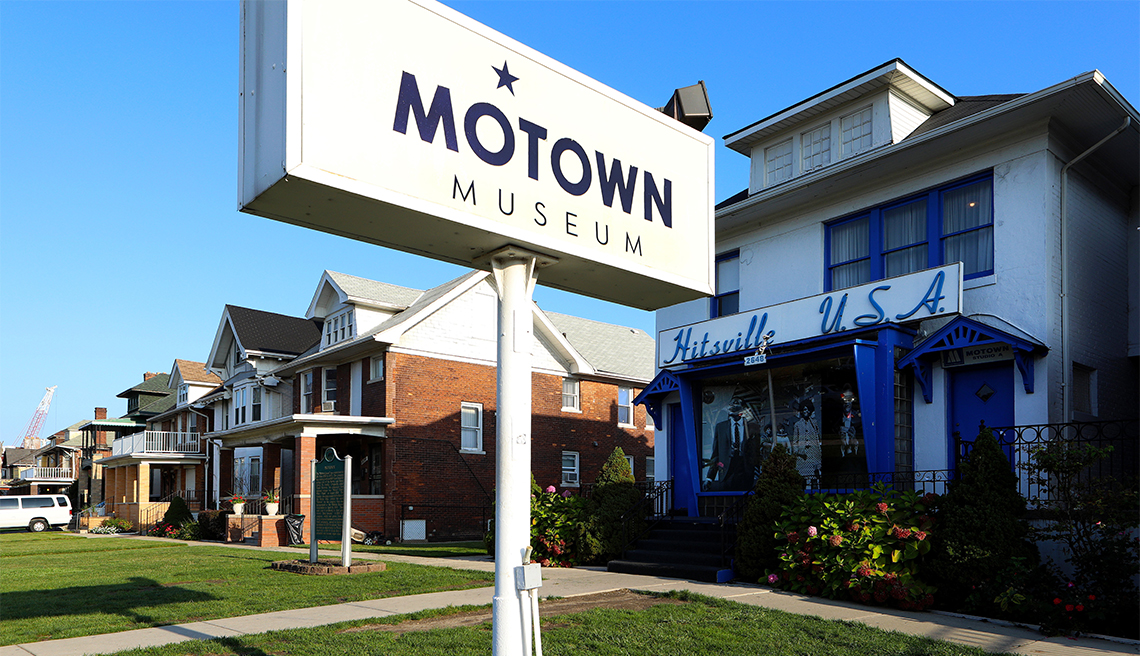 En español | COVID-19 Update: Motown Museum has been closed due to COVID-19 but is scheduled to reopen on Feb. 18 with each tour (Thursday-Sunday) limited to 10 visitors and masks required. Book online and check the website for updates.

Who could have predicted a modest 1950s bungalow on a residential street in a Detroit inner-city neighborhood would become the epicenter of a musical movement that rocked the world? Starting with an $800 family loan, Berry Gordy Jr. launched Motown Records in 1959 at the tender age of 27. To chase his dream of making music for all people, the young but fearless Gordy boldly quit his assembly-line job at the Ford Motor Co. plant and purchased 2648 W. Grand Blvd. He moved into the upstairs flat, converted the downstairs rooms into a control center, transformed the garage into a recording studio (the celebrated Studio A) — and the rest is musical history. His gutsy entrepreneurial gamble not only brought us soul music now revered the world over, it also launched a cultural revolution.

Step inside the Motown Museum, housed in that white bungalow with blue trim that was once known as Hitsville U.S.A., and you'll immediately be humming along with the soulful, oh-so-familiar Motown tunes playing throughout this former hit-making and artist-development factory. 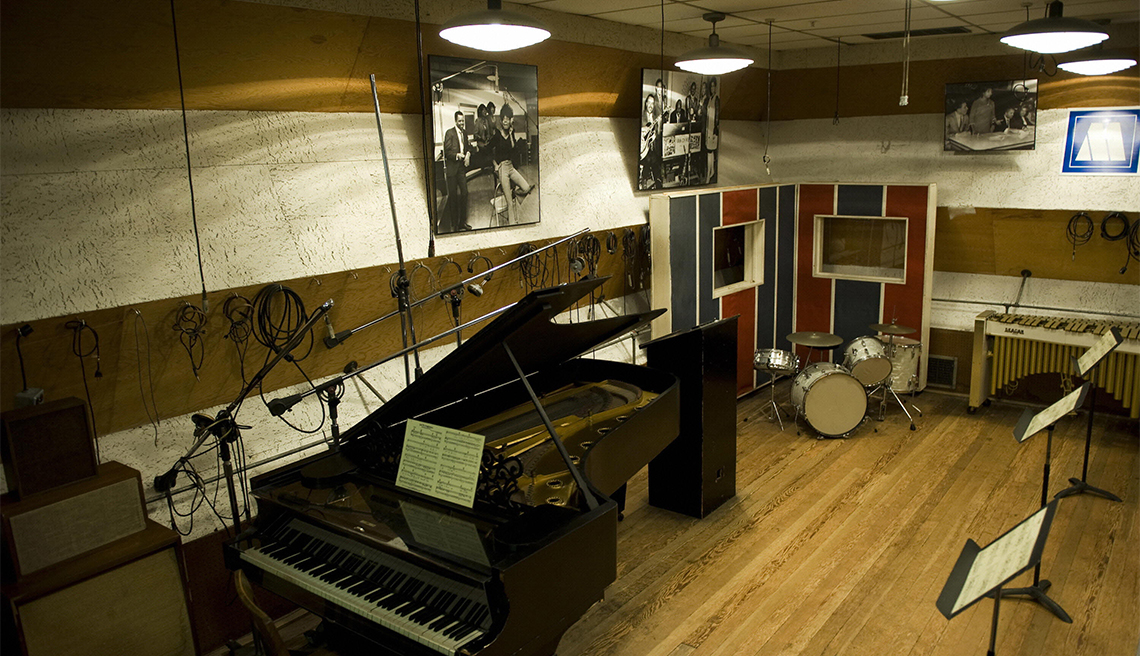 Docent-led tours (about an hour long) begin in the upstairs apartment. In the living room decorated with midcentury furniture, you'll be standing where Marvin Gaye, Smokey Robinson and other members of the Motown family often hung out after long recording sessions. The table in the dining room doubled as the headquarters for shipping and decision-making as Gordy grew his empire. Using a quality-control approach inspired by his assembly-line days, Gordy held weekly “product evaluation” meetings in this modest room to determine what was working and what required improvement. By balancing this approach with an environment promoting creativity, he gave a voice to local Detroit talent — many from the neighborhood — as he transformed young and musically gifted Black artists into superstar recording artists.

Getting there: If you drive, there is free street parking but no lot. Taxis, car-hire services, Lyft and Uber are available throughout the city. You can also take the Dexter or Fenkell bus lines, exiting at the Rosa Parks and West Grand Boulevard stop, two blocks away.

Accessibility: Wheelchair ramps, wheelchair-accessible restrooms and an elevator give the mobility-challenged access to all parts of the museum. But bring your own wheelchair, walker or scooter because the museum has none to loan out.

The thrills continue downstairs in Studio A — the very room where Marvin Gaye gave life to “How Sweet It Is (To Be Loved by You),” where the Marvelettes pleaded “Please Mr. Postman,” and Smokey Robinson and the Miracles warned you'd better “Shop Around.” Stars often drop in, surprising guests and adding to the excitement. During my visit, Martha Reeves of Martha & the Vandellas showed up and shared anecdotes about her Motown days and led our group in an unforgettable verse of “Dancing in the Street” in this studio — a spectacular experience.

On your own, wander through the Gallery in the attached house next door, added when Motown hits climbed the charts and the money started rolling in. Gold and platinum records line the walls, alongside the sequined gowns and high-style suits worn by Diana Ross & the Supremes, the Temptations, Stevie Wonder and other Motown legends while performing for adoring crowds of all backgrounds on stages around the world. Photos and newspaper clippings tell the musical success stories and, more importantly, the cultural impact brought about by the signature Motown sound that appealed to audiences of all backgrounds. Under Gordy, Motown became a model of Black capitalism, pride and self-expression, giving hope to future generations.

While in the Gallery, don't miss the recently unveiled exhibition “Capturing a Cultural Change: Motown Through the Lens of Jim Hendin,” featuring remarkable images of the label's famed photographer that trace Motown's transformation during the 1960s and ‘70s cultural revolution. An impressive display of visual storytelling, the exhibit details the label's evolution through this time of protest and social change and shares the powerful stories behind the photography. Hendin's dramatic cover shot for Marvin Gaye's hit album “What's Going On?” sets the tone for the photo installation. A replica of Hendin's photography studio further enhances the display.

During my visit, Martha Reeves of the Vandellas showed up and shared anecdotes about her Motown days, then led our group in a rendition of “Dancing in the Streets.”

Interest in Studio A fueled the museum's creation. Esther Gordy Edwards (Berry Gordy's sister and Terry's grandmother) maintained a company office at the Hitsville U.S.A. location after Motown moved its operations to Los Angeles in 1972. Motown fans often knocked on the door and asked to see Studio A. She graciously obliged time and time again. After touring thousands of people from around the world, it occurred to her that the bungalow-turned-hit machine had become a monument to the music Motown created. Edwards called her brother and said, “Berry, I think we made history and didn't know it.” With Gordy's blessing, and utilizing their vast collection of Motown memorabilia, Edwards opened the museum in 1985 — not just to preserve the legacy of the Motown Record Corp., but also to educate and motivate people, especially youth, with exhibitions and programs promoting the values of vision, creativity and entrepreneurship.

"Motown is more than a museum. It's really a community for not only those who see the story through the lens of nostalgia and a music time period that represents their youth, it's also a community for the next generation of aspiring talent,” says Terry.

Director’s tip: In the Gallery, look for Michael Jackson’s iconic sequined glove and black fedora, donated to the museum by the late “King of Pop” himself.

The Motown Museum is now readying for a 50,000-square-foot expansion called Hitsville Next that will feature interactive exhibits, a performance theater, recording studios, an expanded retail operation and meeting space — all in a new building scheduled to open sometime this year behind the bungalow. The goal, says Terry, is to use “the rich heritage of Motown and its current-day influence to inspire the next generation."

More to see in the area

Another nearby museum shines the spotlight on others who, like Gordy, blazed trails with much success: The fascinating Henry Ford Museum of American Innovation celebrates pioneers of invention and design across numerous platforms. Located in the Detroit suburb of Dearborn, 10 miles west of downtown, the museum builds on Ford's personal collection of Americana and can be visited year-round. From the Oscar Meyer Wienermobile to the infamous limousine in which John F. Kennedy rode on that fateful Nov. 22, 1963, day, the museum displays an exceptional assemblage of artifacts spanning 300 years of American history. While you'll see original Model Ts and Ford Mustang convertibles from the 1960s, the expansive campus includes other notable transportation-related inventions beyond the automobile. Sure to catch your eye: a 1941 Allegheny steam locomotive and a replica of the 1903 Wright Flyer flown by the Wright Brothers at Kitty Hawk in North Carolina.

The museum also addresses compelling cultural movements throughout history. For example, you'll see the Alabama bus on which Rosa Parks refused to give up her seat in 1955 — an act that many believe sparked the Civil Rights movement. It ranks among the museum's highlights.

An outdoor extension of the museum, the adjacent Greenfield Village — a living history museum — spans 80 acres dedicated to centuries of America's originative spirit. Walk through four working farms to discover 19th-century farming practices. Watch master artisans create gorgeous glassworks using authentic period techniques. Take a ride in a real Model T or hop on a steam locomotive to check out the only operating 19th-century roundhouse in the Midwest. (Open mid-April through Nov. 1)

Splurge: Expand your Motown Museum experience at Motown Bistro, about 2 miles east of the museum in Detroit's Eastern Market. Grammy awards and gold and platinum records line the walls and booths bear the names of legendary Motown artists, such as the Jackson 5 and Stevie Wonder. Try the Oyster Rockefeller for a starter followed by the New York Oscar — a New York strip served with lump crab meat. 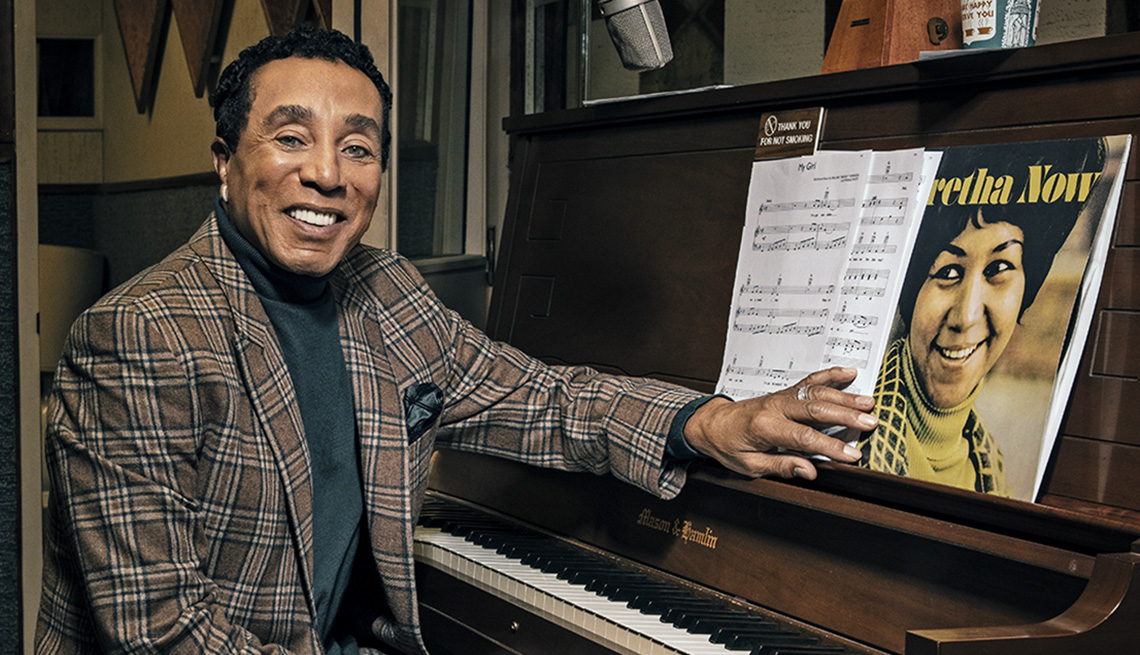 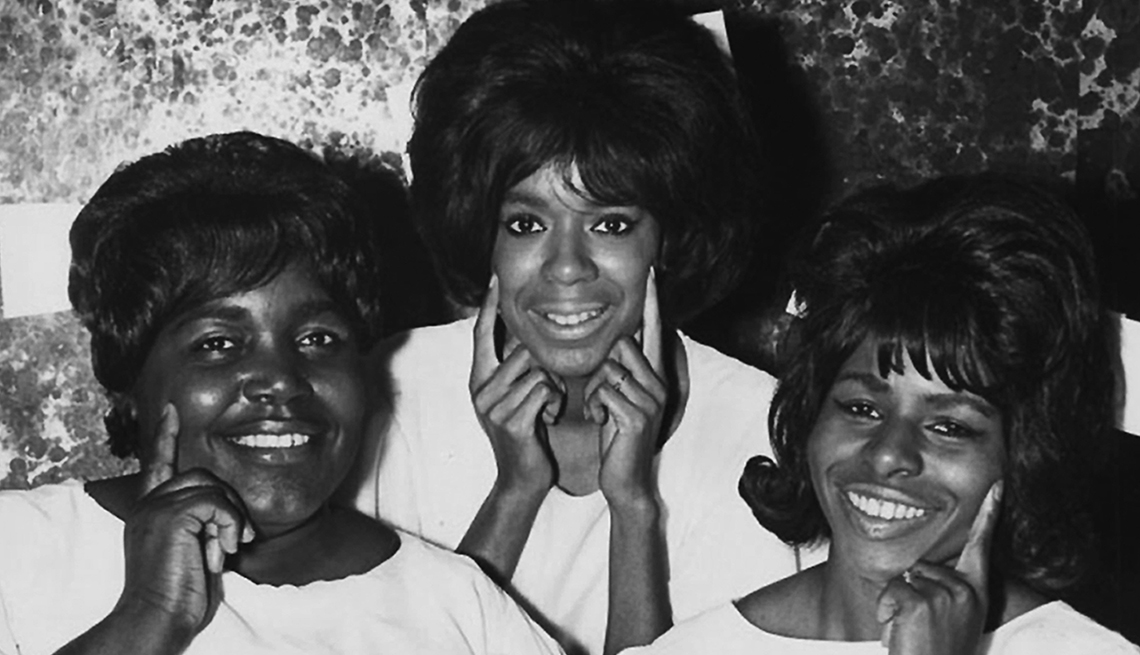 The Girl Group Motown Left Behind

The Andantes sang on some of the label's biggest hits 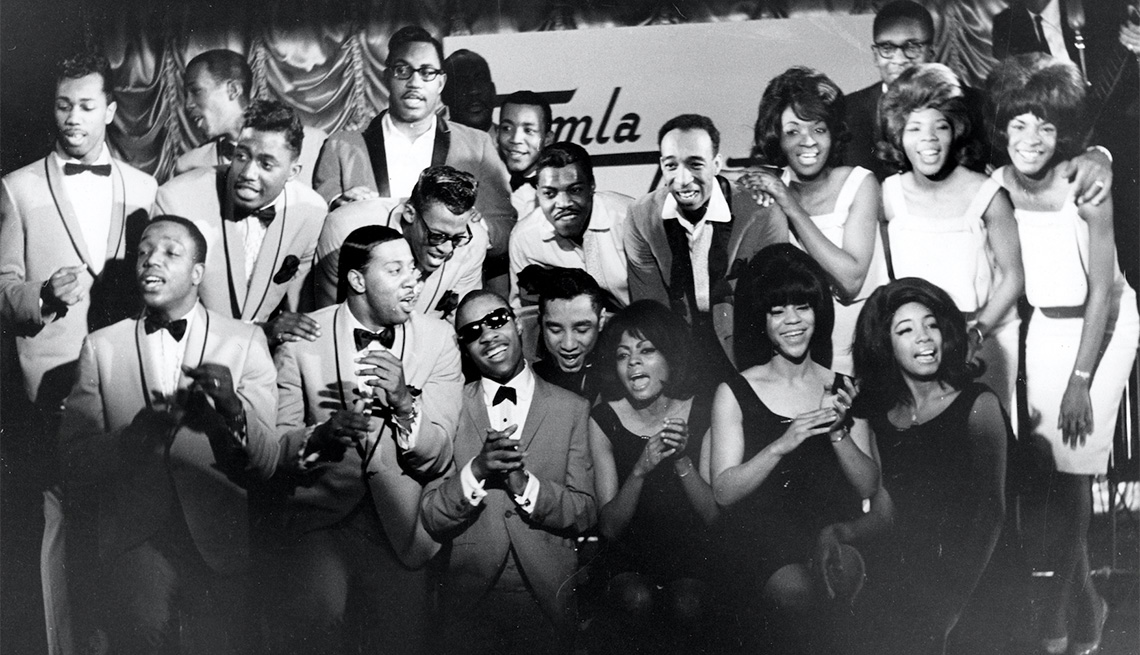 Motown Through the Years