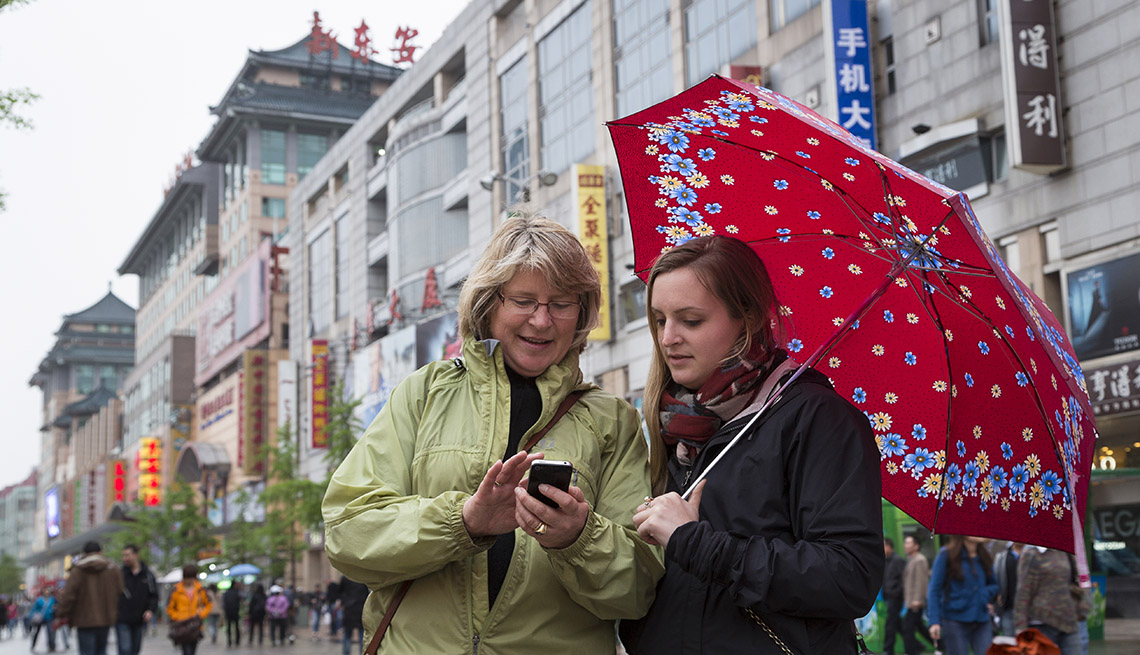 Keeping up with your children can be fun

There are very few excuses for not keeping up with your adult kids these days, what with email, texting, Facebook, Skype and good old-fashioned phone calls.

Still, quality face time may be limited. If your kids live far away, you may see them just a couple of times a year — maybe on a holiday weekend or a short summer visit. And chances are that time is layered with preparing feasts, playing with the grandkids and catching up with other out-of-town relatives.

Even if your child lives nearby and the hours you spend together do add up, they’re likely spent cheering on the grandchildren at soccer games or gathered with the rest of the family at a noisy pizzeria.

How, then, to stay connected? The best way might be to get away on a trip, just the two of you.

“Multigeneration travel is booming,” says Kristen Korey Pike, an Atlanta-based travel adviser. “The baby boomer generation has made travel a top priority, and they want to travel with their kids.”

Choosing a destination where you and your child share an interest, perhaps an ancestral homeland, may jump-start planning, Pike says. She recently arranged for a couple and their two daughters to travel to Italy, where the family has ties. But lots of people have a great experience planning everything themselves.

To get started, resist the urge to start a fresh Google search. Instead, get your child on the phone and brainstorm a little. Where have you both always wanted to go? Mull the list over for a while. Then grab your calendar and make another phone call. Finding a stretch of time that actually works for both of you is perhaps the biggest hurdle of organizing a trip.

“It can take a year to find a date that works,” says Pike. “And that’s OK. It’ll give you time to plan, but also to get excited.”

Choosing the right number of days is key. Generally, you want to find that sweet spot where you feel as if you’ve had enough time together but not too much time together. Erring on the short side isn’t bad, given the overall goal of making the trip so successful you’ll both want to do it again, or even make it an annual tradition.

For Karen Bohn, 71, of Sebastopol, Calif., the timing was the easy part of planning a five-day, four-night summer trip with her son Eric. Eric’s own son was going to be away for a week, which freed up his schedule for the mother-son getaway.

They both loved the idea of a train trip. They’d taken a shorter one together, and thoughts of a longer one had been brewing for a while. And Bohn wanted to see parts of the United States she hadn’t seen before, especially the heartland. There are only a few train lines from California to choose from, so that part was straightforward. They took Amtrak’s California Zephyr from the San Francisco Bay Area east through Nevada, Utah and Colorado and then through the Midwest to Illinois. Then they circled back through the Southwest.

Every traveler comes with his or her own needs, abilities and expectations. Pike says it’s important before the trip to have a frank discussion. That may mean letting your child know that your knee has gotten a little worse since the last time you took a hike together, so long walks on cobblestone streets may be out. And your child may need to let you know that for an hour or so each day she’ll want to check email or return work calls.

Even just reviewing when you usually wake up and go to bed is important, says Pike. Full disclosure lets you both process each other’s needs and circumstances before embarking on the trip.

Give Each Other Some Space

Quality time is great until someone feels smothered. “It’s important to recognize you don’t need to spend every minute together,” says Pike. “We all need our own space.” That may mean booking two rooms, or just making sure you each get an hour at some point in the day to read, take a nap or go for a solo stroll.

Think about a resort, where you can pursue your own activities, from tennis to bridge. Or consider a river cruise: While your 20-year-old explores the ports, you can soak up the atmosphere from a riverfront cafe.

As we all know, travel is about compromise. Just make sure during this rare one-on-one time that you plan your activities around what will bring you together. If you know your daughter loves horseback riding in the great outdoors, but a saddle would be the worst thing for your hip, veto the riding — but come up with an alternative. Can you canoe? “It’s important to consider a place and activities that can cater to both of your desires and abilities,” says Pike. “The goal is for you to feel better than ever about yourselves and each other.”