What to Do When an Airline Loses Your Bag

Everything you need to know about damaged, delayed or lost luggage 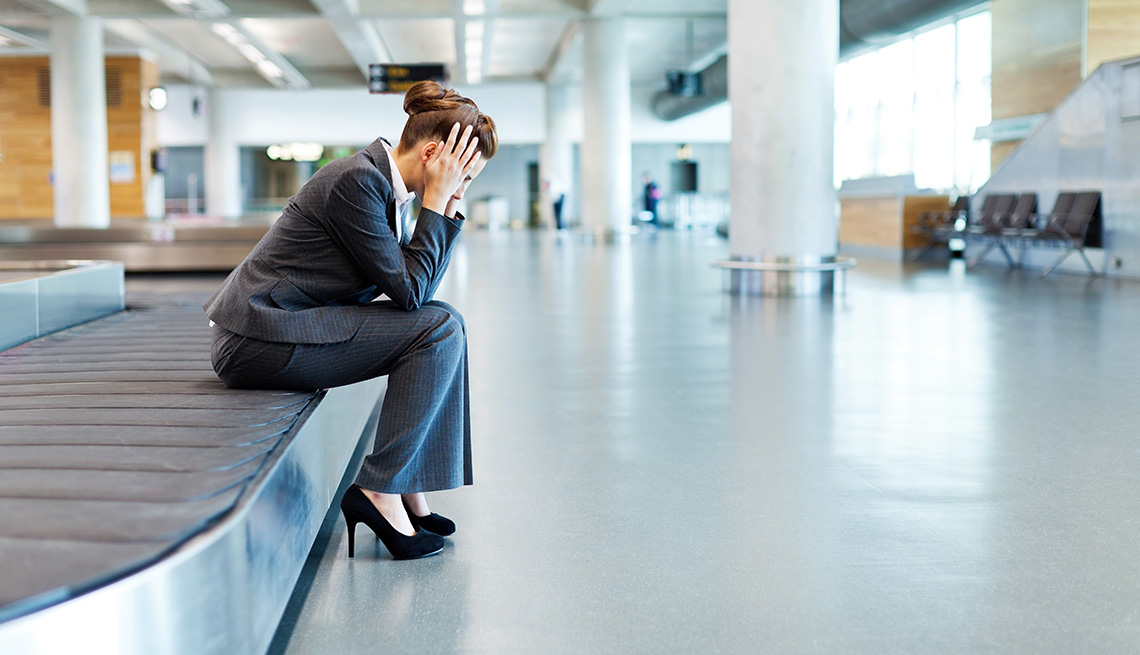 Thanks to new airline tracking technology and regulations, lost luggage is almost a thing of the past. Last year, there were just 2.4 mishandled bags for every 1,000 passengers in North America — a drop of almost 70 percent in 10 years, according to an industry report. Still, when it's your luggage that is damaged, delayed or lost, it's a hassle. Getting compensated for the loss, however, doesn’t have to be. Here’s what to know.

You arrive and your luggage is damaged

1. Report. Tell your airline’s baggage services agent before leaving the airport about the damage. According to the Department of Transportation, airlines must accept all reports of damage to wheels, straps, zippers, handles and other protruding parts of your luggage. (Normal wear and tear, such as scuffs and dents, don’t count.) The agent will assess the damage and guide you through the claims process.

International note: Regulations allow you to report damage within seven days of your flight. If possible, you should still make a report before leaving the airport, because baggage personnel will need to inspect the luggage in order to provide compensation.

2. Repair or reimbursement. If your bag is eligible for repair, the airline may send it to a preapproved vendor to be fixed. Some may allow you to use a repair service of your choosing and reimburse you later. When making your report, be sure to ask the agent how the airline’s repair or reimbursement process works. For instance, if you use an outside repair service, you will need to provide receipts in order to be compensated. In other cases, the airline may offer you a lump sum instead of providing or paying for repair services. If so, you’ll be compensated for the bag’s “depreciated value,” meaning its value in today’s dollars.

Aviation journalist Benét Wilson says she returned from a convention in New Orleans last summer “and the handle on my checked rolling suitcase was broken clean off." She went to the Southwest Airlines desk and was given a flight voucher and $60 to go toward a new suitcase. Wilson adds that there are a few ways you minimize your chances of damaged luggage: Don’t overstuff, make sure that hard handles are retracted and use TSA-approved locks.

3. Damage caused by TSA inspections. Airlines are responsible for transporting luggage to and from the aircraft, but the Transportation Security Administration (TSA) may inspect luggage before it reaches the plane. If your luggage was damaged as part of a TSA inspection, the agency gives you up to two years to file a claim, which can take up to six months to process. How can you tell if the TSA is at fault? According to Wilson, telling the difference between airline and TSA damage can be tricky. First, she says, take a look to see if a TSA notice was placed inside your bag — that’s a sign it was inspected. Still not sure? Consider filing claims with both the TSA and your airline. The TSA requires that your claim includes evidence of agency negligence, but, according to the Department of Transportation, airlines are required to accept all reports of damage, even if they feel they are not liable.

You arrive but your luggage doesn’t

Don’t panic. According to the Department of Transportation, the vast majority of bags are reunited with their owners within hours. If your luggage isn’t on the carousel when you arrive, take these steps.

1. Report. Before you leave the airport, report your missing luggage to your airline’s baggage services personnel. If you took a connecting flight with multiple carriers, file a report with the airline that brought you to your final destination, regardless of when you think your bag was lost. According to the Department of Transportation, you should insist on creating a report no matter what, even if the airline says your bag will be on the next flight. Before you leave the airport, ask for a copy of the report (which should include a file reference number) and a follow-up phone number. Don’t forget to ask about delivery options: Airlines should offer to deliver a delayed bag to your hotel or other accommodations.

2. Reimbursement for necessities. Some carriers allow their employees to give you a cash advance at the airport for purchasing necessities, such as toiletries and a change of clothes. Others will reimburse you for these purchases later. When you report your lost luggage at the airport, ask the agent how your airline handles reimbursement for necessities. You are entitled to this compensation even if your bags are later returned.

International note: For bags that don’t show up after international flights, make a report with your airline as described above. After you receive a delayed bag, international regulations give you 21 days in which to submit a claim for reimbursement for necessities purchased in the interim.

3. Tracing begins. After you’ve made a report, the airline will start tracing your bag. Most airlines will be able to deliver your bag within a day or two. If you receive no notice within a reasonable time after making your initial report at the airport, follow up with the airline by calling the phone number you received. Most carriers will also allow you to track the progress of your report online.

4. Claims for lost bags. At a certain point, if an airline can’t locate your bag, its status will change from delayed to lost. For domestic flights, the amount of time varies by airline, though it shouldn’t be more than a few weeks. For international flights, luggage must be declared missing if it doesn’t show up within 21 days.

Once the bag is officially declared lost, you may begin the claims process for a lost bag. (This is different than the initial report you made after noticing your bag was missing.) The exact claims process varies by airline, but regulations cap reimbursement at $3,500 per traveler for domestic flights and around $1,600 for most international flights.

As part of the claims process, you’ll fill out paperwork detailing the contents of the lost bags and their value. The airline will likely ask for sales receipts or other documentation to back up your estimates. The Department of Transportation cautions that if you don’t have these records, you can expect to negotiate with your airline.

5. Waiting for payment. Once your claim has been submitted, it can take an airline anywhere from four weeks to three months to reimburse you. Remember, reimbursement is capped at $3,500 per traveler for domestic flights and around $1,600 for most international flights. This amount is based on the depreciated value of your belongings, not their original cost. Fortunately, a truly lost bag is a rare occurrence. According to the leading air-transport informational technology firm SITA, of the small percentage bags that are damaged or delayed in the first place, only 5 percent are never recovered.

6. Other routes for reimbursement. Because airlines assess claims based on the depreciated value of your belongings, the payout from a claim may not fully make up for your loss. Luckily, you can look to recoup elsewhere. The Department of Transportation recommends checking your homeowner’s or renter’s insurance policy, which might cover losses away from home. Also, many credit cards offer reimbursement for lost or delayed luggage if you used that card to book your travel. 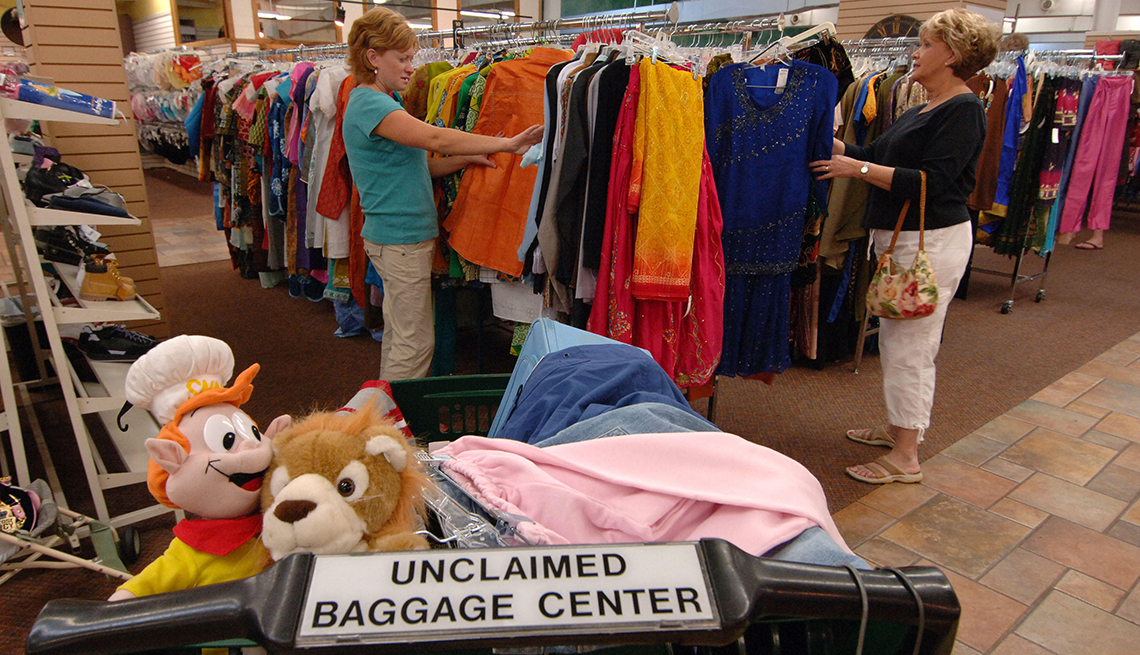 After 90 days, airlines can donate or sell lost bags and their contents. They often end up for sale at the Unclaimed Baggage Center in Scottsboro, Ala.
Zuma Press Inc./Alamy Stock Photo

Know before you go

1. If you're traveling with valuables. Declare them before you fly. There are caps on reimbursement, and travelers with high-value luggage may want to declare and purchase excess valuation when checking their bags. For an additional fee, you can increase the compensation maximum to which you’re entitled. Alaska Airlines, for example, allows travelers to purchase excess valuation for $1 per every $100 of excess value, up to a maximum of $5,000. Excess valuation can be especially helpful when traveling abroad, because compensation for most international flights is capped at around $1,600 — less than half of the $3,500 domestic travel maximum.

2. Where unclaimed luggage ends up. Airlines will work for 90 days to reunite owners with lost luggage. After that, bags and their contents are donated or sold. According to Wilson, most end up at the Unclaimed Baggage Center in Scottsboro, Ala. The 40,000-square-foot warehouse sells unclaimed suitcases — and everything in them — at bargain prices. According to the center’s site, visitors have found items ranging from the ritzy (a 40-carat emerald, couture clothing, a platinum Rolex) to the downright wacky (a suit of armor, ancient Egyptian relics, moose antlers and more). 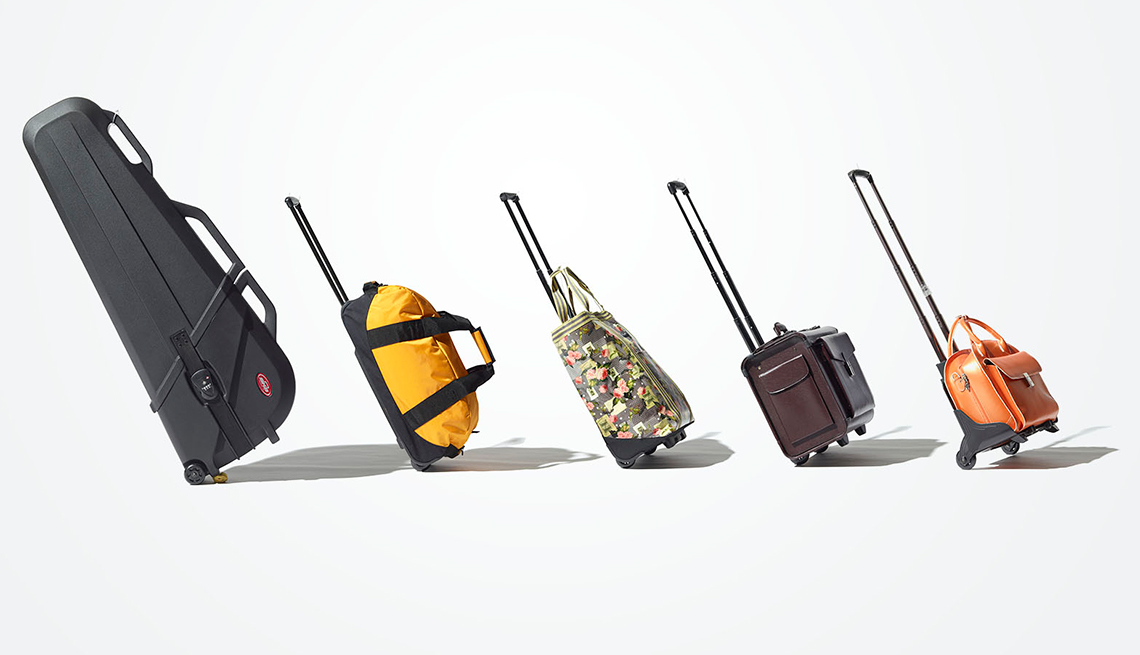 Life Made Easier: Bags on a Roll

Whether you're going to work, school, vacation or just out — there's now a roll bag for that 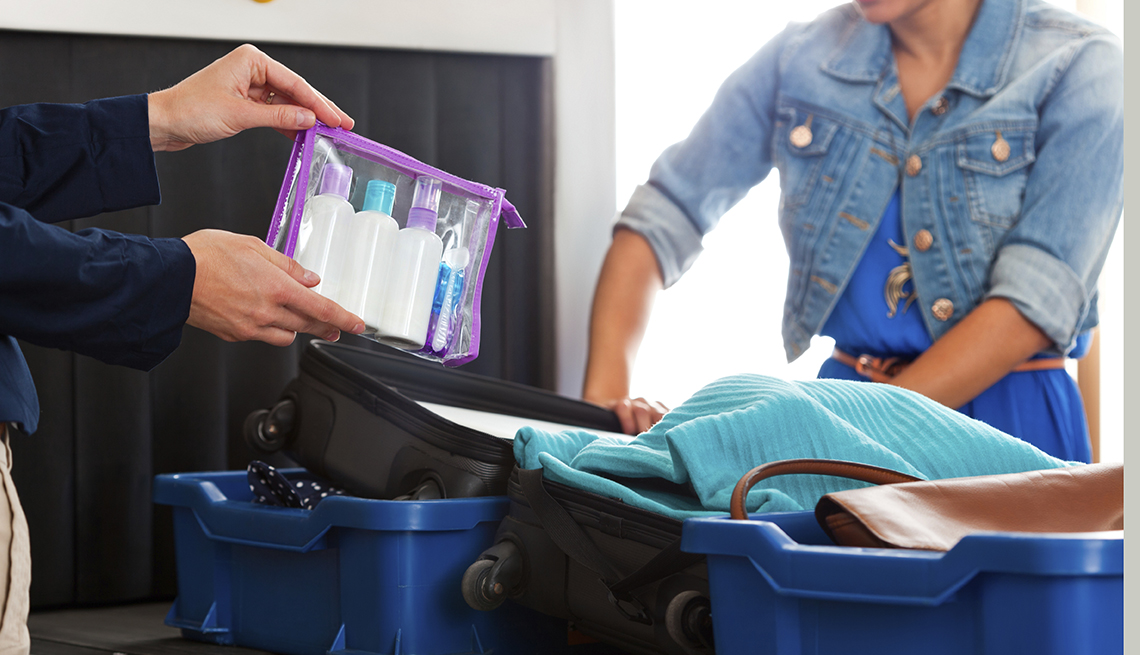 Tips for Navigating the Airport

Here are some tips for making that journey as quick and stress-free as possible. 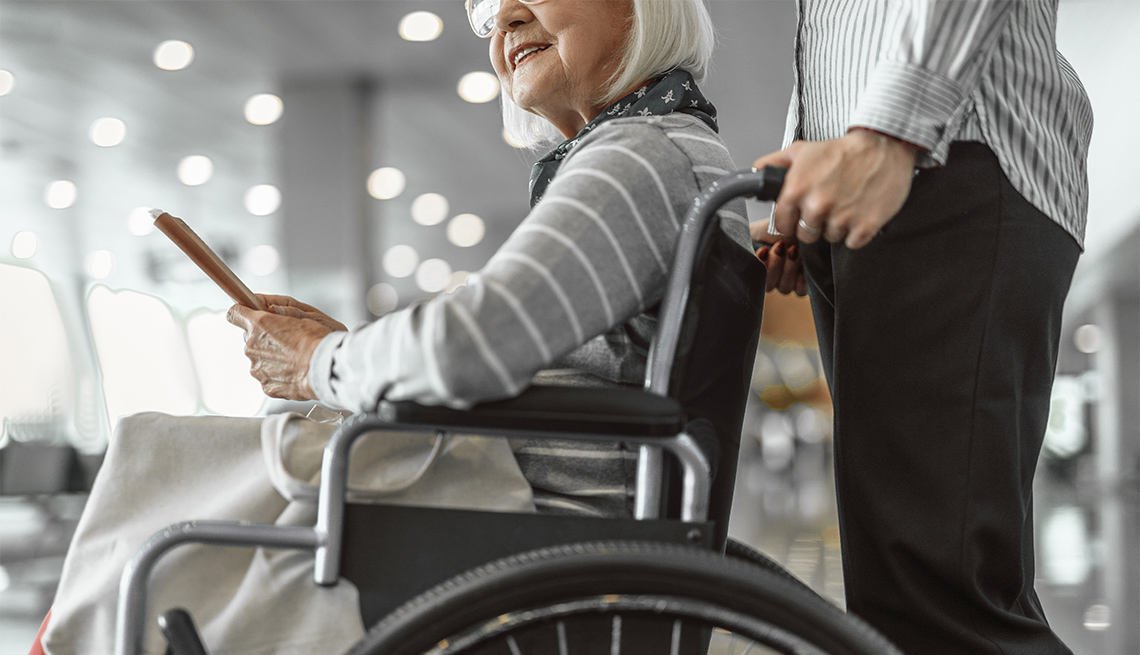 How to Navigate the Airport With a Disability