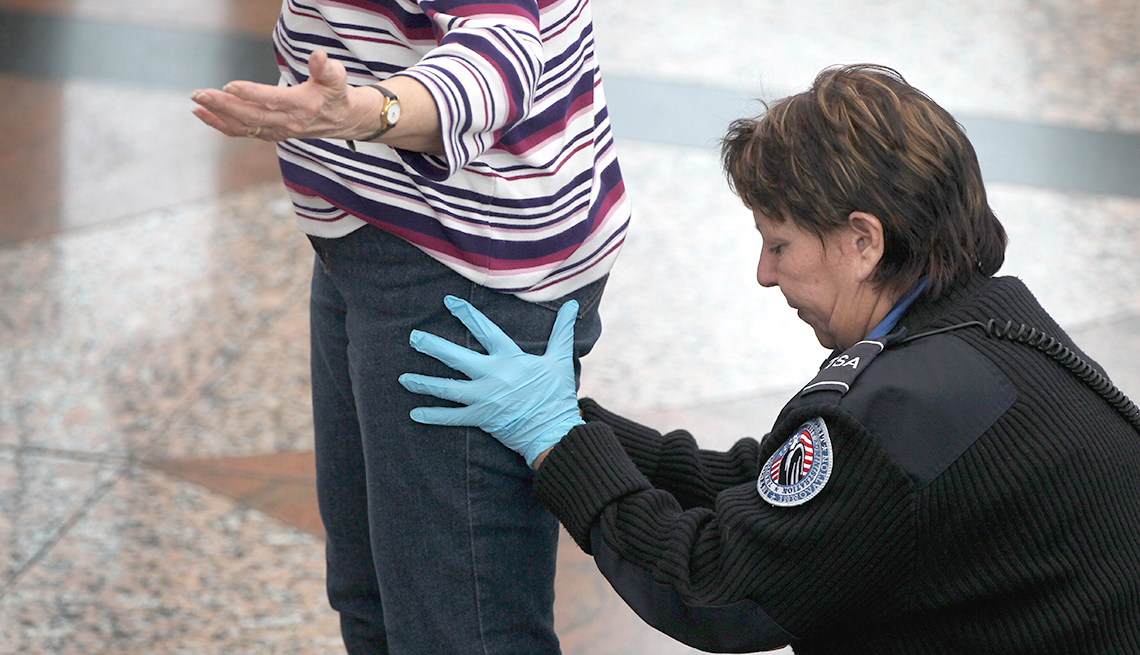 En español | A 65-year-old Maryland woman was outraged recently when Baltimore-Washington International Thurgood Marshall Airport security agents pulled her aside for a security pat-down that included groping her private parts — all because she was wearing a panty liner.

A Washington Post columnist writing about the incident called it “just one step removed from being a Pap smear.”

And Texas mom Jennifer Williamson went public last month with her outrage over her son’s extended — verging on creepy — pat-down, making the national news after she posted a video of the incident to Facebook, which has gone viral.

The 13-year-old, who in the video is barefoot and wearing shorts and a thin T-shirt, was given a slow-hand search for two minutes at Dallas-Fort Worth International Airport because agents found a laptop inside his book bag as it went through the scanner.

Incidents like these have increased since the Transportation Security Administration (TSA) announced in March that those selected for pat-downs would now be given a more “comprehensive” physical screening that “may involve an officer making more intimate contact than before,” according to Bloomberg News.

The tougher screening procedures follow a 2015 audit that found major airport security lapses, including not detecting handguns and other weapons.

In the case of Evelyn Harris, a retiree from Crofton, Md., the TSA investigator who called her after she complained, said the pat-down she received was legit, Harris told the Post.

The federal agency has been worried about people hiding things in their undergarments ever since a Nigerian man tried to detonate a bomb hidden in his underwear aboard a commercial flight on Christmas Day 2009. If airport scanners detect a little extra padding in your intimates, that’s reason enough for an agent’s hands to go rooting around in your nether parts.

Not that the investigator wasn’t sympathetic. He told Harris that “his own wife carried a panty liner with her and put it on after security,” the Post reported.

As for Williamson and her son, the TSA told NBC News that “proper screening procedures were followed,” but the agency did reach out to her “to learn more about her family’s screening experience” and to get her feedback on how to make regulations for childrenmore sensitive and clear.

For travelers with concerns about the screening process because of panty liners, adult diapers or other health-related matters, a TSA spokesman had these tips: