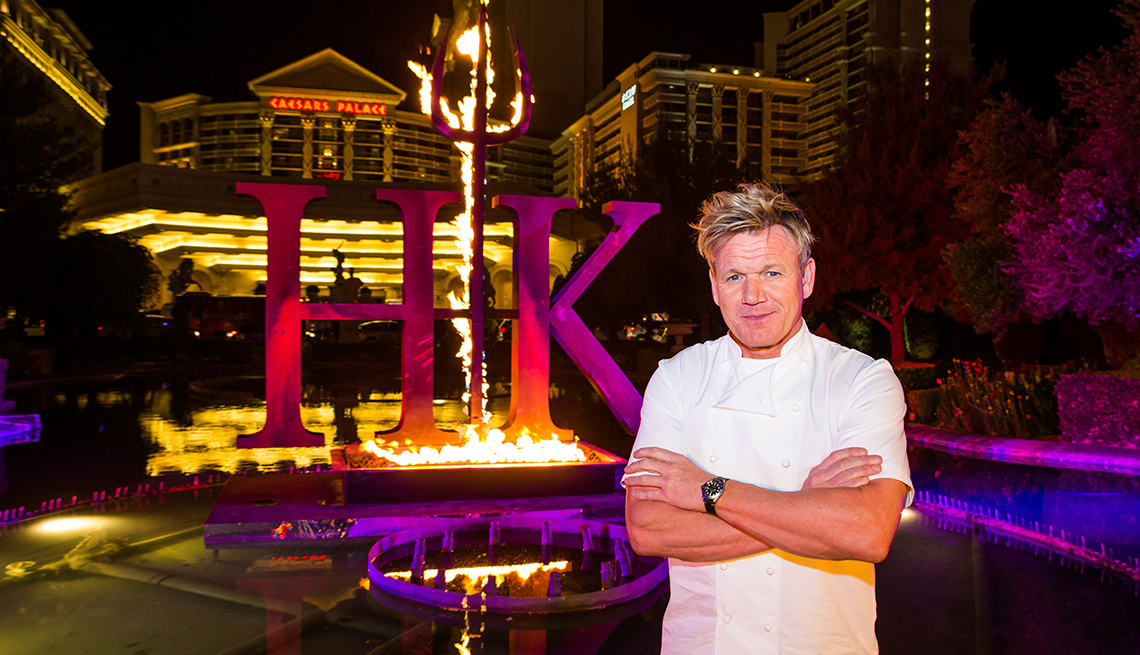 Once known for copious but unadventurous food that filled up gamers and got them back to the tables, Vegas has transformed into a world-class dining mecca. Marquee chefs the likes of Wolfgang Puck, Emeril Lagasse, Jean-Georges Vongerichten, Joël Robuchon and Michael Mina burnish their brands here. Big names continue to unpack their knives: Gordon Ramsay recently opened his fifth Vegas restaurant, Hell’s Kitchen, which resembles the set of his eponymous TV show. A meal out now can be the evening’s main event at $200-$300 a person. But frugal gourmets still find plenty to chew on.

Ways to save: Look for cheaper pretheater menus, and early- and late-night happy hours with discounted eats that can make a meal. Buffets have skyrocketed in price (expect $40-plus dinners at popular Strip properties), but they’re cheaper at lunch and on weekdays and a bargain off-Strip.

Players club cards include restaurant discounts. Those offered by big Vegas chains — MGM Resorts and Caesars Entertainment — are good at their eateries.

It’s a good bet you’ll have a memorable night at Julian Serrano’s serene Picasso, savoring tasting menus amid genuine Pablos and flashes from the Bellagio resort fountains. The best buttery mashed potatoes — a signature dish — beckon at Joël Robuchon in the MGM Grand resort. Emeril Lagasse’s Delmonico Steakhouse at the Venetian serves spectacular slabs of dry-aged beef as well as Creole-style seafood. Bobby Flay brings his bold Southwest flavors to Mesa Grill at Caesars Palace as a less-pricey option. And that famous $5,000 burger? It comes with truffles, foie gras and a bottle of rare Petrus Bordeaux at Fleur by Hubert Keller at Mandalay Bay.

Fans of belt-busting binges gobble up this Vegas staple. A good buffet showcases international cuisine, cocktail shrimp, a nice cut of roast beef, maybe king crab legs and dozens of I’ll-diet-tomorrow desserts. The Bellagio’s revamped spread offers all-you-can-eat caviar (it’s not the ritzy stuff, but still). Bacchanal Buffet at Caesars Palace is highly rated, as is local fave Studio B Buffet at the off-Strip M Resort, which includes wine and beer. Caesars Entertainment’s “Buffet of Buffets” all-day pass to spreads at a half-dozen resorts is $49.95 for loyalty club members, $59.99 for others.

Vegas isn’t all buffets and boldface names. It has its share of ethnic eateries, too. Head to Spring Mountain Road, where Strip chefs gather after work at Raku, a Japanese charcoal grill in a strip mall. Or go to Vegas’ Chinatown Plaza, also on Spring Mountain Road, for over a dozen Asian restaurants.

Every Las Vegas native worth his or her poker chip has plopped into a booth at the Peppermill Restaurant and Lounge or gotten buzzed at its bar on a retro cocktail with paper umbrella. At Hugo’s Cellar in the Four Queens downtown, step back in time with cherries jubilee flambéed table-side. Sit in the red-leather Sinatra banquette at Golden Steer Steakhouse, a former Rat Pack haunt that proudly claims the largest baked potatoes in Vegas alongside dry-aged beef.