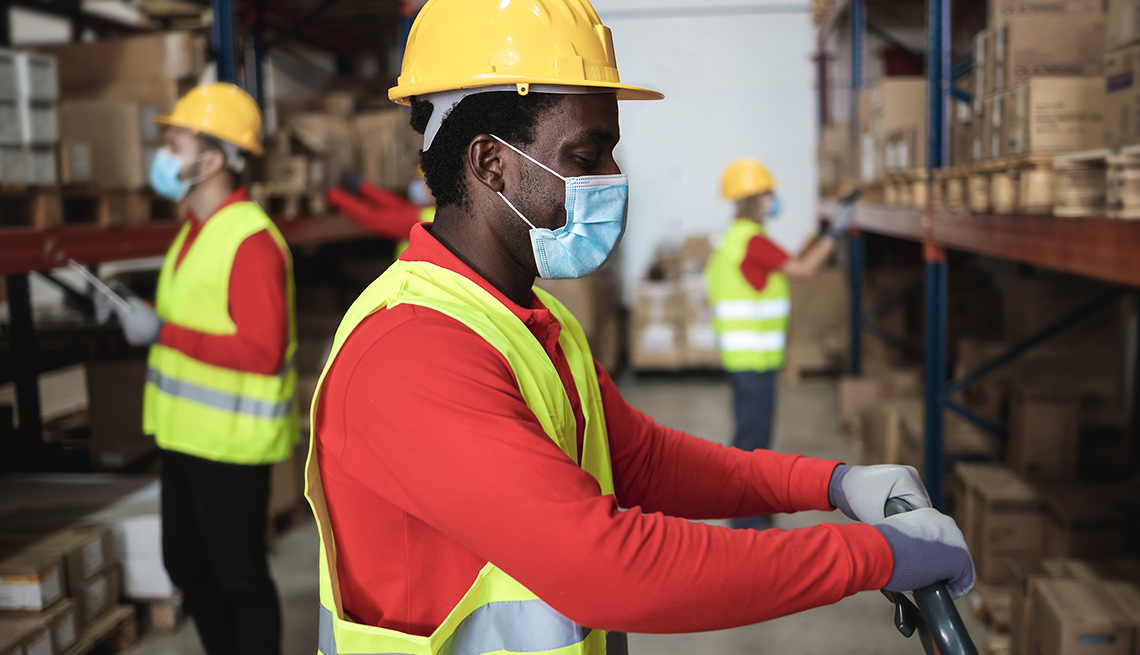 Nayely Limon Rivera thought about saving for retirement, but as she entered her 30s, she hadn’t done anything about it — largely because none of the places she worked offered retirement savings plans.

“I considered it but never really quite looked into that,” she says.

New research from AARP shows, in unprecedented detail, how common this is. Nearly half of private-sector employees ages 18 to 64 — 57 million Americans – don’t have the option to save for retirement at work. This is particularly true for women, Hispanic Americans, Black workers, low earners and people who didn’t go to college. Those who work for small companies, or who change jobs often, are also much less likely to have retirement savings plans.

“There’s a big disparity between different classes and races, and I happen to be from one of those, unfortunately,” says Hispanic worker Rivera, who handles payroll for a trucking company in Bakersfield, California.

“While Social Security is essential to retirement security, the average benefit is only about $1,600 a month,” said Debra Whitman, AARP’s executive vice president and chief public policy officer. “Providing workers with a convenient way to save for retirement helps ensure they will have additional resources beyond the foundation provided by Social Security.”

Small firms are much less likely to have employee retirement plans, according to AARP research released July 13. About 78 percent of those who work at firms with fewer than 10 employees and about 65 percent who work at companies with 10 to 24 employees lack a plan, according to the research.

Education is a factor too. More than three out of four workers (76 percent) who have less than a high school diploma do not have a workplace retirement plan, compared to 32 percent of those who finished college. And 46 million workers with annual earnings of $50,000 or less — 81 percent of the 57 million — do not have access to an employer-provided retirement plan.

These divisions echo other kinds of economic inequality. White families, for instance, have an average of eight times the wealth of Black families and five times the assets of Hispanic families, according to the Federal Reserve. Three-quarters of white Americans own homes, compared to just under half of their Hispanic and 45 percent of their Black fellow citizens, the Census Bureau reports.

Lack of access to employer-provided retirement plans is just another example of this, says John Sabelhaus, a nonresident senior fellow at the Brookings Institution. “The fundamental problem is earnings inequality.”

“Covid really highlighted that retirement savings are often people’s only savings, and that they turn to retirement savings to help them weather economic storms,” says Angela Antonelli, executive director of the Georgetown University Center for Retirement Initiatives.

To compete for workers in a tight labor market, even smaller companies are realizing that they have to offer benefits such as retirement savings plans. “The need for these programs has become even clearer to employers,” Antonelli says.

To meet this need, several states are requiring small employers to offer retirement savings programs, a trend that’s widening access to this kind of financial security and which AARP has long supported.

Thirteen states and several cities have developed programs that make it simple for companies to provide retirement savings programs, and at least 17 others are considering it, according to ADP, which provides such plans. Most of those states require businesses above a certain size to offer a retirement program. In those states, employers can either sponsor their own programs or enroll their workers in state-sponsored ones, which are essentially Roth individual retirement accounts.

Rivera, who is 33, enrolled in CalSavers, which was launched in 2019 and made available through her employer, Triple E Trucking. CalSavers is sponsored by the state of California and uses private providers to keep records and manage investments.

There is some good news. The National Retirement Risk Index, calculated by the Center for Retirement Research at Boston College — which measures the share of American households at risk of seeing their standard of living decline when they retire — fell slightly between 2016 and 2019, from 50 percent to 49 percent.

But that was largely because of stock market gains and rising home prices, only widening the gap between wealthy and lower-income people. And the risk index rose again last year, to 51 percent.

“As I started getting older, it was important to save for my future,” Rivera says. “I do want to be able to have a cushion if anything were to happen, to have something to rely on rather than constantly working.”

Having access to retirement savings “got me thinking of something I would have probably never even considered,” she says. “I only wish I would have started sooner.”

People who have automatic payroll deduction at work are 15 times more likely to save for retirement than if they don’t, says Katie Selenski, executive director of CalSavers. “It’s just human behavior.” She says 68 percent of eligible employees have signed up for the California program. Nearly half are Hispanic and two-thirds are people of color.

Independent research suggests high levels of satisfaction with such solutions among employees and employers alike. Ninety-six percent of workers enrolled in the Illinois program, Secure Choice, said they were satisfied or neutral about it, a Pew Charitable Trusts survey found. In a separate Pew survey, 73 percent of participating businesses in Oregon were satisfied or neutral about the OregonSaves plan.

“Contrary to what people might have thought before — that small employers and/or their workers weren’t interested or didn’t have the ability to save — in fact we see through these state programs that there’s tremendous demand,” says Antonelli. Businesses “really do want to offer their employees the opportunity to save, which makes them more competitive in the labor market.”

But solutions like these require understanding where the problem is, which is why the new information from AARP about who does and does not have the benefit of an employer-provided retirement program is important, Selenski says.

“If we care about how to level the playing field and ensure that certain groups aren’t disproportionately affected,” she says, “we have to get to the bottom of seeing who is left behind and who isn’t.”

A Recession Survival Guide for Retirees

How to protect your nest egg in an economic downturn

Bad money choices can haunt you for a long time