Which city is best? It all depends on what you’re looking for 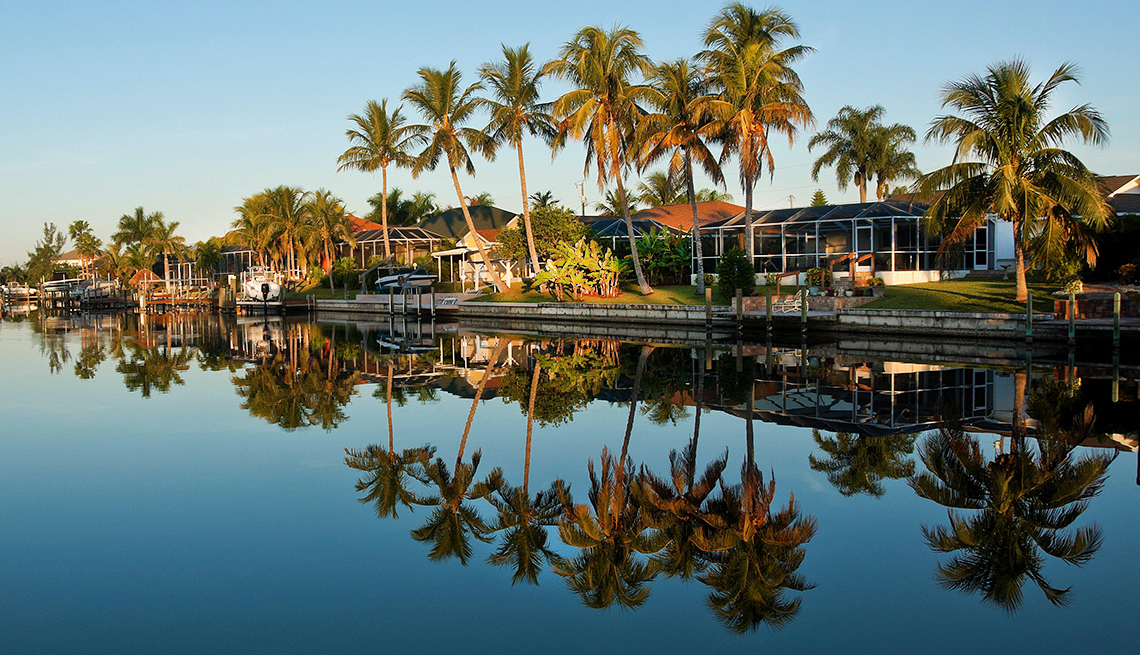 When it comes to picking the best cities for retirement, different surveys come up with very different choices.
Alamy
By
Garrett Schaffel
AARP
November 30, 2017

If you’re thinking of moving to a different city for retirement but can’t decide on a location, fear not: Cape Coral, Fla., has been named the No. 1 retirement destination. So has Sarasota, Fla. Also, Orlando and Provo, Utah, and Walnut Creek, Calif. Oh, and Pittsburgh.

How can all these cities be considered the No. 1 best place in the country to retire? It’s all about the methodology of the rankings. Many different outlets produced lists of best cities lists this year, but each gave separate weight to a variety of categories — such as health care costs, weather and cost of living — as they compiled their surveys. It can be pretty overwhelming. So below, we’ve deciphered the reasoning.

If you want a popular retirement spot:

Think about Cape Coral, Fla. The website Niche’s ranking has the city at the top of its list and five more Florida cities in its top 10. With year-round temperate weather, the Sunshine State has long been one of the most popular retirement locations. Niche weighted age demographics particularly highly in its ranking — looking at the percentage of residents 65 and over, as well as the percentage of residents 65 and over who moved into the area within the last year.  If that’s your demographic, you will have company in the Waterfront Wonderland.

If Florida’s mugginess is unappealing, how about Walnut Creek, Calif.? The Bay Area suburb was ranked No. 1 by the website Livability, which cites its status as a “desired destination for affluent retirees” as a reason for giving the city the top spot. It’s not a cheap location — the median home price is $700,000 — but a quarter of its residents are 65 or older, and the population of 70,000 is spread over almost 20 square miles, which Livability notes is a rarity in the heavily populated East Bay.

If you want to be happy:

“Happiness” is a tricky metric to analyze, because everybody has different priorities, especially after retirement. But we can analyze cities that seem to have a high percentage of happy residents. That’s what U.S. News & World Report did for its rankings, weighting the “happiness” index heaviest, at 23.8 percent. No. 1 on its list? Sarasota, Fla., a city that “has elements of what many consider paradise,” such as “warm temperatures year-round, award-winning beaches and a thriving arts and cultural scene.”

If you want a place with a low cost of living and inexpensive, quality health care:

It’s bitterly cold in the winter and it averages only about 160 sunny days a year, but according to Bankrate’s rankings, that’s no matter: Pittsburgh is the No. 1 city to retire among the nation’s top 50 metro areas, given its high marks on cost of living and access to quality health care. According to Bankrate.com analyst Taylor Tepper, these metrics were found to be major priorities for people nearing retirement. The city is one of the cheapest and safest major metropolitan areas, and is home to the University of Pittsburgh Medical Center, one of the top-ranked health care systems in the country.

If you want a nontraditional retirement:

When compiling its rankings, the Milken Institute Center for the Future of Aging went out of the box, looking for cities with high marks in “livability, employment opportunities, education, community engagement and wellness” for its list of Best Cities for Successful Aging. Unsurprisingly, the top-ranked cities are college towns with young populations: Provo, Utah (home to Brigham Young University) is No. 1 for large metropolitan areas, and Iowa City (home to the University of Iowa) is first for small metros. Neither are places you’ll see near the top of most retirement lists, but the Milken Institute’s chairman, Paul Irving, told CNBC he wanted to steer clear  of promoting retirement destinations in a sunny, gated community in Florida, calling the concept “a relic.”

If you want a well-rounded retirement:

Maybe one category isn’t more important than another when it comes to your retirement. You want a high quality of life, but also want an affordable city, with access to recreation, good health care, and a community of those 65 and older as well as a younger population. Of course, no city is perfect, but the website WalletHub’s rankings — 150 metropolitan areas, from best to worst — are equally weighted among affordability, access to activities, quality of life and quality of health care. Orlando is No. 1 on its list, despite the city’s low rank (112) in quality of life, because it ranked highly in each of the three other categories.