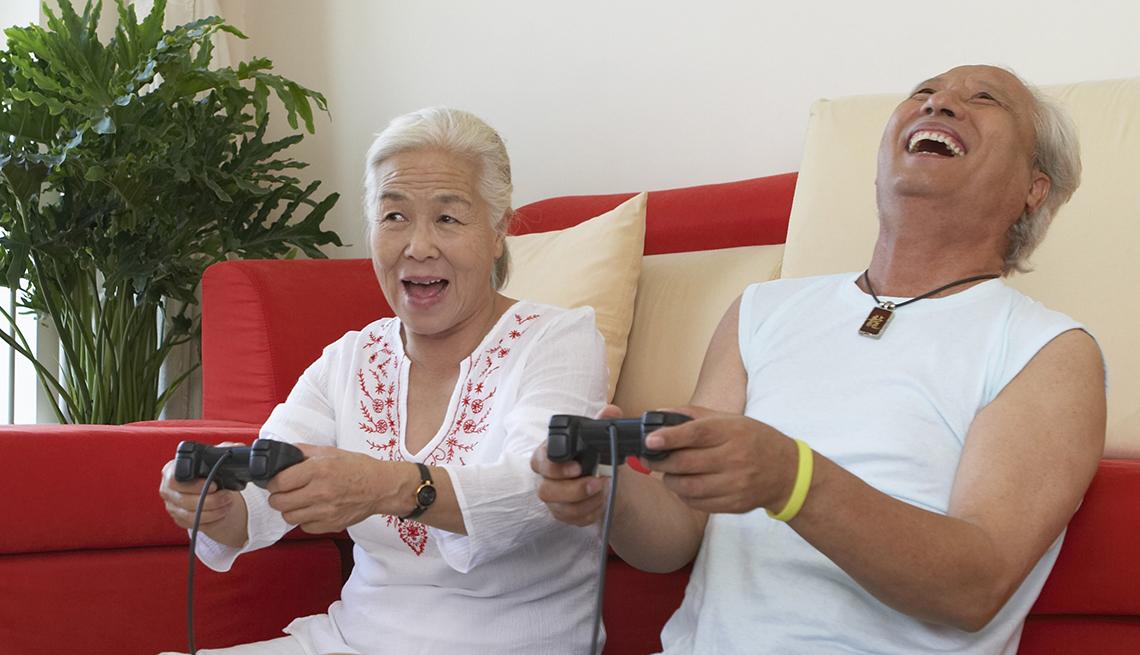 The video game industry is one of the fastest growing industries in the U.S. economy with more than $23 billion in sales last year. Innovation present in this industry affects not only entertainment but also business, engineering, health, and education. AARP and the Entertainment Software Association (ESA) have a shared interest in determining how video games can positively impact people age 50-plus. To find out more, AARP and ESA recently commissioned a survey on Americans age 50-plus to uncover their gaming habits and answer questions around where they play video games, the types of games they play, their reasons for playing and with whom. In this survey, gamers were defined based on questions related to ownership of various systems/devices, and whether respondents had personally used any of those devices for playing video games at least once per month.

This online survey was conducted for AARP and ESA by GfK using the GfK Knowledge Panel. The survey was fielded from March 9 through March 17, 2016 among a nationally representative sample of 2,964 adults ages 50-plus (gamers, n=1510; non-gamers, n=1454). The data are weighted at two levels, first to demographics among total respondents and second to demographics within the gamer/non-gamer groups of qualified respondents.  For additional information about this report, contact G. Oscar Anderson of AARP Research at GAnderson@aarp.org.  Media inquiries should be directed to AARP’s Media Relations Office at media@aarp.org.