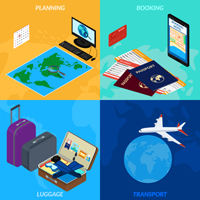 Top 2017 Boomer travel trends show that almost all will travel for leisure with about half traveling internationally.

A 15-minute online survey was conducted among males and females age 18-plus who have taken at least one leisure trip in the past two years.  The survey was fielded in September 2016.  Final data have been weighted to the U.S. Census for analysis.  For more information contact Vicki Gelfeld at VGelfeld@aarp.org.