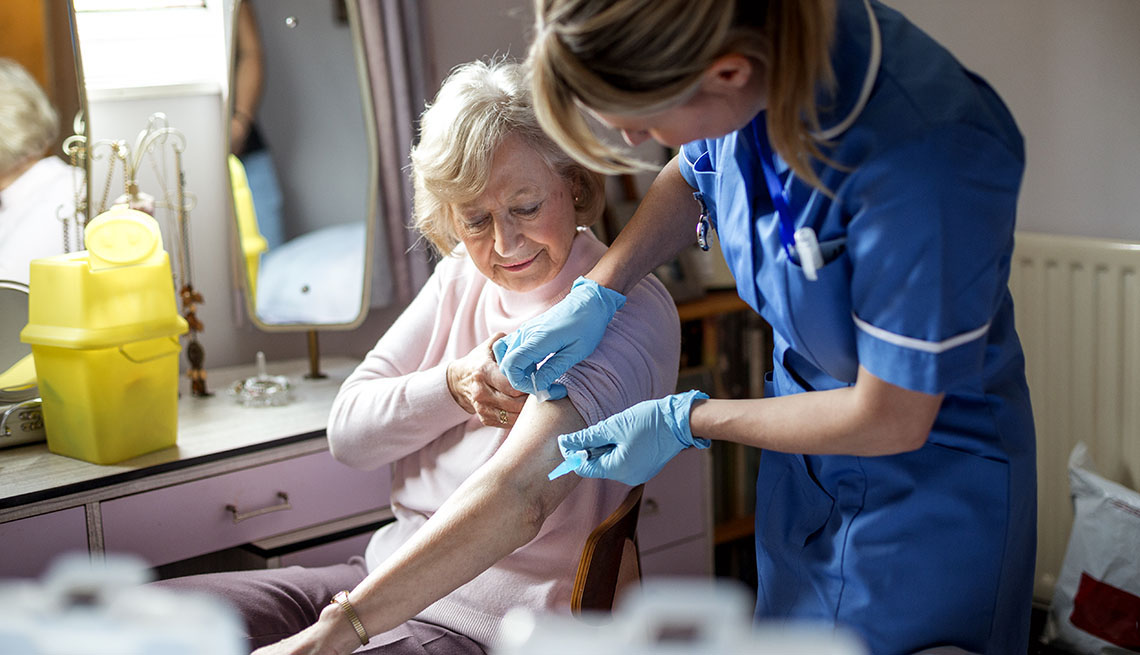 Despite years of doctors enthusiastically endorsing adult vaccines such as for flu and pneumonia, adults are adopting recommended practices at varying rates and continue to show gaps in understanding in certain areas, according to a recent AARP survey of adults 45 and older.

Significant portions of the adult population remain unprotected against the dangers of the flu, shingles, pneumonia, and whooping cough. Often adults remain unvaccinated by choice, but in some instances they lack of awareness about the guidelines surrounding a particular shot.

Seemingly at odds with the vaccination rates is the confidence midlife and older adults have in their physicians. The vast majority (70%) of respondents said their doctor was their most trusted source of information about immunizations.

The majority (58%) of adults 45 and older had received a flu shot at the time of the survey, and 9% said they still planned to get it, leaving a significant portion of the population (32%) consciously deciding not to get protection.

Compliance rates for Tdap, which protects against tetanus, diphtheria, and pertussis (also known as whooping cough), were similar to that for the flu shot, with 55% getting it and 21% opting out.

By far the least popular vaccine was for shingles—just 27% reported getting it.

Fear and Lack of Knowledge

Misinformation about each vaccine was apparent among respondents. Unfounded fears contributed to the rejection of the flu shot, with 38% of those not getting it citing as the reason negative side effects or the safety of the vaccine. Questions about the pneumococcal vaccine, meanwhile, revealed an unexplained, inaccurate perception that the shot, which is recommended for all adults 65 and older, is only for women.

Women were far more likely than men to report they had received a pneumonia shot or planned to get one, and men were more likely to report having no plans to get a shot. Furthermore, many reported not knowing how frequently the shot should be given or at what age.

And while a quarter of respondents said they planned to get the shingles vaccine, few knew at what age it is recommended. (It’s 60.)

Some efforts to encourage healthful practices have worked. Flu disproportionately kills adults 65 and older, and the survey found that as people age they are more likely to get the vaccine. A striking 83% of adults 70 and older said they had received the shot, compared to just 54% of those 45 to 49.

Similarly efforts to promote the importance of hand washing and staying hydrated resonate, with midlife and older adults citing both as means used to stave off and prevent the spread of germs.

The four-minute online survey was conducted among 1,836 adults 45 years-old and older between December 11 and 21, 2018. For more information, please contact Teresa A. Keenan at tkeenan@aarp.org. For media inquiries, please contact media@aarp.org.