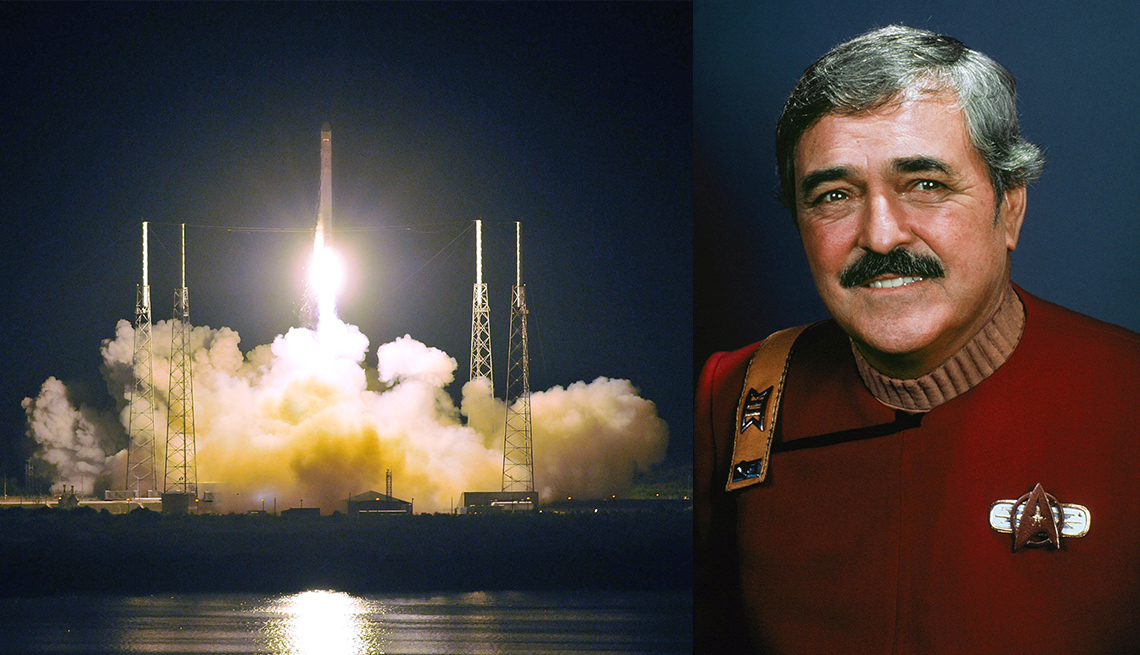 After a failed attempt in 2008, the ashes of James Doohan — who played Scotty in “Star Trek” — were launched into orbit on SpaceX's Falcon 9 rocket in 2012.

Not everyone can go gonzo like journalist Hunter S. Thompson and have their remains shot out of a cannon to the tune of “Mr. Tambourine Man.” But you can follow in Star Trek James “Scotty” Doohan’s contrail and blast your ashes into space.

Cookie-cutter funerals are out. These days, a more personalized exit is the likely scenario. “Boomers want to do things different. It’s all about making funeral arrangements a part of our lives,” said Michelle Cromer, author of Exit Strategy, which explores more than a dozen unique farewells.

For instance, Eternal Reefs mixes ashes into an environmentally-safe, ball-shaped concrete “memorial reef” placed in the ocean to create a new marine habitat. Two years before her death, Cécile Lane told her husband, Edgar, and their six children that she wanted her ashes placed into one of the reef balls. During the casting, daughter Vivian Sarna and her father decorated Cécile’s memorial with shells and Lane inscribed his name.

“She loved the ocean and wanted to look at the fishes for eternity,” Sarna recalled. “Of course, Mom also joked that when Dad died he could be submerged nearby but not next to a cute blonde reef ball.”

Prefer stargazing to H2O? Space Services Inc. can launch cremated remains into a suborbital flight, an earth orbit, or, as in the case of astronomer Eugene Shoemaker, arrange for a lunar burial. Angels Flight Inc. packs ashes into fireworks for a bang-up service on land or at sea.

No less colorful a send-off is possible through the Eternal Ascent Society. Owner Joanie West has an order from a 78-year-old who is passionate about skeet shooting. His wish is to have Eternal Ascent release a five-foot, biodegradable helium balloon containing his ashes on one of the hills surrounding his ranch, then have all his buddies shoot at the balloon until it bursts and scatters his ashes. 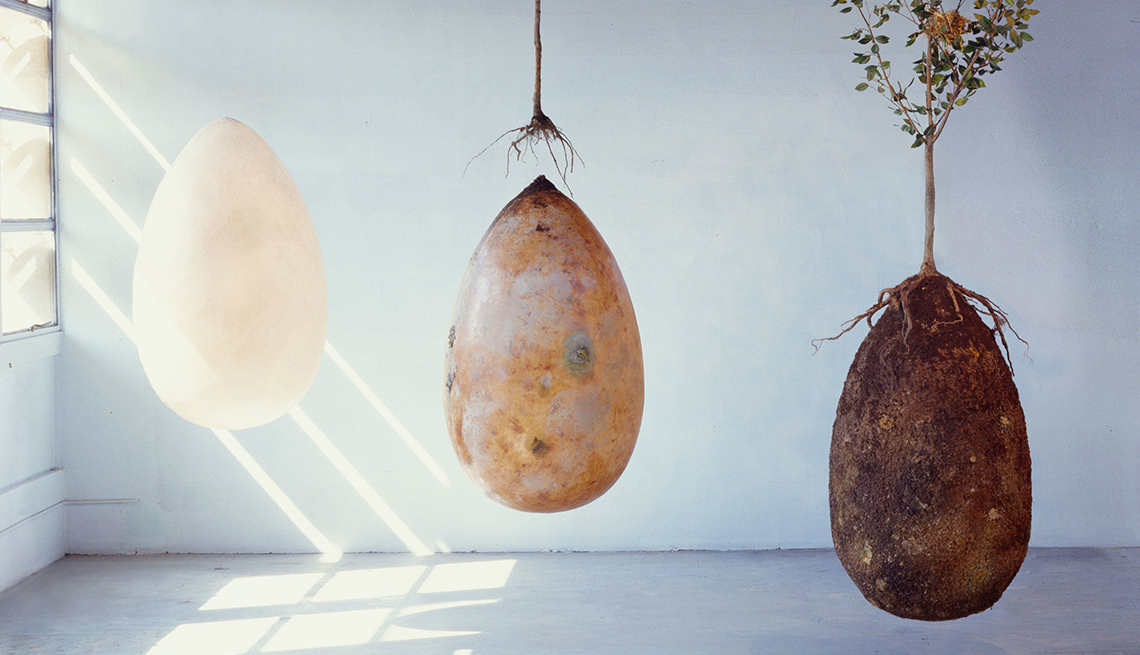 Another rare way to be entombed is in an organic, egg-shaped pod created by Capsula Mundi. Designed in 2003 by Italian designers Raoul Bretzel and Anna Citelli, the pods hold a person’s ashes, and are then buried below sapling trees. The biodegradable plastic caskets break down, providing nutrients to the saplings.  The ultimate goal is to replace tombstones with trees to create new life out of death.

Offbeat requests are changing the basic nature of the funeral business. Wade Funeral Home in St. Louis has a cookie-scented viewing room affectionately known as “Big Mamma’s Kitchen,” with a stove, refrigerator, dishes, a can of Crisco, and even faux food. Another space resembles a den with a recliner, television, and remote control.

“Clients want more control. They want a service to reflect their lives,” said Debora M. Kellom, a spokesperson for the National Funeral Directors Association. Kellom pointed to a particularly memorable 84-year-old, no-pun-intended “die-hard” Rams fan who asked for a streamer-laden, Super Bowl-style service. Artificial turf marked with yard lines was laid over the carpet. Attendees entered on the 50-yard line with the casket set in the end zone.

Another of Kellom’s clients wanted a barbecue theme complete with cooler, picnic table, lawn chairs, and a grill rigged with dry ice so that “smoke” would pour out. In East Pittsburgh, Penn., funeral director Patrick Lanigan recalls a procession for a cancer-stricken volunteer fireman. “His casket was placed on a fire truck, and with sirens blaring, was driven to the crematory.”

A memorable good-bye can be as simple as using the U.S. Postal Service. Over the recent Christmas holidays, media outlets reported the tale of the deceased, 88-year-old prankster Chet Finch of Oregon, who (with a little help from his barber) “mailed” 34 handwritten cards to friends two months after his death with heaven as the return address.

End-of-life celebrations should reflect who you are, Lanigan said. “A personal stamp creates a memory. And memories are what we have after someone dies.” It’s actually comforting to the people left behind knowing you had a say. “The important thing is, we’re doing what my wife wanted,” said Lane, who in February, on what would have been Cécile’s 76th birthday, watched as her memorial reef was submerged off Fort Lauderdale, Fla.

No matter what your vision of an ideal farewell might be, don’t be afraid to ask. Who knows, someone else may have already done it. Want your casket pulled to the cemetery by a Harley motorcycle hearse? Easy. Ditch somber hymns for a so-hot-its-cool jazz band? Done. Think your loved ones should keep you close at hand? LifeGem compresses cremated remains, converting the carbon into actual diamonds for setting into a ring, necklace, or earrings. “As long as it’s legal, we’ll try to do it,” Lanigan said.

After all, it is your funeral.

Laura Daily is a freelance writer based in Denver. Contact her at lfdaily@gmail.com.