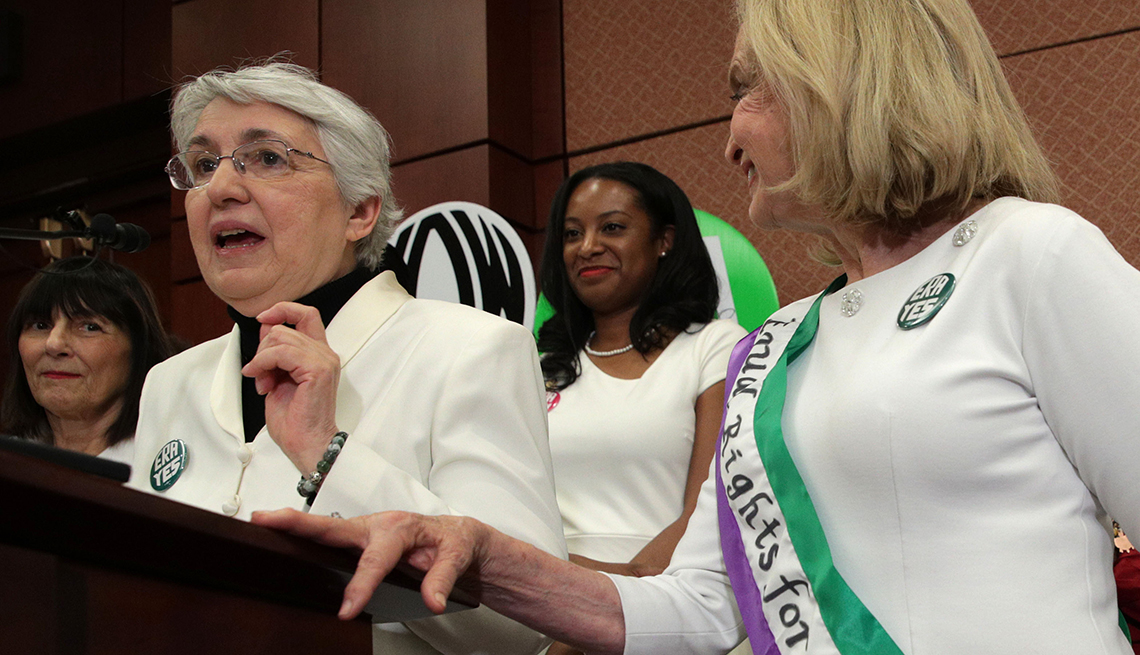 Eleanor Smeal speaks during a news conference to call for the ratification of the Equal Rights Amendment.

En español | Like relay runners who guard the Olympic torch from its ancient Greek origins to its modern host city, over nearly a century, a succession of committed women has kept a fire in their hearts blazing, determined to pass the Equal Rights Amendment.

Mere months after winning the right to vote in August 1920, feminist leaders shifted their focus to achieving absolute equality.

Here are some of the women who, over time, have been the keepers of the flame and key dates in their struggle: