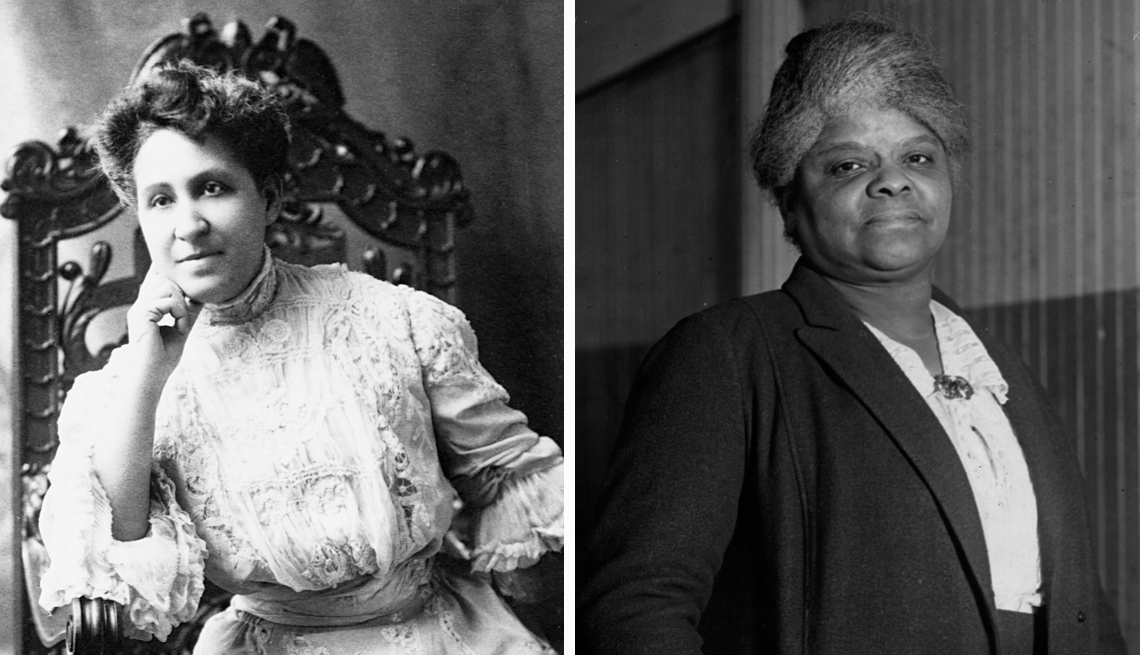 En español | On a November afternoon last year in Baltimore, the otherwise ordinary-looking homes at 1532 and 1534 Druid Hill Ave. secured their place in suffrage history.

That day, a commemorative highway marker was unveiled to honor Augusta T. Chissell and Margaret Gregory Hawkins, next-door neighbors who hosted suffrage club meetings in their living rooms in 1915 and 1916 at a time when the national fight for women's suffrage was well underway.

"What we're trying to share with people of all ages, young and old, is that we're still standing on these shoulders,” says Executive Director Diana M. Bailey of the Maryland Women's Heritage Center, which sponsored the tribute — the latest in a series of markers honoring the state's suffrage history. 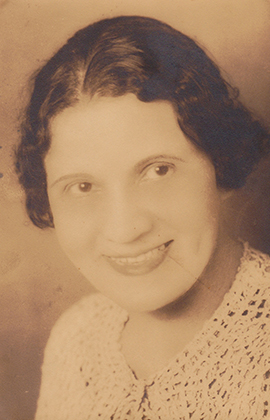 As the 100th anniversary of the ratification of the 19th Amendment nears, scholars and historians say recognizing the contributions of black suffragists like Chissell and Hawkins remains more important than ever.

'Tenacious is not a strong enough word'

Honoring black suffragists means first acknowledging how they were sidelined from the mainstream suffrage movement, whose leaders feared alienating white women and losing support in the South, says Ida Jones, a university archivist at Morgan State University in Baltimore.

Sometimes, the discrimination was overt, as when organizers of the 1913 women's suffrage parade in Washington, D.C., ordered black participants to march at the end. At other times, it was more subtle: The National American Woman Suffrage Association, formed in 1890, declined to include black women or suffrage groups in its ranks.

That exclusion spurred the formation of separate organizations such as the National Association of Colored Women, founded in 1896 in the nation's capital. Prominent black suffragists such as Mary Church Terrell, who was born to former slaves in 1864, led the group and also went on to help found the National Association for the Advancement of Colored People in 1909 in New York City.

Leaders like Terrell “didn't ask for a place in the suffrage movement. They took their place in the movement in a variety of ways,” says Jinx Broussard, a professor at Louisiana State University in Baton Rouge and author of Giving a Voice to the Voiceless: Four Pioneering Black Women Journalists. “Tenacious is not a strong enough word for them.”

Facing what Broussard calls the “double bind of racism and sexism,” black suffragists participated in the movement through whatever means were available to them, particularly journalism and the black press. 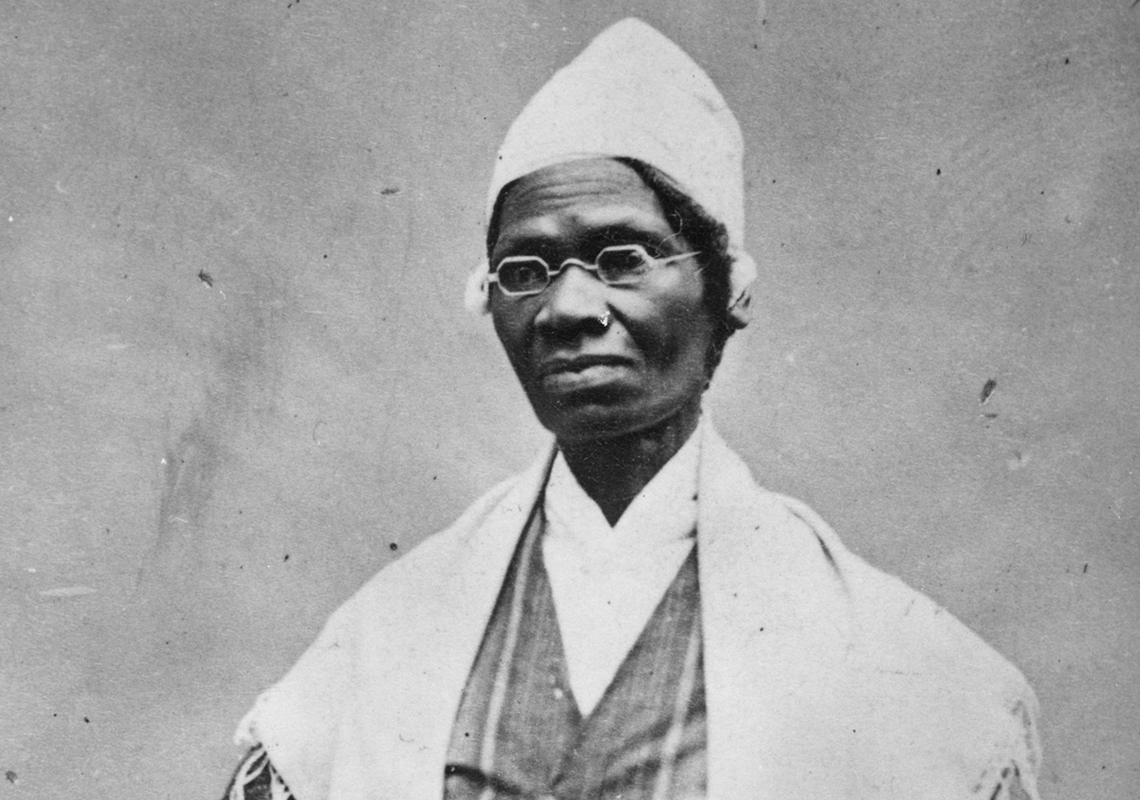 * May 29, 1851: Abolitionist and former slave Sojourner Truth speaks to a Women's Rights Convention in Akron, Ohio, giving a speech later known as “Ain't I a Woman."

* May 1866: The American Equal Rights Association is formed when the National Women's Rights Convention and American Anti-Slavery Society merge. The group dissolves about four years later amid continuing disagreements about prioritizing race or gender in the fight for voting rights.

* Aug. 18, 1920: Tennessee becomes the 36th state to ratify the Constitution's 19th Amendment, which guarantees a woman's right to vote.

* Aug. 6, 1965: President Lyndon Johnson signs the Voting Rights Act, which outlawed the discriminatory voting practices that many Southern states adopted after the Civil War to restrict black men and women from voting.

"They used poetry,” Broussard says. “They used speeches, events, lectures — every avenue that was available to place themselves in the movement and to secure the right to vote for their people.”

Historians also note an important difference between the motivation of white suffragists, who were working primarily with gender equality in mind, and black suffragists, who saw voting rights as a key part of racial equity and a means of uplifting their communities.

In fact, the roots of the suffrage movement can be traced to the abolition movement, whose champions called for gender equality alongside an end to slavery as early as the mid-19th century, when abolitionist Sojourner Truth delivered her historic “Ain't I a Woman” speech at the 1851 Women's Convention in Akron, Ohio. In 1866, the poet and abolitionist Frances Ellen Watkins Harper would deliver a rousing speech of her own at the National Women's Rights Convention in New York City.

"We are all bound up together in one great bundle of humanity,” she said. “And society cannot trample on the weakest and feeblest of its members without receiving the curse in its own soul.”

Despite the successes of the suffrage movement, obstacles remained even after 1920, says Jones, who was named after activist Ida B. Wells.

"When we look back at the 19th Amendment, even though it passed on paper, African American women were not allowed to exercise that freely,” she says.

In much of the country, hurdles like poll taxes and literacy tests kept black voters disenfranchised until the passage of the 1965 Voting Rights Act, which outlawed discriminatory voting practices.

To this day, obstacles to voting persist, Jones says. And a new generation of politicians, such as Georgia's Stacey Abrams, have taken up the fight against voter suppression.

"African American women continued to fight for and advocate for the voiceless, the poor in the urban and rural areas, the uneducated, and the immigrant community,” Jones says. “All of this is bound up into one big issue: true democracy.”