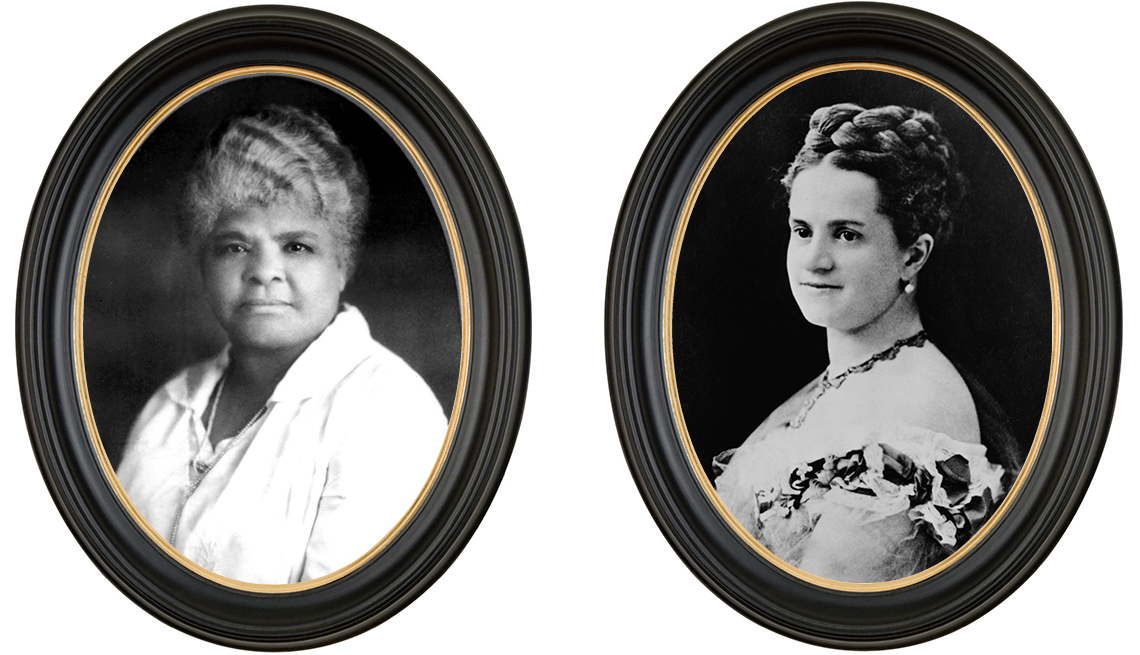 Ida B. Wells-Barnett, left, was an important journalist and civil rights activist, and Emily Warren Roebling, right, contributed to the construction of the Brooklyn Bridge.

Acknowledging that their obituaries historically overlooked the contributions of notable women, the New York Times is seeking to right this wrong by launching a feature on women who "left indelible marks but were nonetheless overlooked" in the obituary pages. The collection launched last week with 15 women, and more will be added weekly.

Many of the women profiled, include writers Charlotte Brontë and Sylvia Plath and photographer Diane Arbus, died before they even reached age 50, but others continued their notable activities later in life.

Ida B. Wells used the mighty power of the pen to challenge racism in the Deep South with her powerful reporting on lynchings. Wells, who was born a slave, was a pioneer in news-gathering techniques and civil rights organizing.

“It is with no pleasure that I have dipped my hands in the corruption here exposed,” Wells wrote in 1892 in Southern Horrors. “Somebody must show that the Afro-American race is more sinned against than sinning, and it seems to have fallen upon me to do so.”

Wells was a 30-year-old newspaper editor living in Memphis when she launched the anti-lynching campaign that made her famous, according to the Times. She questioned the stereotype that black men were rapists, which was frequently used to justify lynchings. Her reporting found that in two-thirds of mob murders, the victim had never been accused of rape, and that in many cases there had been a consensual interracial relationship.

Her work was published in the newspaper she co-owned and edited, the Memphis Free Speech and Headlight, and she was dubbed "The Princess of the Press" by the Journalist, a mainstream trade publication. Threatened often throughout her career, Wells never backed down from her beliefs.

Wells saw lynching as "a violent form of subjugation" to stop African Americans from acquiring wealth and property after the Reconstruction era, according to the Times. Her articles were widely reprinted, including internationally and in more than 200 African American weeklies published at the time in the United States.

Wells was also was a trailblazer for activism. In 1883, after being forced off a train car reserved for white women, she sued the railroad. After losing on appeal, she urged African Americans to avoid the trains. Later in her life, she helped to found prominent civil rights organizations including the National Association for the Advancement of Colored People and the National Association of Colored Women, and ran unsuccessfully for the Illinois State Senate. She continued to organize around causes such as mass incarceration until she died of kidney disease at age 68.

In the 19th century, women were still wearing petticoats and were unlikely to be visiting construction sites. But Emily Warren Roebling oversaw the building of the Brooklyn Bridge, the world's first steel-wire suspension bridge, after her engineer husband, Washington A. Roebling, fell ill.

"She began as secretary, taking copious notes," the Times reports. "She went back and forth to the construction site. She negotiated the supply materials, oversaw the contracts, and acted as liaison to the board of trustees. Eventually, she became a kind of 'surrogate chief engineer,' according to a biography of Warren by the historian Marilyn Weigold, a professor at Pace University. She used her 'superb diplomatic skills' to manage competing parties — including the mayor of Brooklyn, who tried to have her husband ousted from the project."

The bridge, which took 14 years to build, connected Brooklyn and Manhattan for the first time, and was the world’s longest suspension bridge at the time. It was proclaimed the “Eighth Wonder of the World.”

The bridge opened on May 24, 1883. Today, a plaque there honors Emily, her husband and her father-in-law, who was involved in the early days of the construction. It reads: “Back of every great work we can find the self-sacrificing devotion of a woman.”

Emily Warren Roebling didn't rest on that great achievement. Later in life she would study law at New York University and "argue in an Albany law journal article for equality in marriage," the Times reports.

In an 1898 letter to her son, Roebling wrote: “I have more brains, common sense and know-how generally than have any two engineers, civil or uncivil, and but for me the Brooklyn Bridge would never have had the name Roebling in any way connected with it!”