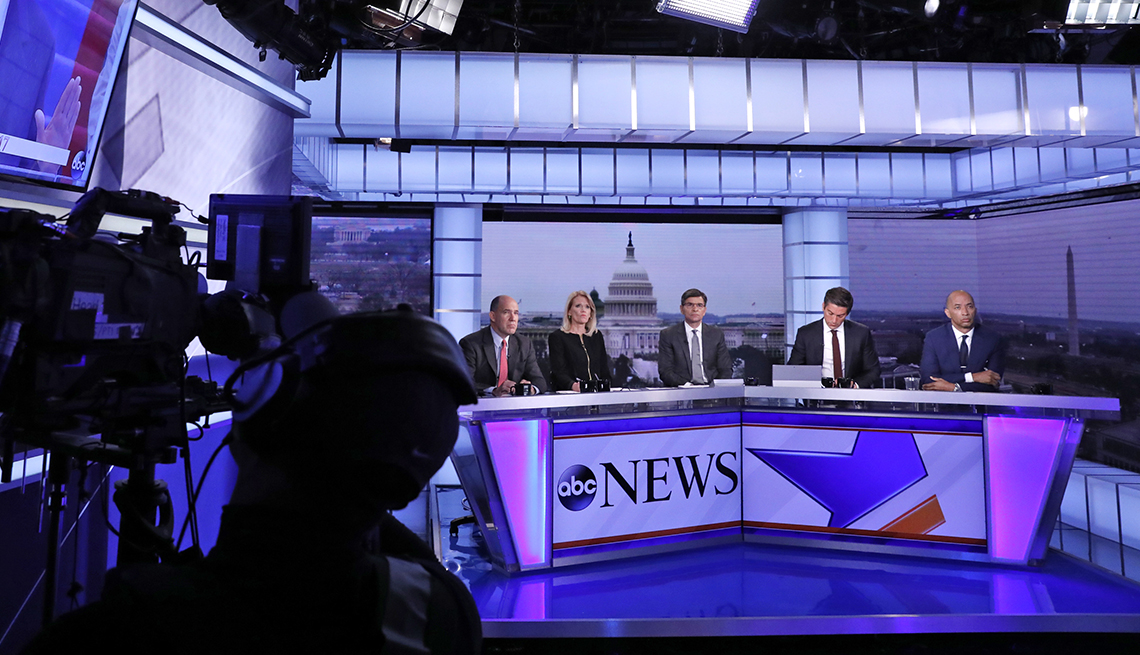 The evening news may be one of television's most-overlooked institutions, but the programs are still widely watched.

Among them, the newscasts anchored by David Muir (ABC), Lester Holt (NBC) and Jeff Glor (CBS) were seen by an average of 26.9 million viewers each weeknight last week, according to Nielsen ratings. If they were seen in prime time, both ABC's “World News Tonight” and NBC's “Nightly News” would be top 10 shows.

Their audiences are older, which makes them far from trendy, but loyal.

The midwinter, when the programs air when it's dark outside and — particularly last week — when the cold is punishing in much of the country, tends to be their most-watched time of the year.

Muir's ABC broadcast, seen by 10.1 million each night last week, is the most popular most weeks. NBC's “Nightly News” had 9.6 million viewers, and the “CBS Evening News” had 7.2 million.

Otherwise, the Super Bowl dominated television's week. While the game is annually the most popular program of the year, it is showing erosion. The game's television audience of 98.2 million viewers is 16 million fewer than four years ago.