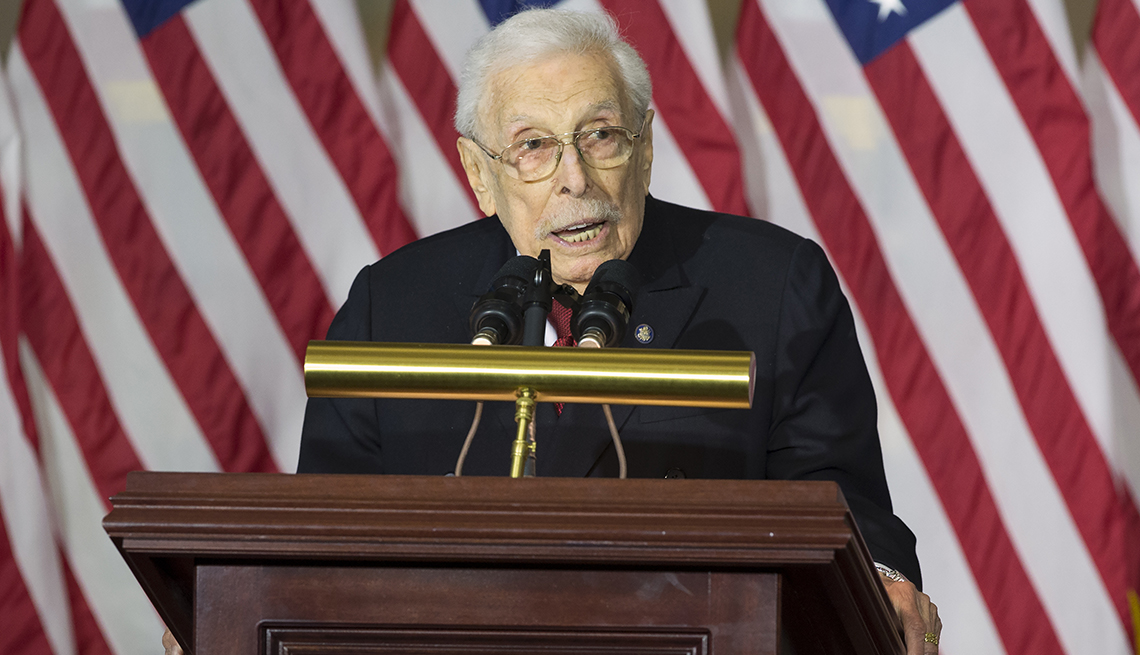 Lester Lionel Wolff, who marked his 100th birthday this year, often is asked what's behind his longevity. God, good genes and good habits, he says.

The native New Yorker and Reform Jew is no ordinary centenarian. Having serving in the U.S. House from 1965 to 1981, he's the oldest former member of Congress alive.

"I enjoy life,” Wolff says. “Some who have gone 100 years are disabled to the extent that they can't enjoy these extra years. But I'm enjoying it. I keep active.”

The son of a Schlitz beer salesman who sold suds to New York's finer hotels, Wolff studied marketing and economics at New York University. He married his childhood sweetheart, Blanche Silver, and they had a son and daughter.

During World War II he flew single-engine planes for the Civil Air Patrol to defend the East Coast from German U-boat attacks. After the war he built a successful ad agency, and during the early days of television produced and moderated an Emmy-nominated public-affairs program, Between the Lines.

In 1960 Wolff interviewed John F. Kennedy for the program, and the future president encouraged him to run for office.

After Kennedy's assassination, Wolff challenged a six-term Republican incumbent on Long Island's North Shore and won by a slim margin. He was swept into office on the Democratic coattails of President Lyndon Johnson, who carried 44 states in the 1964 election.

"Frankly, I never thought I was going to win,” Wolff says. “I've been very fortunate to be at the right place at the right time, and not because of any great ability, but because I was there. And things happened."

Born on Jan. 4, 1919, Wolff entered the House on his 46th birthday. He soon became a cosponsor of the bill that created Medicare, a health insurance program for people 65 and older, and Medicaid, which provided coverage to the poor. In that era only about half of the nation's seniors had medical coverage, and they were more likely to be living in poverty than any other age group.

For decades there had been talk of giving Social Security recipients health insurance, but the effort was stymied until a U.S. House vote on April 8, 1965. “I feel it's one of the greatest votes I had,” Wolff says. The measure passed, 313-115.

The landmark legislation and so much else from Johnson's Great Society program won approval — immigration reform, federal aid to education, voting rights — that Wolff says his early years in Congress were the most productive.

He was 61 years old and wrapping up his eighth term in 1980 when voters sent him packing. The political winds had shifted. Now it was Republican Ronald Reagan who carried 44 states in the landslide defeat of Jimmy Carter. 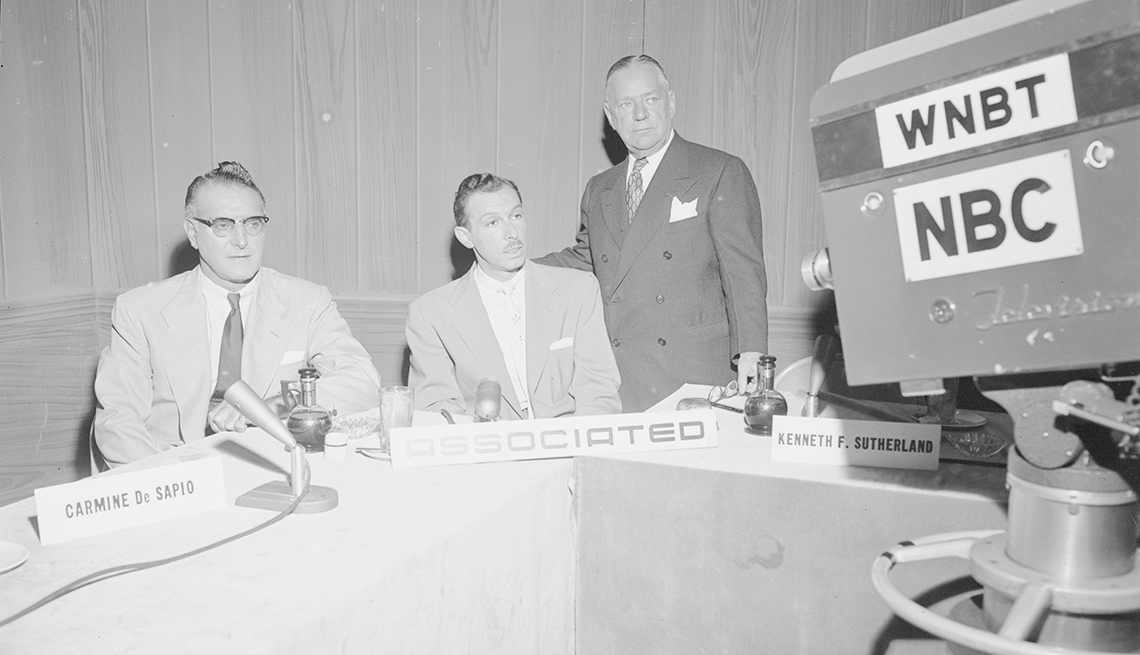 Lester Wolff (middle) was the moderator and producer on the show 'Between the Lines.'
Getty Images

"I lost because of Reagan, and the fact that people of my district decided it was time for a change,” Wolff says. “At first, it was devastating. I couldn't believe after being there all this time I was defeated."

Next he did what many ex-lawmakers do: consulted with companies and foreign countries to advance their legislative interests. “I became part of the revolving door of Congress,” he says.

While some of his forebears lived well into their 90s, Wolff lost his beloved wife in 1997, when she was 78. “I miss her every day,” says Wolff, who is close to his children, four grandchildren and six great-grandchildren.

Party of the century

When he hit 100, every one of them feted their patriarch at the Garden City Hotel, a stately Long Island property where Wolff monitored election results during his first win.

He is, one might say, still winning, part of an extraordinary group of Americans called “super agers.” In its most recent estimate using 2017 data, the Census Bureau said 86,248 Americans were 100 or older, about the population of Duluth, Minn. That meant one centenarian for every 3,776 Americans.

With five cardiac stents, Wolff does not take his health for granted. He watches his diet. He reads nutrition labels. He starts his day with lox and a bagel, without cream cheese, saying, “Saturated fats really are a killer."

Years ago, he quit smoking a pipe. He rarely has alcohol, worried about interactions with his medication. About once a week, he has some vodka “with an ice cube” or a beer.

Two years ago, the man who loved racing around in his maroon Corvette (and less so, the speeding tickets he collected) decided to quit driving. Now he relies on a driver and has a live-in housekeeper.

His hearing isn't the best. He sometimes relies on a cane or, while in airports, a wheelchair. “My legs aren't what they used to be and I don't get around as well as I could,” he says, “but I still make the trip to Washington on my own. I fly in."

He has a droll response when people ask him, “Why don't you run again?"

1968: A Year That Revolutionized America and the World

From Vietnam to politics, how much do you know about the year that changed everything?