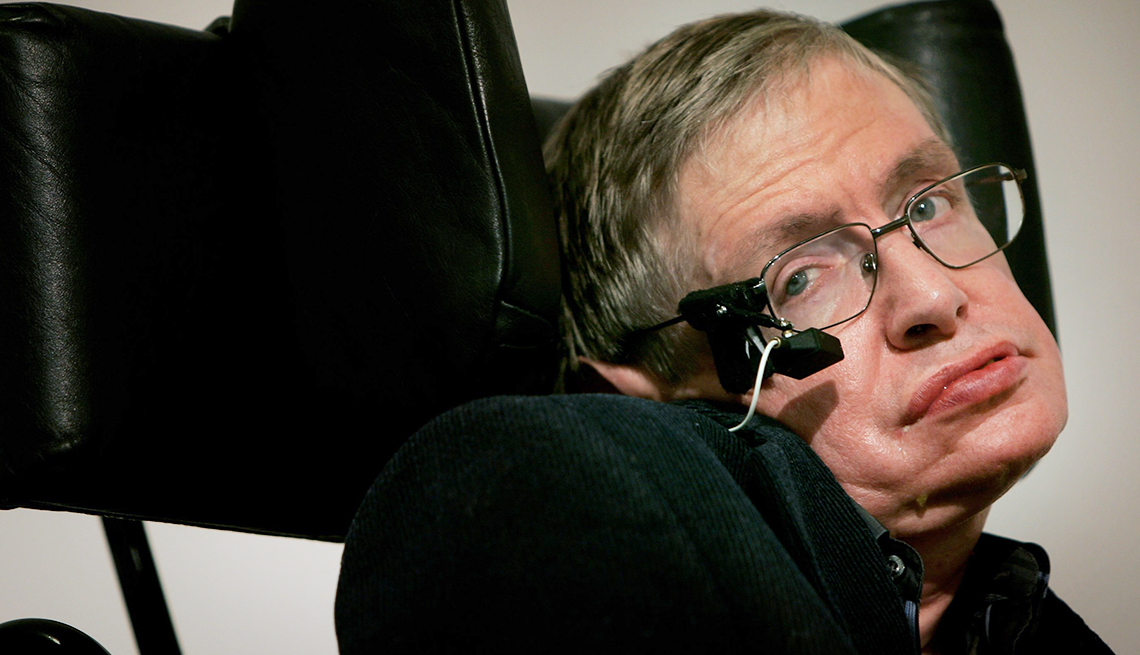 At 21, Stephen Hawking was diagnosed with a form of amyotrophic lateral sclerosis (ALS), which eventually made him use a wheelchair and specialized tools to communicate.

En español |  Stephen Hawking’s life was anything but ordinary; his study of the universe spanned cultures, and his deep knowledge and appeal to people made him influential and lovable. The 76-year-old theoretical physicist and cosmologist died Wednesday, 55 years after he was diagnosed with a form of amyotrophic lateral sclerosis (ALS), commonly known as Lou Gehrig's disease.

His family released a statement, saying in part: "We are deeply saddened that our beloved father passed away today. He was a great scientist and an extraordinary man whose work and legacy will live on for many years. ... He once said: 'It would not be much of a universe if it wasn't home to the people you love.' ”

One of his biggest accomplishments came in the 1970s when Hawking predicted that black holes weren’t completely black and that they could emit energy. It was dubbed “Hawking radiation.” The now best-selling author went on to write books, including A Brief History of Time. Over the years, he emerged as one of the most famous scientists since Albert Einstein. 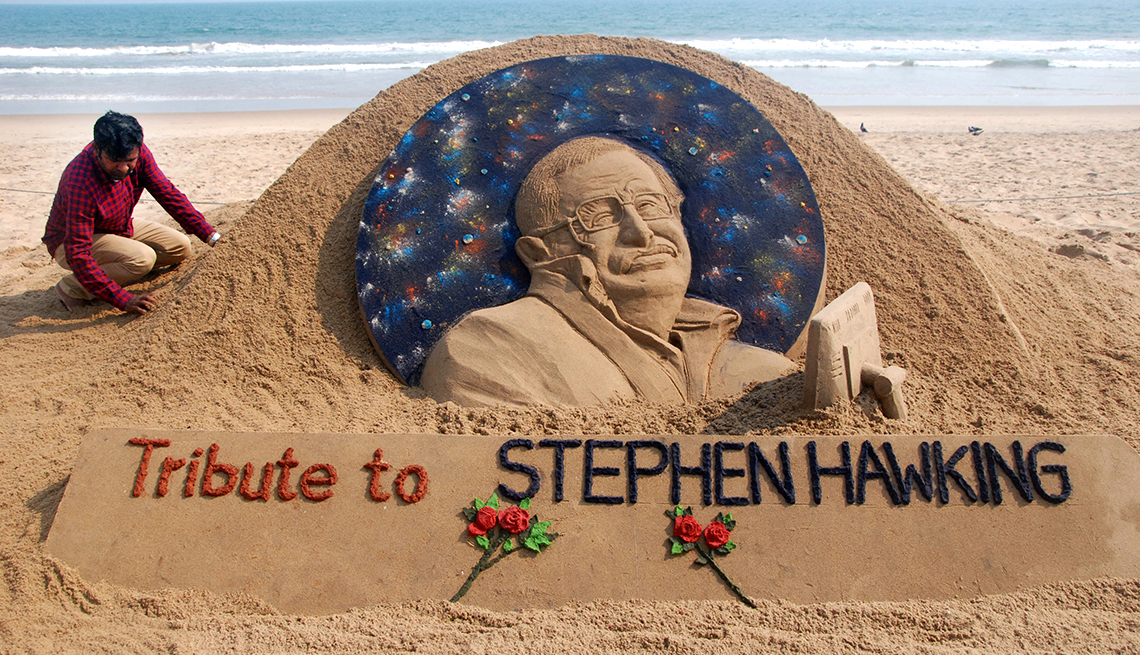 Within hours of Stephen Hawking's passing, memorials and tributes began to pop up around the world, including this sand sculpture at Puri Beach near Bhubaneswar, India.

In an interview with the BBC last year, Hawking said: “I never expected to reach 75, so I feel very fortunate to be able to reflect on my legacy."

He never expected to reach that age because of his medical condition. It was during his first year of graduate school that he began showing signs of ALS. It was estimated only 5 percent of those diagnosed with ALS would survive for 10 years or longer. But Hawking went on to live a busy and impactful life. He married Jane Wilde in 1965 and they had three children. Besides being confined to a wheelchair, Hawking was able to use only a few fingers and at one point he could only tighten the muscles on his face.

Though gone, Hawking's work and discoveries will live on for years. His remarkable story and uniqueness already have made it into films and TV shows, including The Big Bang Theory and Star Trek: The Next Generation, where Hawking made cameo appearances. A film based on his life, The Theory of Everything, was released in 2014, with actor Eddie Redmayne starring as Hawking.