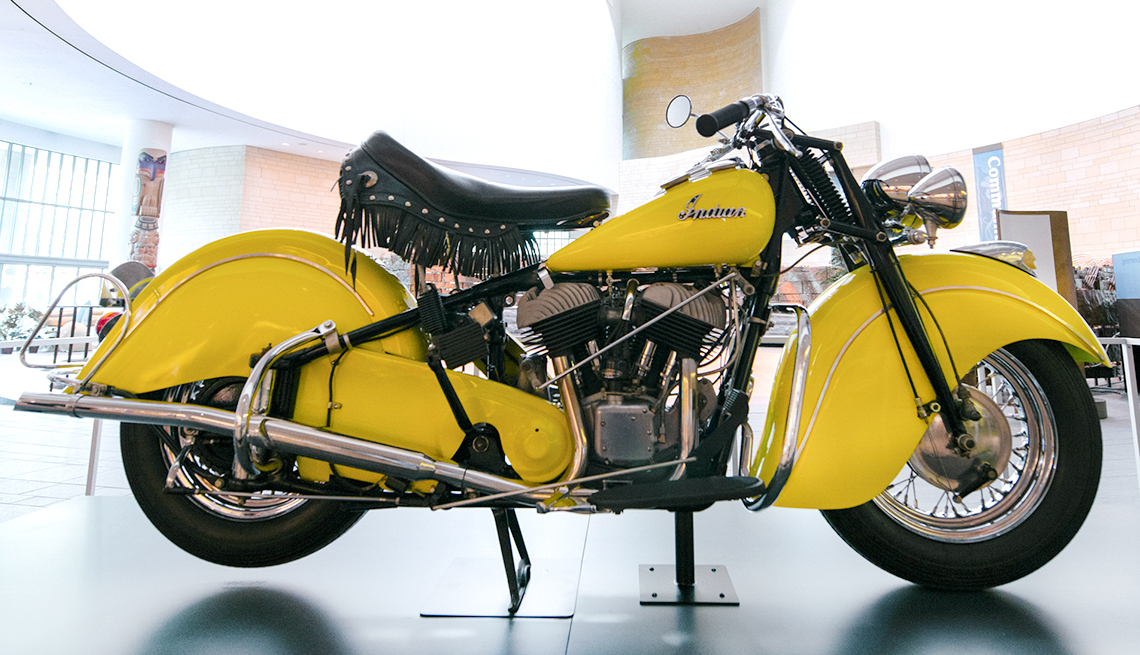 National Museum of the American Indian

The 1948 Indian Chief motorcycle is considered the most stylish mass-produced model and features an Indian figure with headdress on its front fender.

From helicopters to food packaging, movies, sports teams and even a U.S. missile, Native American imagery and mythology have been used to brand and sell merchandise throughout U.S. pop culture for decades.

A combination of reverence, stereotypes and inaccuracies depict this country's complex relationship with its first peoples in an exhibit at the Smithsonian's National Museum of the American Indian. It's called, simply, "Americans."

The appropriation of Indian culture in America is unlike any other ethnic group and it goes back hundreds of years, says Paul Chaat Smith, a member of the Comanche Nation and cocurator of the exhibit.

"One of the curious things [about the depiction] of American Indians in entertainment is that they are always set in the past, in the 19th century. ...  If you are a modern-day Indian, you are not authentic."

These days, American Indians and Alaska Natives are less than 1 percent of the U.S. population, but their idealized appeal is more outsized. 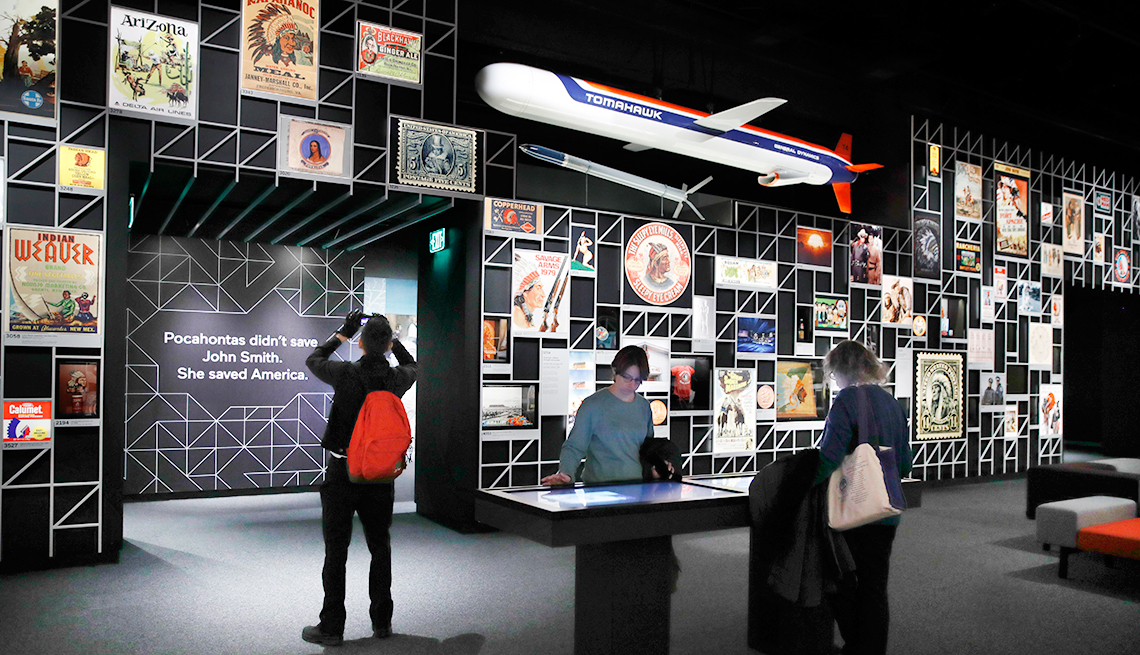 The expansive exhibit includes more than 300 items, ranging from a sporty yellow Indian motorcycle; a bullet box from the Savage Arms gun company; ads for movies; and scale models of the U.S. military’s Chinook, Kiowa and Apache Longbow helicopters.

Because the helicopter was a game changer for the military, it was actually a U.S. policy to name helicopters after tribes as a tribute to Native American warfare techniques.

"Opinions in the Indian community are divided on this," Smith says. "The White Mountain Apache are very proud of the Apache helicopters." 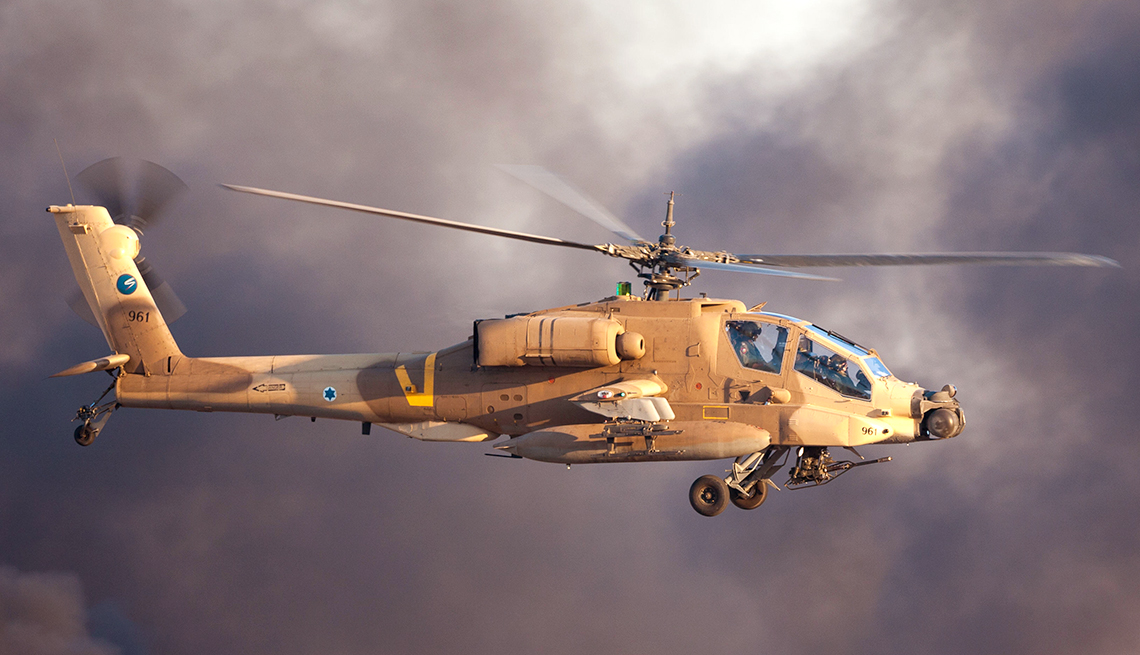 Helicopters are often named after Native American tribes and individuals, including the Apache helicopter.

However, others believe that the stereotype of Native Americans as "great warriors" bolsters the the United States' systemic decimation of tribal people.

For example, legend has it that Little Bighorn was a catastrophe for Gen. George Custer’s regiment. In reality, it was one Native American victory in a series of defeats that resulted in the confinement of Sioux Indians to reservations and the annexation of their land for U.S. development, according to the Smithsonian.

The well-known Trail of Tears also often is oversimplified as an isolated event that President Andrew Jackson led. But the exhibition explores how the Indian Removal Act of 1830 began a campaign of forced displacement that impacted 67,000 Indians from numerous tribes and spanned the terms of nine separate presidents.

Families exploring the exhibit often find that, depending on in which era they grew up, they learned different things.

"My parents didn’t learn about the Trail of Tears in school," Smith says. "Thanksgiving is also taught very differently now than it used to be."

For current college students, the movie Dances with Wolves, released in 1990, "was made long before they were born, and they don’t have a concept of a wide Western epic. So depending on your age ... the things you think you know about [Native Americans] does change."

• Where: National Museum of the American Indian on the National Mall in Washington, D.C.

In the "Indians Are Everywhere" portion of the exhibit, it is clear to see that American Indians often added meaning or value to advertised products, but the references often paint Native Americans as one-note caricatures. When viewing the exhibit, patrons may realize how some of these portrayals have unconsciously invaded their own perceptions of Native Americans through the years.

For viewers 50 and older, it is also a walk through their own history with much of the content coming from 20th century popular culture, the "high" point of Indian advertising imagery, Smith says.

"The exhibit is designed so that all of our visitors resonate immediately with images from their own lives," Smith says. "There are well-known Americans who have portrayed Indians in movies or wore headdress including Elvis Presley, Jimmy Hoffa, Ted Turner and others."

For many Americans, this is their only exposure to Native American culture.

"There are 330 million people in this country, and the vast majority live in places where there are not many Indians," Smith says. "They only experience Indians through this type of thing, sports teams, place names, false stereotypes."

The exhibit, which opened Jan. 18, 2018, offers families a chance to discuss their interpretations of Native Americans in pop culture and how it has changed.

"I think what [visitors] are surprised by is how many things connect to their own lives. There's lots of pointing, discussion and excitement," Smith says. 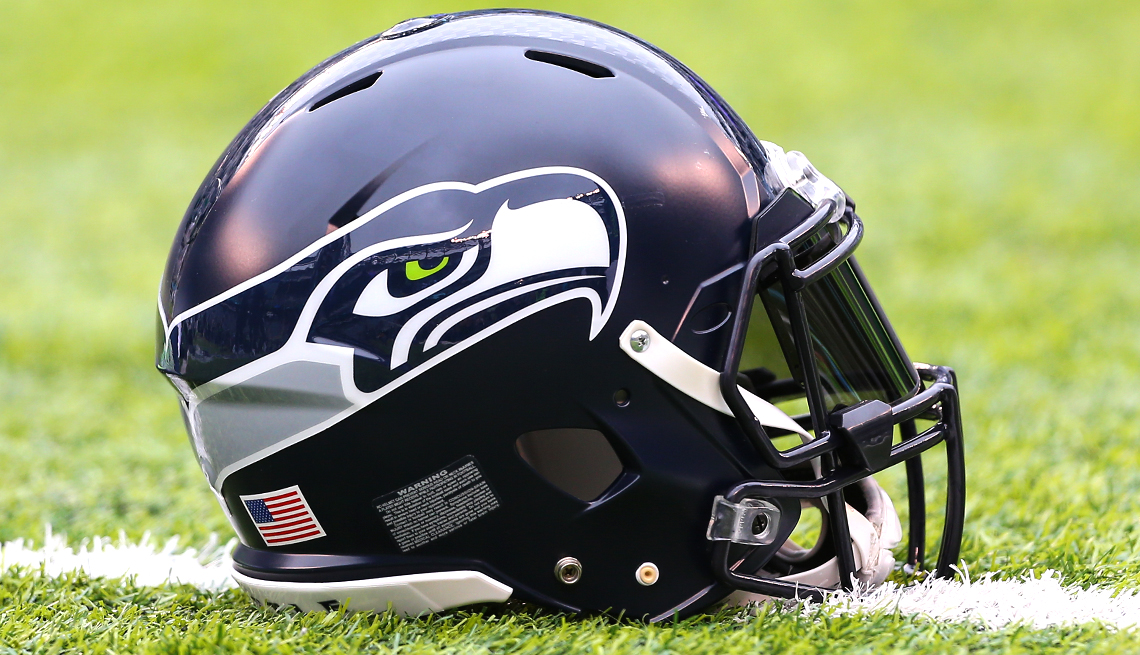 The Seattle Seahawks fashioned their logo around Native American art to represent the Pacific Northwest.

Sometimes pop culture gets it right

A more encouraging example of incorporating Native culture into pop culture is the Seattle Seahawks, a very popular professional team among Native Americans, Smith says. Native American art inspired the team's logo, and the franchise made an effort to introduce imagery that reflects the region and also is respectful.

It reflects Americans' deep interest in Indian history despite the country's need to reconcile that its creation came at a great cost to Native Americans.

Editor's note: This story, originally published March 1, 2018, has been updated with the end date of the exhibition.