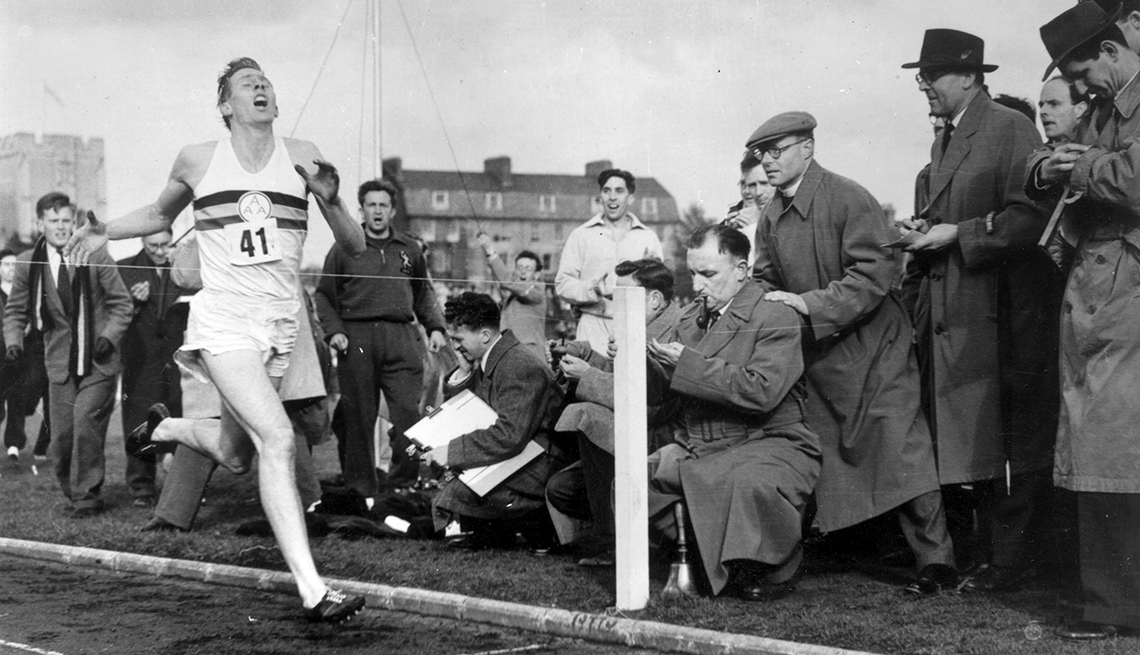 Roger Bannister became the first competitive athlete to run a track-and-field mile in under 4 minutes in 1954.

Roger Bannister was more than an athlete who broke through a famously difficult barrier in track and field. He became a national inspiration in Britain in the years after World War II, when shortages and a certain postwar malaise left the empire in need of a lift.

Bannister, who died Saturday at 88, in 1954 became the first competitive athlete to run a track-and-field mile in under 4 minutes. That, in itself, would have placed him in the history books, in no small part because many people at the time questioned whether the 4-minute barrier could even be broken. But his timing in history may have been as important as his time in the race. 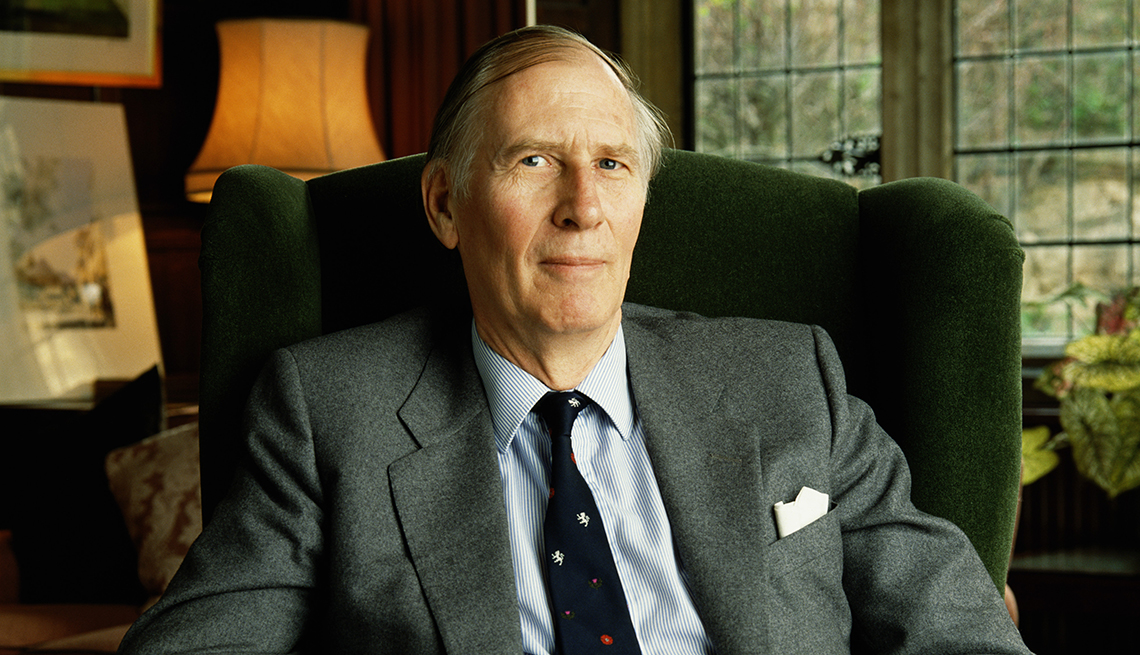 Britons still faced post-World War II austerity measures, even though the war was long over. Food shortages persevered. The economy lagged. But the mood was one of hope, for people looking for sanity in the unimportant, Bannister told Britain's Daily Mail.

Against that backdrop, Bannister ran as an amateur while studying medicine at Oxford. On May 6, 1954, on a track at the university, he stepped to the starting line and broke a world record in the mile that had stood since 1945. More importantly, by finishing with a time of 3 minutes, 59.4 seconds, he became the first runner to break the seemingly unbreakable barrier. It made him an overnight sensation around the world.

"I thought it would be right for Britain to try to get this," Bannister told the Associated Press in a 2012 interview. "There was a feeling of patriotism. Our new queen had been crowned the year before. Everest had been climbed in 1953. Although I tried in 1953, I broke the British record, but not the 4-minute mile, and so everything was ready in 1954."

The record didn’t last long; in less than two months, Australia’s John Landy would run a mile in 3 minutes and 58 seconds. Bannister and Landy would go on to run against each other, with Bannister edging Landy at an August 1954 race in Vancouver, British Columbia. Both men broke the 4-minute barrier in the race, although Landy’s earlier record stood up. 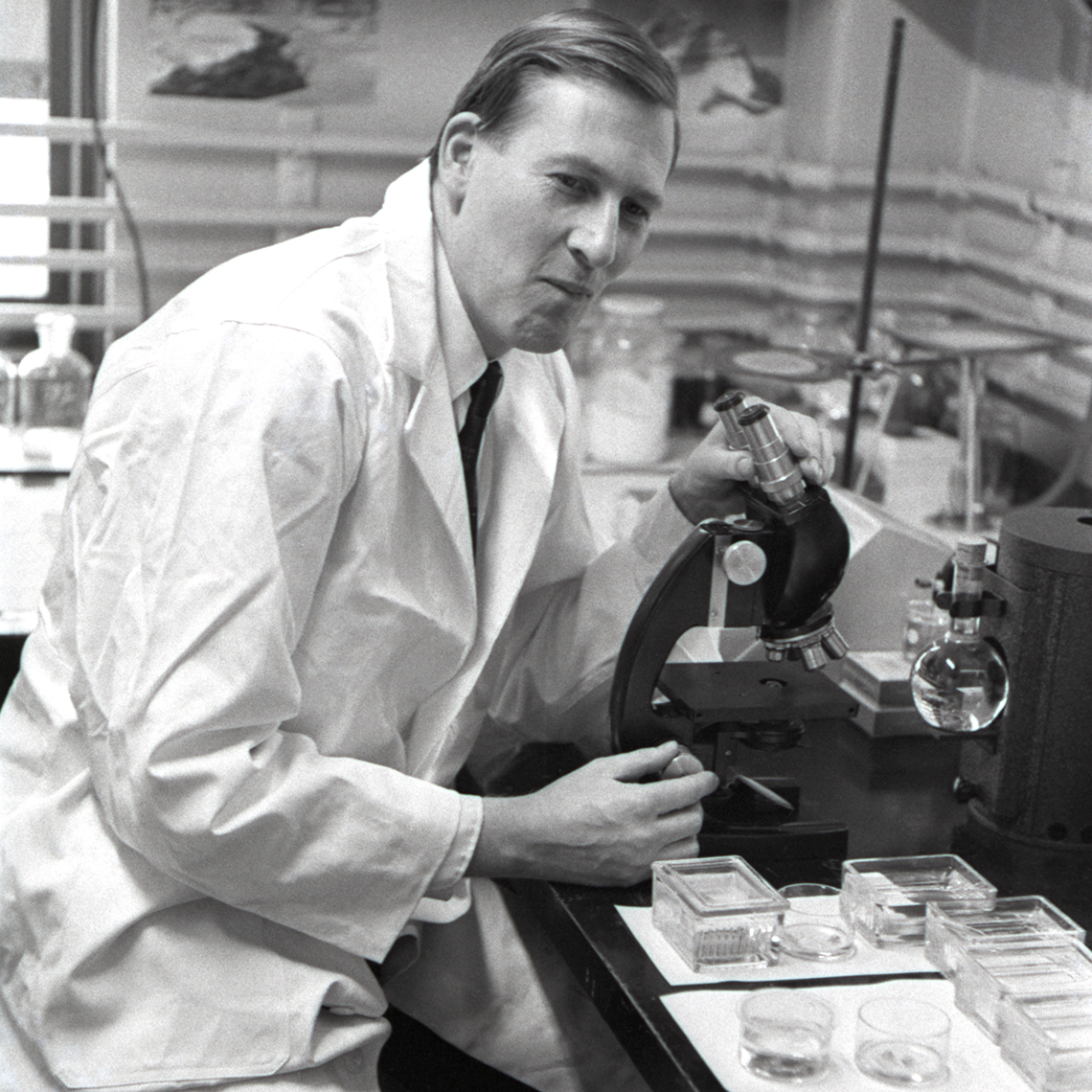 Roger Bannister using a microscope to track down germs at Boston City Hospital, under a research fellowship from Harvard University on neurology.

By year’s end, Bannister had retired, moving on to a long career as a neurologist. He maintained his amateur status through his track career, meaning he never was paid for any of his races.

"My medical work has been my achievement, and my family with 14 grandchildren," he told the AP. "Those are real achievements."

In fact, when Bannister was knighted in 1975, it was in recognition of his medical career.