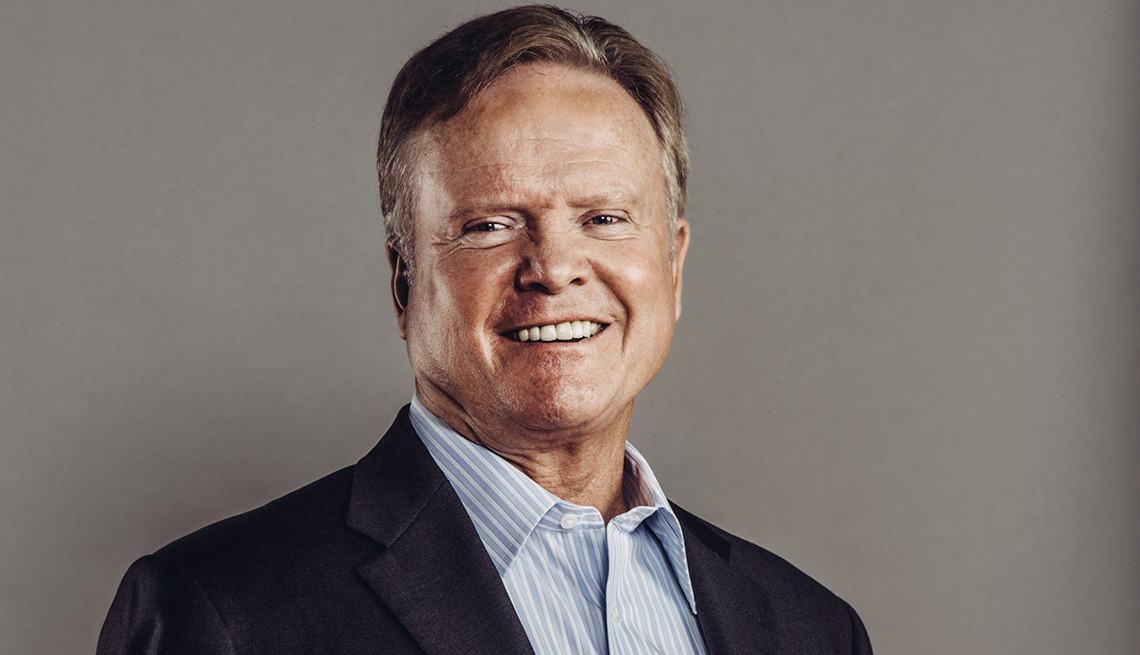 Jim Webb was awarded the Navy Cross, the Silver Star and Two Purple Hearts for his military service.

Former U.S. Sen. Jim Webb who wrote the best seller, ‘Fields of Fire’ discusses his time as a marine in Vietnam, where he was wounded twice, and being awarded the Navy Cross, the Silver Star and Two Purple Hearts.

Q: What do Americans need to understand better about the Vietnam War?

A: There is one area where the United States has a black hole: It understands very little about the contributions of the South Vietnamese. I didn’t fully understand all the reasons for resisting what was happening from the other side until I started working with the Vietnamese community in the U.S. after the fall of Saigon. My [Vietnamese] wife’s family fled on a boat in 1975 and was out at sea for three days before our Navy rescued them and took them to a refugee camp. They didn’t know whether they were going to live or die when they got on that boat. America needs to understand why they resisted, what was happening over there during and after the war. A million South Vietnamese were sent to reeducation camps. We need to understand their journey.

Q: What do you recall most about Vietnam during the war?

A: I still find it remarkable what the very young men I served with accomplished. These were mostly recent civilians barely out of high school, called up to spend a year in hell, then go home. I think about the war every day, but I’m not haunted by it. And I am still moved by the way my Marines faced their duty, and their lack of complaint in the face of near-constant danger.

Q: You are 71, but the bonds formed as a young man in war are still strong.

A: I don’t have to say I’d trust them with my life. I’ve already done that in more ways than I can tell you. I’m here today because of their uncomplaining heroism.

Q: You've written, “I and my fellow combat veterans stand on one side of a great impassable divide with the rest of the world.” Can you explain?

A: It’s a very complicated issue. There is a bond you feel with other [veterans]. That’s why I wrote Fields of Fire, my first novel. I was sitting in Georgetown Law School listening to people arguing about the morality of the war, and I thought, If I could put them in an infantry unit for six months, and if they’re intellectually honest, what would they be saying right now? And that’s the challenge that a lot of veterans face.

Q: Can the divisions in your generation ever be healed?

A: I’ve spent many years working on this issue.  A big part of my generation remains permanently divided by a whole range of personal choices that were made during that era. We all have to live with what we did.

Q: Name a misconception Americans have about the war.

A:That it was mostly fought by reluctant draftees. Nine million men served during the Vietnam era. Two-thirds of those were volunteers rather than draftees, and 73 percent of those who died were volunteers.

Q: How can the government help ensure that veterans get what they need?

A: The VA has a good budget compared to when I was a committee counsel years ago during the Carter administration. We put a lot of money into our veterans. The challenge is to make sure that the [money] goes to the programs that do the most good.

Q: Do people really understand the sacrifices of combat troops in Vietnam?

A: There is this belief by some that it was a war where bombs inflicted most of the damage from afar. But it was the most costly war the U.S. Marine Corps has ever fought—five times as many dead as World War I, three times more dead than Korea and more total casualties than even World War II. It is all the more remarkable that these sacrifices were being made while the country was deeply divided.

A: We endured boiling heat, moving through tough terrain with 60 pounds of weapons and gear. The typical Marine would lose 20 percent of his body weight while in the bush. We slept on the ground under makeshift poncho hooches, which we’d have to take down in the rain because they shined and became targets. We never got more than an hour or two of sleep for months at a time in the bush. Ringworm, hookworm, malaria and dysentery were common. A break consisted of four or five days in a muddy rear area, where rocket and mortar attacks were common. All of which makes it kind of hard to get excited about tales of Woodstock.