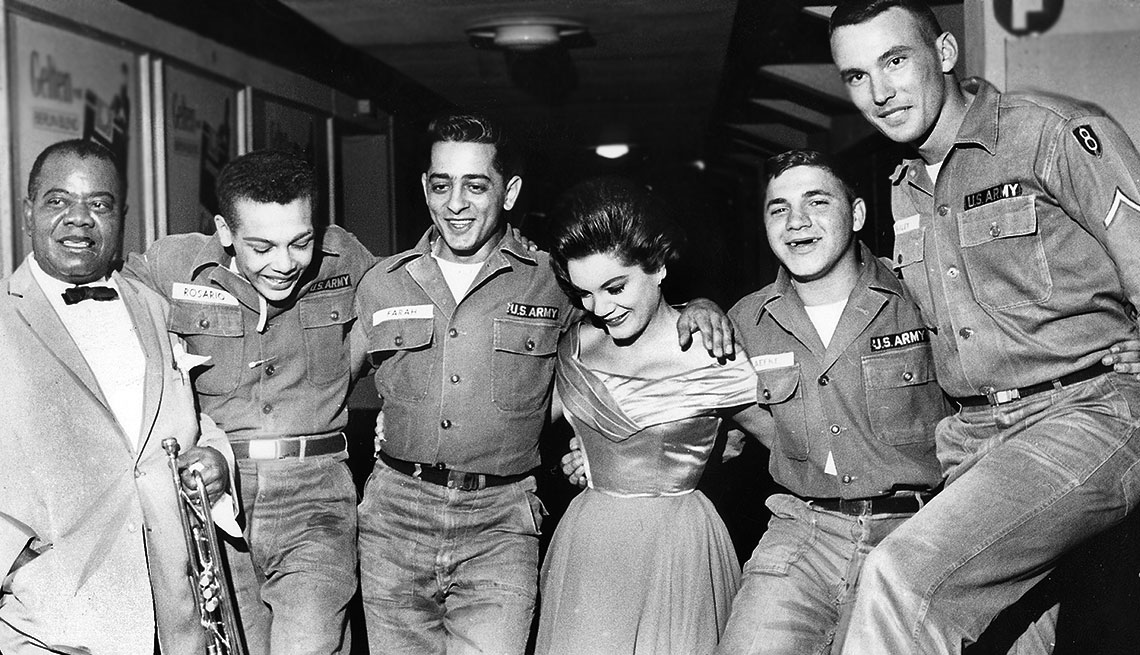 Louis Armstrong, far left, with Connie Francis and US solders in Berlin's Sportpalast in 1962 .

My father couldn’t join the Army because he had flat feet, and that always bugged him. He had wanted to serve. And he taught me how much we owe the troops.

During the Vietnam War, I toured with the USO and visited field hospitals. Some of the injuries were horrific. I remember sitting on the bed of one soldier whose head was all bandaged on one side. He asked, “Would you sing ‘My Buddy’?” So I sang it for him. Then he told me the doctors had said half his face was gone. I told him, “The half that’s showing looks pretty good to me.” I could see what it meant to him to hear that. It was almost a spiritual happening.

There was no such thing then as post-traumatic stress disorder. It hadn’t been given a name yet. Soldiers who came home with PTSD symptoms such as agitation or anxiety would be treated with drugs for those symptoms. Even today it gets misdiagnosed, or treated with medicines that don’t work. A lot of these drugs can cause suicidal thoughts — it’s right there on the warning labels.

I know something about PTSD. While I was on tour in New York in 1974, I was raped at knifepoint in a motel. It was terrifying. I spent two and a half hours negotiating for my life. After that, I couldn’t sleep. I saw the attacker’s face everywhere. I was hospitalized; they thought I had bipolar illness. I took lithium, but all it did was keep me lying on a couch. Finally, I was diagnosed with PTSD and got the treatment I needed. I’m a big believer in counseling for PTSD. 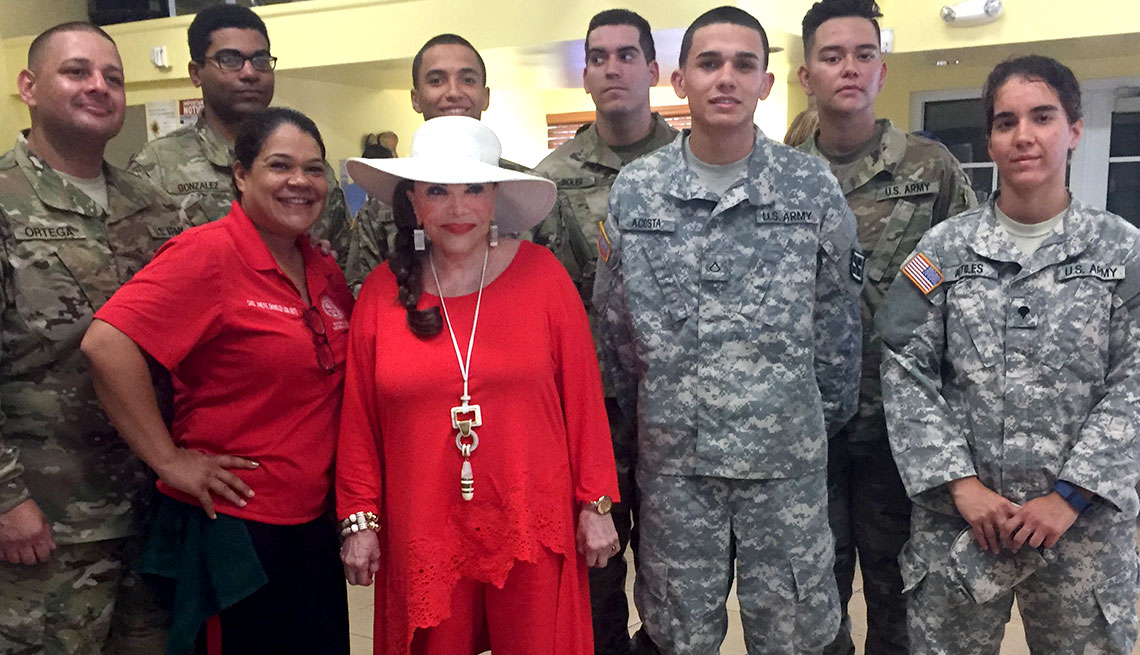 On Friday, May 12, 2017, Connie visited the Miami Homeless Veterans Project while lending her support in promoting this national outreach effort.

When it isn’t treated, it can cause a lot of damage. Yet combat veterans often don’t talk about what they’ve seen or how it makes them feel. They just let the feelings build up.

I’ve always participated in shows and fundraisers for our troops, but now I’m working with a hospital to create support groups for vets. I want to encourage them to share their experiences. This effort has given me a lot of energy and hope. We all have it in us to make a difference in someone else’s life. The more you help others, the more it enriches your life, too.