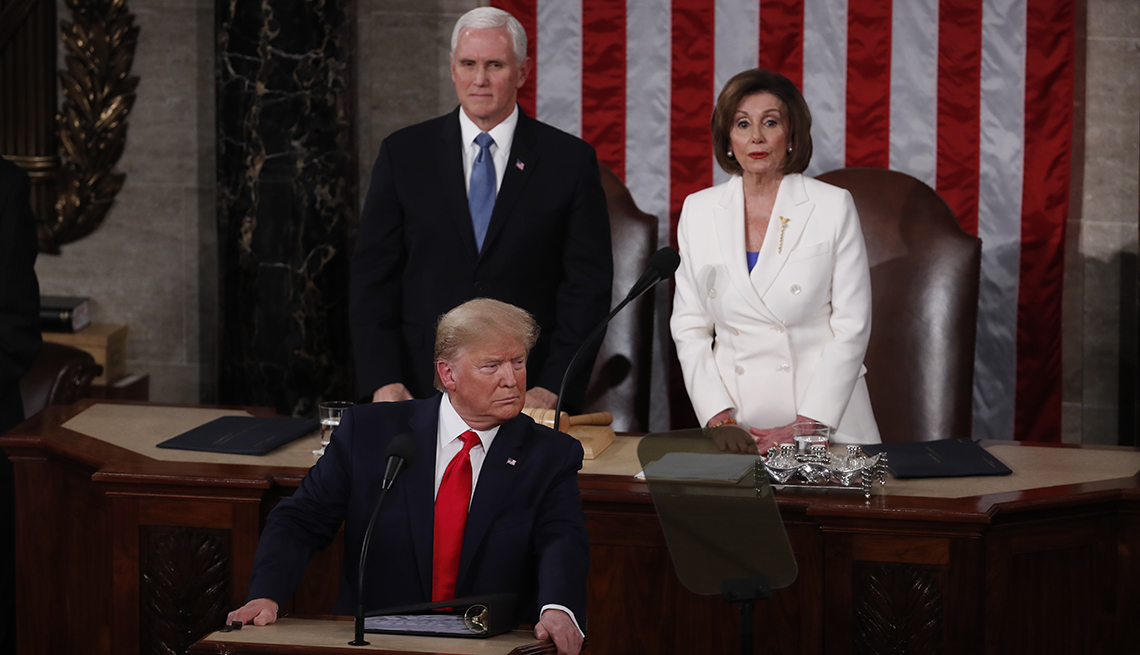 En español | During his third State of the Union address on Tuesday night, President Trump called on Congress to send him bipartisan legislation that would cut the soaring price of prescription drugs.

“Get a bill to my desk, and I will sign it into law immediately,” Trump said. “I have been speaking to Sen. Chuck Grassley of Iowa and others in Congress in order to get something on drug pricing done, and done quickly and properly.”

Grassley, a Republican, and Sen. Ron Wyden (D-Ore.) are sponsoring legislation that would cap out-of-pocket prescription drug costs for Medicare recipients and would also require drug manufacturers to pay a rebate to Medicare if they raise prices more than the rate of inflation. The bill has passed the Senate Finance Committee, which Grassley chairs, but has not yet been voted on by the full Senate.

In the House of Representatives, lawmakers last year passed the Elijah E. Cummings Lower Drug Costs Now Act, which also would put a cap on out-of-pocket expenses for Medicare enrollees. That measure, which AARP has supported, would also direct Medicare to negotiate prices for many high-priced, life-saving medications.

Since last year, AARP has waged its Stop Rx Greed campaign to urge federal and state lawmakers to use administrative tools and pass laws to curb the high prices of prescription drugs.

“AARP was encouraged to hear the president emphasize the need for Congress to take action on our nation’s skyrocketing prescription drug prices,” AARP Executive Vice President and Chief Advocacy and Engagement Officer Nancy LeaMond said after the speech. “It is outrageous that big drug companies have raised prices on over 500 prescription drugs already this year. The president has called for action. The House of Representatives has already acted. It is time for the Senate to pass bipartisan legislation to lower the price of prescription drugs and for Congress to send a final bill to President Trump for his signature.”

During the Democratic Party’s response to the president’s speech, Michigan Gov. Gretchen Whitmer talked about how personal the health care issue has been for her. She recounted being “up all night with a baby and during the day” having to “fight my mom’s insurance company when they wrongly denied her coverage for chemotherapy.” Whitmer also described how several governors around the country have been working with their legislatures to expand Medicaid under the Affordable Care Act, something AARP also supports.