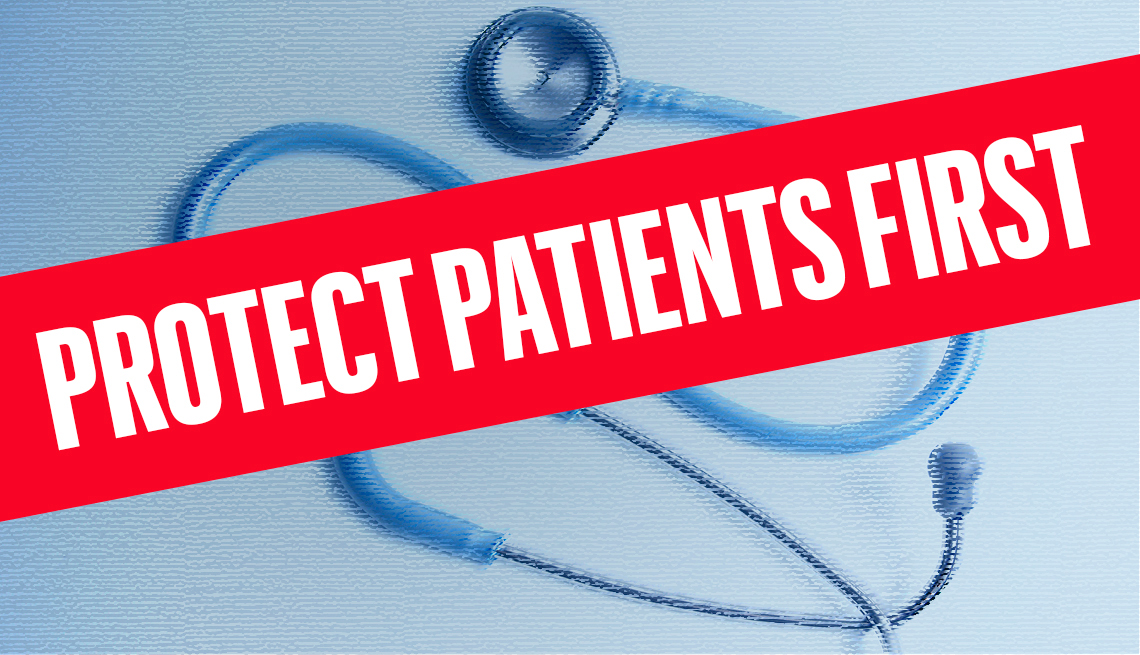 For Laurie Merges-Jett, Medicaid has literally been a lifesaver.

In 2015, two months after she lost her job and health insurance when her company downsized, the Lakewood, Ohio, mother of three was diagnosed with stage 3 breast cancer. Because her state had decided to expand Medicaid under the provisions of the Affordable Care Act, Merges-Jett was able to afford the 16 rounds of chemotherapy she needed to save her life.

Medicaid allowed Merges-Jett to “stay alive and be a mother to my children,” she said at a Protect Patients First forum in Cleveland this month sponsored by AARP and several major health care organizations.

For more than five decades, Medicaid has provided such critical health care coverage for millions of America’s most vulnerable. The American Health Care Act, passed by the House of Representatives in May, would slash funding for this safety net program by more than $800 billion over 10 years.

The Senate has followed suit, releasing a bill on June 22 that also would put Medicaid on the chopping block. The nonpartisan Congressional Budget Office (CBO) analysis found that the Senate measure — the Better Care Reconciliation Act — would cut Medicaid by $772 billion over 10 years, and that 15 million fewer people would be enrolled in Medicaid by 2026. In addition, the CBO reported yesterday that if the bill becomes law there would be even harsher cuts in the second decade.

"Medicaid would experience even more drastic cuts in the second 10-year period, with reductions of over one third of the program, or 35 percent," said AARP Executive Vice President Nancy LeaMond.

The House and Senate bills would also fundamentally change the federal-state partnership that over the years has maintained a balance between a federal guarantee to help states fund basic Medicaid services and the ability of state leaders to tailor Medicaid coverage to the needs of their populations.

The Affordable Care Act (ACA) gave states the option to expand Medicaid to cover many poor and low-income adults who had not been eligible for the program before. As an incentive for states to expand, the law fully funded the expansion through 2016, gradually scaling back the federal match to 90 percent by 2020.

The District of Columbia and 31 states expanded Medicaid. In one of them, Arizona, health experts estimate that hundreds of thousands of Arizonans would lose coverage if the expansion were rolled back as envisioned in both the House and Senate bills.

In Maricopa County alone — Arizona’s largest county, which includes Phoenix — about 200,000 people would be dropped from Medicaid by 2023, according to Stephen Purves, CEO and president of the Maricopa Integrated Health System.

Purves said coverage losses would have real-world, tangible impacts. For example, someone dropped from Medicaid who stopped taking diabetes medicine “could go into a diabetic coma, go to the emergency room and then intensive care, and rack up thousands of dollars in costs that could have been prevented by taking a $50 medication,” he said.

Rolling back Medicaid eligibility has already had an impact in one state. In 2005, Tennessee cut back its Medicaid-eligible population, eventually dropping 170,000 low-income beneficiaries from the program.

Those Medicaid reductions have now been linked to more women in Tennessee being diagnosed with late-stage breast cancer. A new study in the American Cancer Society journal Cancer found that income and the availability of health coverage was a determining factor in cancer diagnoses.

“We show that when a large population in a state loses Medicaid coverage, low-income women are more likely to be diagnosed with breast cancer at later stages, suggesting that they did not receive screening or other primary care that may have facilitated earlier diagnosis,” said Wafa Tarazi of Virginia Commonwealth University, one of the authors of the study. The study found a 3.3 percentage point increase in late-stage diagnosis for women living in low-income ZIP codes, compared to women living in high-income ZIP codes.

The authors also pointed out that late-stage cancer is more costly to treat and carries a higher risk of death than when the cancer is detected and treated earlier.

The Medicaid expansion has affected communities large and small throughout the country. A study released this month by Georgetown University and the North Carolina Rural Health Research Program found that “the Affordable Care Act’s Medicaid expansion is having a disproportionately positive impact on small towns and rural areas” in several states, such as Alaska, Maine and Louisiana.

Dan Rahn, chancellor of the University of Arkansas for Medical Sciences, says that Arkansas’ decision to expand Medicaid has improved access to health care in rural areas of the state. Families USA estimates nearly 300,000 Arkansans would lose health coverage if the Medicaid expansion were rolled back.

The expansion of Medicaid has been a major factor in the sharp reduction in the number of Americans without health insurance.  Since the ACA went into effect, the proportion of uninsured Americans has fallen from 16 percent to under 9 percent. That means 20 million fewer people in the country are without coverage.

The cuts and program changes being contemplated for Medicaid on Capitol Hill would affect beneficiaries throughout the nation — not just those in expansion states.

The proposed legislation would fundamentally change the structure of Medicaid, would scale back those guarantees and would mean cuts for other essential services Medicaid provides.

Under both the House-passed bill and the Senate’s proposed legislation, Medicaid would give states a certain amount of money for each person enrolled — a per capita amount, subject to caps, that would be based on how much a state has historically spent on beneficiaries. States would also have the option of asking for a block grant for Medicaid for some populations — a lump sum of money to fund the program.

Either approach would force states to make up for the loss of federal support by taking one or more of these uninviting paths: Cut how much they pay health care providers, which would cause some of them to stop serving Medicaid patients; raise taxes or cut other state programs; reduce or eliminate Medicaid services; or further restrict eligibility for Medicaid.

Given those difficult choices, it’s virtually inevitable that states would reduce the so-called optional Medicaid services — services not required by the federal government but ones that states have the option to include in their Medicaid programs.

These optional services include prescription drugs, physical therapy, dental care, private-duty nurses and home- and community-based services. They also include home modifications for ramps and other items, transportation, and home-delivered meals.

Eliminating or reducing these at-risk services would affect millions of poor seniors and people with disabilities.

By enabling people to meet their basic needs and live in a safe, accessible environment, the home- and community-based services that many states provide can be the difference between staying at home — which the vast majority of people prefer — and having to move to a nursing home, an alternative that is two to three times more expensive for Medicaid.

Such cuts would affect people like Clark Wideman, who suffered respiratory failure in 2015 and ended up in a nursing home. Now 70 years of age, Wideman is able to live at his home in Columbus, Ohio, instead of the nursing facility, thanks to the state’s Passport program. This community-based service allows Medicaid-eligible Ohioans to get the support and services they need to stay in their homes.

For three hours a day, Wideman is connected to an aerosol machine to loosen secretions in his throat. Special garments help keep his legs compressed. Showering is difficult because of his tracheostomy.

Through the Passport program, three home health aides assist Wideman for a total of about 42 hours a week. They help him wash his hair without getting water in his trach. They wrap and unwrap his legs. They help clean the house.

“With diminished ability to take care of myself, I’d be in a nursing home if people didn’t help me,” Wideman said. “I was the youngest person in the nursing home. I didn’t fit. I shouldn’t be there.”

As of 2015, more than half a million Americans were on waiting lists to receive home- and community-based services, a number that could rise substantially in the face of Medicaid cuts.

An analysis from the Center on Budget and Policy Priorities found that 88 percent of Medicaid spending on optional services went toward older adults and people with disabilities, and of this spending more than half was used for home- and community-based services.

These optional services are “most at risk” if Medicaid is cut, says Larke Recchie, CEO of the Ohio Association of Area Agencies on Aging.

Patient advocates and health care professionals say they are watching the House and Senate deliberations closely and worry about what would happen to people like Merges-Jett and Wideman if Congress proceeds with a fundamental overhaul of Medicaid.

In mid-June, a coalition of more than 100 health care and social welfare organizations, including AARP, sent a letter to Senate Republican leaders vehemently opposing the changes to Medicaid being contemplated on Capitol Hill.