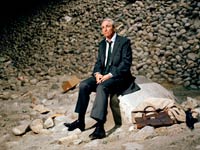 How did it happen? The generation that vowed to never trust anyone over 30 is now undeniably moving beyond middle age. The first wave of the 76 million boomers — that's the group of Americans born between 1946 and 1964 — will turn 65 in 2011.

As this unique generation continues to age, how will the boomer identity inform their decisions? Will they resemble their parents or will they redefine this life stage in their way? How do they feel about their lives and their future? To find out, AARP commissioned a survey of boomers who will turn 65 next year.

Among the 31 percent who are employed full or part time, more than one-third (35 percent) say they have "retired" from a previous career. And when asked when they will quit work, 40 percent plan to “work until they drop.” Most leading-edge boomers plan to remain active — whether in the workplace or not — well into traditional retirement age.  More than half of these boomers say they plan to increase their travel (61 percent) and volunteerism (54 percent), and more than 4-in-10 (44 percent) plan to take classes or learn something new.