Majority of counterfeit drugs seized by U.S. Customs are for erectile dysfunction 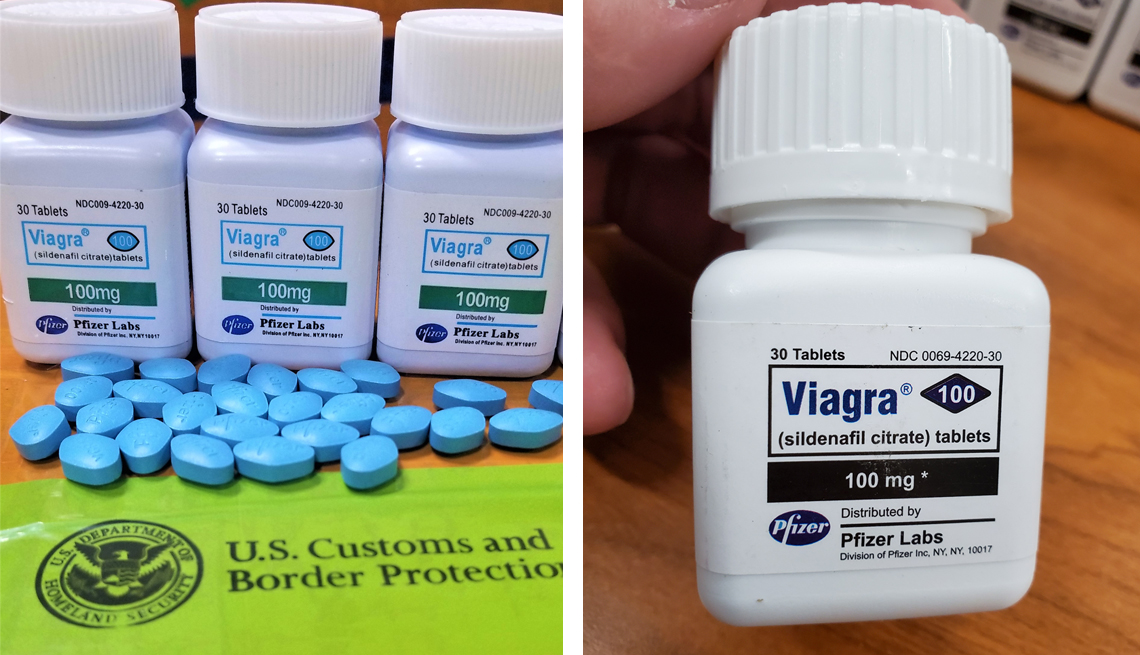 You'd be wise to talk to your doctor and ignore the hundreds of websites that purport to sell the blockbuster drug at a low cost — sometimes it's even offered free of charge — often without a prescription.

Viagra, which in the past advertised heavily on TV, but no longer does, is a well-known prescription medicine for erectile dysfunction (ED). It also has the distinction of being one of the most counterfeited drugs in the world, says its marketer, Viatris, which estimates that 30 million men in the U.S. suffer from ED.

Sketchy websites with catchy names abound: viagra-for-love.com, viagra.doctor.com and viagra-free.com, for example. The people behind the sites often operate in an underworld of drug counterfeiters, smugglers and internet sellers whose goal is to grab your attention — and your cash.

There are 650-plus sites with “Viagra” or something similar in their domain names that are labeled “not recommended” by the National Association of Boards of Pharmacy (NABP). State pharmacy regulators constitute the group, based in Mount Prospect, Illinois. 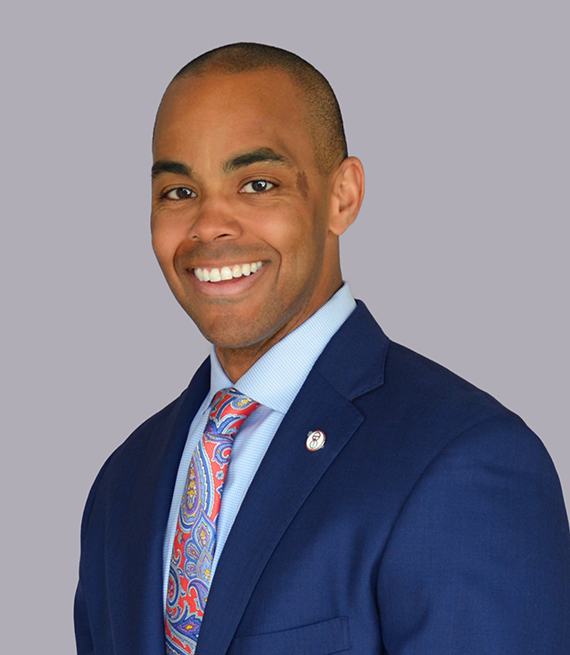 Consumers should avoid such sites at all cost, says NABP Executive Director Lemrey “Al” Carter, a pharmacist. Since federal and state officials in the U.S. rigorously regulate the supply chain for medicines, Carter says, consumers here “don't think twice about the integrity of the medications” from legitimate drugstores or health care professionals. But rogue online pharmacies exploit that confidence and “lure patients to the internet to seek lower-cost alternatives and put the patient's health and safety at risk,” he adds.

At Viatris, which markets Viagra, a spokesperson said patients are encouraged to purchase the brand-name drug or a generic with a valid prescription from a trusted national pharmacy chain.

Counterfeit drugs have caused serious injury and even death, warns Eli Lilly and Co., which makes another popular ED drug, Cialis. Global criminal networks produce and distribute counterfeit medicines of all kinds in more than 100 countries, and illicit profits in a single year have soared to many billions of dollars, the company says. 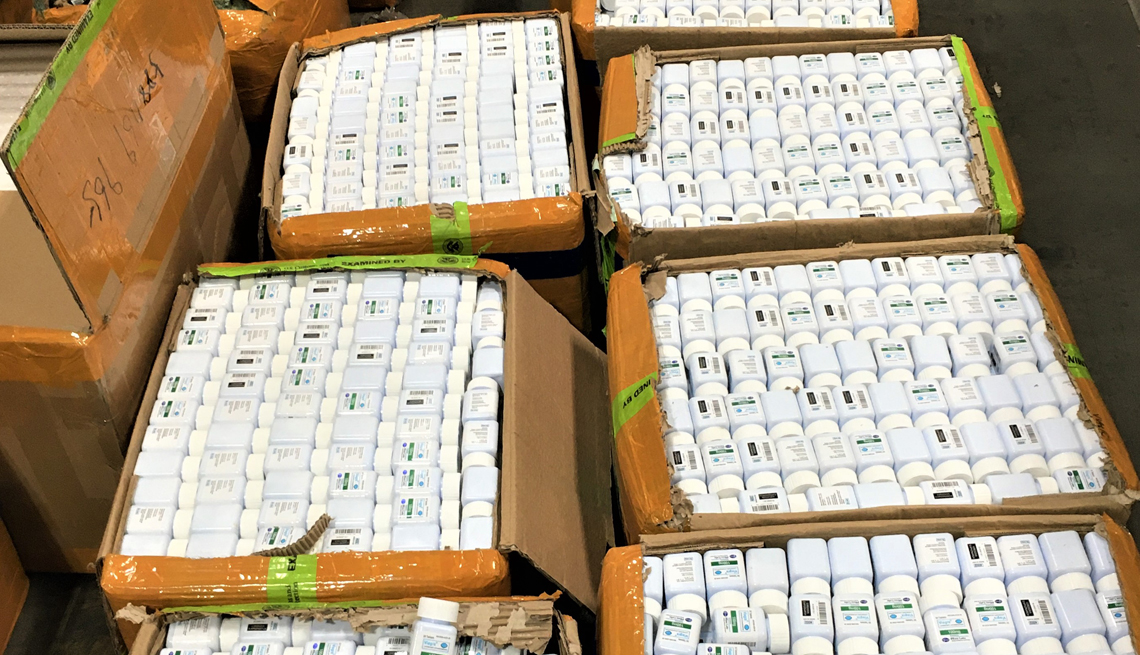 Viagra, the first oral drug in the U.S. specifically prescribed for impotency, was approved by the Food and Drug Administration in 1998; Cialis got its stamp of approval in 2003.

That means the war against phony ED drugs has been raging for years. Among recent seizures by U.S. Customs and Border Protection (CBP):

• In December, more than 1 million ED pills, some labeled Viagra, were confiscated at the Ports of Los Angeles and Long Beach in California. It was one of the largest seizures ever, a CBP spokesman says. The cache was uncovered in container cargo shipments from China.

• In May, 47,900 counterfeit Cialis pills — plus clothing, sunglasses and shoes that violated trademarks of Chanel, Christian Dior, Nike Air and other firms — were seized at those ports. All the items were from China.

• In October, 15,000 tablets marked as Viagra were seized at O'Hare International Airport along with honey laced with the drug's active ingredient. The shipment from Istanbul was bound for a Michigan residence until the illegal drugs were detected at O'Hare's international mail facility. 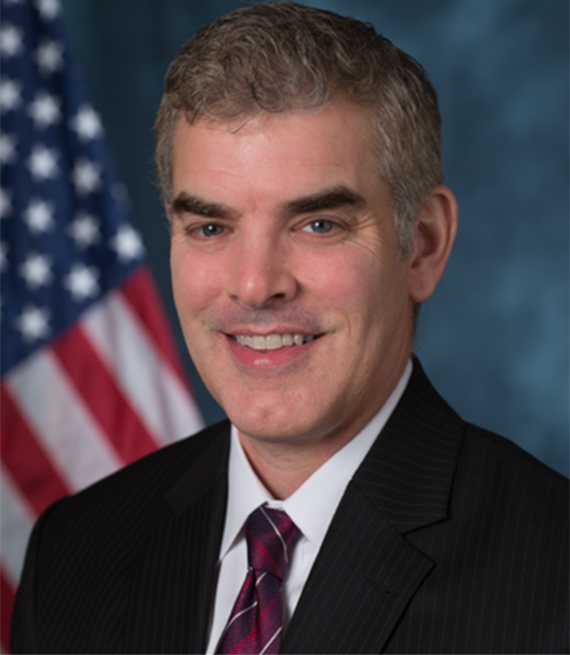 A 32-year veteran of the agency, John P. Leonard, tells AARP that the two top drugs it seizes at entry ports are Viagra and Cialis. “Those are the big ones,” says Leonard, the agency's No. 2 trade official.

Some $16.3 million in counterfeit ED drugs were confiscated by CBP in the 12 months that ended Sept. 30, and the counterfeit ED drugs accounted for about 80 cents on every dollar's worth of fake pharmaceuticals seized. Other ED medicines confiscated were Vardenafil, Levitra, Staxyn, Sildenafil, Tadalafil, Avanafil and Stendra. Other types of drugs seized include phony Botox treatments and fake medicines for cancer, cholesterol issues and depression.

For crooks, Leonard says, “it's just a way to make a buck."

A handbag can't hurt you

"The difference with the pharmaceuticals, as opposed to buying a fake Fendi or Louis Vuitton bag, is you're talking about your health,” he warns.

In the early ‘90s, the internet was relatively new to the general public. The web became a game changer, as the World Health Organization observed in 2018: “With the exponential increase in internet connectivity those engaged in the manufacture, distribution and supply of substandard and falsified medical products have gained access to a global marketplace."

The explosion in social media messaging has compounded the problem. So, buyer, beware — of fake drugs and suspicious websites, texts and pop-up ads touting pharmaceuticals.

Meantime, AARP's Fraud Watch Network Helpline, 877-908-3360, has fielded calls from consumers who thought they were buying enhancement pills or supplements and were defrauded. They included a man who responded to an ad for a product for $4.95 and was billed $89 for a second bottle. He tried to complain, but the seller's phone number was disconnected. Another man thought he was paying about $16 for shipping an enhancement supplement, but a charge of $190 showed up on his credit card.

Here's guidance to steer clear of the fakes:

• A low price doesn't mean it's smart to buy something.

• The National Association of Boards of Pharmacy (NAPB) has a website to check if an online pharmacy is safe. Legitimate sites verified by NABP have “.pharmacy” at the end of their web addresses.

• Finally, the Food and Drug Administration has a campaign and video with helpful tips.

Behind bars: Felon who trafficked in fake drugs for erectile dysfunction ordered to pay $3.6 million in restitution

A former electrician and Uber driver, 55-year-old Stefen Knoche, stands to be imprisoned for many years after he pleaded guilty to trafficking in counterfeit erectile dysfunction drugs: Viagra, Levitra, Cialis and Aurogra, which is a generic.

The Pennsylvanian admitted to authorities last year that he received vast sums of the fake drugs — including counterfeit Valium and Xanax, an anti-anxiety medication — from an overseas contact who called himself Alex. The defendant shipped the fakes on to purchasers, some of them repeat customers.

In April, he was slapped with a prison term of five years and 10 months and ordered to pay $3.6 million in restitution.

In a letter to the judge, Knoche said Alex first reached out to him in an email seeking help. Alex said his India-based company sold cellphones, laptops and GoPro cameras on some of the best-known online retailers. It's expensive to send products from India and China, Knoche quoted Alex as saying. Alex said that he would send products and the names and addresses of people in the U.S. who were to receive them and that Knoche should send them onward. At some point Alex started sending Knoche pills, one called Black Rhino and others that were “some type of ED pill.” Alex said he had a contract to ship Viagra, Cialis and other drugs from overseas, Knoche wrote.

"It was a stupid thing to do,” the defendant said in his letter. “As time went on I realized that what I was doing wasn't legit."

Court records show the crimes lasted about a year, until April 2018. Records also show the restitution is owed to the drug companies whose trademarks were stolen in the case. Knoche owes $1.99 million to Eli Lilly for trafficking in counterfeit Cialis; more than $1 million to Bayer AG for shipping fake Levitra; nearly $600,000 to Pfizer Pharmaceuticals for sending on the fake Viagra, Aurogra and Xanax; and more than $10,000 to Roche Holding/Genentech, for shipping the phony Valium. (The drug company that now markets Viagra is Viatris, Pfizer says.)

Knoche's lawyer, Ann E. Ariano, said Thursday she was not able to comment on the case. She had asked that Knoche be put on probation or sentenced to a term of home confinement. She said that Knoche has ankylosing spondylitis — a rheumatoid arthritis of the spine — and that he felt his life would be both threatened and shortened if he were imprisoned for a long time.

Today, Knoche is incarcerated at the federal prison in Fort Dix, New Jersey, with a provisional release date of May 2026, the Bureau of Prisons says.

Editor's note: This article was originally published on July 15, 2021 and has been updated to reflect Viagra no longer advertises on TV. 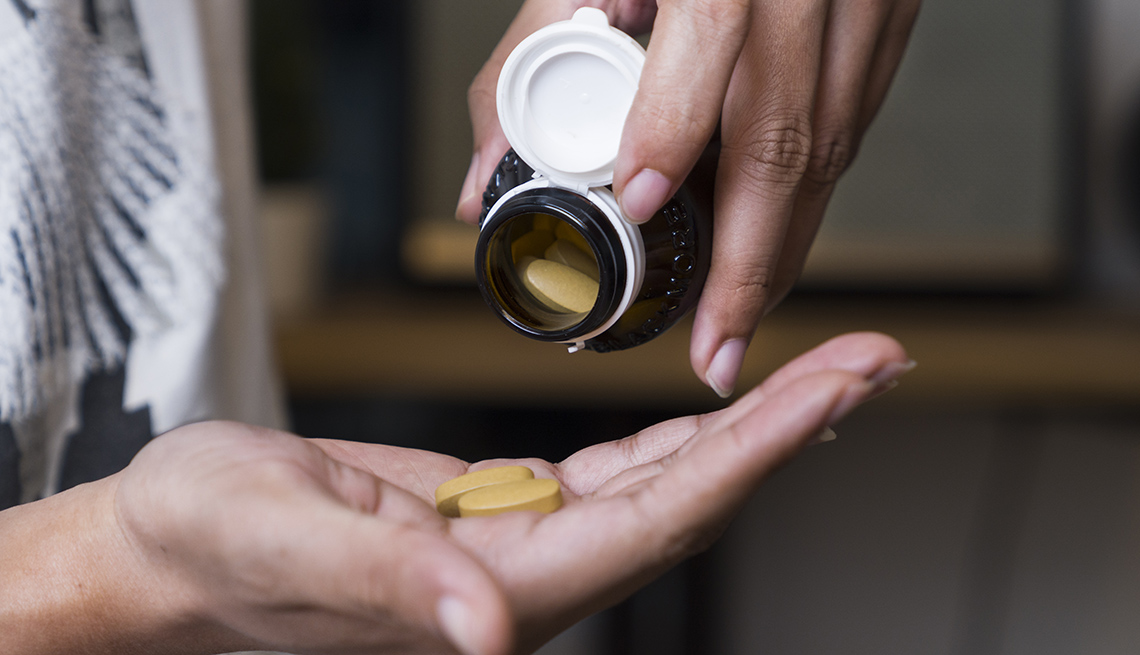 2 women in their 80s among dieters who lost money, not weight 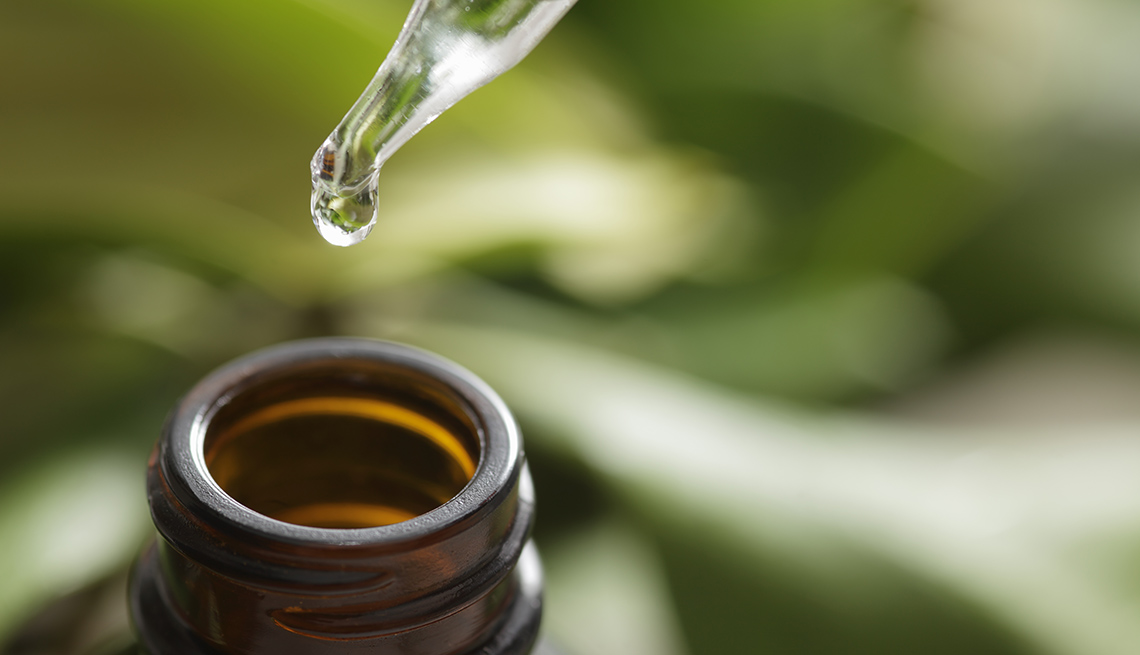 Mare's milk, chaga tea among products being hawked during pandemic 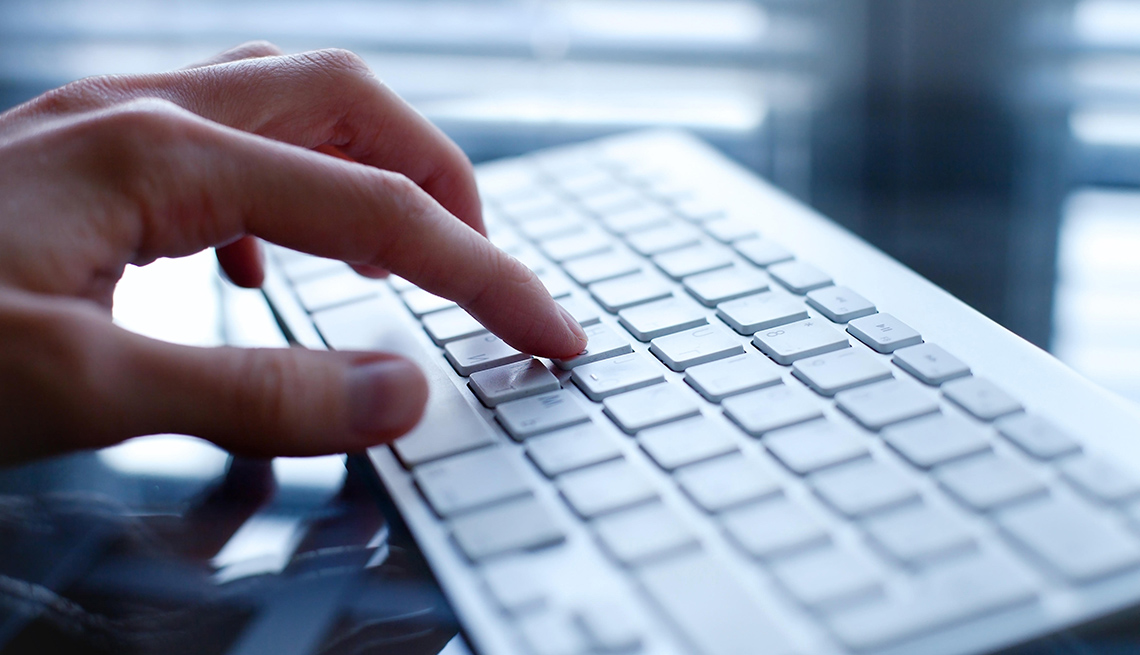 Consumers paid millions, deceived by suggestions of sex offenses and other crimes