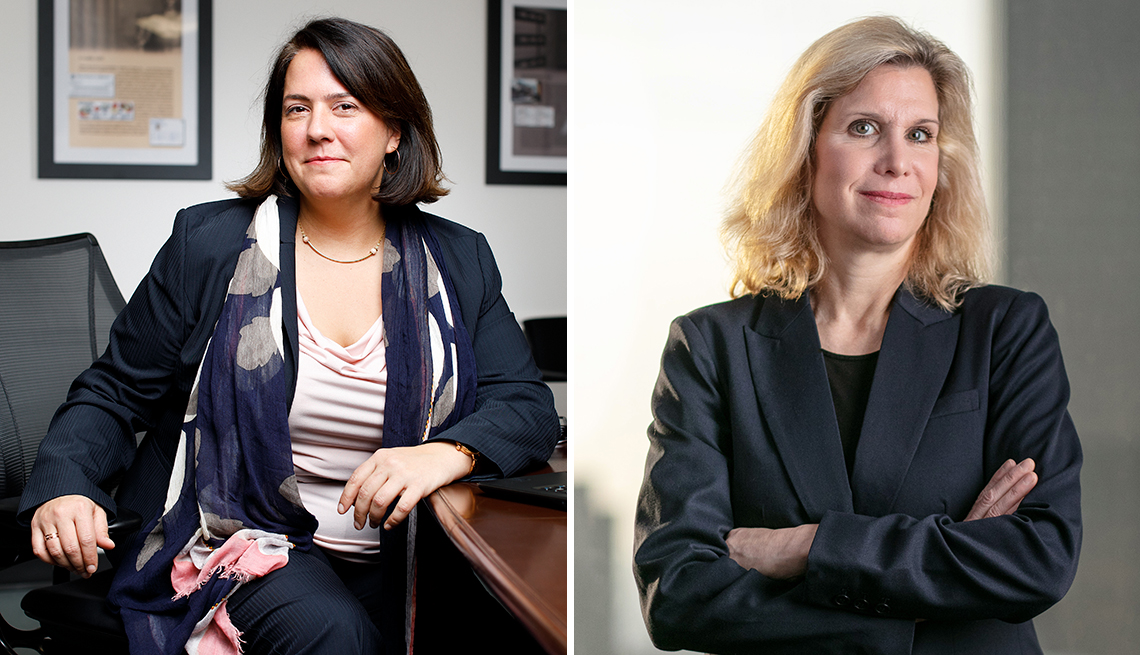 Margaret Moeser, an attorney with the Department of Justice (left), and Karen Dodge, a lawyer with the Federal Trade Commission.

Two federal litigators were honored recently for taking the lead in exposing the role of a financial service company that failed to protect older Americans from scams.

Margaret Moeser, an attorney with the Department of Justice (DOJ), and Karen Dodge, a lawyer with the Federal Trade Commission (FTC), were awarded the Samuel J. Heyman Service to America Medal by the Partnership for Public Service. The award singles out federal employees who improve the lives of Americans.

They were recognized for their roles in getting Western Union, the largest money-transfer service in the U.S., to forfeit hundreds of millions of dollars after the company was charged in federal lawsuits with failing to protect customers from scams in which people were duped into wiring money. Western Union gave up $586 million to settle the case.

The schemes often targeted older Americans, as in the notorious “grandparents scam,” in which a call recipient is told that a grandchild is in trouble or injured and needs money wired immediately.

Moeser said victims were told to drive to the nearest Western Union office and send cash. “It’s a pretty fast way to send money,” Moeser said. “People who are doing fraud schemes are interested in getting it done as fast as possible. Also, Western Union has a worldwide presence.”

Money from the settlements will go to partially reimburse fraud victims, Dodge said. The DOJ has received more than 180,000 petitions from people seeking reimbursement.

Older Americans appear to be targeted by scammers at a higher rate than others. In 2017, 52 percent of all fraud complaints received by the FTC were from people 50 and over. As part of the settlement, Western Union admitted to “willfully failing to maintain an effective anti-money laundering program and aiding and abetting wire fraud.” The company agreed to implement stringent anti-fraud measures, Dodge said.