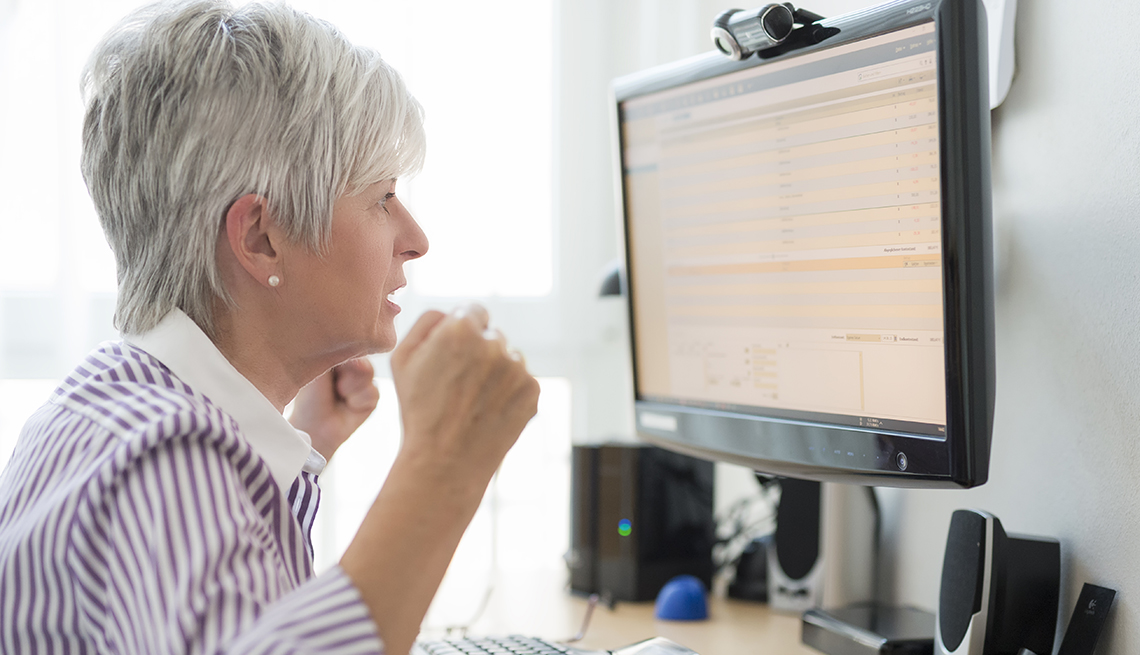 Other fraud schemes also hit the 60-plus demographic hard. They were three times more likely than adults ages 20 to 59 to be conned by impostors posing as friends or relatives. And older folks were more than twice as likely to fall for a prize, sweepstakes or lottery scam.

The alarming trends are in a report called "Protecting Older Consumers 2018-2019," issued Wednesday by the Federal Trade Commission (FTC), which is charged with protecting consumers from unfair, deceptive or fraudulent practices.

That caller could be a fraudster

In the vast majority of cases, adults age 60-plus who reported fraud in 2018 said the bad actors first reached out in a phone call.

Far less often the initial contact came through social media or an online pop-up notice; in an email; in a mailing; or after the consumer-initiated communication (by shopping online, for example).

Last year, older adults were the least likely of any age group to report losing money to fraud, the report says. Sometimes they stopped crooks in their tracks. But when bad actors were successful, they stole more from older adults, who were especially vulnerable to certain kinds of scams, including bogus tech-support.

"Unfortunately, in numerous FTC cases, older adults have been targeted or disproportionately affected by fraud,” the report states.

For victims of all ages, imposter scams were the No. 1 complaint reported to the agency in 2018. Con artists will often pretend to be with the Internal Revenue Service, Social Security Administration, or even the FTC, according to the report, which notes that the fake FTC employees typically concoct a bogus story, telling people they've won a prize, money or a grant but insisting that the money won't be handed over until a fee is paid.

During the year ending June 30, 2019, more than 100 people age 60-plus reported they had lost more than $1,000 apiece to FTC impersonators. In many cases the perpetrators contacted the victims daily, “building relationships and creating trust."

Robbed of money and peace of mind

The economic impact of losing large sums of money ranged from “difficult” to “devastating,” according to the report, which said victims felt shame and embarrassment at being scammed: “Many reported feeling a loss to their self-image as competent people with a lifetime of experience that would help them avoid being fooled.” And some victims took their losses as “proof that they were now too old to be handling their own money."

The FTC report to Congress is the agency's second annual look at how frauds and scams disproportionately hurt the growing population of older Americans. The findings are based on an analysis of nearly 3.1 million complaints last year to the FTC's Consumer Sentinel Network, which collects data from dozens of government and private entities, including the AARP Fraud Watch Network.

Not everyone who complains about fraud and scams gives his age; only about 45 percent of the last year's complaints analyzed for the report revealed the victim's age.

By far, the largest sum of money lost to crooks was sent by wire transfer. Credit cards were the second most common method used, followed by cash or cash advances, checks, gift cards or reloadable cards, and funds from a bank account. 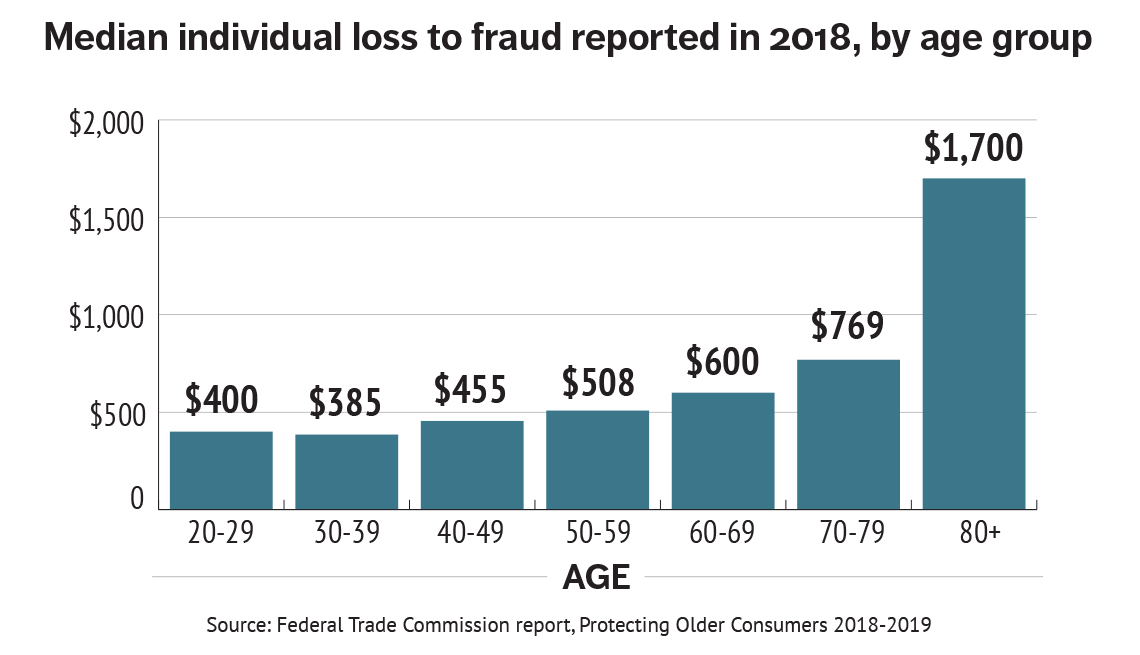 One of the report's key findings is that in 2018, people 60 and older were less likely than younger adults to report losing money to fraud. The same was true in 2017. Yet, those 60-plus lost bigger bucks than younger adults. The report says:

The FTC says the growth in losses among older people can be explained in part by differences in the types of fraud they experience. As they get older, people are more likely to be harmed by real estate and time-share resale frauds, which rake in a bigger haul than the online shopping frauds that are more heavily reported by younger consumers.