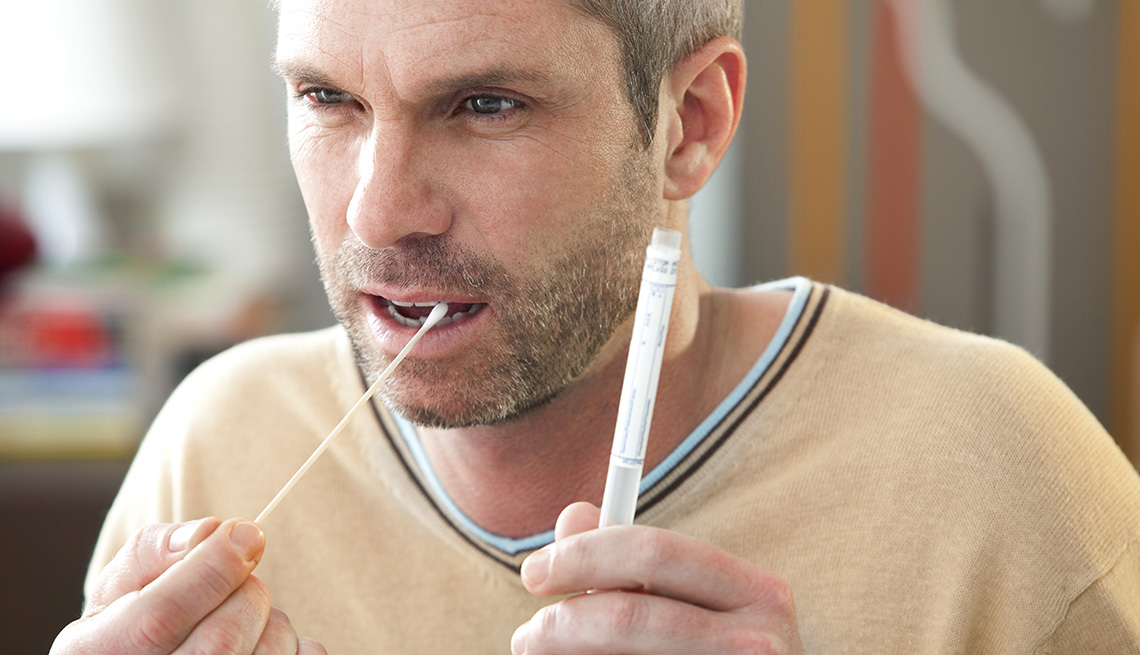 Jerry Armstrong, an IBM retiree in mountain-fringed Sonora, Calif., got a phone call out of the blue.

Did he have any direct relatives who had cancer, and would he like a free DNA test that would reveal his propensity for the disease?

Armstrong, 76, whose mother, sister and daughter suffered from cancer, never suspected that the call could be a scam.

The Californian, who was a U.S. Air Force medic in Vietnam and spent 25 years with IBM before retiring as a senior buyer, was keen to take the test.

So he gave the caller, “Andy from Florida,” his Medicare number.

A couple of weeks later, a well-packaged test kit showed up, and as directed, Armstrong swabbed the inside of his mouth twice to collect fluid samples, which he put into separate vials.

But thanks to his wife, doubts began creeping in. “She oftentimes has more of a jaundiced eye than I do,” says Armstrong, who never shipped the vials back.

Turns out, his wife was on to something, as officials in two other states, Kentucky and Nebraska, have begun issuing warnings about Medicare and Medicaid scams touting no-cost DNA swab tests for cancer.

In Kentucky, Attorney General Andy Beshear has launched an investigation after Louisville residents reported a suspicious van driving around and its occupants paying Medicaid participants $20 in exchange for a DNA sample and health insurance information, according to his spokeswoman Crystal Staley.

In a warning, Beshear said scammers were trying to steal victims’ insurance and personal information in order to be reimbursed for services that either were not provided or medically necessary.

“Kentuckians should rely on the advice of their primary care physicians — not someone who is calling them by phone or driving by in an unmarked vehicle,” he said.

In Nebraska, state officials have received multiple reports of groups going to senior centers and residential communities and assisted living facilities offering to swab people's cheeks for genetic material for purported DNA cancer checks, according to the Nebraska Department of Insurance. That occurred in multiple locations statewide, according to Peg Jasa, a spokeswoman for the department, which is alerting all other states and working with federal officials on the reports.

Bruce Ramge, department director, told the Omaha World-Herald that calls show that older people are under the impression that the cost of testing will be covered by Medicare. Department officials have heard that testing organizations are charging up to $1,000, Jasa says.

AARP's Fraud Watch Network helpline, meanwhile, has heard about 15 reports from consumers, including Armstrong in California, who revealed sensitive information for a purported DNA cancer screen, says Amy Nofziger, who directs the helpline. “This is definitely getting some traction,” she observes.

Typically, helpline callers report being told by phone that their doctor said they are eligible for the free test and if the doctor prescribes it, Medicare will foot the bill, Nofziger says.

An uptick in complaints about the so-called buccal swab tests, which involve collecting DNA from cells inside a person's cheek to screen for cancer, began after Medicare issued guidance on March 16, saying it would cover, on a national basis, a Food and Drug Administration–approved genetic test for patients with advanced cancer, Nofziger says.

Eligible patients are those with recurrent, relapsed, drug-resistant, metastatic, or stage III or IV cancer, and they must be seeking further cancer treatment, such as chemotherapy, the Centers for Medicare and Medicaid Services says.

In California, Armstrong is grateful that his skeptical wife stepped in and put the brakes on a probable scam. “In this day and age,” he says, “if someone offers you something for free, it's too good to be true."