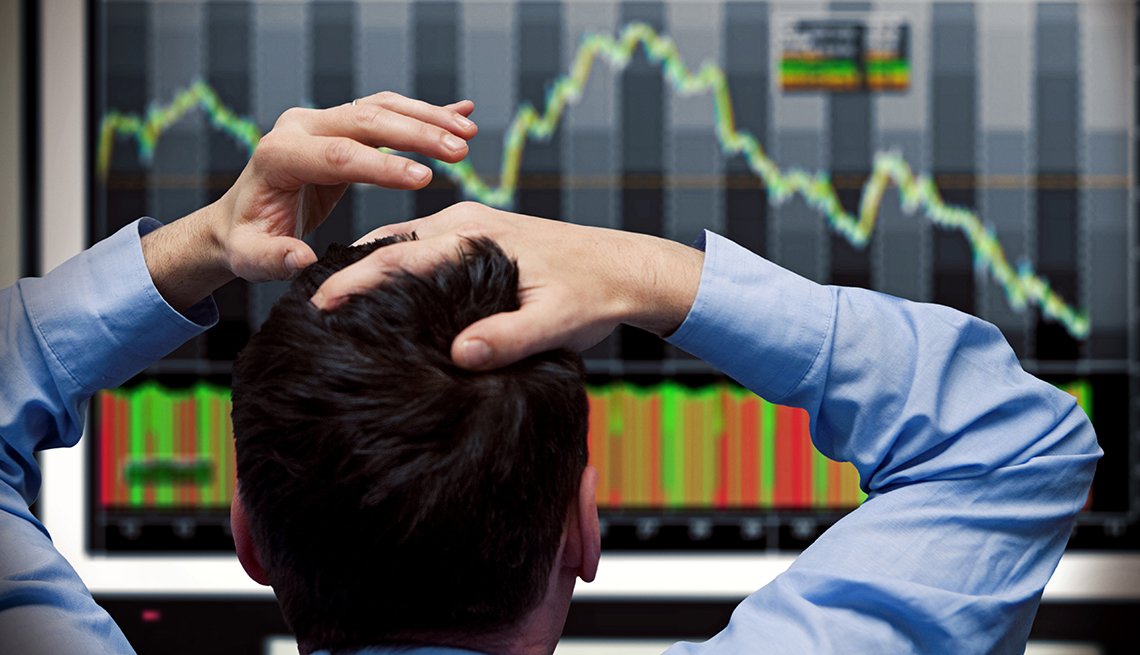 En español | It’s simply not possible to time the market perfectly, so pick an allocation you can live with.

But investing a decade ago wasn’t nearly as easy as it is today. The same total stock market fund had lost over 55 percent of its value over 17 months. In early 2009, the rampant fear was being stoked by the unraveling of long-established corporations and financial institutions. General Motors was flirting with bankruptcy, while two Wall Street bastions, Lehman Brothers and Bear Stearns, went extinct. The government enacted the Troubled Asset Relief Program (TARP) to head off other financial institution failures. Many said it signaled a new paradigm for investing.  Warren Buffett opined that the economy had fallen off a cliff.

It was a brutal time to invest, even for the professionals. Financial advisers scaled back their clients’ heavy stock positions 17 months earlier and turned to cash, timing the market poorly.  Suddenly, those risk profile questionnaires some of us took that indicated we could handle risk were dead wrong.

Despite studying and teaching markets and human investing behavior for years, I was not immune to the instinct to bail. In fact, I was in contact with some of the world’s experts on behavioral economics (a combination of economics and psychology) who were feeling exactly the same way. It was an excruciating time to be in stocks, which, as human nature would dictate, made us want to get out. Two trading days before the market bottomed on March 9, 2009, I was interviewed by CBS News saying all the right things — stocks are on sale — people should be buying. I knew what I was saying was empirically true and prudent and absolutely the course to take, but my inner monologue was not on board. It was saying, “Please let me be right. Please, please, please.” Buying stock funds between October 2008 and March 2009 was an exercise in masochism.

No one knew precisely when the market would bottom out. People asked me if I could promise the bottom was near and, of course, I told them I couldn’t. All I could say was, I’m pretty sure capitalism will survive, and let them know I rebalanced to buy more stock funds in my own portfolio.  I said, “If capitalism is ending, then I’m going down with you.”

It’s simply not possible to time the market perfectly, and few bought stocks exactly on March 9, 2009. But let’s say someone had the worst timing in the world and bought that total stock index fund on October 9, 2007, when the market peaked. Let’s also assume they had the courage to do nothing. The $10,000 investment would be worth $22,760 today, a respectable 7.5 percent annualized return. Even that 55 percent plunge doesn’t look so bad with a little more perspective. The numbers support the saying that “time in the market is more important than timing the market.”

Odds are very low that the bull will continue for a second decade, and a bear is likely. We know that logically, yet research shows we tend to extrapolate the recent past and expect it to continue. Our memories are short, and the pain we felt a decade ago is long forgotten. Though I keep hearing “that can’t happen again,” it absolutely can. I was reminding readers a decade ago that bad times don’t last forever, and now I’m reminding that good times don’t either.

Keep in mind that you are now 10 years older and have less time for stocks to recover. Also, stocks may not recover as quickly after the next plunge. So here’s some advice for the next 10 years. Pick an asset allocation of stocks that you can live with and supplement it with boring bonds or bond funds or CDs. Don’t be so sure you have such a high-risk tolerance. Ask yourself how your lifestyle would change if stocks lost 50 percent or more and took over a decade to recover. When stocks do plunge, sell some of those boring bonds to buy more stocks, because it’s much better to buy when stocks are on sale.