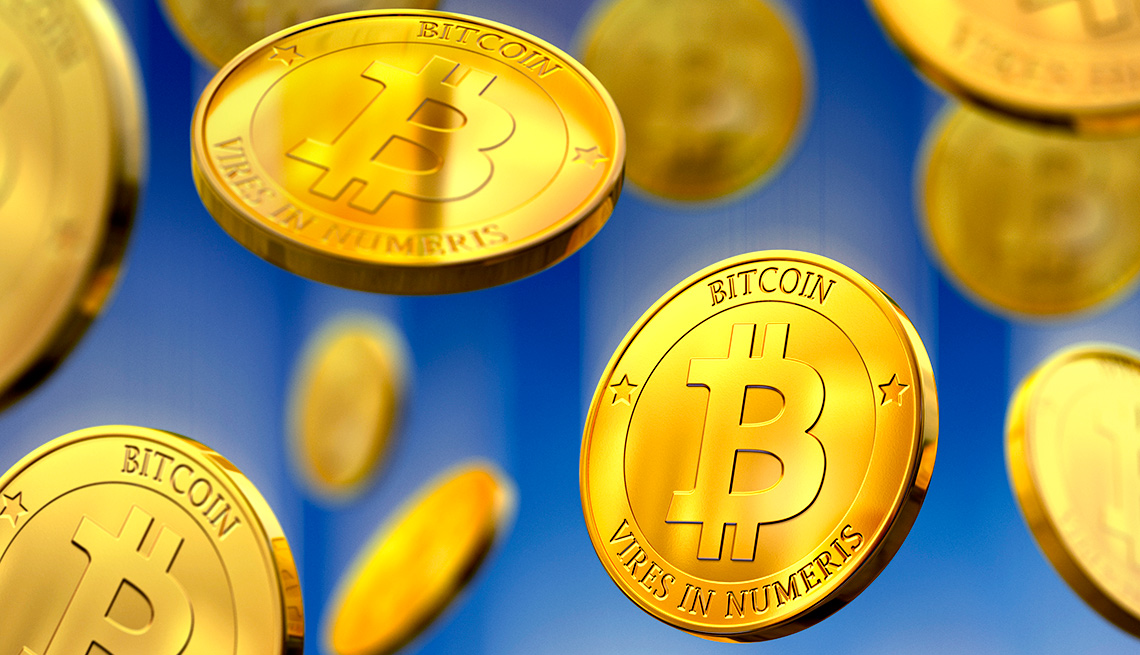 You've probably heard the buzz about bitcoin — but is it worth making the mysterious cryptocurrency a part of your investment strategy?

I just bought a little bitcoin. Should you?

As a financial planner, I’m being asked more and more about bitcoin. While bitcoin is complex and a specialty in itself, let me unpack the basics and offer my take on whether you should consider using bitcoin as a currency or investment.

Bitcoin is a digital currency created in 2009 that can be thought of as cash for the internet. It is the most popular of the digital currencies also known as cryptocurrencies. Cryptocurrency uses cryptography as security for transactions and to control the creation of additional currency. Unlike conventional paper currency issued by governments, bitcoin has a limited supply that will not exceed 21 million bitcoins, at least in our lifetime. This scarcity is one component to create value.

Why has bitcoin become such a big deal?

According to Coindesk.com, one bitcoin could be purchased for about $13.41 at the end of 2012. As of Oct. 2, 2017, a bitcoin was worth $4,348, which is actually below its high of just over $5,000 this year. It began the year worth about $968. The value of all bitcoin currently in circulation is just over $73 billion. To put it in perspective, that’s more than the value of General Motors. Other cryptocurrencies such as ethereum, which has a value of over $28 billion, have also become popular.

How do you buy bitcoin?

Though there are several ways to purchase bitcoin, the simplest may be downloading software called a bitcoin wallet to your smartphone or through a web-based product such as Coinbase, which says it has served 10.6 million customers. Reuben Bramanathan, product counsel at Coinbase, says you sign up for an account on the web or by downloading a smartphone app. You then link your account to your bank account or credit card, and you are set to buy.

What are the costs?

Bramanathan says a buyer typically pays a 1.5 percent commission as long as the transaction is for at least $200 and the buyer is linking to a bank account. Commissions are 4 percent if using credit cards. In addition, there are spreads of as much as 0.5 percent between the price you buy and the spot price. These costs are the same when you sell bitcoin. So it could cost up to 4 percent to both buy and sell bitcoin. There are no costs to hold it, however.

It took about 10 minutes for me to open an account and buy $200 of bitcoin. The commissions and spreads were transparent and exactly as described by Bramanathan. I am now in the world of digital currency, owning a whopping 0.0468 bitcoin.

What are the risks?

Bitcoin’s price is extremely volatile. What goes up fast can plummet just as fast. That’s not to say it will, but it certainly can. If bitcoin becomes widely accepted globally, the value could further skyrocket. On the other hand, if bitcoin doesn’t gain more acceptance, then the value could be grossly overstated.

A second risk: security. Bitcoin is vulnerable to hacking, and millions of dollars’ worth of bitcoin have been hacked, according to Forbes. As with credit cards and bank accounts, you want to keep your system secure. You could also lose your private key, which is necessary to access your bitcoin. This is similar to hiding your cash and forgetting where you hid it.

What are the rewards?

The future of bitcoin is bright, according to Rafael Carmona Toscano, a private investor who has been studying cryptocurrency and accumulating bitcoin since 2013, first by mining bitcoin and later purchasing bitcoin.

“Bitcoin is a bank for the unbankable,” says Toscano, referring to the fact that many people around the world don’t have bank accounts and that this solves an enormous problem for them. Bramanathan agrees and sees digital currencies flourishing in the future.

While I wish I had a time machine to buy bitcoin back in 2012 or to see how much they will be worth in 2023, I don’t. JPMorgan CEO Jamie Dimon recently slammed  bitcoin as a fraud, saying "it's just not a real thing; eventually it will be closed." Dimon compared it to tulip mania — the contract prices for tulip bulbs that reached extraordinarily high levels before collapsing in 1637.

I don’t know if Dimon or Kelly is right. It may be that the answer lies somewhere between. And even if digital currency does replace paper money issued by governments, perhaps it will be one other than bitcoin. There are already over a thousand cryptocurrencies in existence, with 12 (including bitcoin) having a market value over $1 billion.

What I do know is that bitcoin is likely to continue to be volatile. This means two things:

1) You don’t want to use it as a currency to buy things, because money you need in the near term should not be in volatile assets.

2) If you do want to use bitcoin as an investment, keep it small relative to your net worth — perhaps no more than 2 percent of your net worth. And be prepared to lose it all — a distinct possibility.

Personally, though I made my tiny purchase as research for this article, I would never say I’ll never do it again.