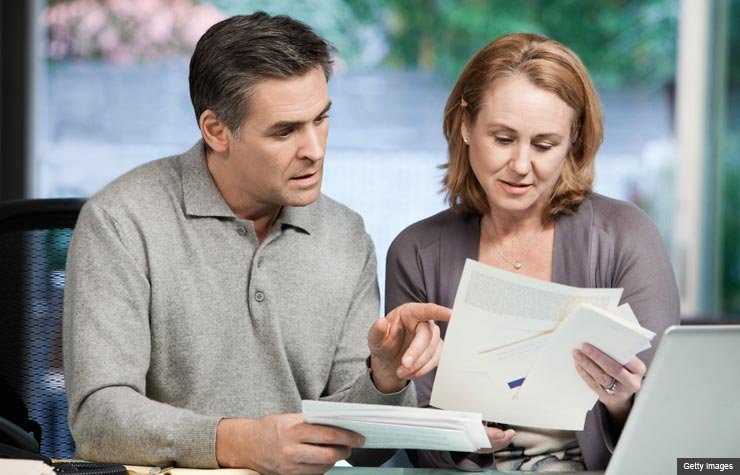 Your 50s are prime time to pay down nondeductible debt. That means car loans, credit cards and lingering student or personal loans.

Where do you stand, financially speaking, compared with your peers?

Are you making more than your college classmates? How do your saving and spending patterns stack up against those of the rest of your generation? We’re forever asking such questions.

“Our brains are comparison machines, always tuned in to relative differences,” says social psychologist Heidi Grant Halvorson, coauthor of Focus: Use Different Ways of Seeing the World for Success and Influence.

Trouble is, comparing can get discouraging. So don’t get hung up on what might have been. Instead, Halvorson says, “look at people who are doing it right  —  or at least better. Don’t think ‘How good am I at this?’ Think ‘How can I get better?’ ”

The tips on the next pages will help you do just that, walking you through the big financial questions you’ll face in the next 10 years of your life. It’s a pocket guide to your money in your 50s: how to maximize your income, rethink your investments, spend smarter and save more, starting right now. 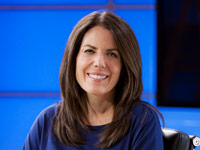 Financial expert Jean Chatzky is a regular contributor to AARP The Magazine and AARP.org. Read Jean's articles, watch her money tips videos and learn more about how to save more and spend less at aarp.org/jeanchatzky.

Also, be sure to make use of AARP's suite of interactive Money Tools — including the AARP Retirement Calculator and the Social Security Benefits Calculator — at aarp.org/tools.

The Plan for What You Owe (and Own) 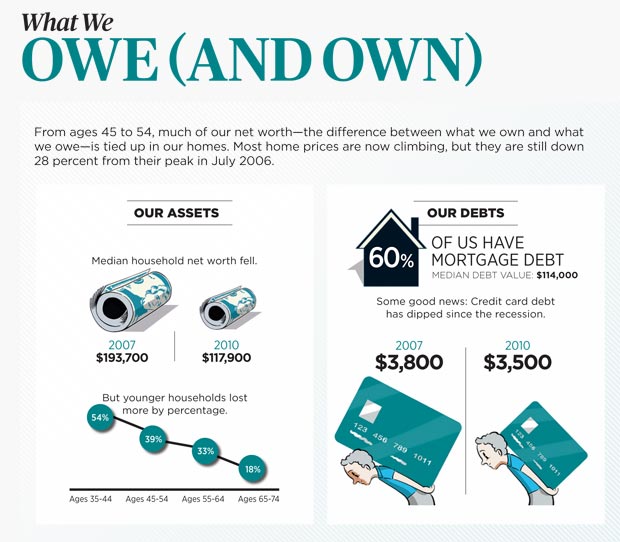 Expert advice: Don’t pay off the house at the expense of retirement saving. You may end up with no mortgage but zero cash.

Your 50s are prime time to pay down nondeductible debt. That means car loans, credit cards and lingering student or personal loans.

Why now? At this stage, you’re most likely to have the resources to clear the decks. You’ll get the biggest bang for each individual buck by paying off the highest interest-rate debt in your portfolio first, while making minimum payments on the remainder. It’s called the avalanche method, and it gets you out of debt cheapest and fastest.

If you have a credit card charging you 19 percent interest and a car loan at 4.1 percent, throw every extra dollar you have at the higher rate. Once the highest interest-rate debt is retired, move on to the next highest. (To run your own debt-free calculation, try the Credit Card Avalanche Calculator at JeanChatzky.com.)

You can speed your debt-free quest by reducing interest rates where possible.

In June, the average rate on a 48-month new car loan was 2.57 percent, per Bankrate.com; for a used car, it was 2.7 percent. The Capital One Platinum Prestige credit card is offering zero percent interest through September 2014, while Discover’s new “it” card touts zero percent for 14 months. You’ll likely need a credit score over 720 to qualify for such rates.

Coming up short? Pay your bills on time, use no more than 10 to 30 percent of your available credit and don’t close old credit cards.

3. Make a move on your mortgage

It’s easier to sleep when the roof over your head isn’t going anywhere.

“The happiest clients are the ones who go into retirement completely debt-free, including the mortgage,” says financial planner Bill Losey, author of Retire in a Weekend.

If your interest rate is 4.5 percent or higher (as of December 2012, 45 percent of the nation’s first mortgages have interest rates above 5 percent, according to CoreLogic), consider refinancing, says Keith Gumbinger of mortgage-information website HSH.com.

Act fast, as rates have been rising (the average rate on a 30-year fixed-rate loan topped 4 percent nationally in June). For timing purposes, a 15-year loan is better than a 30, but payments will be significantly higher. You can turn a 30-year loan into a 23-year loan just by making one extra payment each year. But don’t pay off the house at the expense of retirement saving. “You may end up with no mortgage but zero cash,” Gumbinger warns. “That’s foolhardy.” 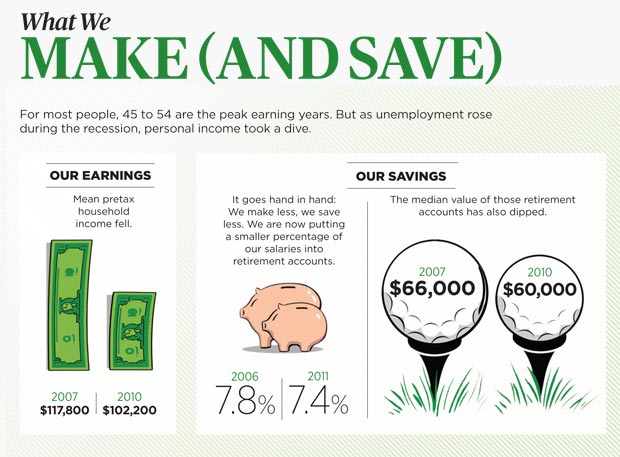 The Plan For What You Make And Save

Yes, these are supposed to be the prime earning years. If your current paycheck isn’t living up to its end of the bargain and a raise isn’t likely this year, think about adding part-time work: Even modest income gains at this point add up over time.

Say you started investing an extra $200 a month in a diversified portfolio earning 8 percent annually. By 70, that could be over $100,000 in your retirement coffers.

Only a third of employees used career-development benefits and training, according to the “Cornerstone OnDemand 2013 U.S. Employee Report.” That’s a huge missed opportunity, especially at this age.

Even if you don’t plan on switching jobs, use those professional-development perks to meet new people and pick up skills, says career coach Nancy Collamer. In her book, Second-Act Careers, Collamer touts using your expertise to develop multiple streams of income. “It used to be that experts had one option, going to work at a college as an adjunct [professor],” she says. “Today there’s consulting, teaching, coaching, training.”

But in order to do that, you have to build your personal brand. Start now. Volunteer to speak on panels. Network professionally on LinkedIn. Launch your own blog.

3. Or prep your second act

One in four Americans ages 44 to 70 envisions being an entrepreneur, according to the Small Business Administration. If you’re one of them, get on it while your career is still active.

“Start part-time at least three to five years before you retire,” says planner Losey. “Do it in the evenings and on weekends. If it’s profitable by the time you retire, keep it going.”

4. Max out to play catch-up

Make those IRA contributions easier by signing up to have them debited from your checking account automatically. 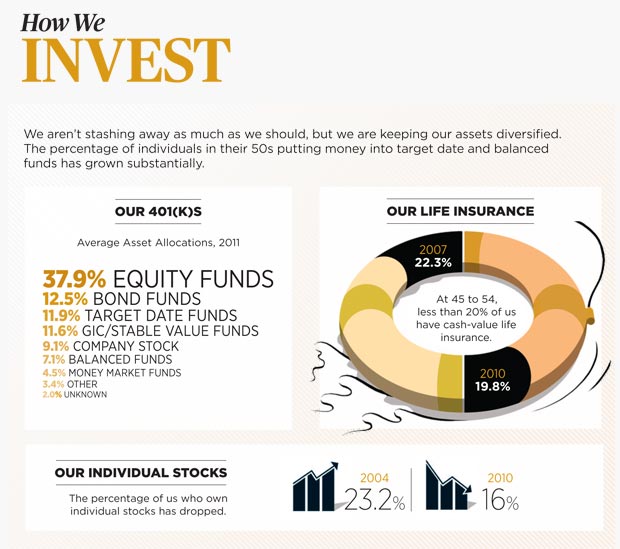 The Plan For How You Invest

To see if you’re on track, put a retirement calculator through its paces (try AARP’s at aarp.org/retirementcalculator).

Among the assumptions behind these figures: You’ll get a 1.5 percent raise and grow your portfolio by 5.5 percent annually, retire at 67 and live to 92. It also assumes replacing 85 percent of preretirement income.

If you’re off track, adjust, says Beth McHugh, vice president of Fidelity Investments. Could you delay retirement? Live on a little less? Work part-time? Find out now. “The closer you get to retirement, the harder it is to close the gap.”

At least once a year you should rebalance your holdings so that you have the appropriate amount in stocks, bonds and cash (as well as all of their subcategories) for your age and risk tolerance.

If you don’t rebalance, it’s time to stop pretending that you ever will. Put your money in a fund that will do that for you: a target date retirement fund, which automatically transitions from stocks to bonds as retirement looms.

The Employee Benefit Research Institute’s Jack VanDerhei looked at the mix of assets in 24 million retirement plan accounts prior to the 2008 crash and found that 25 percent of people ages 45 to 54 and about 22 percent of those 55 to 64 had at least 90 percent of their assets in stocks, and twice that many had at least 70 percent in stocks. If they’d been in target date funds, they would have lost considerably less.

If at this point you’re sensing that your financial life isn’t under control, raise the white flag. A good financial planner can help you determine (a) where you want to go and (b) how to get there. Find one through the Financial Planning Association (FPAnet.org) or the National Association of Personal Financial Advisors (NAPFA.org).

The Plan For How You Spend 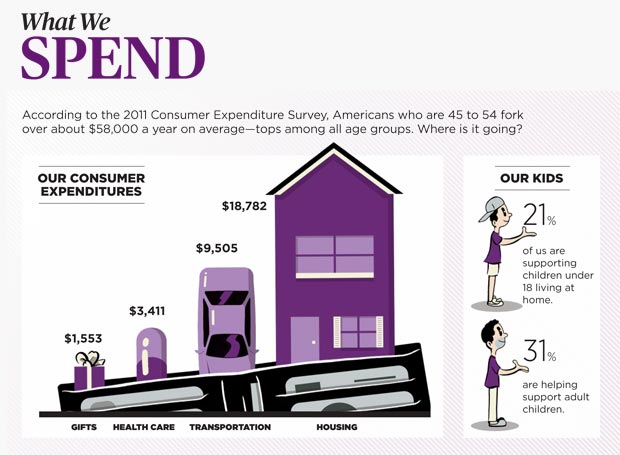 If you’re sending a child to college soon, note that a year at a four-year college averages about $22,000, more than twice the average a few decades ago.

To avoid sabotaging your retirement, says Maryland financial planner Tim Maurer, study ways to bring costs down. Mix two years at a community college and two years at a state university; apply for financial aid and scholarships; float the idea of living at home.

“If you live at home and go to a state university, you can get a four-year degree for the cost of the first semester at Harvard,” Maurer says.

Maybe you’ve had the same life insurance since you bought your first house or had a baby. Now your mortgage is almost paid off and that baby is 6 feet 2. It’s time to think about how much longer you’ll need the coverage. If it is more than a few years (or beyond the expiration of your current level term policy), you might want to act soon, says Stephen Rothschild of the LIFE Foundation.

The younger and healthier you are when you shop for a new 10-year or 20-year level term policy, the better the rate. If you’re no longer healthy or want to keep the coverage forever (perhaps to provide for a special-needs child), look into converting your current term life coverage to whole life, which is more expensive but includes an investment component; no new physical will be required.

To better judge your needs, run your numbers though a life insurance calculator, such as the AARP Life Insurance Calculator.

Considering long-term care insurance? Buy it now. These policies can work for people worth more than $500,000 (not including a house) — which is too much to easily spend down to qualify for Medicaid, but less than the $3 million it would take to fund their own continuing care.

You’re less likely to be rejected for health reasons if you apply now. Premiums will be lower, too: Think at least $150 each a month for a couple at 50 for a policy that pays $200 daily for three years, with inflation coverage. The median cost of a year of nursing-facility care is now $76,000; in 30 years it could be $300,000.