Tapping Your Home’s Value for Cash​​

​​A rising real estate market allows you to borrow more 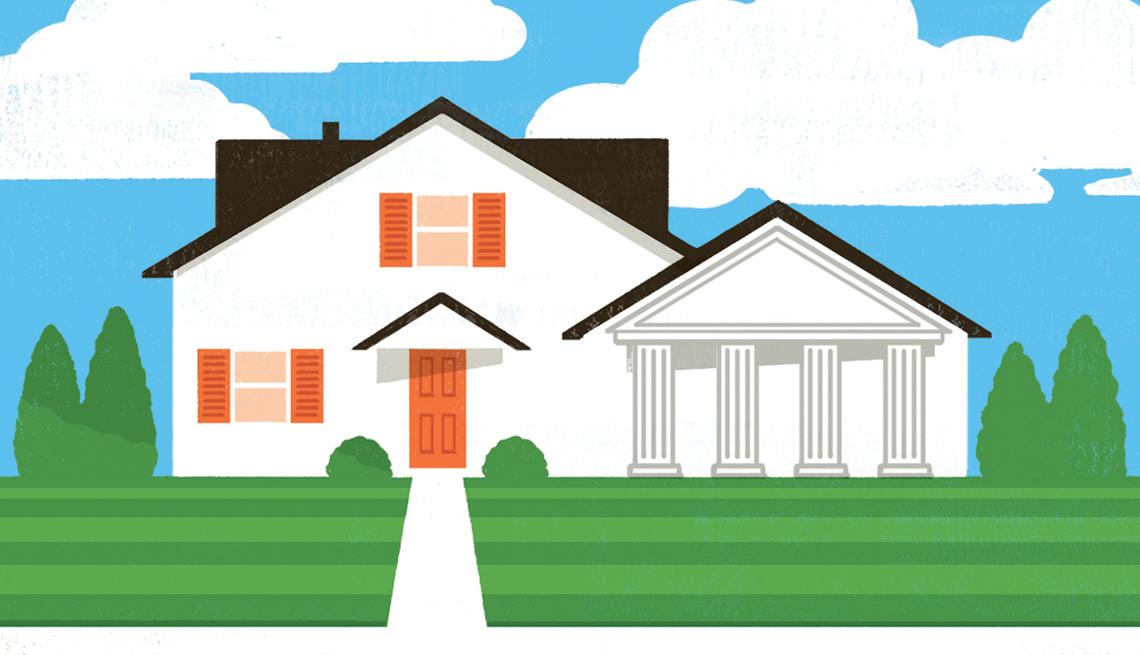 If you own a home, you have probably made money just sitting around since early last year. Amid a real estate boom fueled partly by the pandemic, the amount of equity people held in their homes rose almost 20 percent over the 12 months ending in March. That averages $33,400 per home, according to CoreLogic, a research firm. And values have gone up from there. ​But while your home’s value has been going up, so have everyday costs. Plus, many workers have seen a decline in their earnings. One possible response? Tapping into your home’s rising value for cash. ​

You can’t withdraw money from a home like you can from a bank, though; you’ll need to take out a loan, which will have to be repaid. But with interest rates near historic lows, borrowing against your home can be a good idea, says Pittsburgh financial planner Diane ​Pearson — as long as you match the right loan to the right purpose and, realistically, will be able to pay the money back. Here are some pointers. ​

Some solid reasons to borrow against your house include paying for home improvements, long-term care or long-term care insurance premiums, and raising cash so you can stay in a home you aren’t ready to leave. Some financial pros also suggest using home equity to pay for college tuition or a second home, though there are other ways to pay for those without putting your house on the line.​

It’s generally not a good idea to borrow against your house to pay off unsecured debt such as credit card balances or medical bills. Doing so, should you run into trouble, puts your home at risk for debts that could other­wise be discharged in bankruptcy. And while you can tap your home for everyday expenses if you’re house-rich and cash-poor, that takes away equity that you may need for care later in life or may want to leave to your kids. ​

Be honest with yourself about whether you can afford the loan. All of your monthly debt payments (nonhousing loans included) should total no more than 36 percent of your gross monthly income. If you are retired and your loan payments would require you to increase the pace at which you pull money out of a tax-deferred retirement account, borrowing is harder to justify, Pearson says. Unless you have plenty of money for future spending, can take the tax hit and have a long-term goal, such as fixing up a house you intend to sell later on, you shouldn’t be depleting your retirement funds to spend now.​

And before you call your banker, know that the same price run-up that is building your home’s resale value has caused some disruption in the loan market. Home appraisers, exercising caution as prices rise rapidly, have been valuing homes at less than what owners and buyers think their homes are worth, reports Amy Irvine, a financial adviser who works in Corning, New York, and Parrish, Florida. She is finding that home resales are coming in about $20,000 to $30,000 above asking prices and appraised values. That means both new buyers and refinancing owners will be able to borrow less than a higher appraisal would allow.​

That could keep you from borrowing as much as you would like, but it should also protect you from the worst outcomes of the financial crisis of more than a decade ago. “People took out equity — and boom, the market corrected,” Irvine recalls. “And boom, people were underwater.” ​Home prices could fall, of course, especially in overheated areas. So there’s much to be said for just sitting on your new equity, especially if you have no immediate need for cash. ​

Over the long term, the cheapest way to borrow against your house is with a traditional fixed-rate mortgage, especially when rates are low. In the March issue, I wrote about how to do that and save for retirement expenses. But that does put you on the hook to repay a large sum of money with monthly payments over many years — or until you sell your home. ​A home equity line of credit (HELOC) can be an easier and more convenient way to borrow smaller sums for a single need, like a home improvement or a car. But because the rates on most of those loans are variable, you could end up owing a lot more if rates rise.​

If you watch TV, you’ve probably seen pitches for reverse mortgages — loans against your home that don’t have to be repaid until after you no longer occupy it. All that marketing is a tip-off that these are a more expensive way to borrow. To get a reverse mortgage of about $165,000, you’ll pay in the neighborhood of $15,000 in closing costs, according to the National Reverse Mortgage Lenders Association’s online calculator. (The closing costs of a refinancing, to make a comparison, average less than $4,000 in most states, according to ClosingCorp, which collects those figures.) ​You can take the proceeds of a reverse mortgage in various ways, such as a lump sum or a line of credit you draw on only as needed. Pearson suggests that the best use of a reverse mortgage may be if a married couple own a home and one of them needs assisted living or nursing home care and the other wants to stay in the house. That couple could use the proceeds to pay for care, either away from or in the home. ​

But the balance due on a reverse mortgage grows, and if you hold one for a long time, it could eat away at your equity, leaving you (and your heirs) with a diminished estate.​ Bottom line? Your new home equity is real and it’s spendable. But it’s not free.​

Linda Stern, former Wall Street editor for Reuters, has been covering personal finance since the 1980s.