How to Read Your Medical Bill

Follow these steps to spot common errors and avoid overpaying 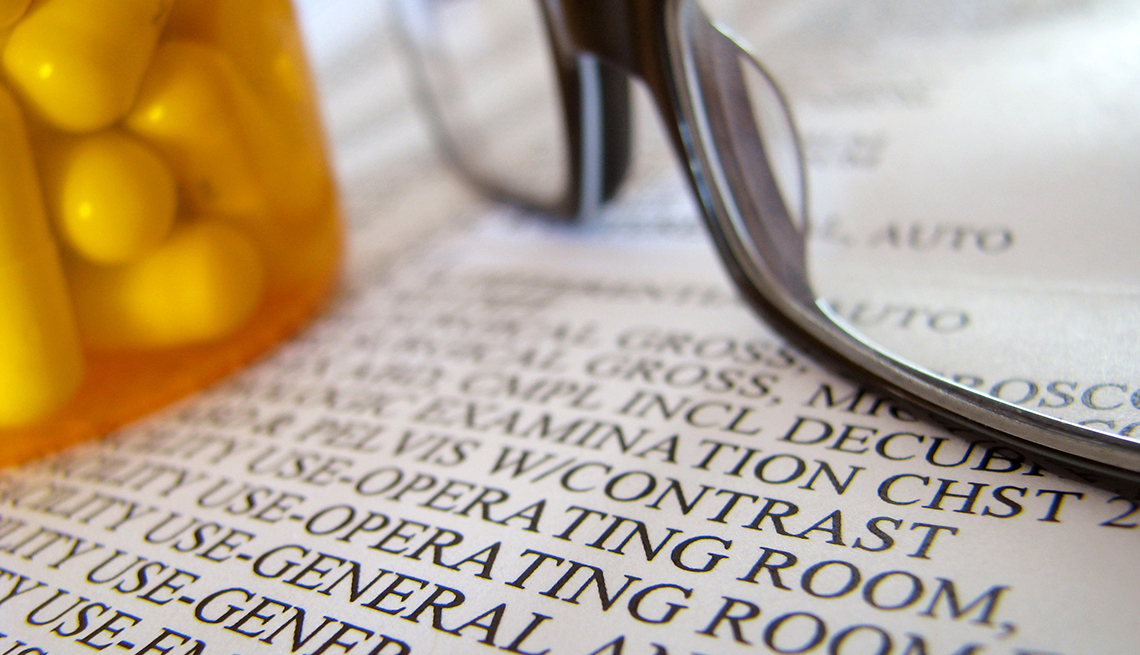 Understanding your medical bill is often no simple matter. Most are filled with specialized terminology, confusing acronyms and indecipherable numerical codes. In one survey, 60.5 percent of respondents rated their medical bills as confusing or very confusing.

The nonprofit Patient Advocate Foundation estimates that about half of all medical bills contain incorrect charges, wrongly denied claims or surprise fees. “They may charge you for the wrong service or charge you twice for the same service or say you had an ibuprofen when you didn’t,” says Caitlin Donovan, spokesperson for the organization. Spotting an error can save you thousands of dollars, she adds. “That’s why it’s so important to scrutinize your bill.”

In addition, many medical providers don’t include an itemized list of charges when they first bill you, especially for a hospital visit. Instead they lump all the charges together in what's called a “summary” bill, with a “total due” at the bottom. And some initial statements don’t factor in payments from Medicare or your insurance company, which could give you the impression that you owe more than you do.

Take these steps to understand your medical bill, spot costly errors and avoid paying too much.

If your bill does not include a detailed list of charges, call the doctor's or hospital's billing office and ask for an itemized invoice. That's the only way to make sure you're being charged just for services you received.

Get an itemized statement

If your bill does not include a detailed list of charges, call the doctor’s or hospital’s billing office and ask for an itemized invoice. That’s the only way to make sure you’re being charged just for services you received, explains Pat Palmer, cofounder and chief executive officer of Beacon HCI, which helps employers and other health care payers identify billing errors and reduce costs.

Remember that you may receive additional statements from physicians, surgeons or specialists such as anesthesiologists, radiologists and pathologists who are not employees of the hospital or facility where you were treated. Request itemized bills from those providers, as well.

Make sure your name, address and other personal information on the bill are correct, and verify your health insurance information. If this information is wrong, it can lead to a claim denial.

If your bill includes an “adjustment” or a “plan discount,” that’s the difference between the full fee a doctor or facility charges for a service and the rate negotiated by your insurance company.

The “insurance payment” or “plan payment” shows what portion of the charges your insurance company has paid. If no payments appear here, your plan may not yet have paid what it owes — check with your insurer before paying the amount listed as due.

Every medical procedure has a corresponding five-digit code. These numerical systems, called Current Procedural Terminology (CPT) for insurance and the Healthcare Common Procedure Coding System (HCPCS) for Medicare, determine how much your provider will be paid.

“If the description of something is unclear or a charge seems excessive, you can type the code into Google to get a good idea of what it is,” Palmer says. Online cost-comparison tools from FAIR Health and Healthcare Bluebook will give you an estimate of typical charges in your area for specific codes.

Compare with your EOB or MSN

Every medical procedure or visit will show up on an explanation of benefits (EOB) from your insurance company or a Medicare Summary Notice (MSN). These list the services performed, what the doctor or hospital charged, what your insurance company or Medicare paid, and what you owe. Make sure the dates and codes on that statement match the bills you receive from medical providers.

Here are some of the most frequent billing mistakes.

Be on the lookout, too, for billing irregularities that could be signs of fraud. These can include upcoding (listing the CPT code for a more expensive procedure or service than was performed) and unbundling (charging individually for related services typically billed under a single code — for example, incision and stitching for a surgery). If you suspect billing fraud, contact your insurer's anti-fraud office.