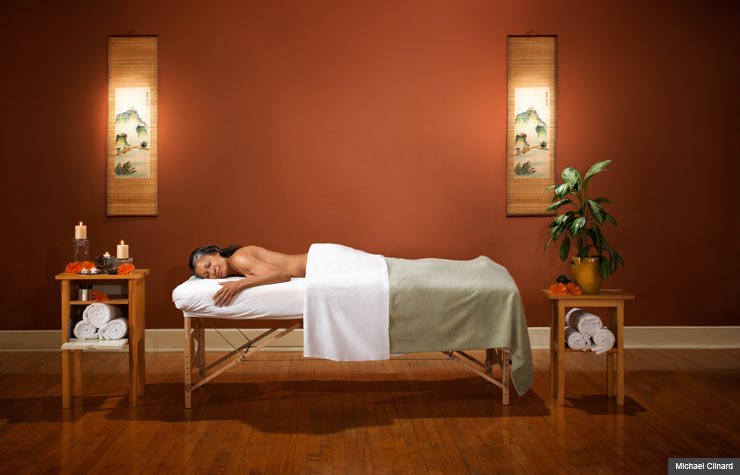 Consumers should be careful with long-term "memberships" to gyms, salons and massage studios.

A trip to the massage studio is supposed to leave you refreshed. But that's not how AARP member Teri Weaver of Clarksburg, Md., felt after her encounter with feel-good franchise Massage Envy.

Weaver, 66, redeemed a birthday gift certificate for a one-hour treatment at her local Massage Envy in Germantown. Post-rubdown, Weaver got the hard sell for a $708 annual contract of monthly treatments, and she went for it. "I don't know whether I was too relaxed after the massage to guard against a sales pitch or what," she recalls. "I should have known better. Besides, I was left with the impression that I could cancel if I wanted."

Looking for a challenge? Try our free online games

Weaver tried to do just that about two weeks later. But when she tried to cancel the contract, the shop said she'd still be billed for the entire year. She could void the contract only with a doctor's order or if she moved more than 25 miles away from a Massage Envy location. Weaver didn't want to pay for services she'd never use, so she contacted On Your Side.

Many consumer agreements include fees for early cancellation. Often the fees cover start-up costs or equipment such as a cellphone or cable box. Frequently, though, the charges are purely punitive disincentives.

Massage Envy's limited cancellation policy, which is part of the standard contract the company provides to franchises, requires contractees to pay 100 percent of the remaining contract amount. We contacted the firm's Arizona headquarters but were shuttled to its Florida-based PR firm, Fish Consulting. After hearing Weaver's story, firm CEO Lorne Fisher conferred with Massage Envy management, which agreed to stop billing Weaver for the remaining contract and refunded her for the months she had already been charged.

While Massage Envy's no-cancellation provision is not illegal, Teri Weaver's knotty dilemma should serve as a warning for anyone who is considering a similar long-term commitment, commonly offered as "memberships" by gyms, nail salons and, of course, massage studios. When you put your name on the last line of such agreements, you're essentially giving up your leverage as a consumer if you receive poor products or shoddy service.

Discover great deals and savings on travel, shopping, dining and entertainment, health needs and more as an AARP Member.

3 Ways to End a Contract

1. Do your research: Several states have laws restricting long-term, binding personal service contracts. Check with your state's consumer-affairs agency to find out what the rules are where you live.

2. Negotiate: Businesses don't want customers bad-mouthing the company. Before publicly airing a grievance, tell the management that giving you a refund may cost less than enforcing the contract.

3. Go public: If all else fails, gently inform the management that you plan to distribute flyers telling your story on the public sidewalk in front of the business. Don't be surprised if the company reconsiders.

Ron Burley is a consumer advocate. He writes the On Your Side column for AARP.